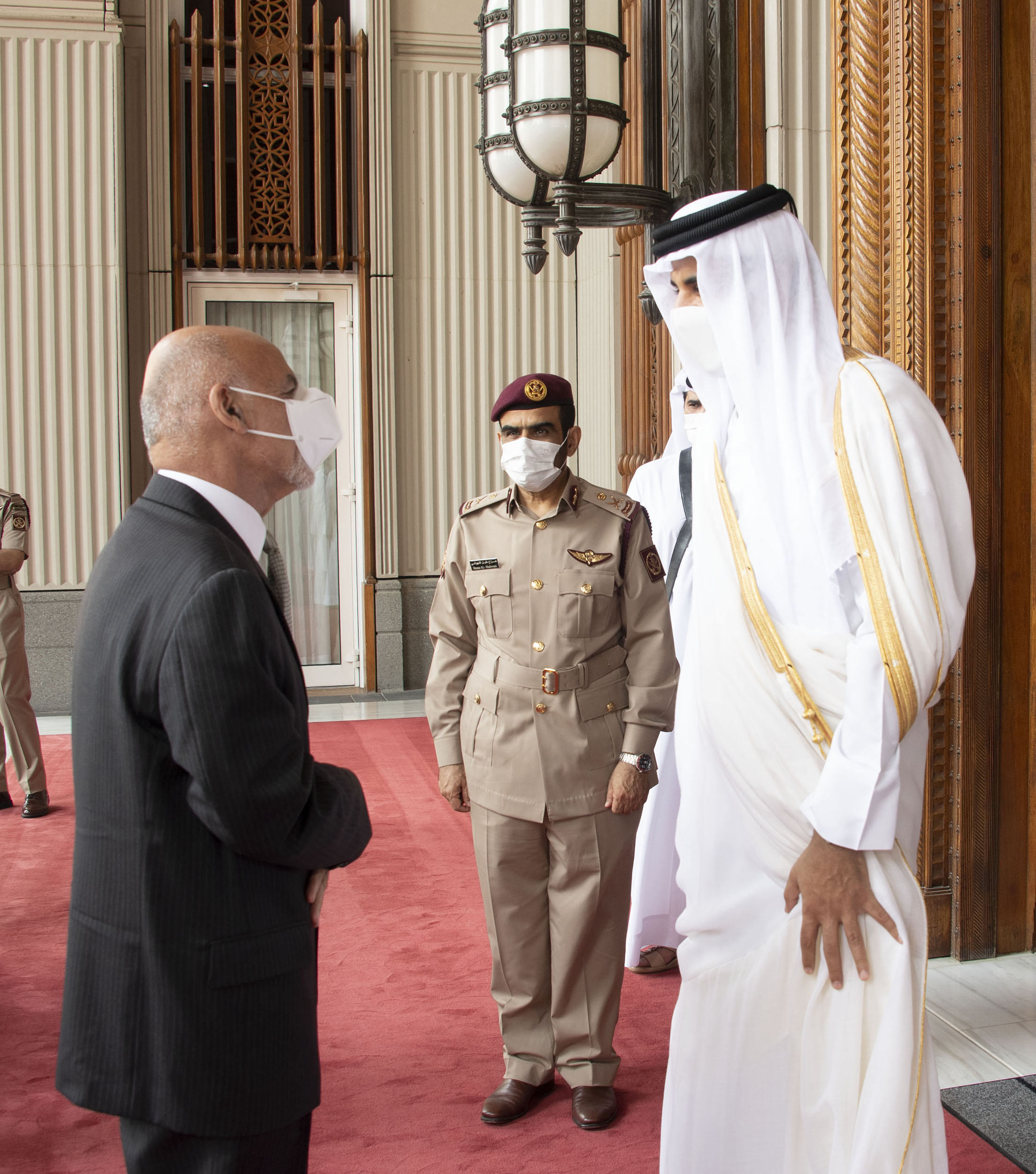 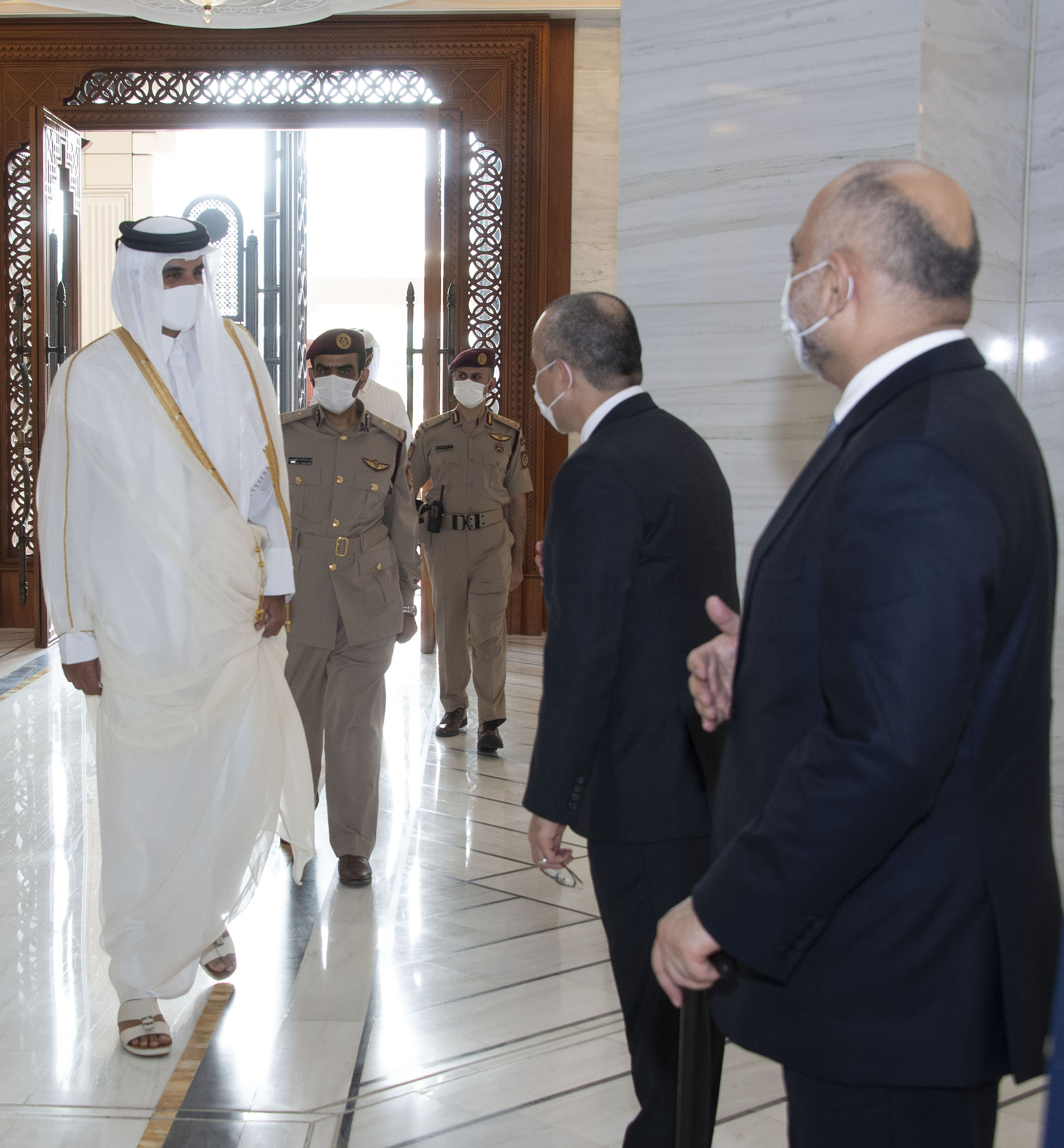 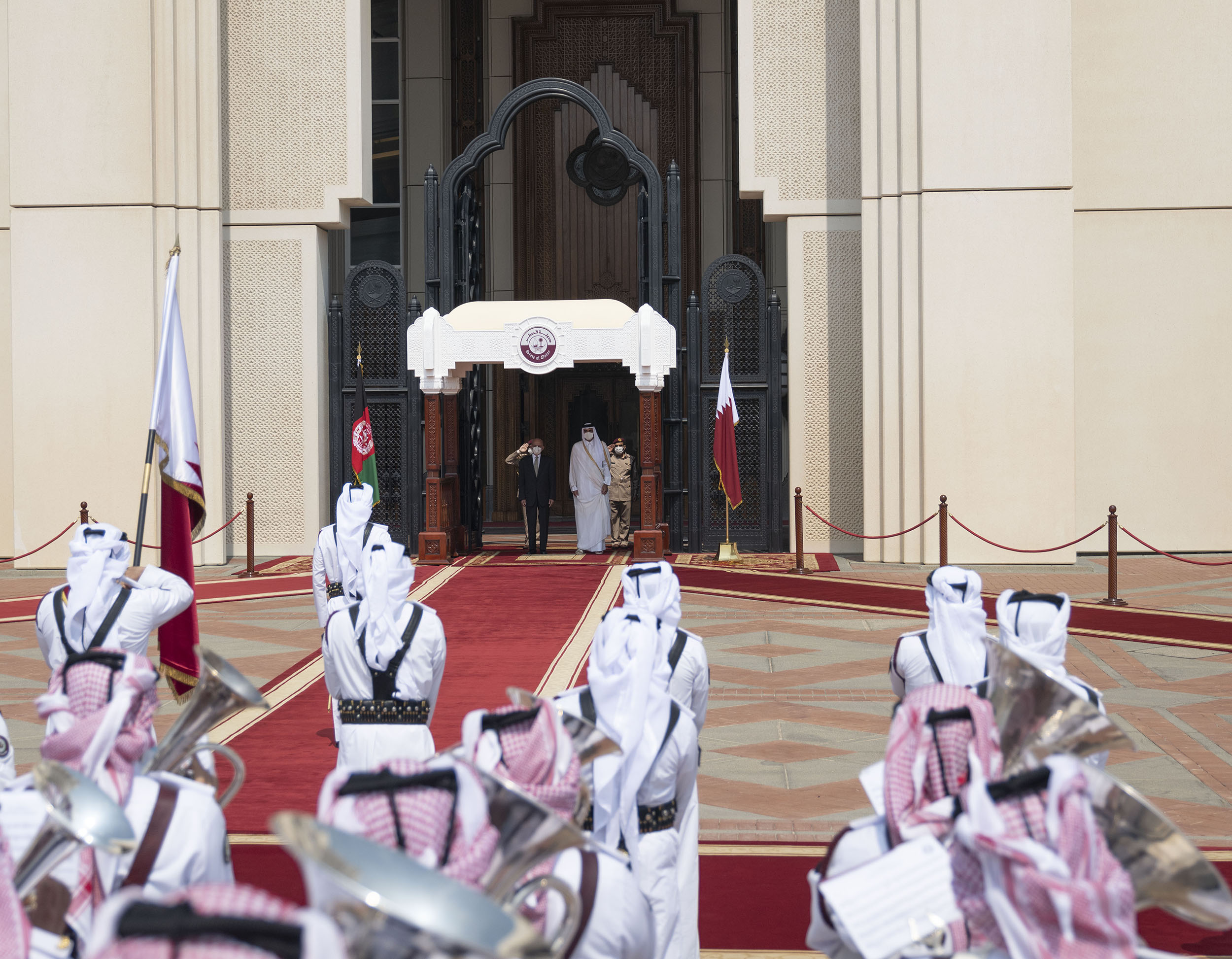 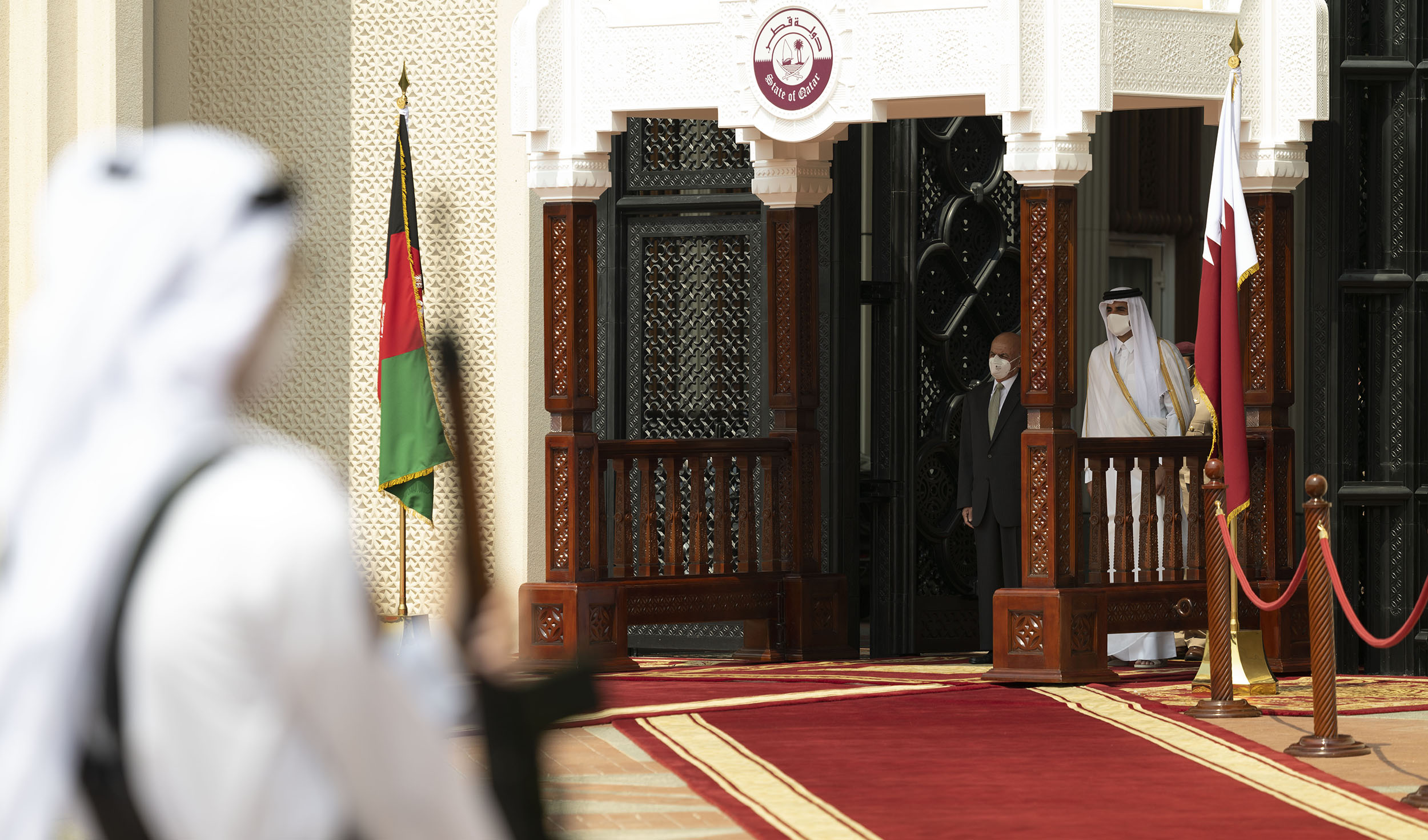 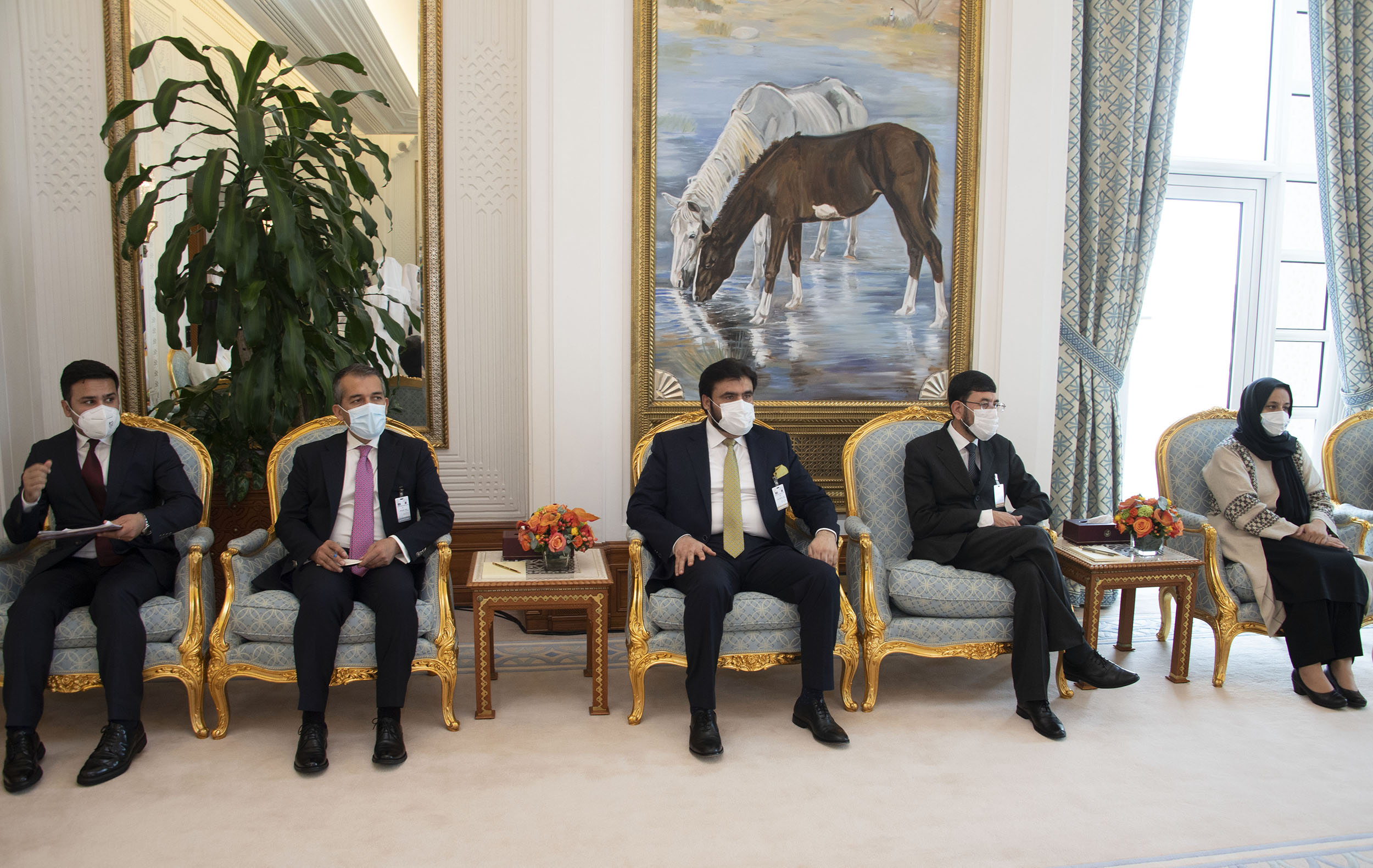 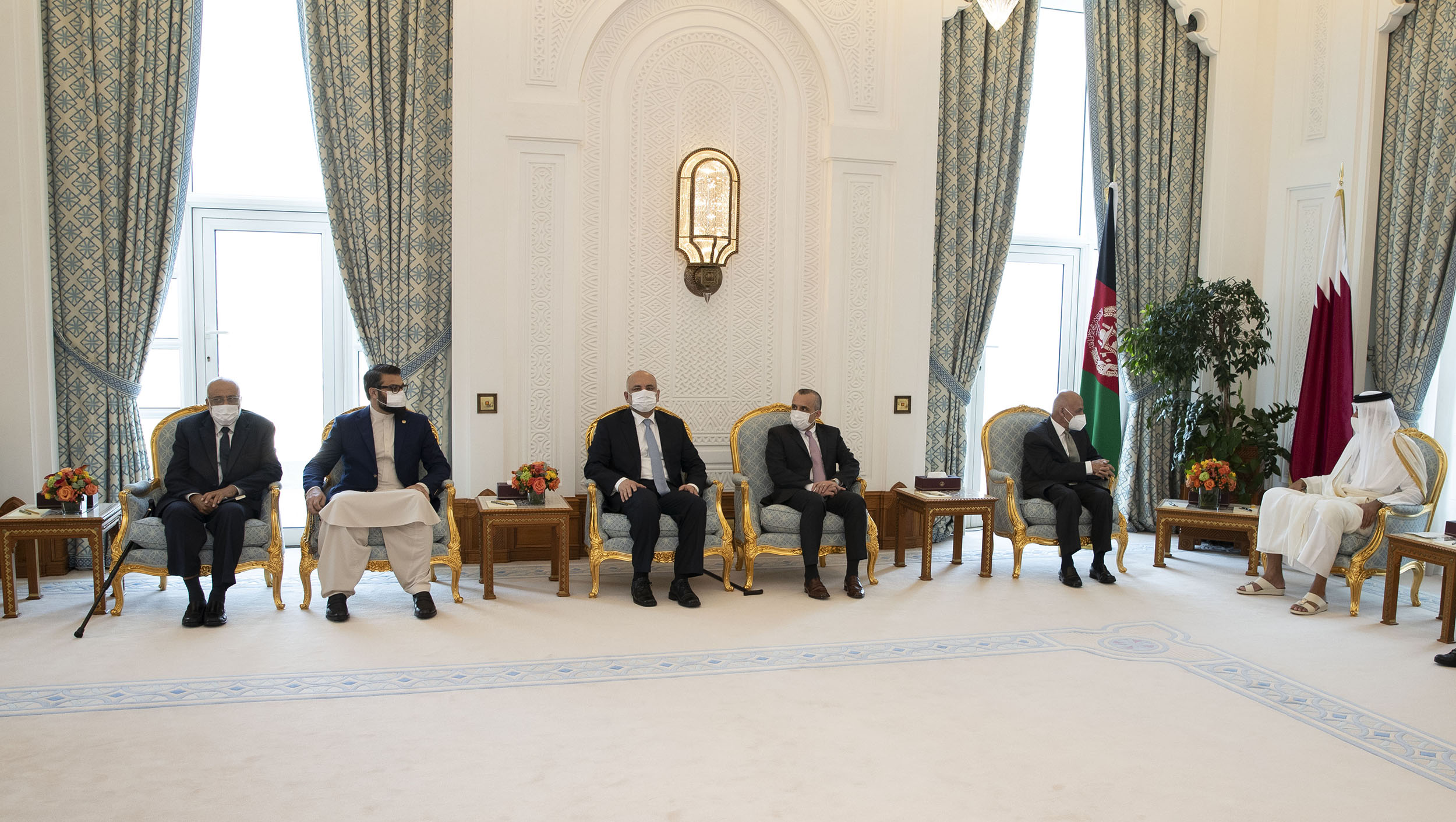 His Highness The Amir Sheikh Tamim bin Hamad Al Thani and HE President of Islamic Republic of Afghanistan Dr. Mohammad Ashraf Ghani held a session of official talks at the Amiri Diwan on Tuesday.

At the beginning of the session, HH The Amir welcomed HE the Afghan President and the accompanying delegation, expressing his confidence that this visit will contribute to strengthening bilateral relations between the two countries.

For his part, the Afghan President expressed his thanks and appreciation to HH The Amir for the warm reception and stressed the importance of relations between the two countries.

His Excellency also appreciated the State of Qatar's hosting of the Afghan peace negotiations and praised its role and commitment to peace in his country and its efforts to host this round of negotiations in order to reach lasting peace.

During the talks, the two sides reviewed bilateral relations and the means of developing and strengthening them in various fields.

The talks also dealt with developments in Afghanistan in light of the Afghan peace negotiations currently underway in Doha, in order to achieve security, stability and peace in Afghanistan.

An official reception was held for HE the President of Afghanistan upon his arrival at the Amiri Diwan.