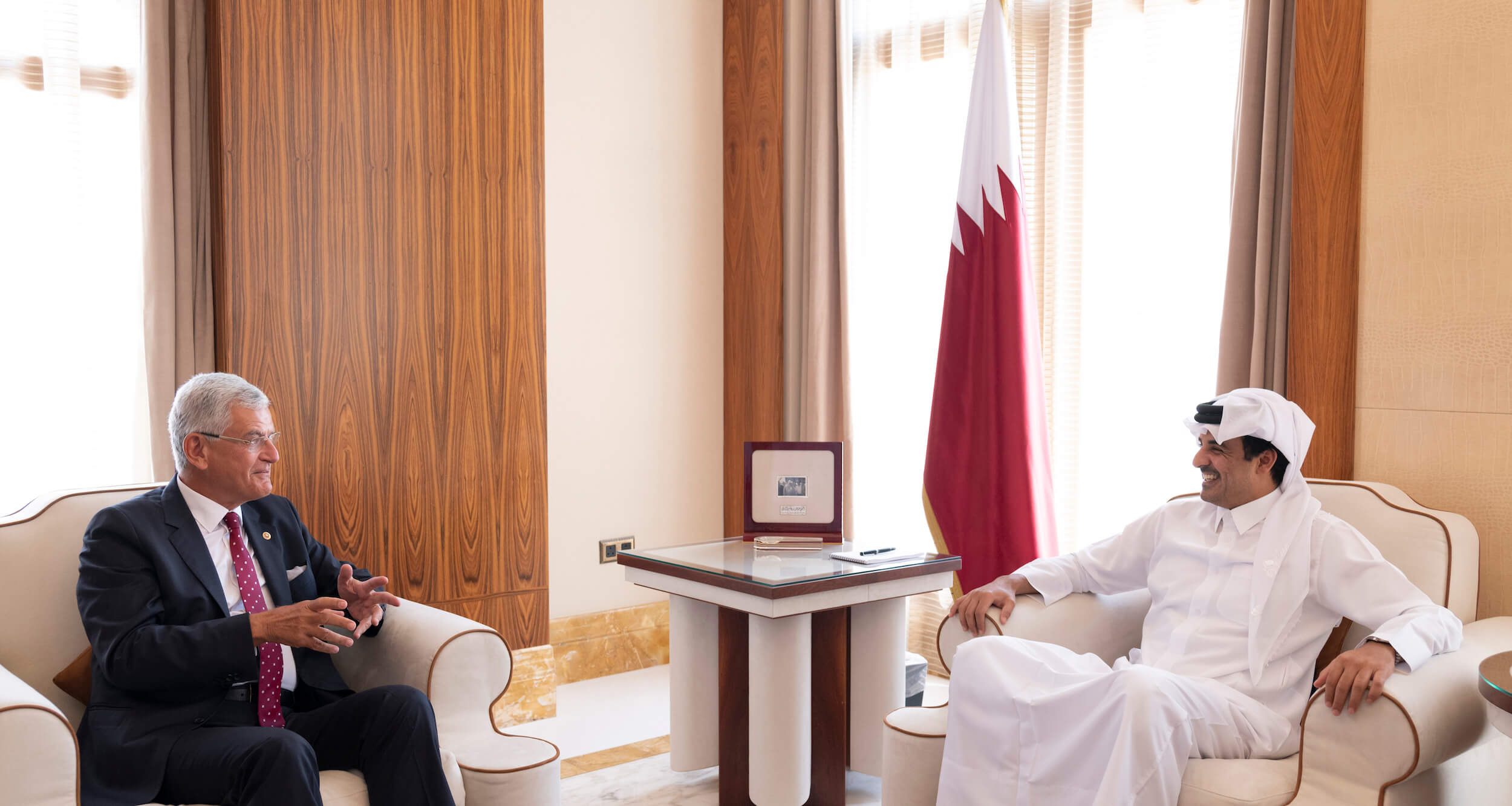 His Highness The Amir Sheikh Tamim bin Hamad Al Thani received on Wednesday morning at his office in Al Bahr Palace, HE the President of the 75th session of the General Assembly Volkan Bozkir, and the accompanying delegation on the occasion of their visit to the country.

At the beginning of the meeting, HH The Amir congratulated HE Bozkir on his election as President of the 75th Session of the United Nations General Assembly, wishing him success in his duties.

For his part, HE Bozkir expressed his wishes to continue expanding further cooperation between the State of Qatar and the United Nations during his term as president.

The meeting dealt with a number of regional and international issues, as well as the most prominent global developments.