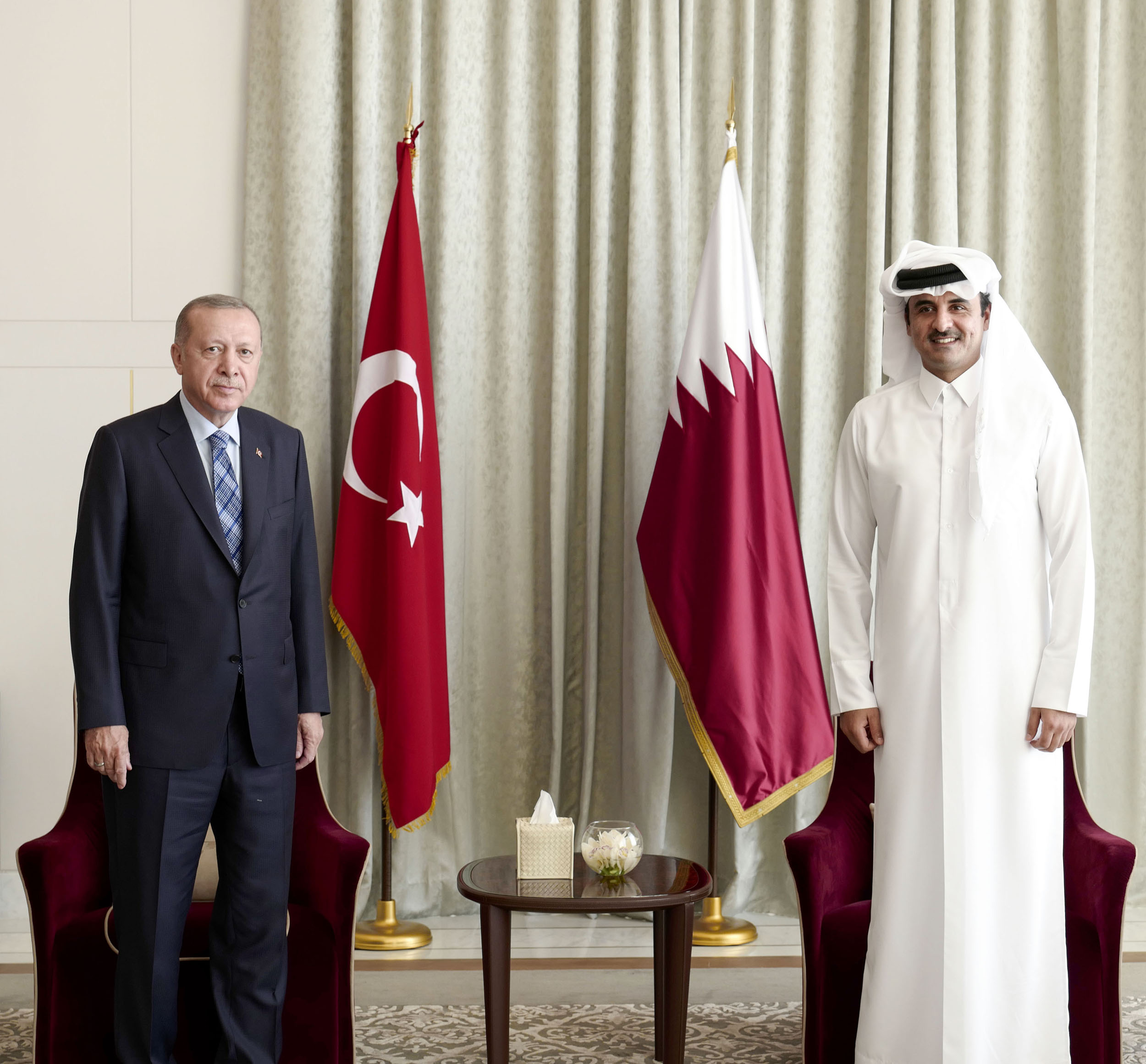 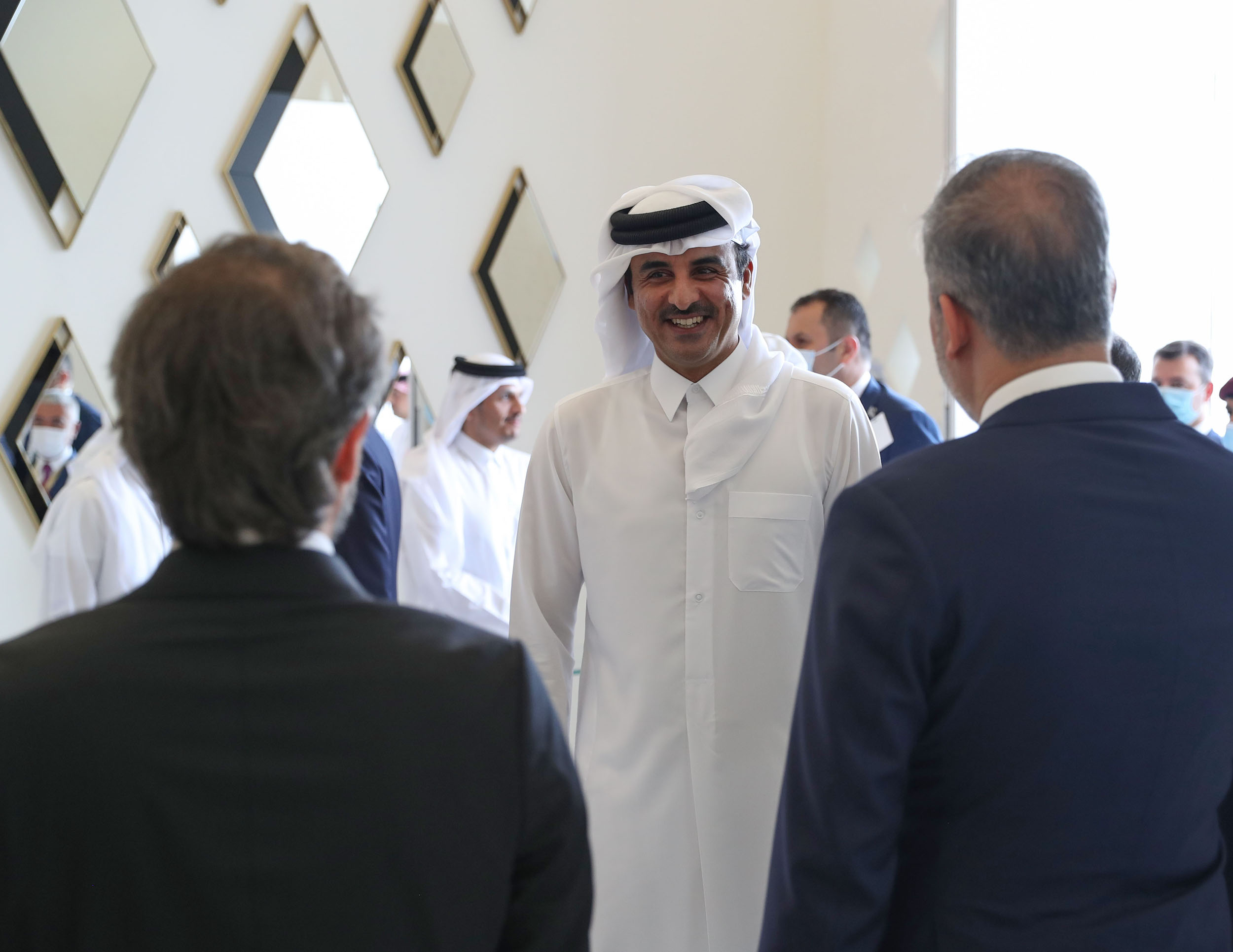 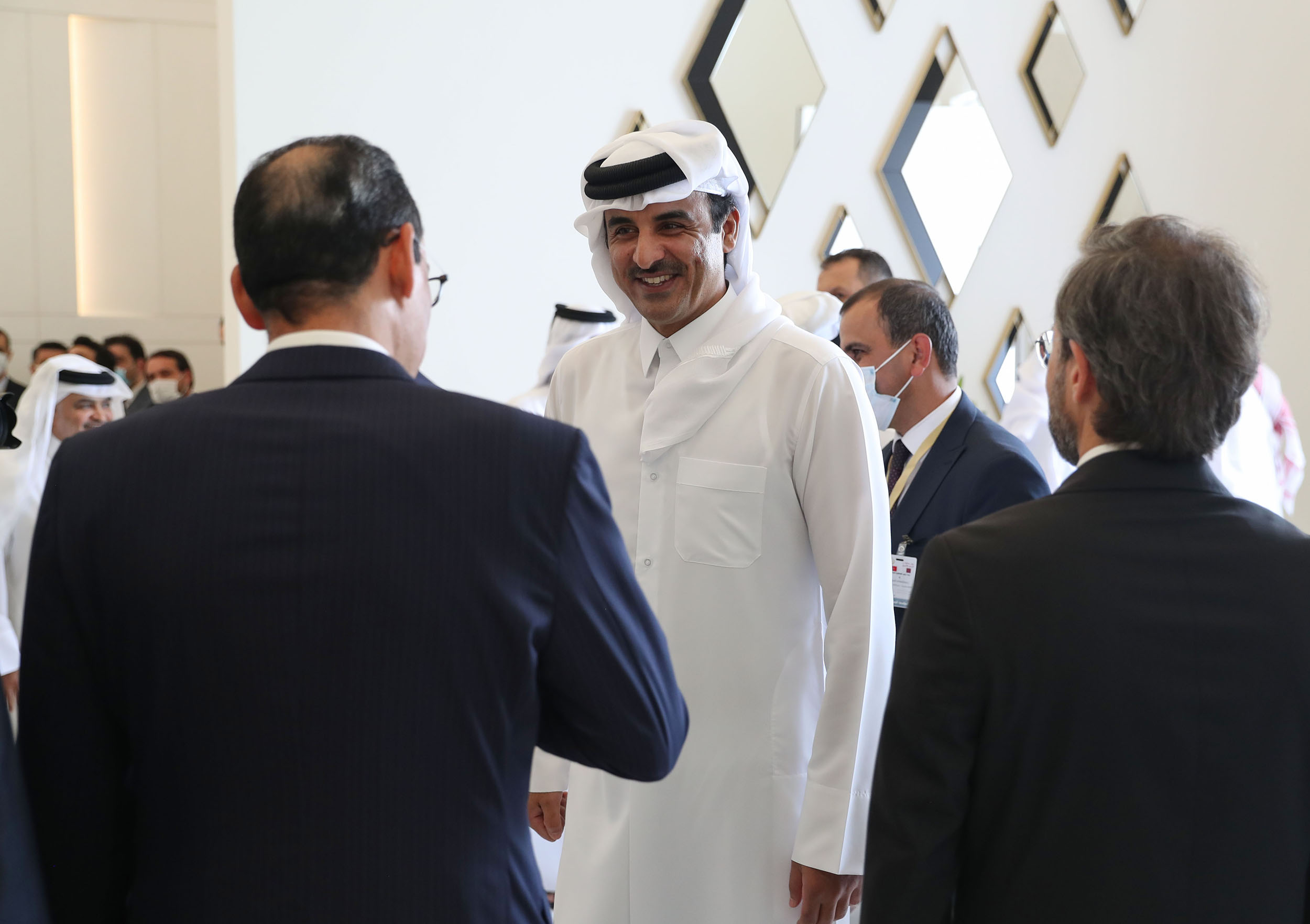 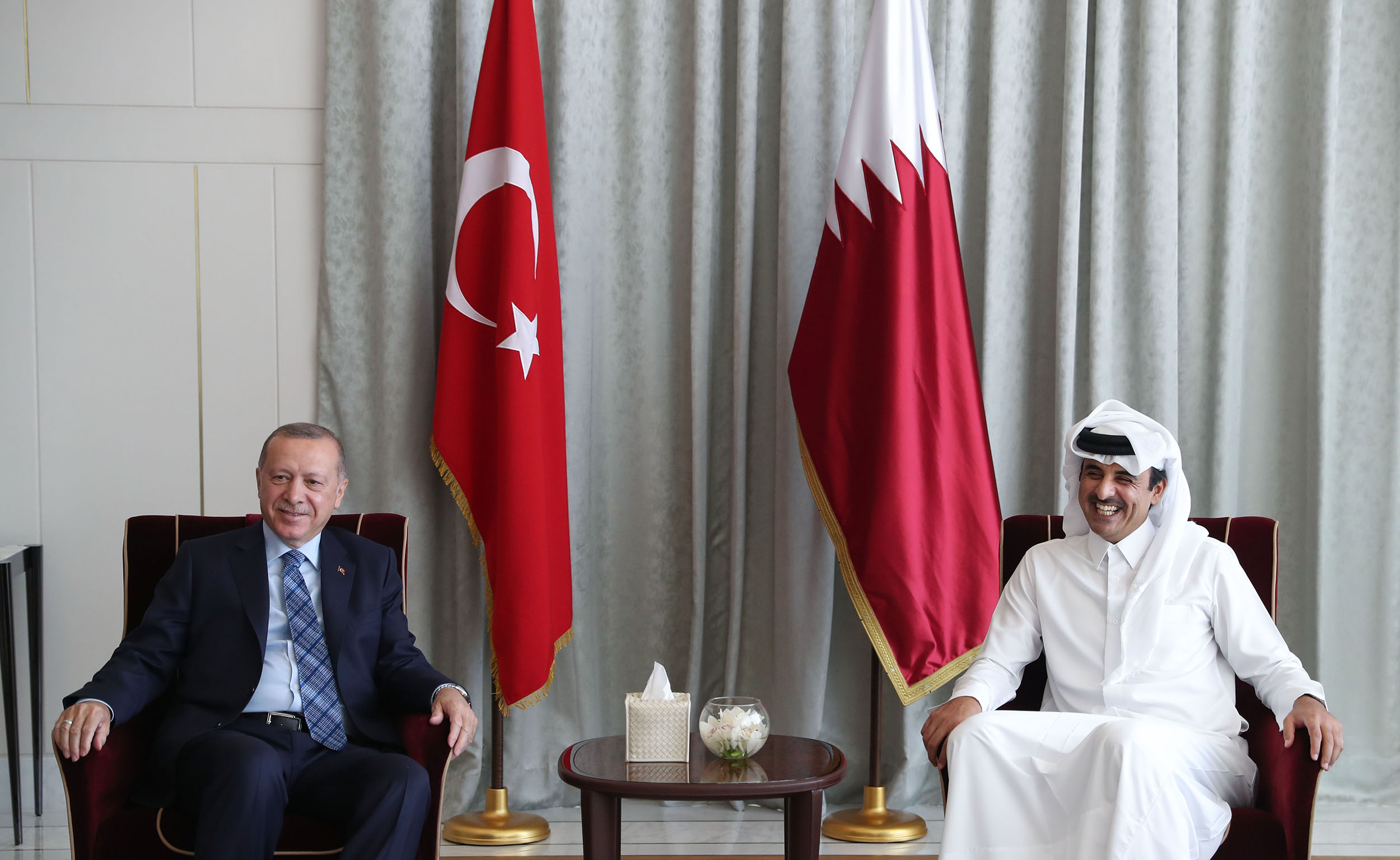 During the meeting held at the Pearl Palace this afternoon, HH The Amir and HE the Turkish President discussed the latest developments in Palestine, Libya, Syria and Yemen, in addition to exchanging views on international issues of common concern.