HH The Amir Receives Commander of the US. Central Command 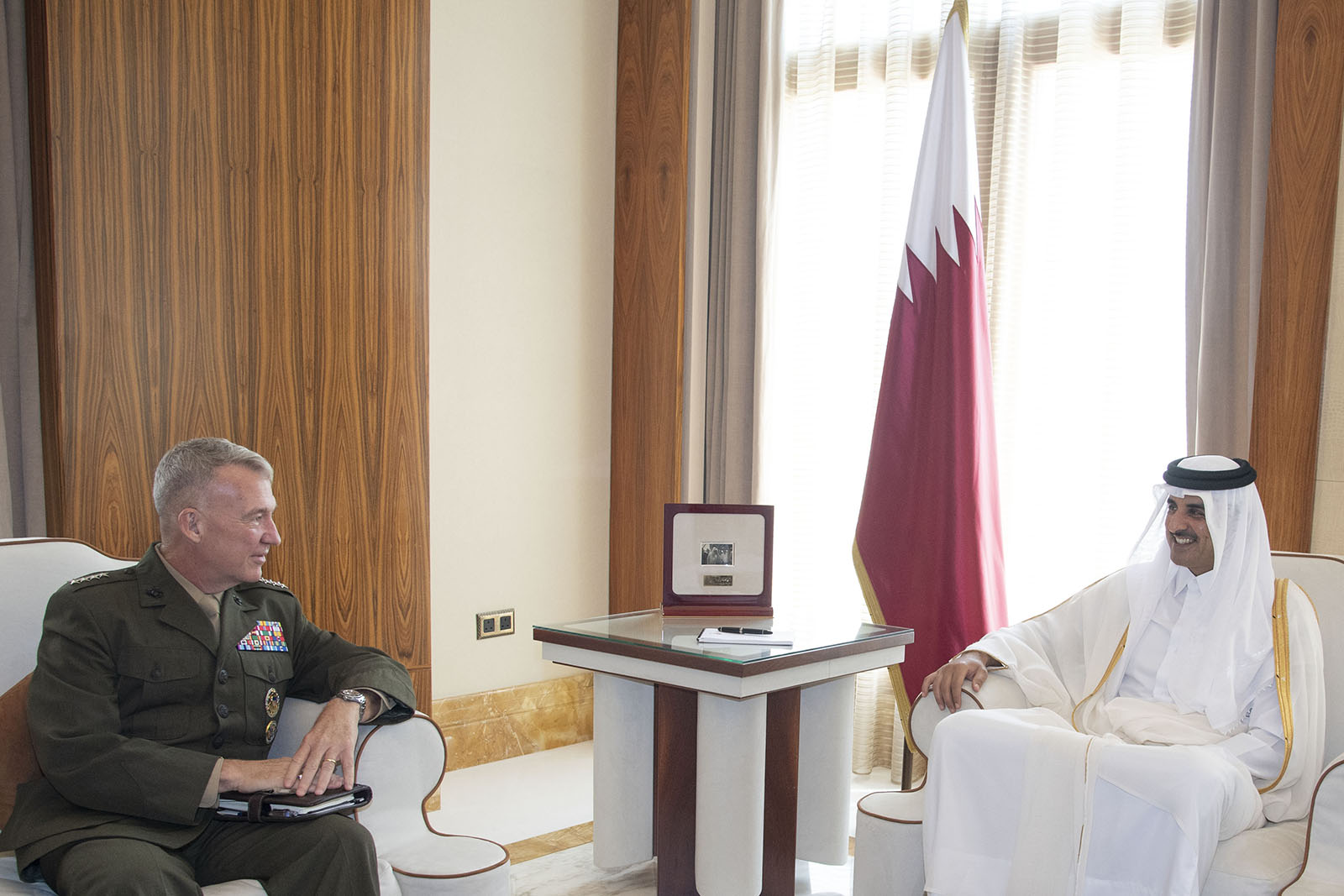 His Highness The Amir Sheikh Tamim bin Hamad Al Thani received on Thursday morning at Al Bahr Palace HE the Commander of the United States Central Command in the Middle East General Kenneth McKenzie and his accompanying delegation on the occasion of their visit to the country.

During the meeting, they reviewed the strategic cooperation relations between the two friendly countries and ways of enhancing them, especially in the military and defense fields. They also discussed joint efforts to enhance the security and stability of the region. In this regard, HE the General expressed his thanks to HH The Amir for hosting the American forces at Al Udeid Air Base and for the pivotal role of the State of Qatar as a major partner in the field of combating terrorism.