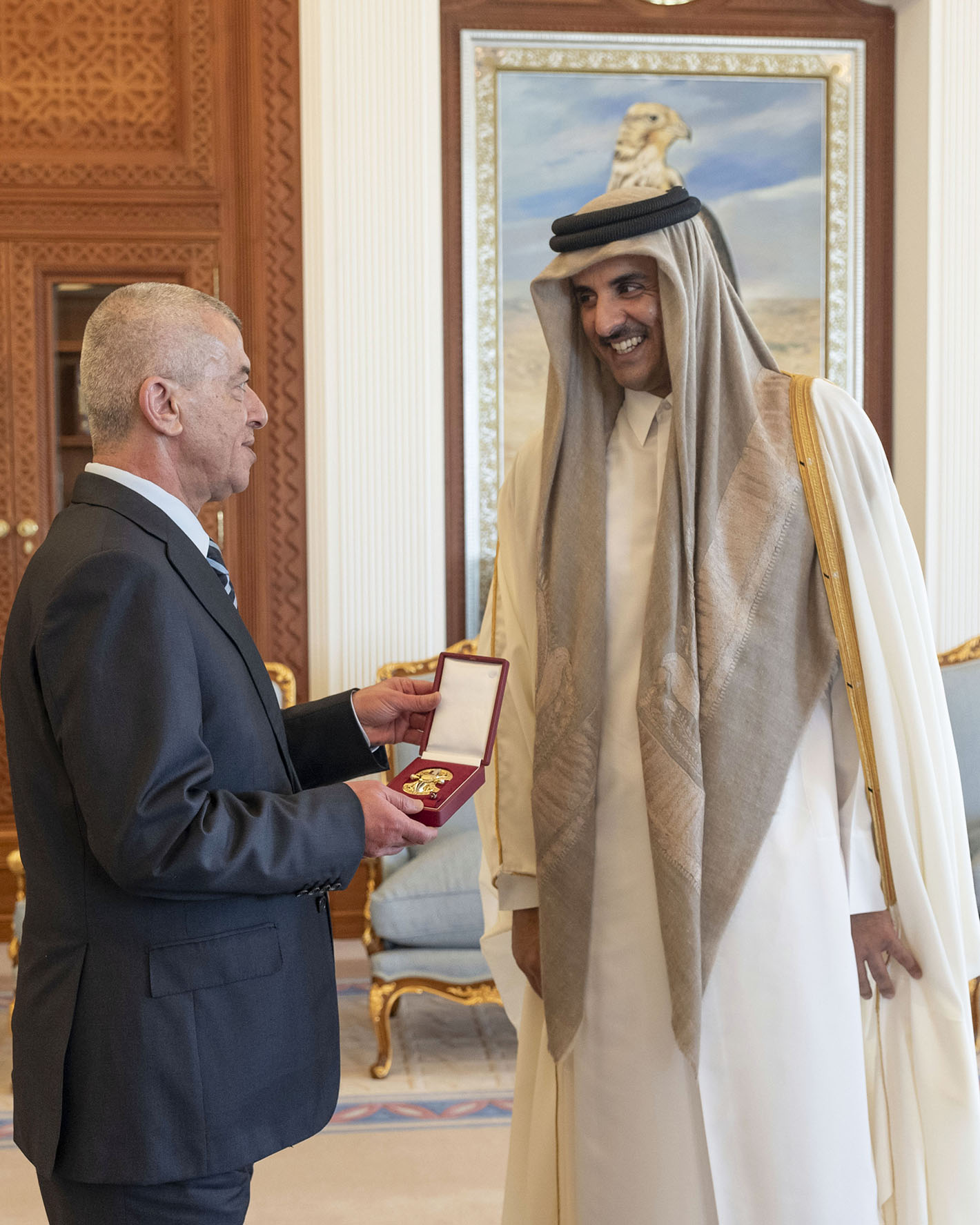 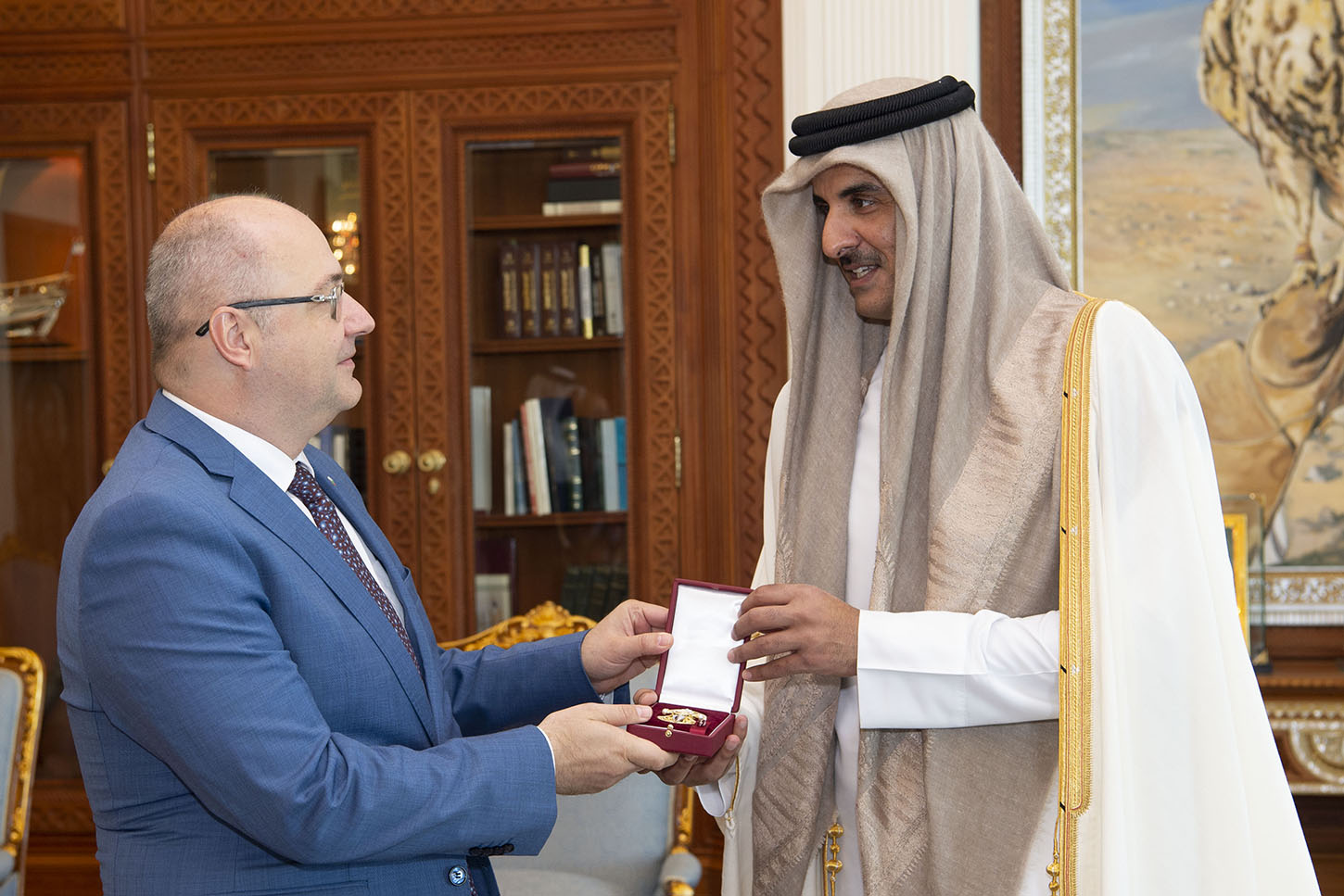 His Highness The Amir Sheikh Tamim bin Hamad Al Thani received at the Amiri Diwan office this morning morning HE Ambassador of the Lebanese Republic Hassan Qassim Najem and HE Ambassador of the Republic of Bulgaria Metin Hussein Kazak, who called on HH The Amir to greet him on the occasion of the end of their terms in the country.

HH The Amir granted Their Excellencies the Ambassadors the Al Wajbah Decoration in recognition of their role in enhancing relations between Qatar and their countries, wishing them success in their future tasks and further progress and development for the relations.