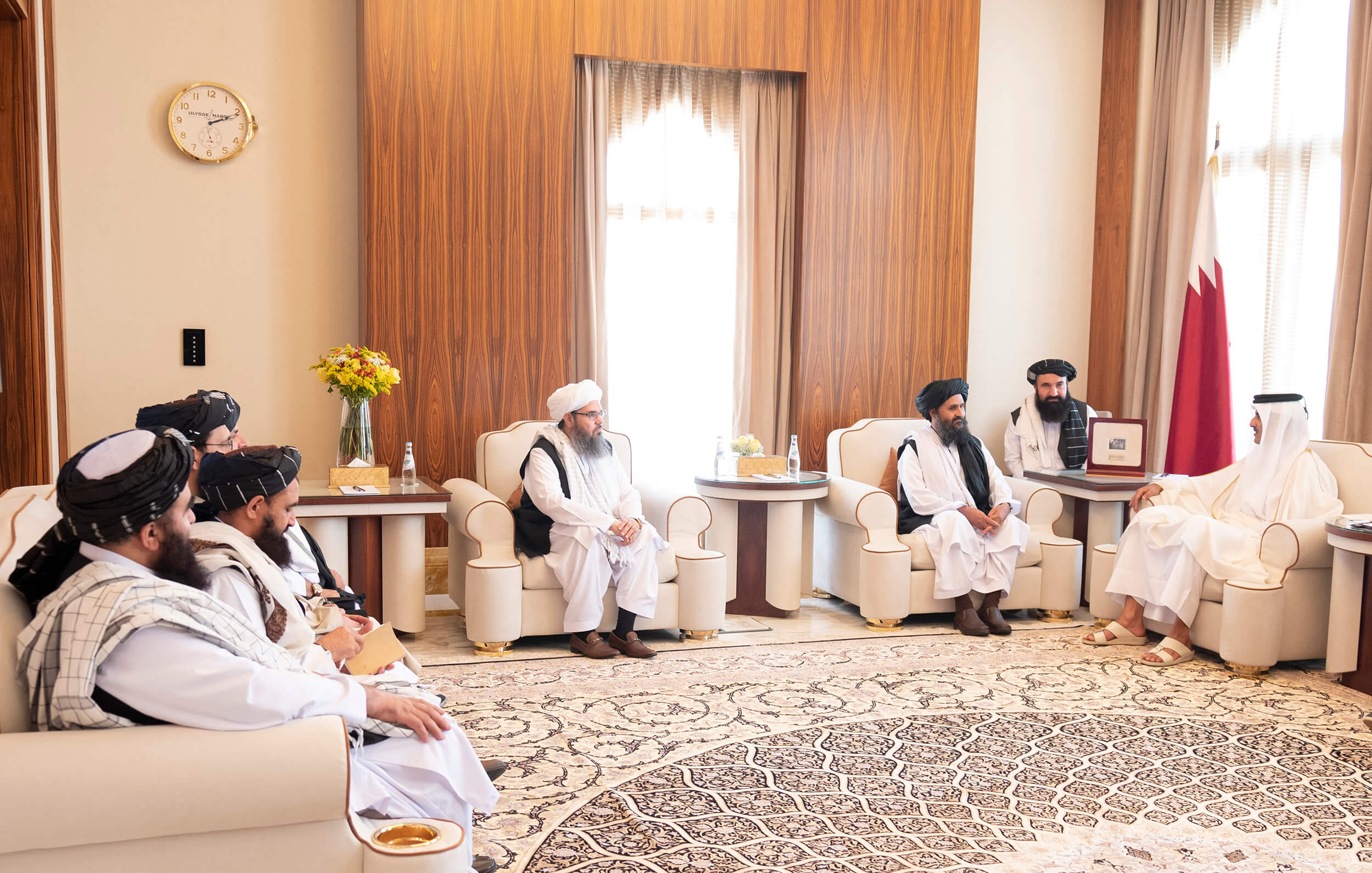 His Highness The Amir Sheikh Tamim bin Hamad Al Thani received on Saturday at his Al Bahr Palace office Head of the Political Office of Afghan Taliban Mullah Abdul Ghani Baradar and his accompanying delegation on the occasion of their visit to the country to participate in the signing of a peace agreement between the United States and the Afghan Taliban.

The meeting reviewed the latest developments in Afghanistan. Furthermore Mullah Abdul Ghani Baradar expressed their deep thanks and appreciation to His Highness for the State of Qatar's generous mediation between the U.S. and the Taliban movement, which is culminated in the agreement that will be signed today, to end many years of war and fighting between the two sides.

HH The Amir congratulated the delegation on reaching this important moment in the history of Afghanistan, hoping that security and peace will prevail throughout the Islamic Republic of Afghanistan.