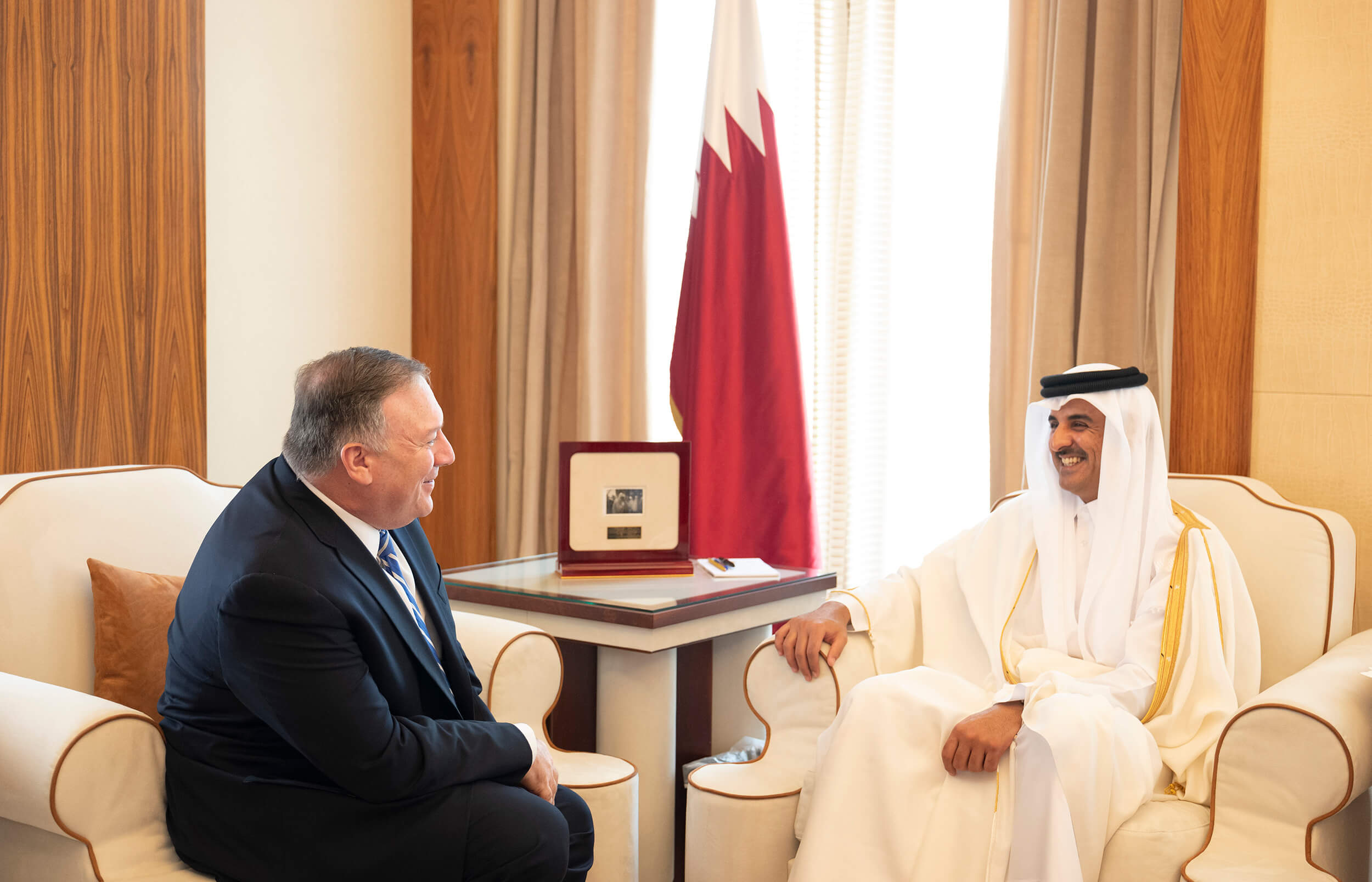 His Highness The Amir Sheikh Tamim bin Hamad Al Thani received HE the U.S. Secretary of State Mike Pompeo and his accompanying delegation at His Highness' office in Al Bahr Palace on Saturday afternoon, on the occasion of their visit to the country to attend the signing ceremony of the Afghanistan peace agreement.

During the meeting, HE U.S. Secretary of State extended thanks to HH The Amir for hosting the signing ceremony of the peace agreement between the U.S. and Taliban, and for undertaking the rounds of negotiations between the two sides to facilitate access to the agreement,  appreciating the mediation efforts made by the State of Qatar to resolve disputes and bring peace to the region and the world.

The meeting also dealt with the strategic bilateral relations between the U.S. and the States of Qatar and ways to support and enhance these relations, in addition to the most prominent regional and international development.