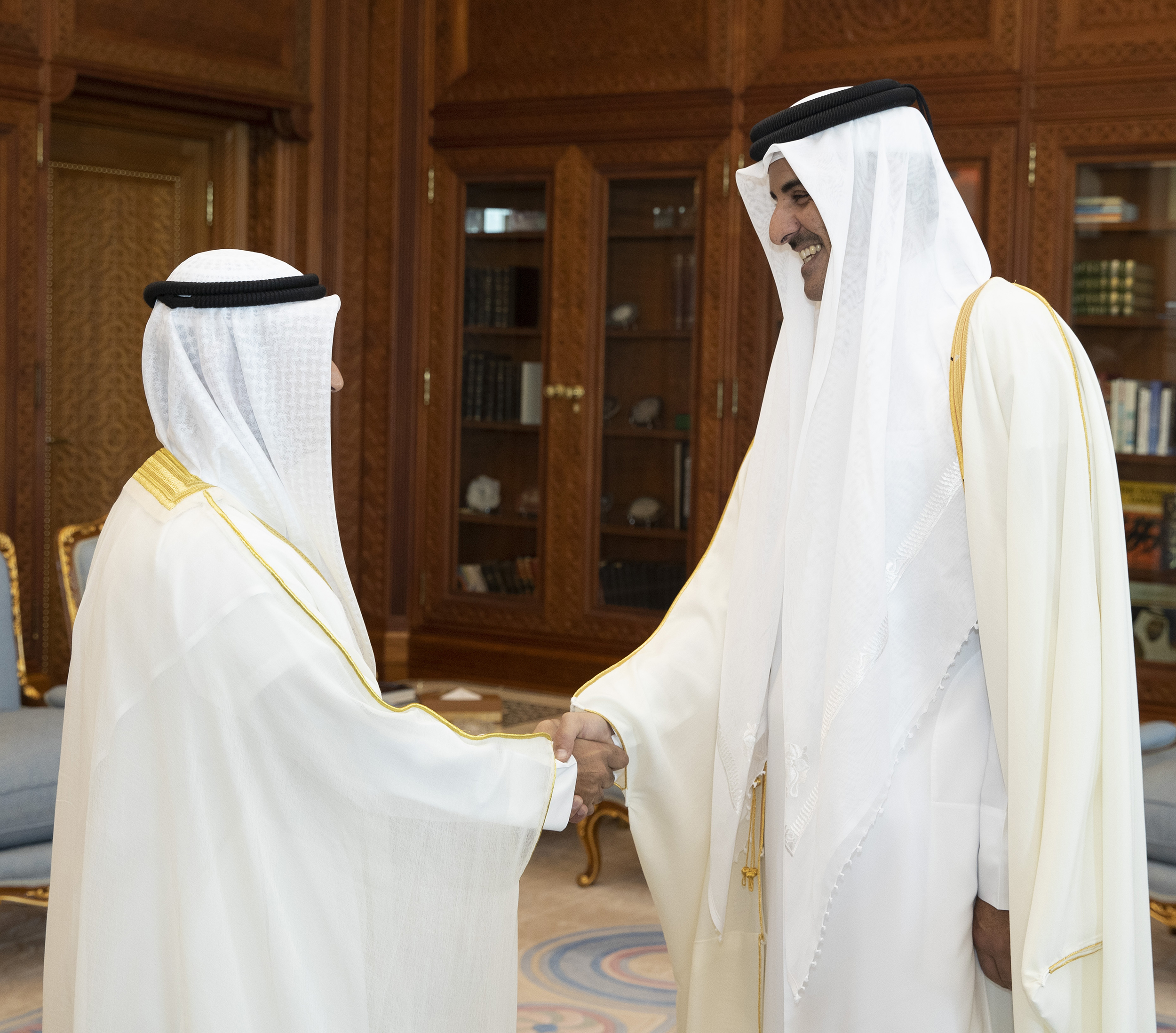 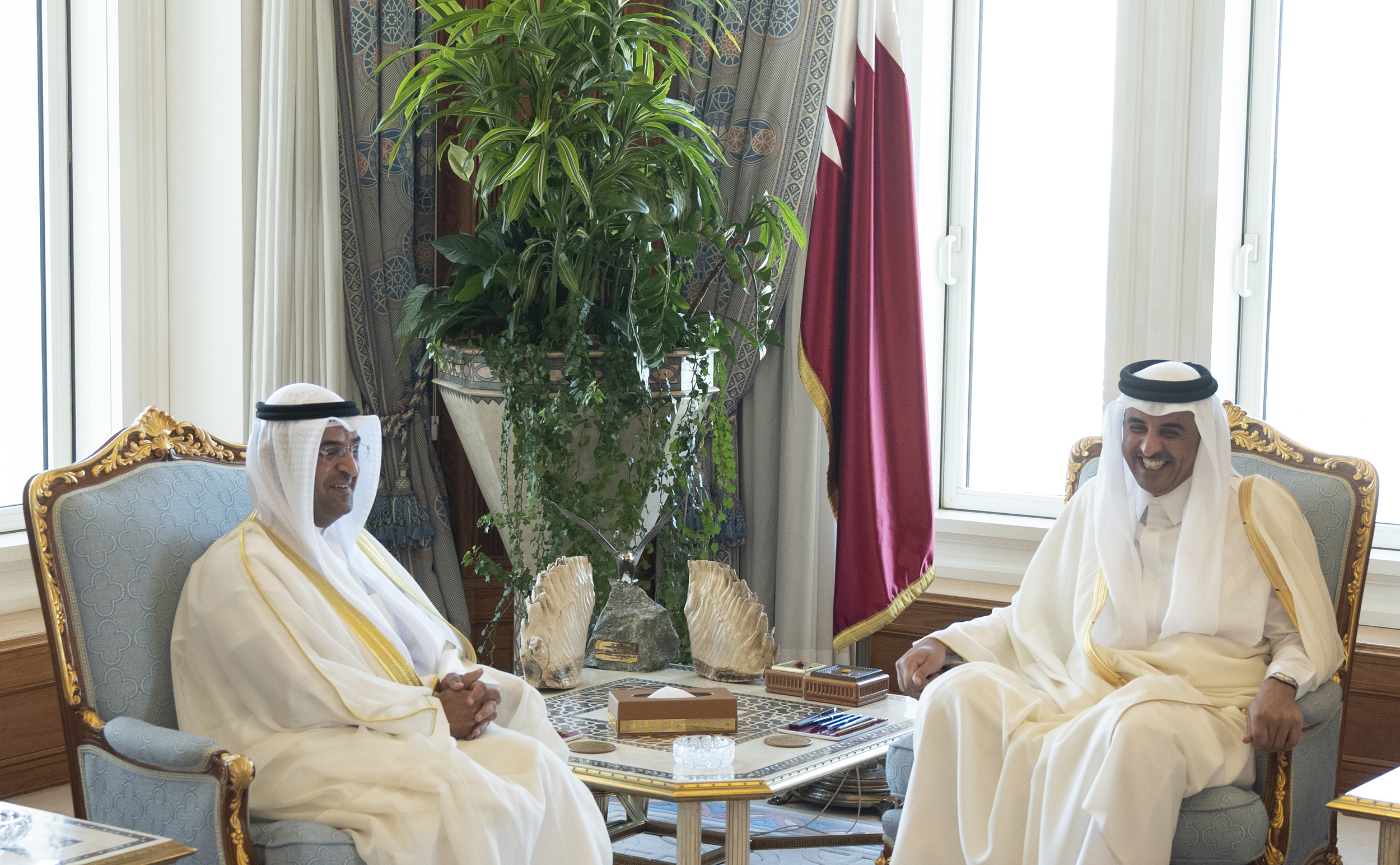 His Highness The Amir Sheikh Tamim bin Hamad Al Thani received on Thursday at his office at the Amiri Diwan HE Secretary General of the Cooperation Council for the Arab States of the Gulf (GCC) Dr. Nayef bin Falah Al Hajraf, who was greeting His Highness on the occasion of his appointment as Secretary-General.

HH The Amir congratulated HE the Secretary-General, wishing him well in his role to serve the joint interests of the people of GCC countries, stressing the State of Qatar's commitment to the unity of the GCC.

For his part, HE the Secretary-General expressed his thanks and appreciation for HH The Amir, and for the State of Qatar's role in supporting the council.