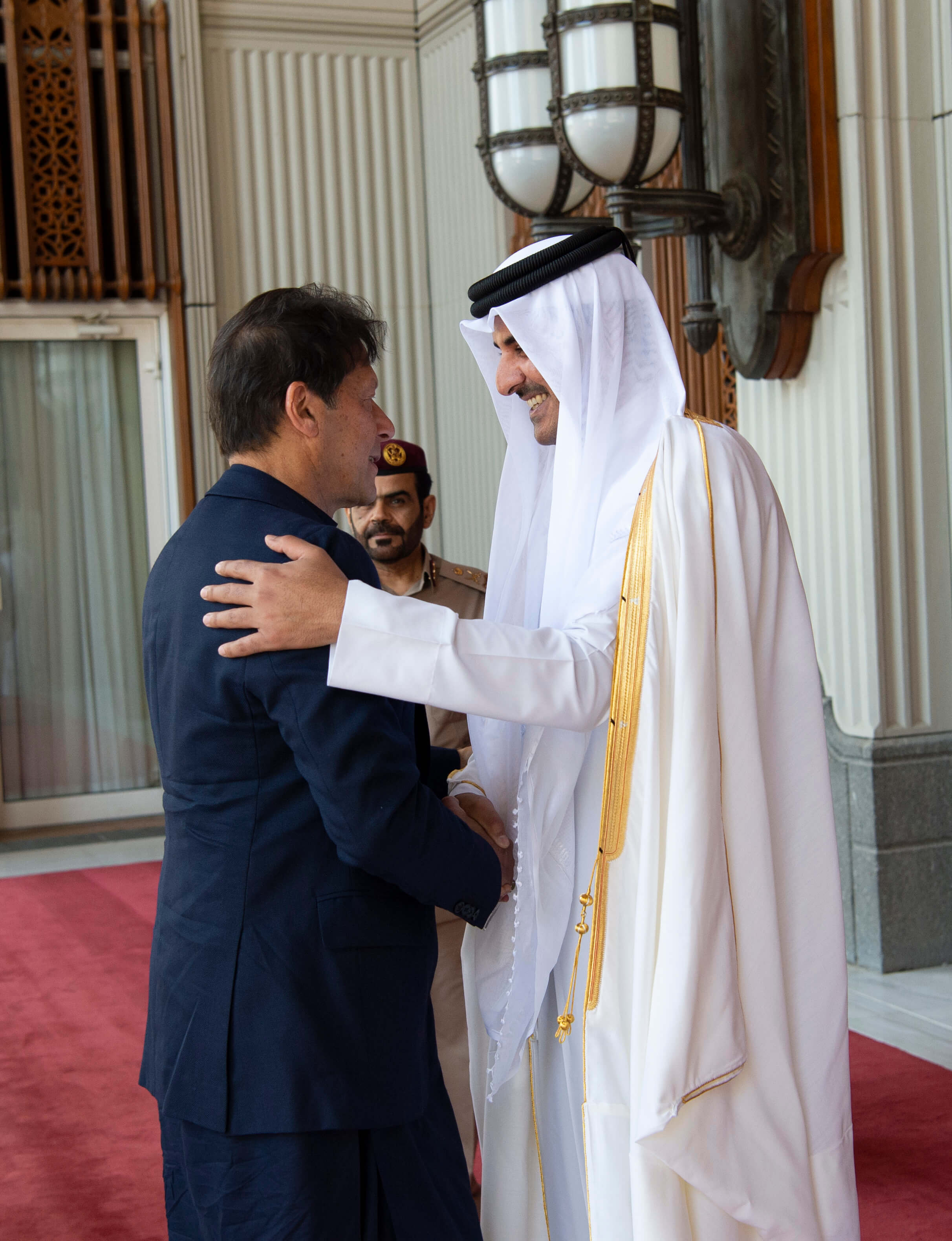 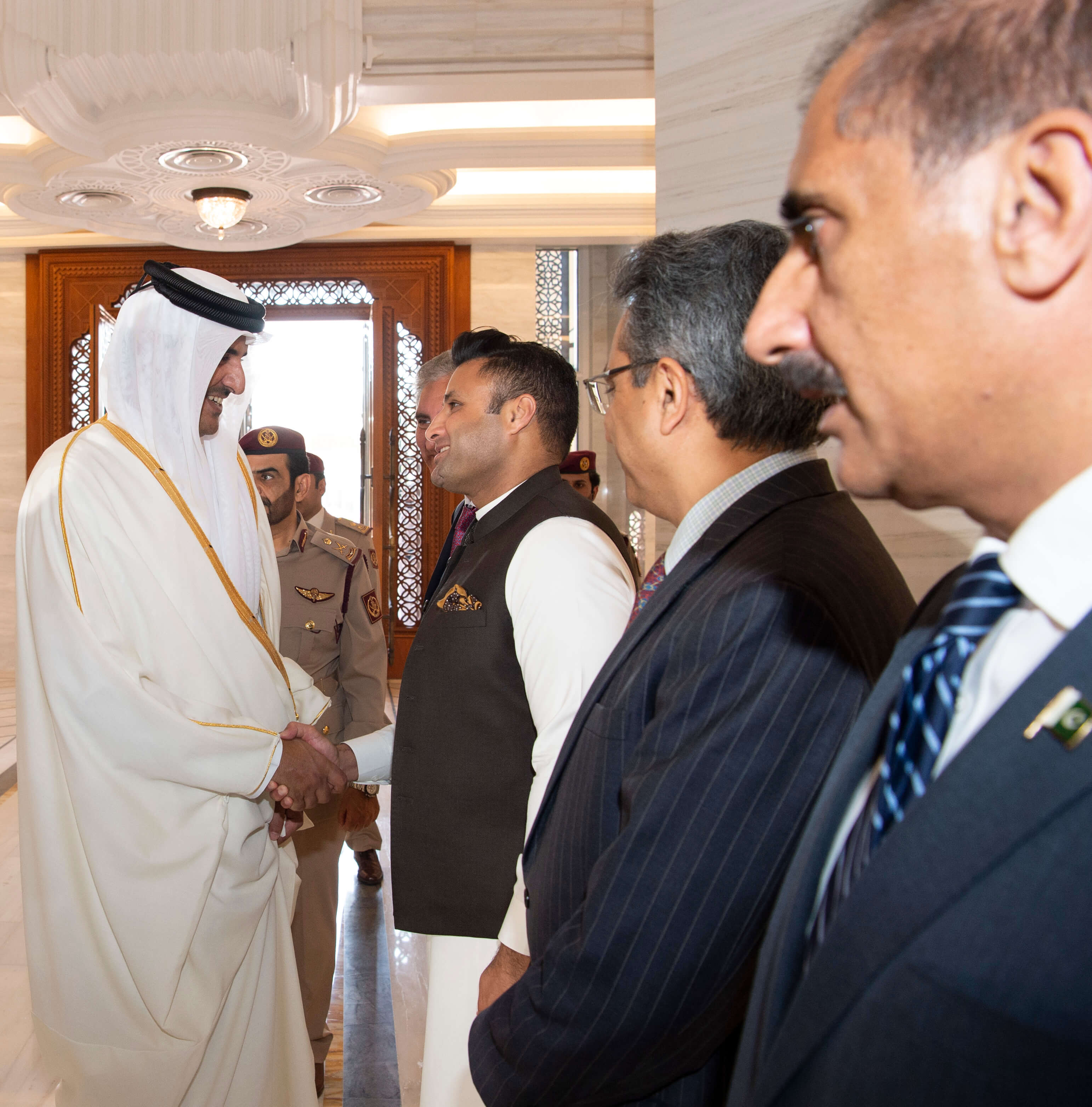 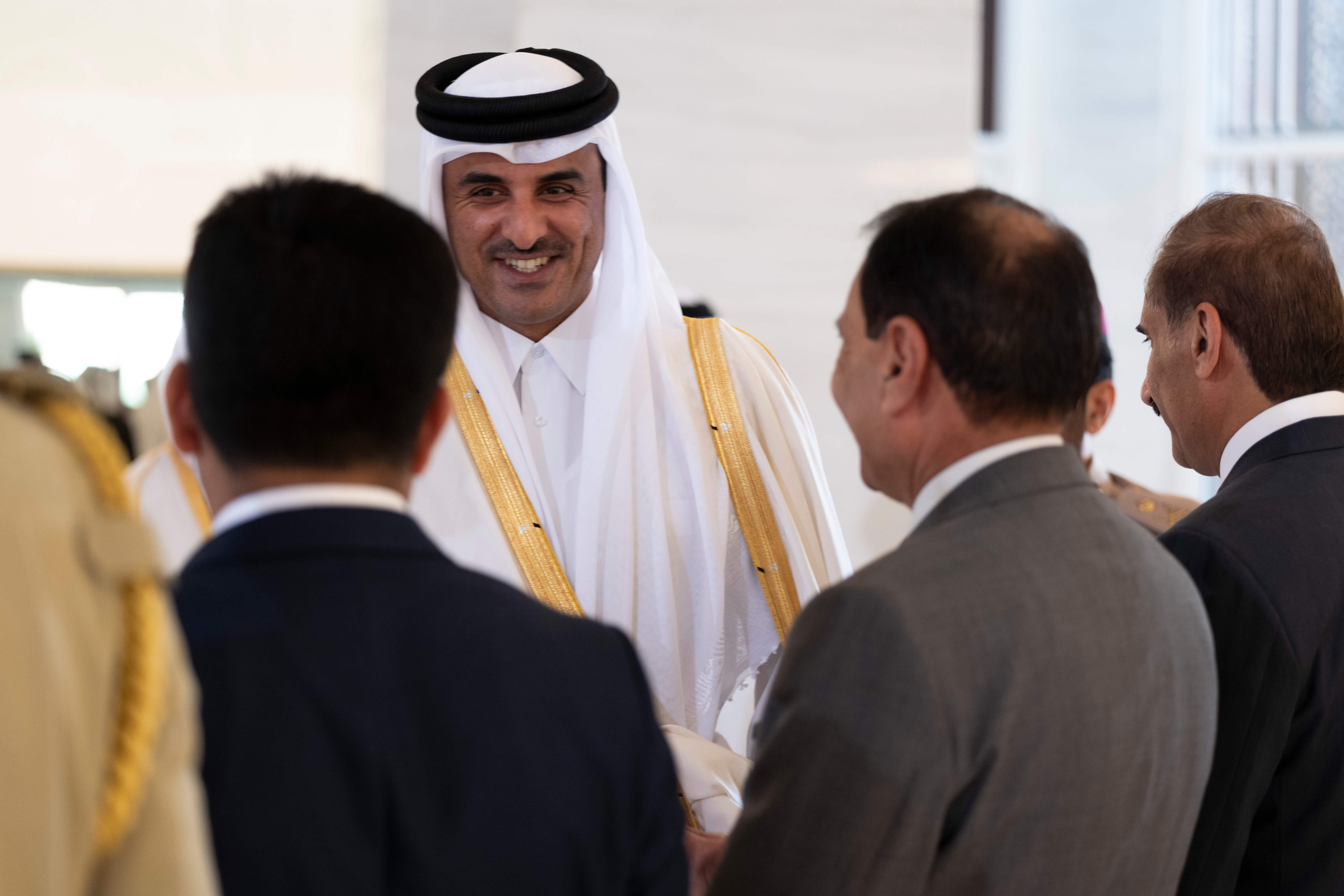 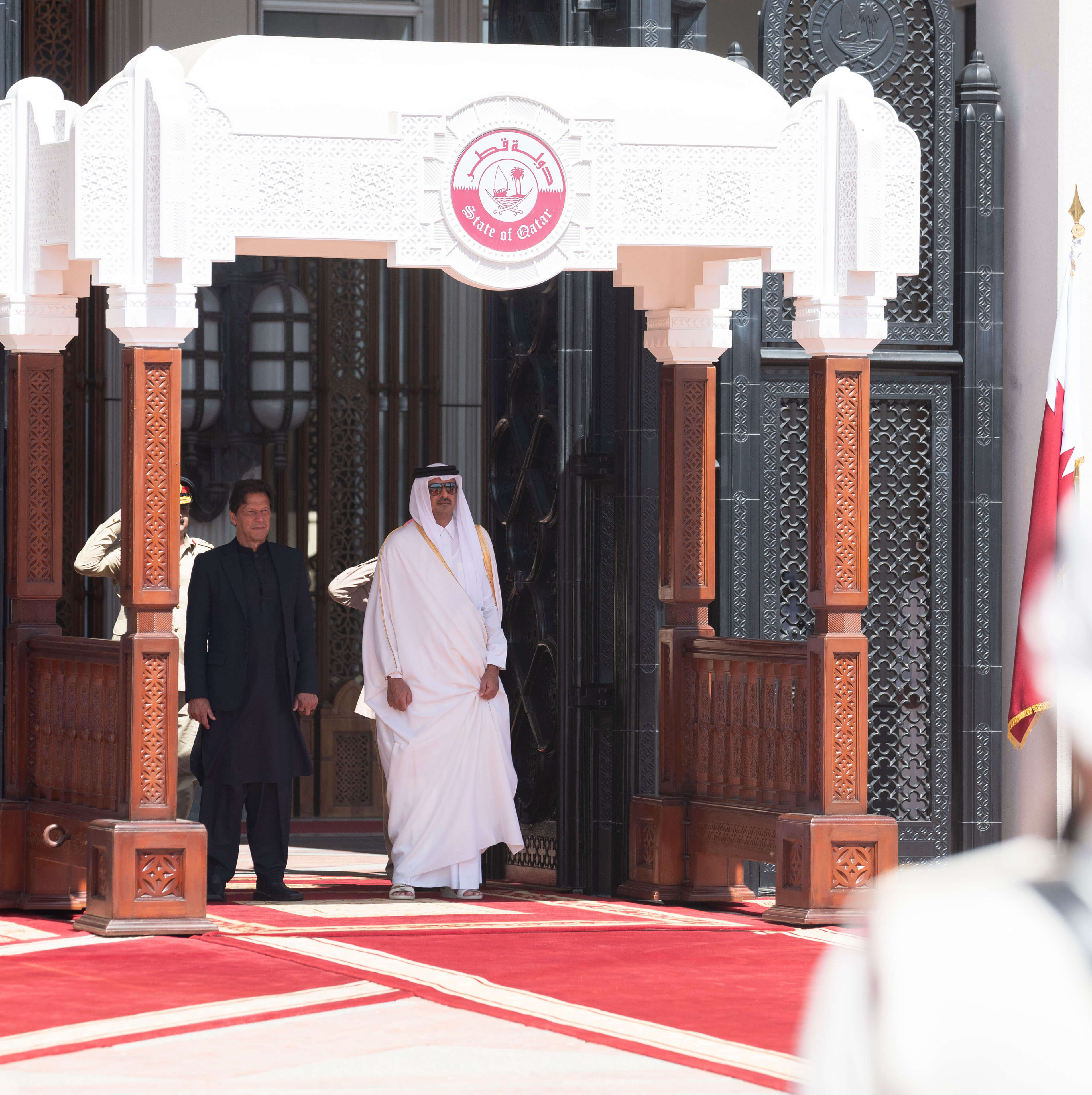 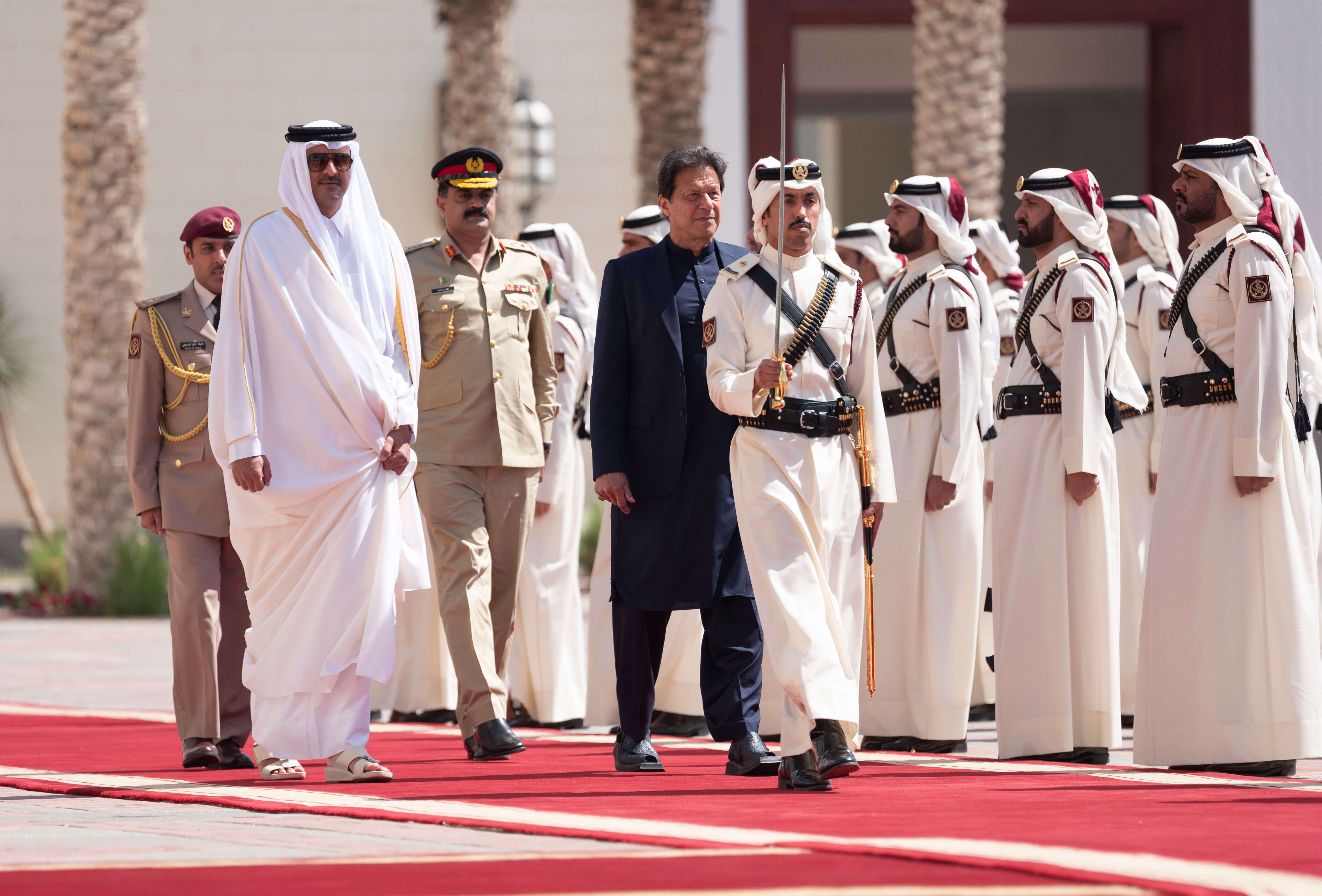 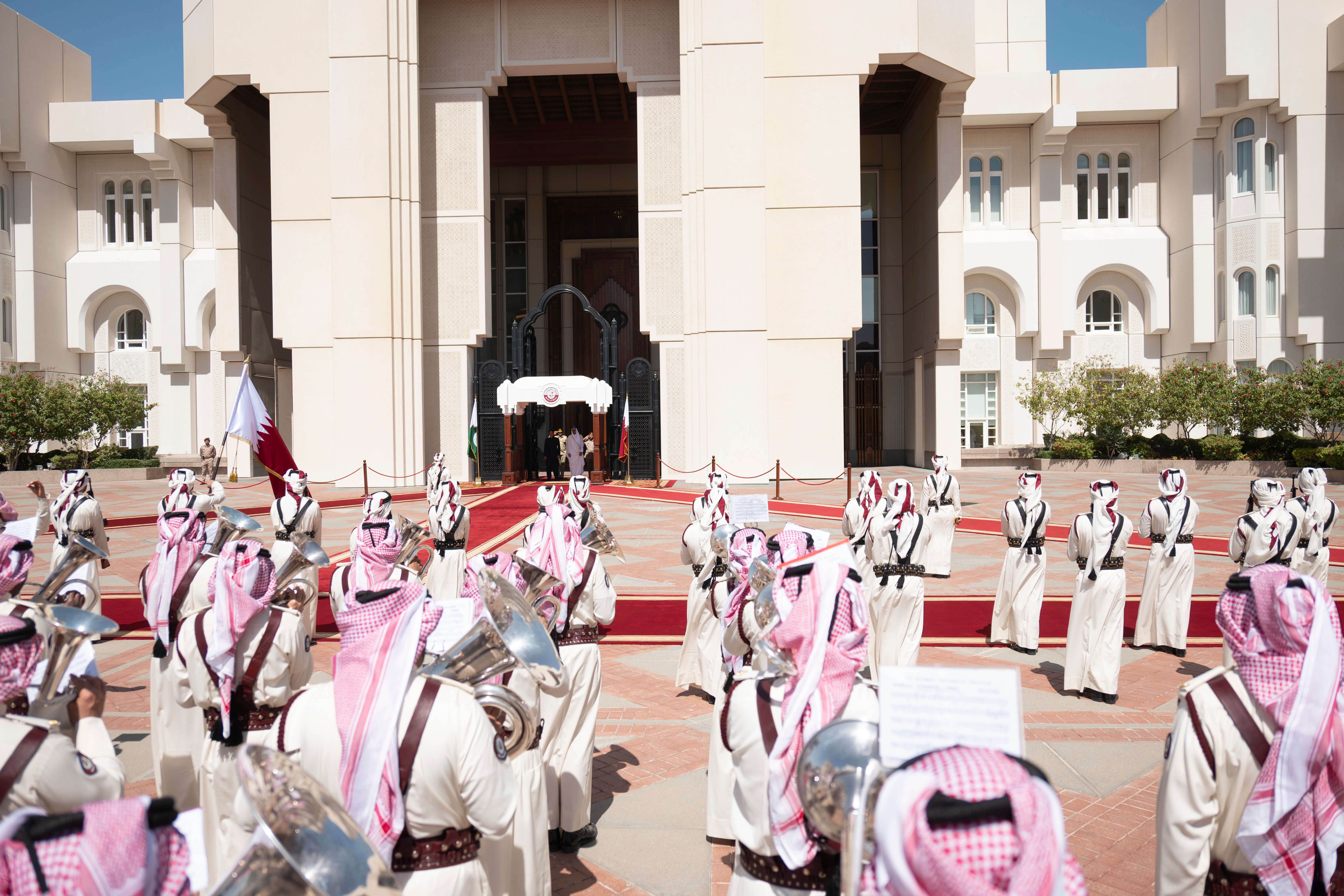 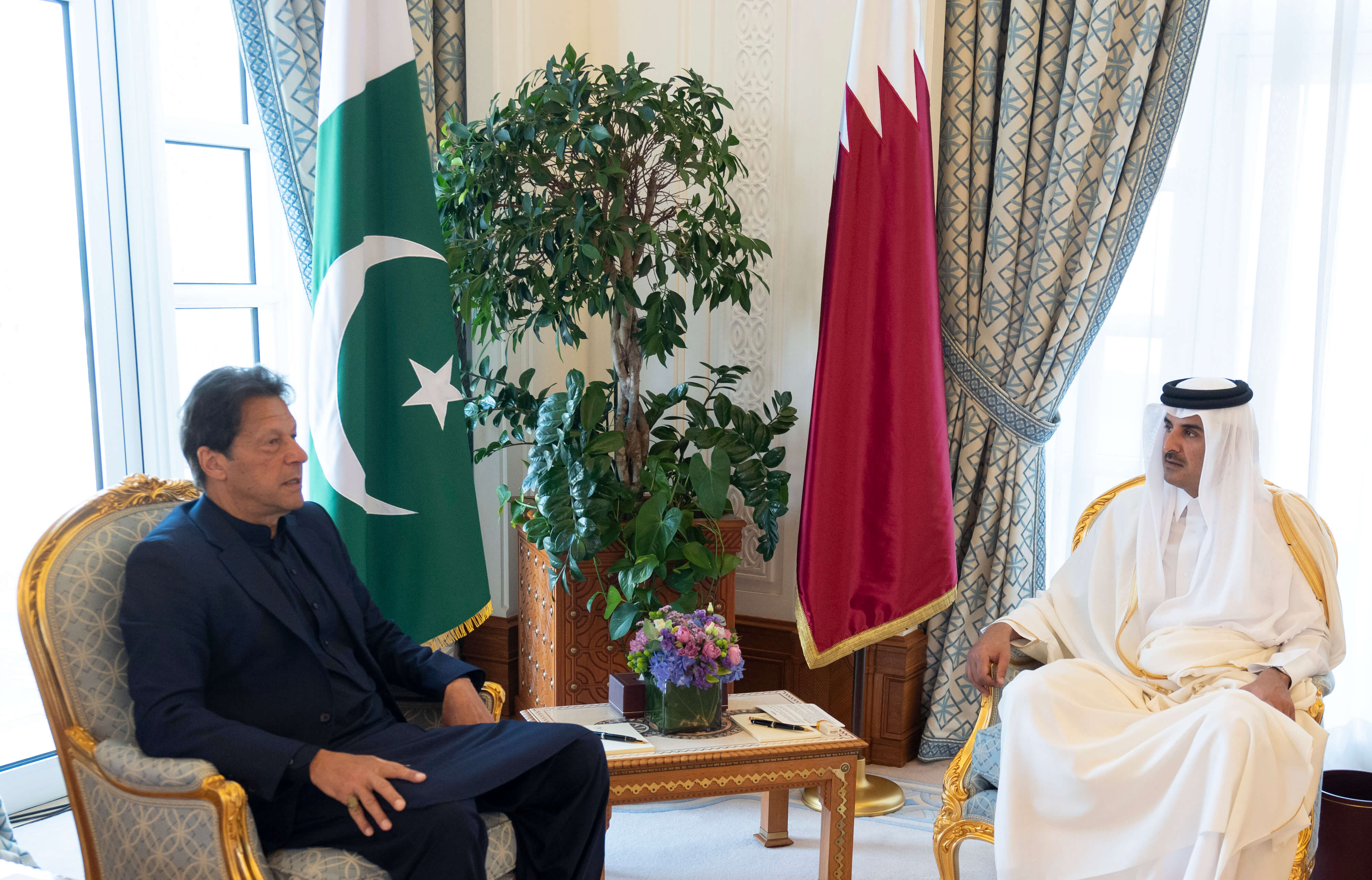 His Highness The Amir Sheikh Tamim bin Hamad Al Thani and HE Prime Minister of the Islamic Republic of Pakistan Imran Khan discussed bilateral relations and the means to enhance them, in addition to a number of issues of joint interest.

During the official round of talks held at the Amiri Diwan this morning, the two sides discussed developing bilateral cooperation in economic, investment, and energy fields. They also exchanged views on prominent regional and international issues, led by the latest regional developments.

The session was attended by HE Prime Minister and Minister of Interior Sheikh Khalid bin Khalifa bin Abdulaziz Al Thani, and a number of their excellencies ministers.

On the Pakistani side it was attended by their excellencies members of the official delegation accompanying HE the Prime Minister of Pakistan.

HE Prime Minister Imran Khan was accorded an official reception ceremony upon arrival at the Amiri Diwan.