HH The Amir Receives Written Message from Amir of Kuwait 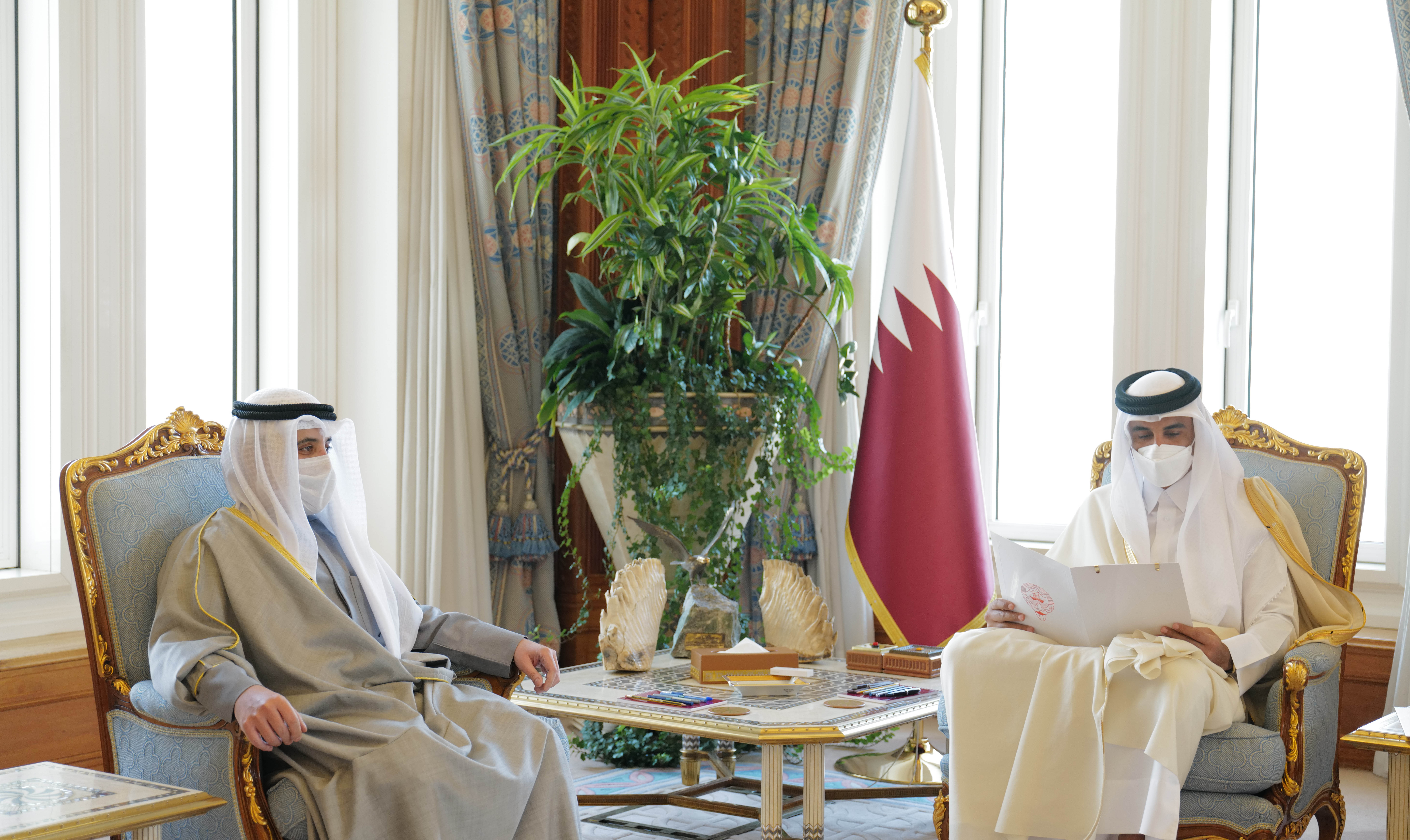 His Highness The Amir Sheikh Tamim bin Hamad Al Thani has received a written message from HH The Amir of the State of Kuwait Sheikh Nawaf Al Ahmed Al Jaber Al Sabah, pertaining to the solid fraternal ties between the two countries and the prospects for enhancing and developing them, in addition to a number of issues of mutual interest.

The message was handed over by HE Kuwaiti Foreign Minister Sheikh Dr. Ahmed Nasser Al Mohammed Al Sabah, during his meeting with HH The Amir at the Amiri Diwan office on Wednesday morning.

At the outset of the meeting, HE the Kuwaiti Foreign Minister conveyed the greetings of HH the Amir of the State of Kuwait to HH the Amir, wishing HH the Amir good health and happiness and the Qatari people further progress and prosperity.

For his part, HH the Amir entrusted HE Kuwait's Foreign Minister to convey his greetings to HH Sheikh Nawaf Al Ahmed Al Jaber Al-Sabah, wishing him good health and the Kuwaiti people further progress and prosperity.