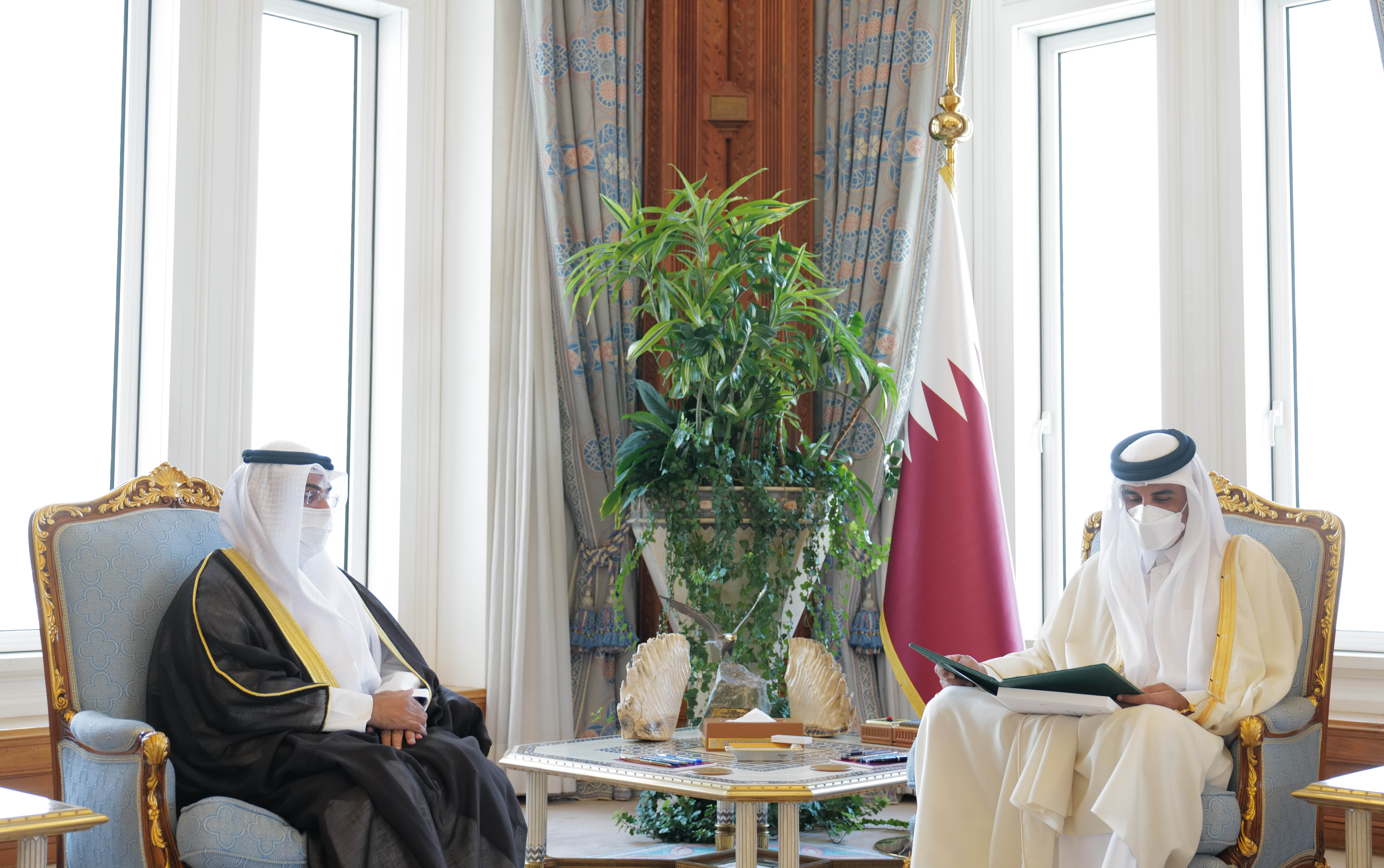 His Highness The Amir Sheikh Tamim bin Hamad Al Thani received a written message from the Custodian of the Two Holy Mosques King Salman bin Abdulaziz Al Saud of the sisterly Kingdom of Saudi Arabia, inviting HH the Amir to attend the 41st session of the Supreme Council of the Cooperation Council for the Arab States of the Gulf (GCC), to be held in Riyadh, Saudi Arabia, on Jan. 5.

The message was handed over by HE GCC Secretary General Dr. Nayef bin Falah Al Hajraf during a meeting with HH the Amir at the Amiri Diwan office on Wednesday morning.