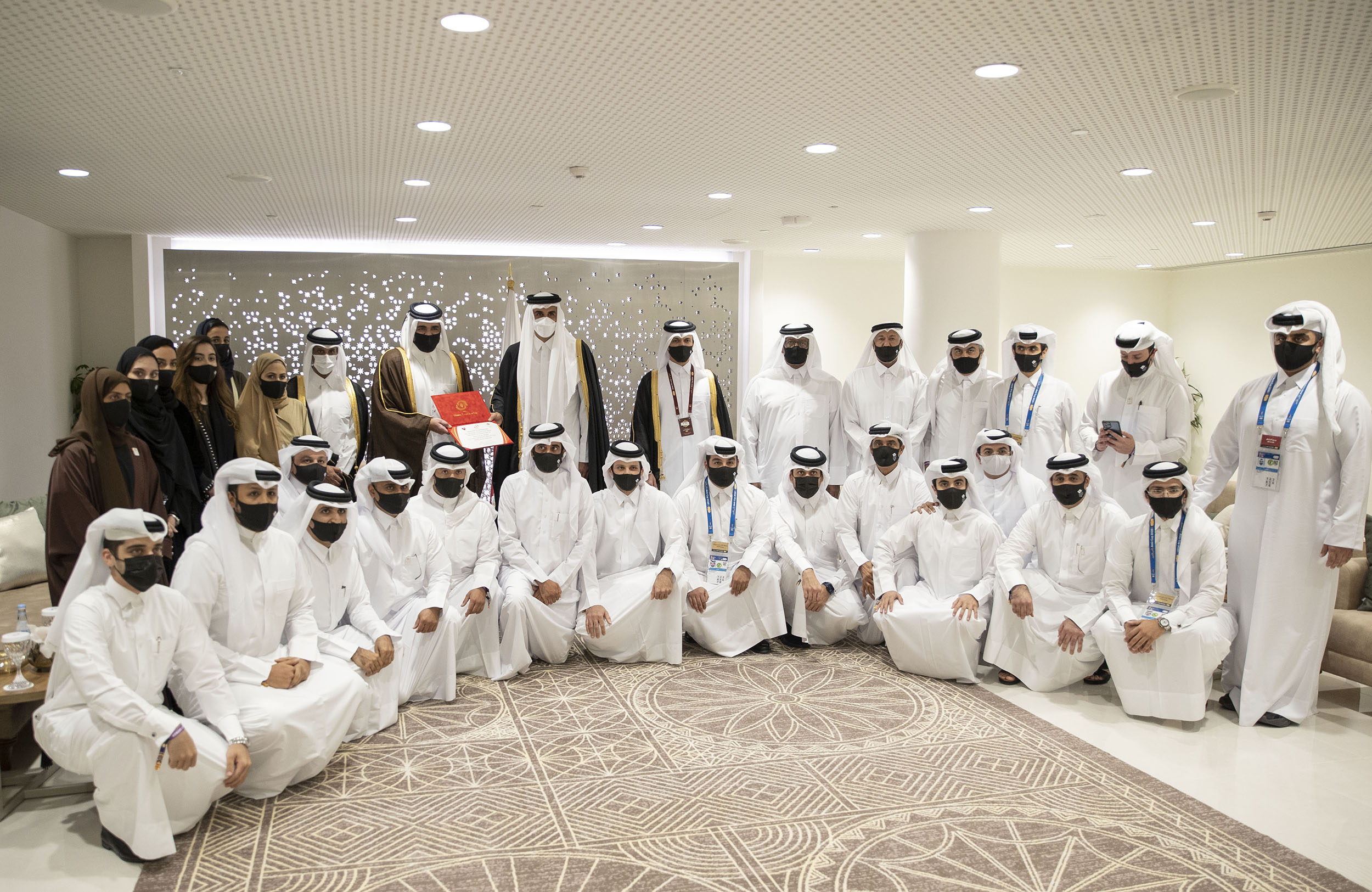 His Highness The Amir Sheikh Tamim bin Hamad Al Thani received this evening at Ahmed bin Ali Stadium, the team members of the committee in charge of Doha's bid to host the 2030 Asian Games, led by HE President of the Olympic Committee Sheikh Joaan bin Hamad Al Thani, on the occasion of winning the rights to host the event. HH The Amir expressed his appreciation of their efforts in preparing the Doha 2030 bid.

For their part, the team members expressed their thanks and appreciation to HH The Amir for his support to them and to sports in the country.