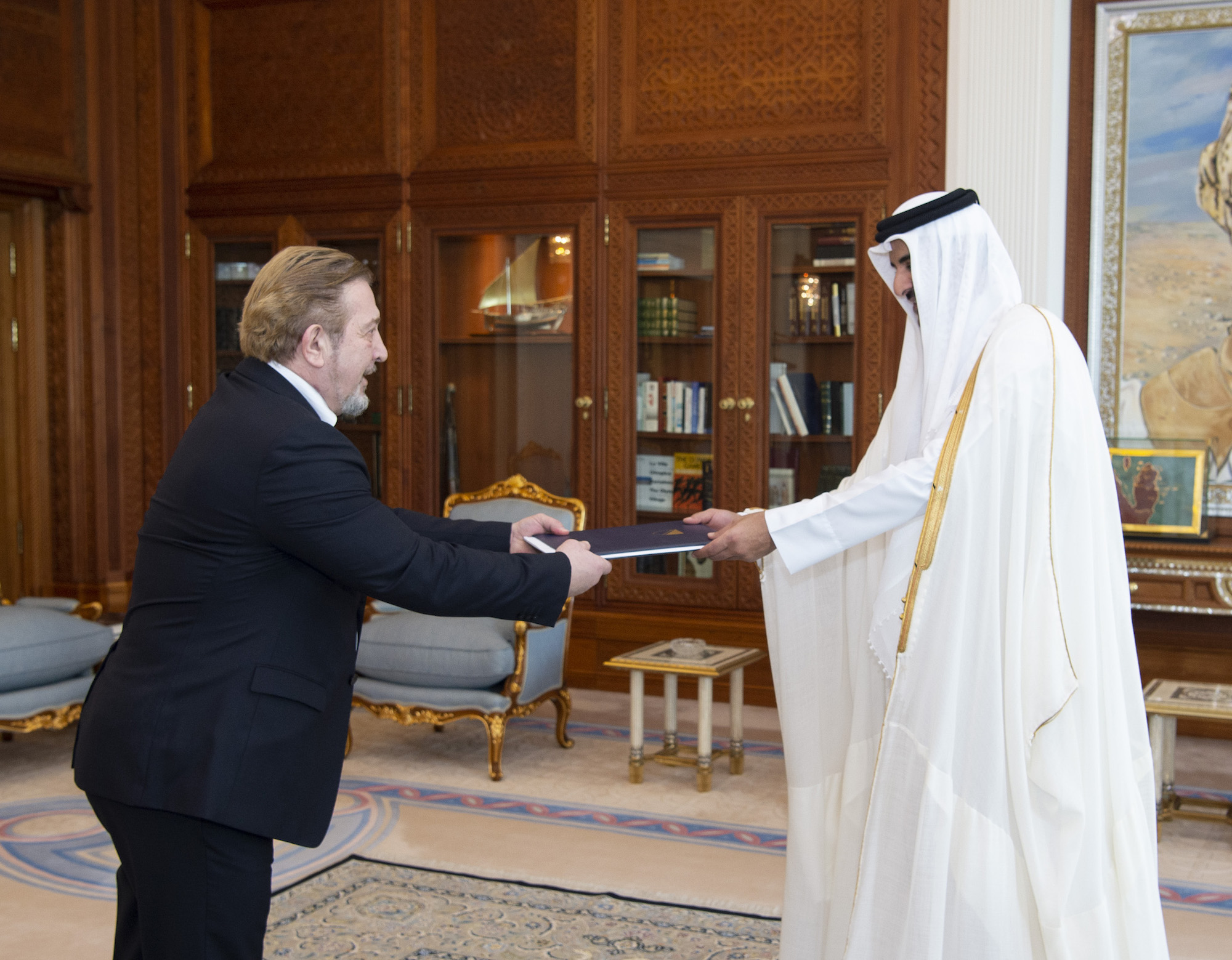 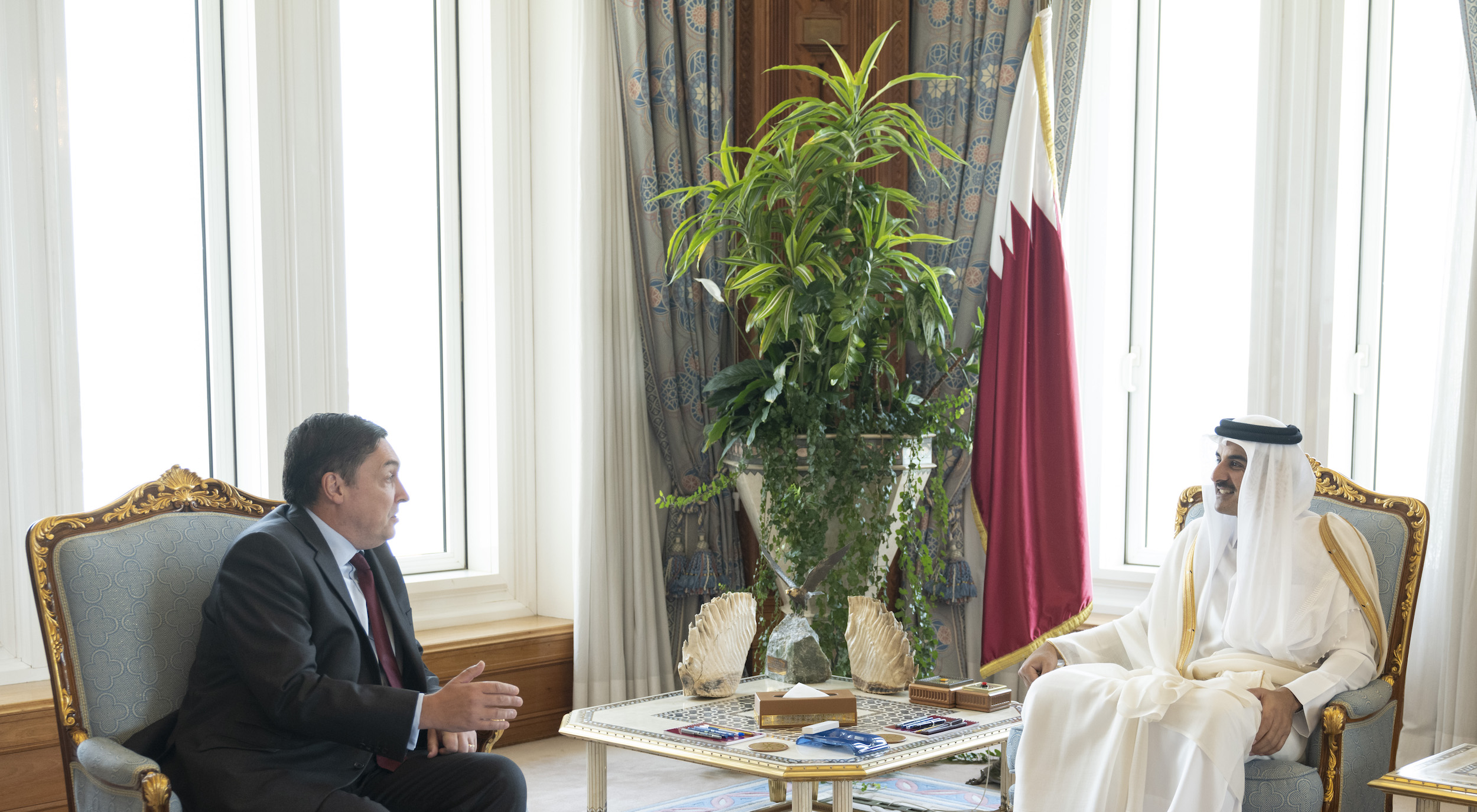 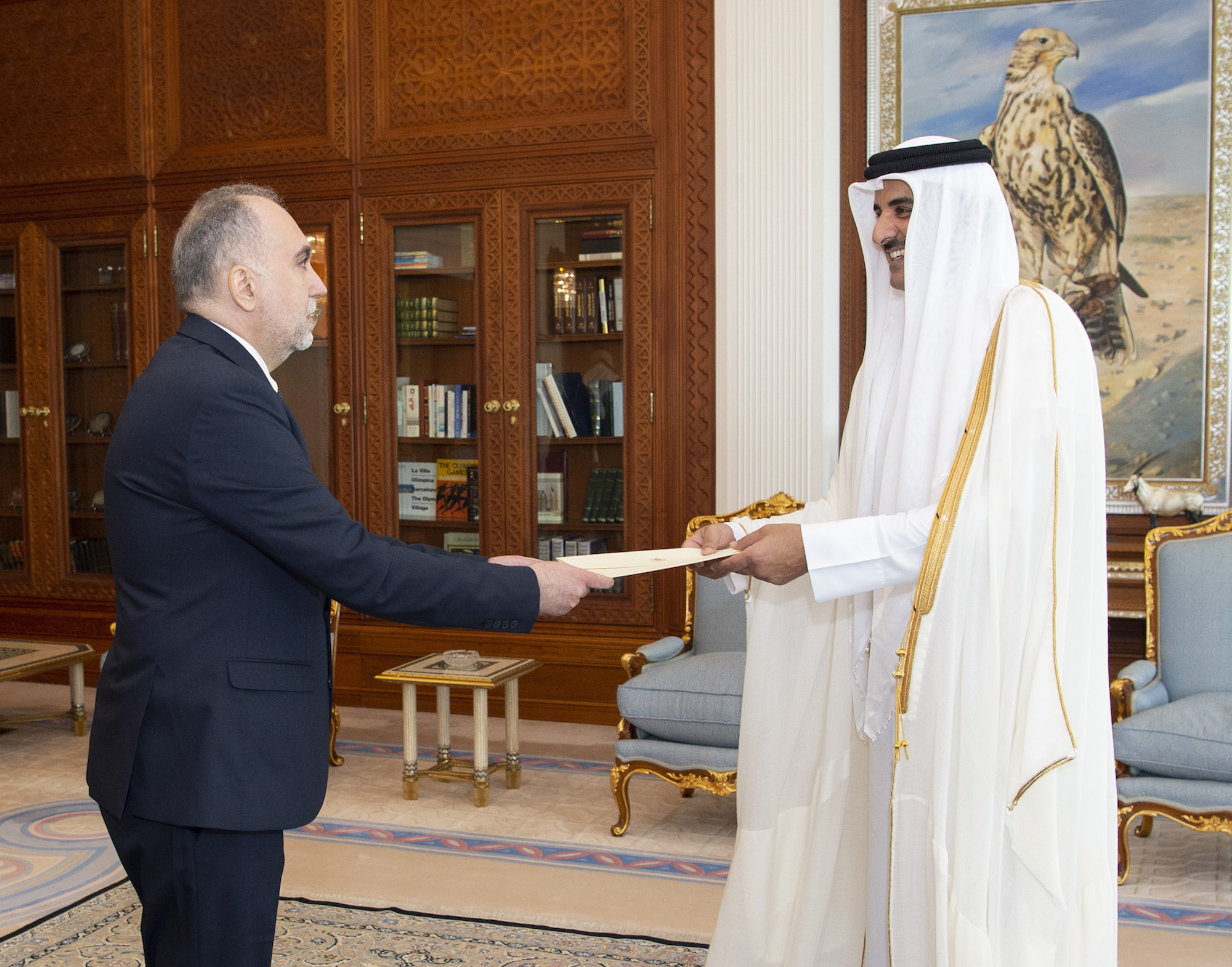 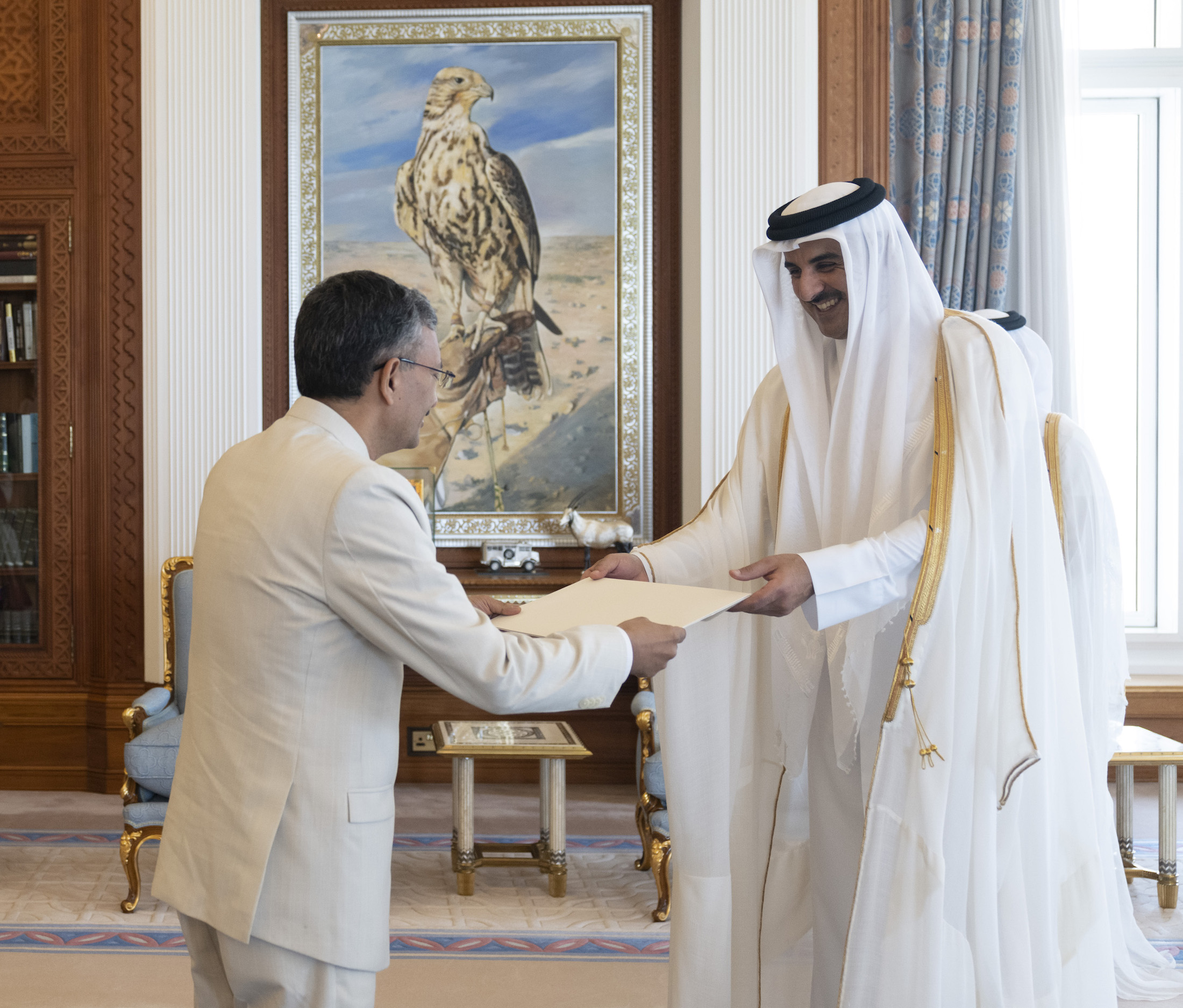 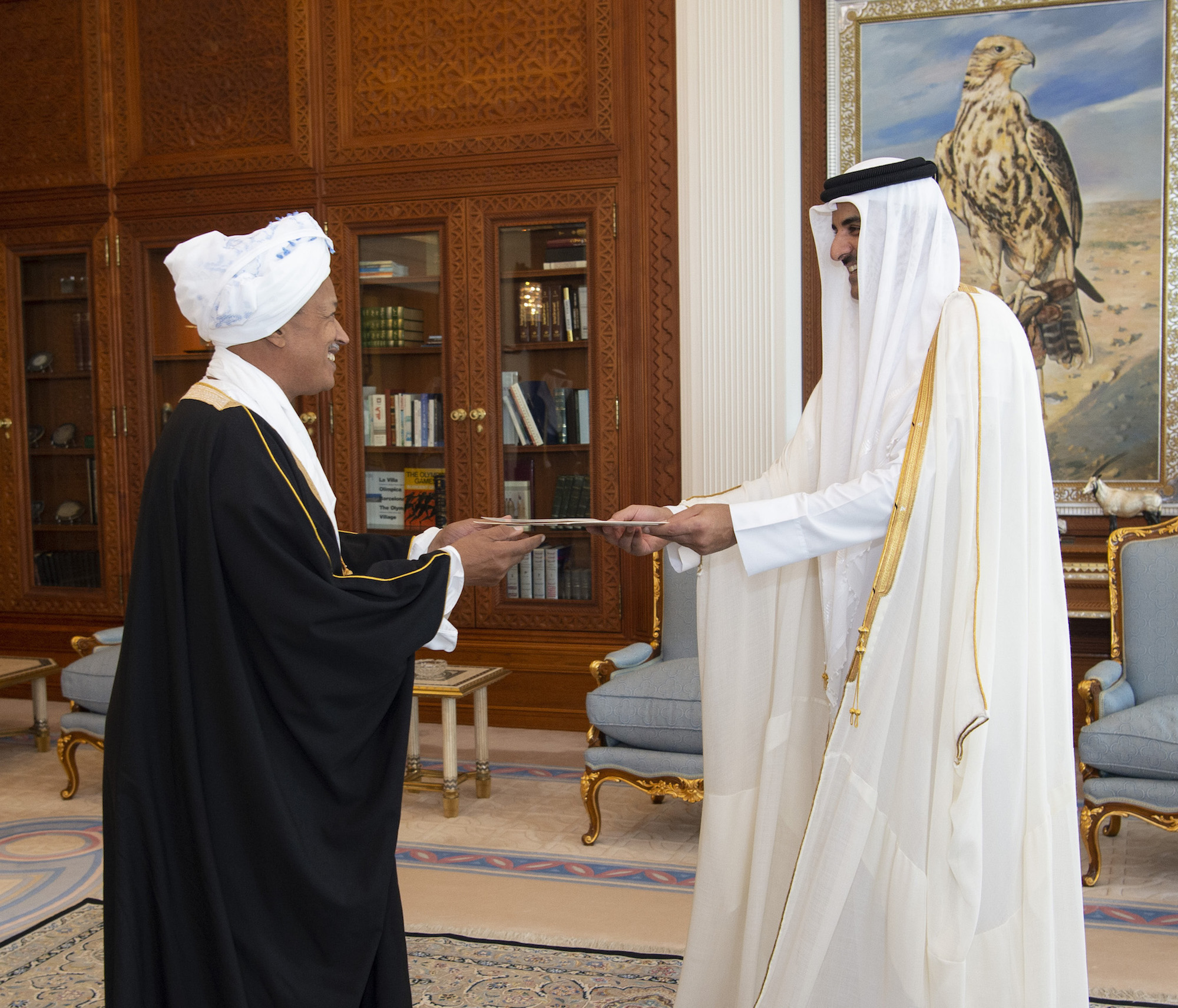 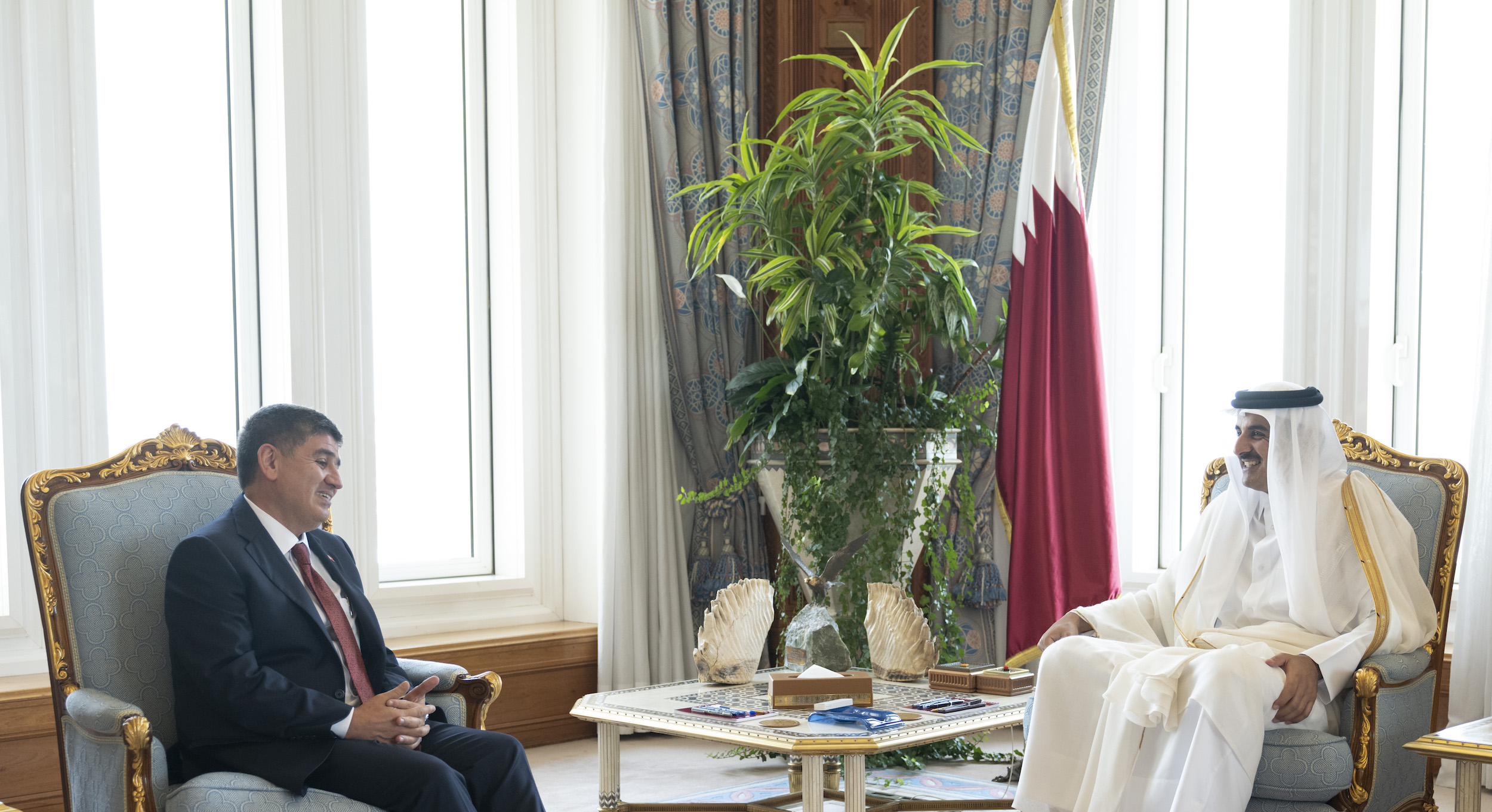 His Highness The Amir Sheikh Tamim bin Hamad Al Thani received at the Amiri Diwan office on Wednesday morning the credentials of six new ambassadors to the State of Qatar.