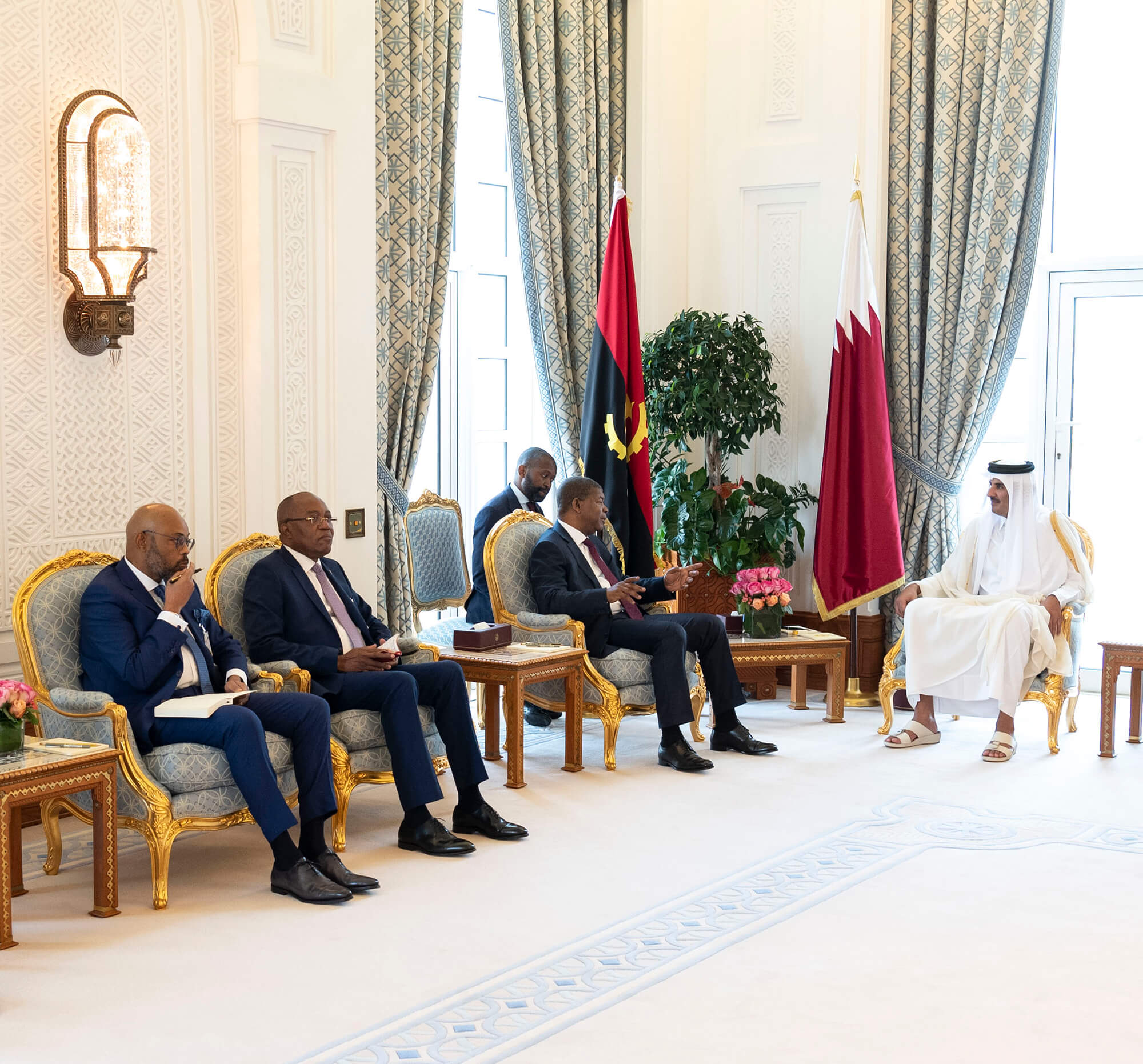 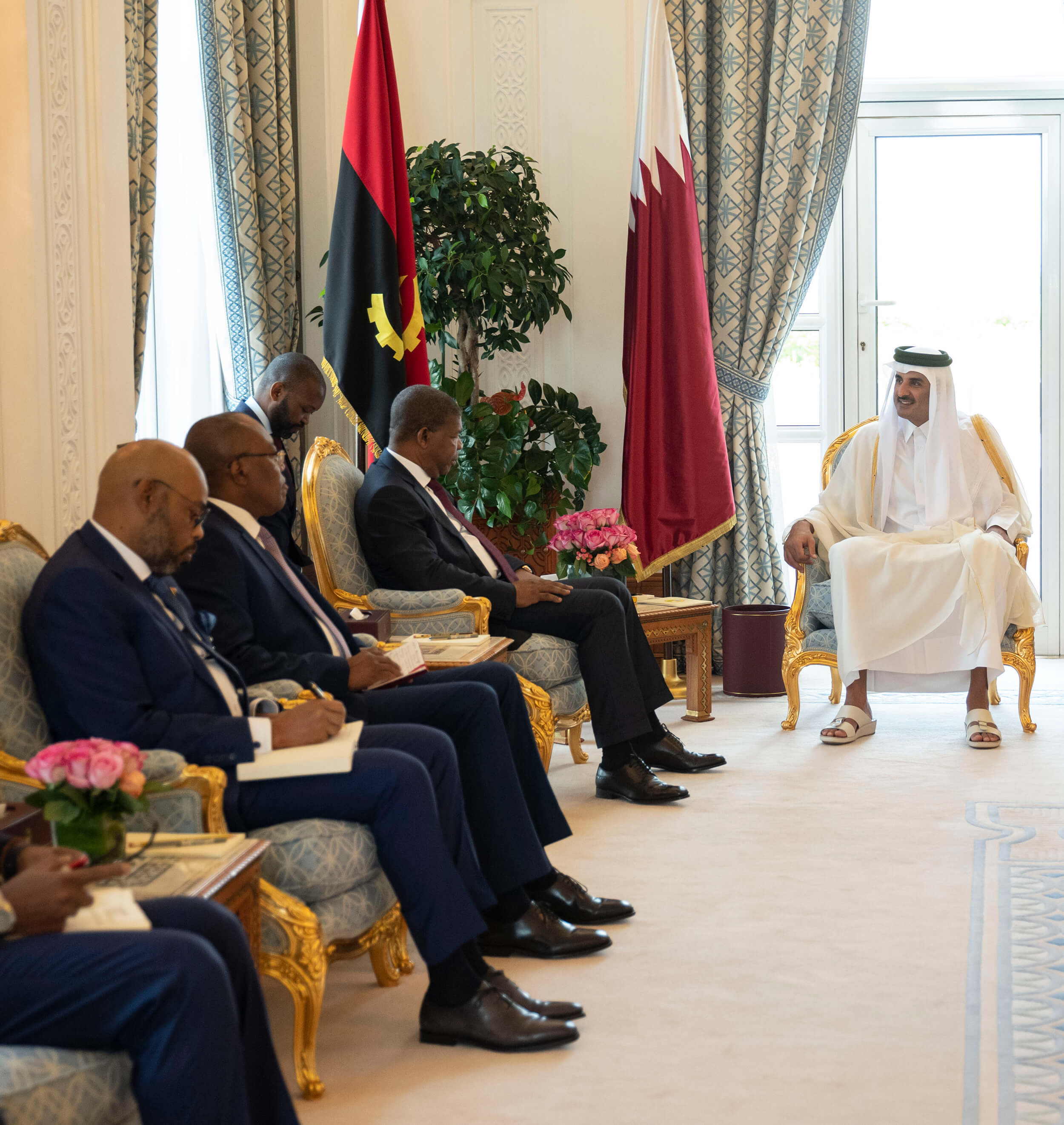 His Highness The Amir Sheikh Tamim bin Hamad Al Thani and HE President of the Republic of Angola Joao Manuel Lourenco held official talks session at the Amiri Diwan on Sunday.

During the meeting, they discussed bilateral relations and ways of enhancing them in various fields, especially in energy, investment, and air and maritime transport.

A number of Their Excellencies the ministers and the members of the official delegation accompanying HE the President attended the talks.

HE the President of Angola arrived at the Amiri Diwan earlier, where he was accorded an official reception ceremony.