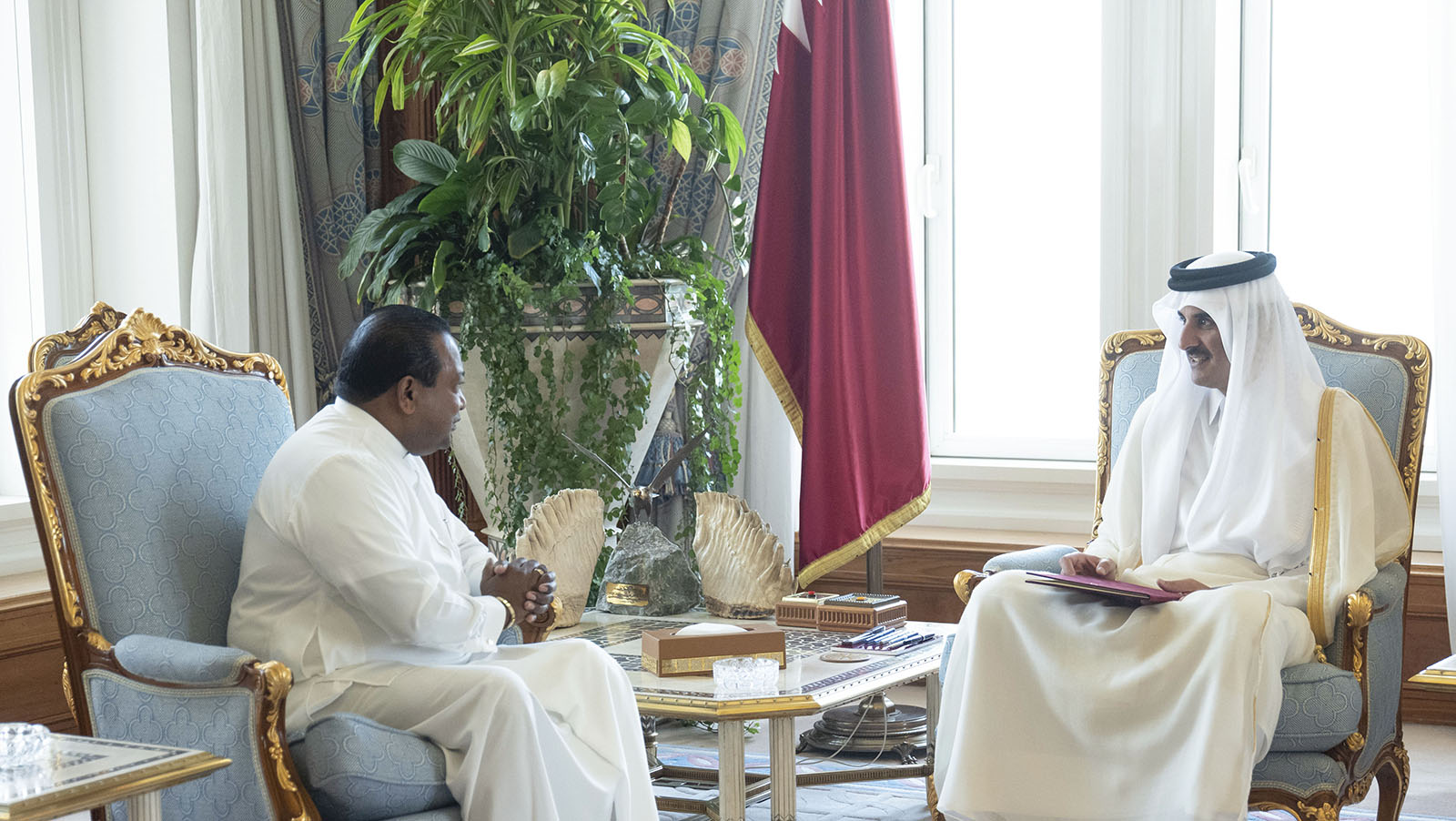 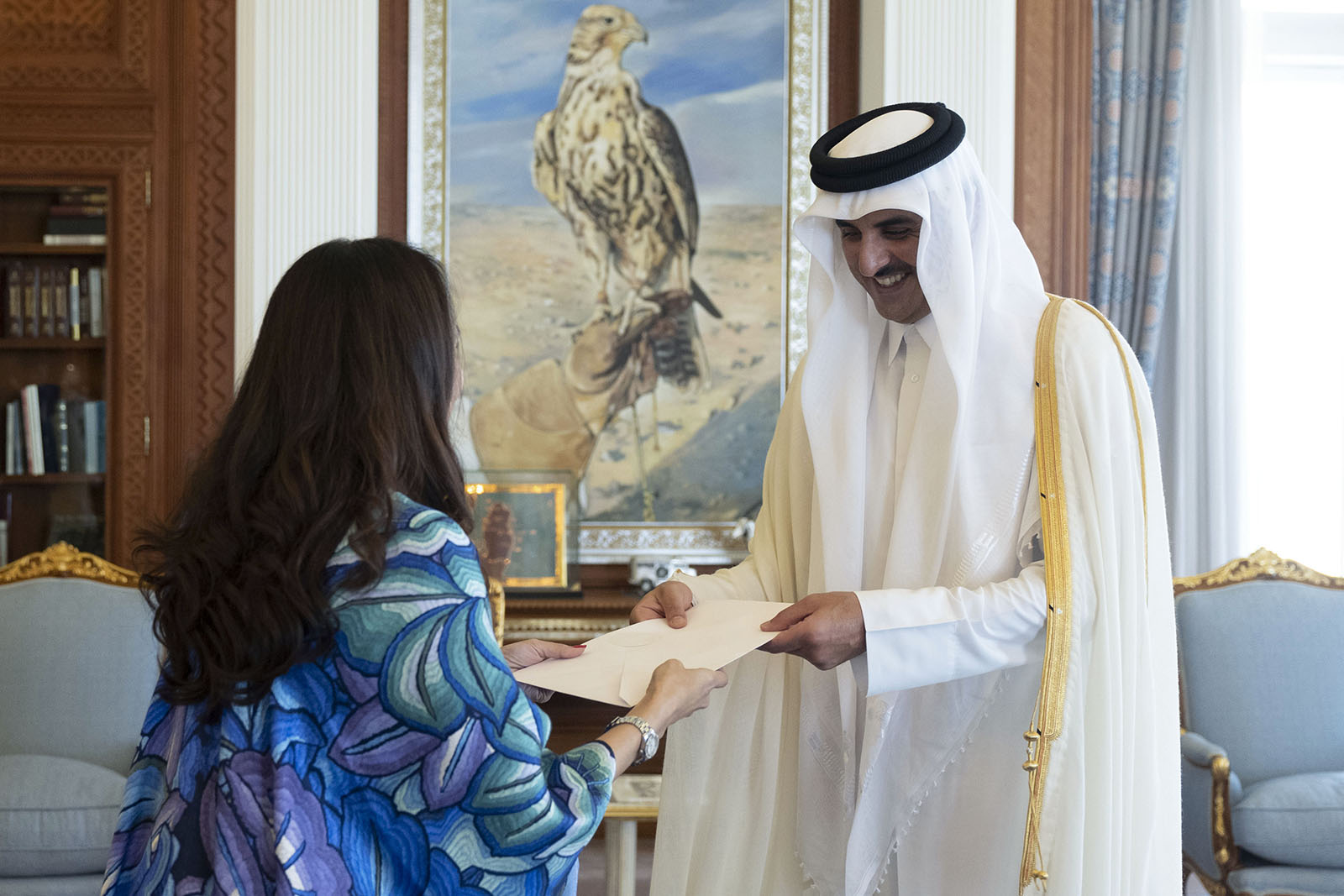 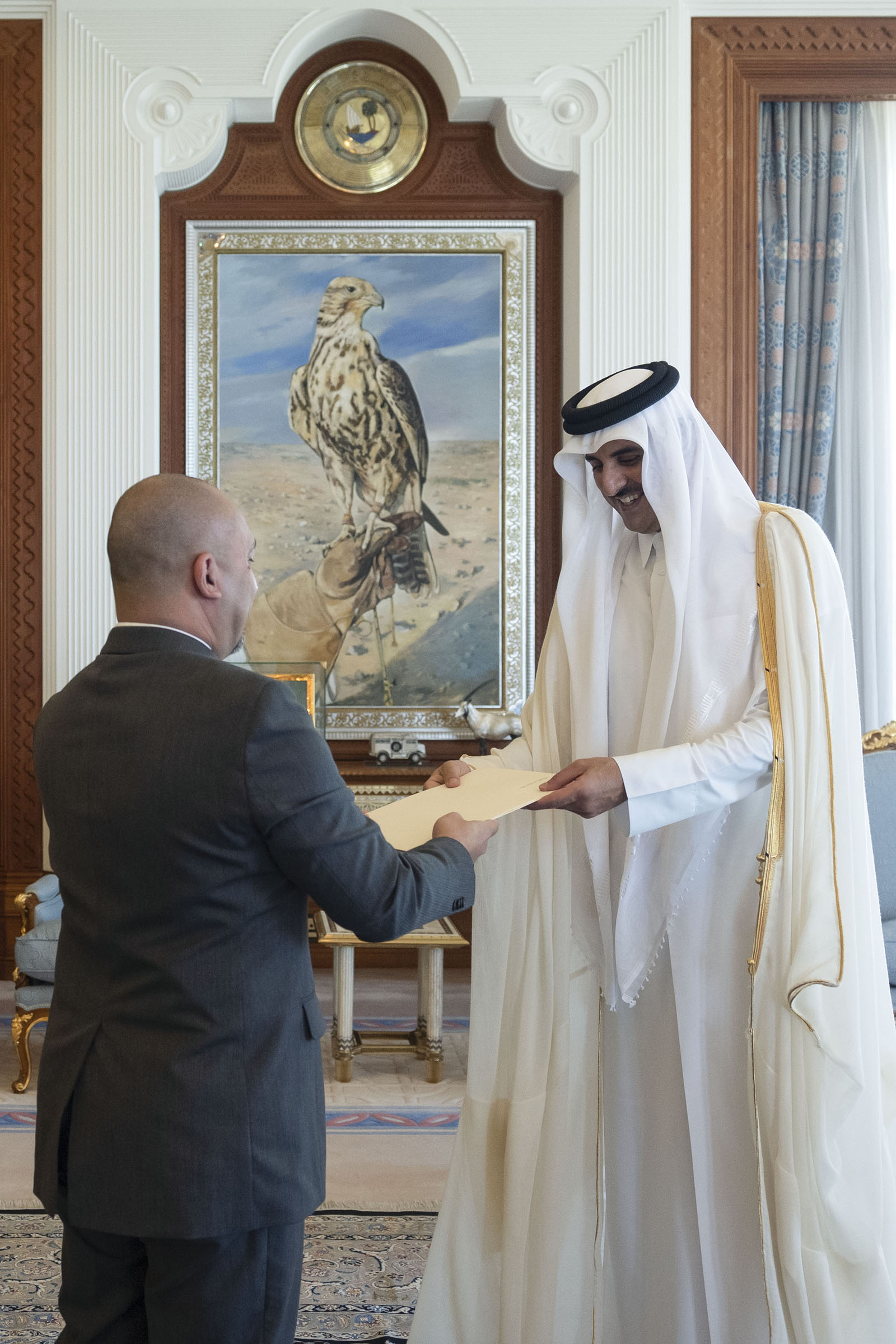 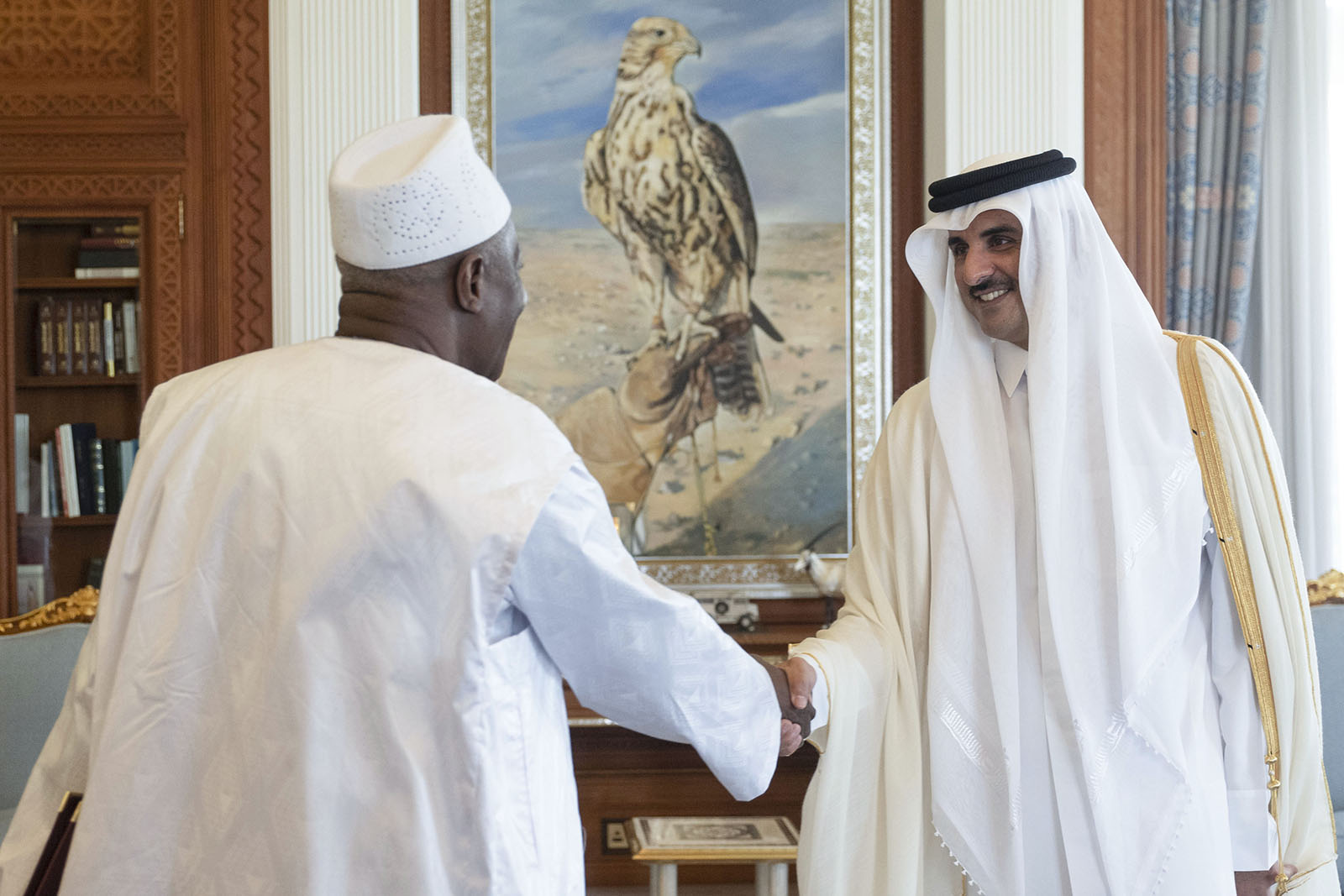 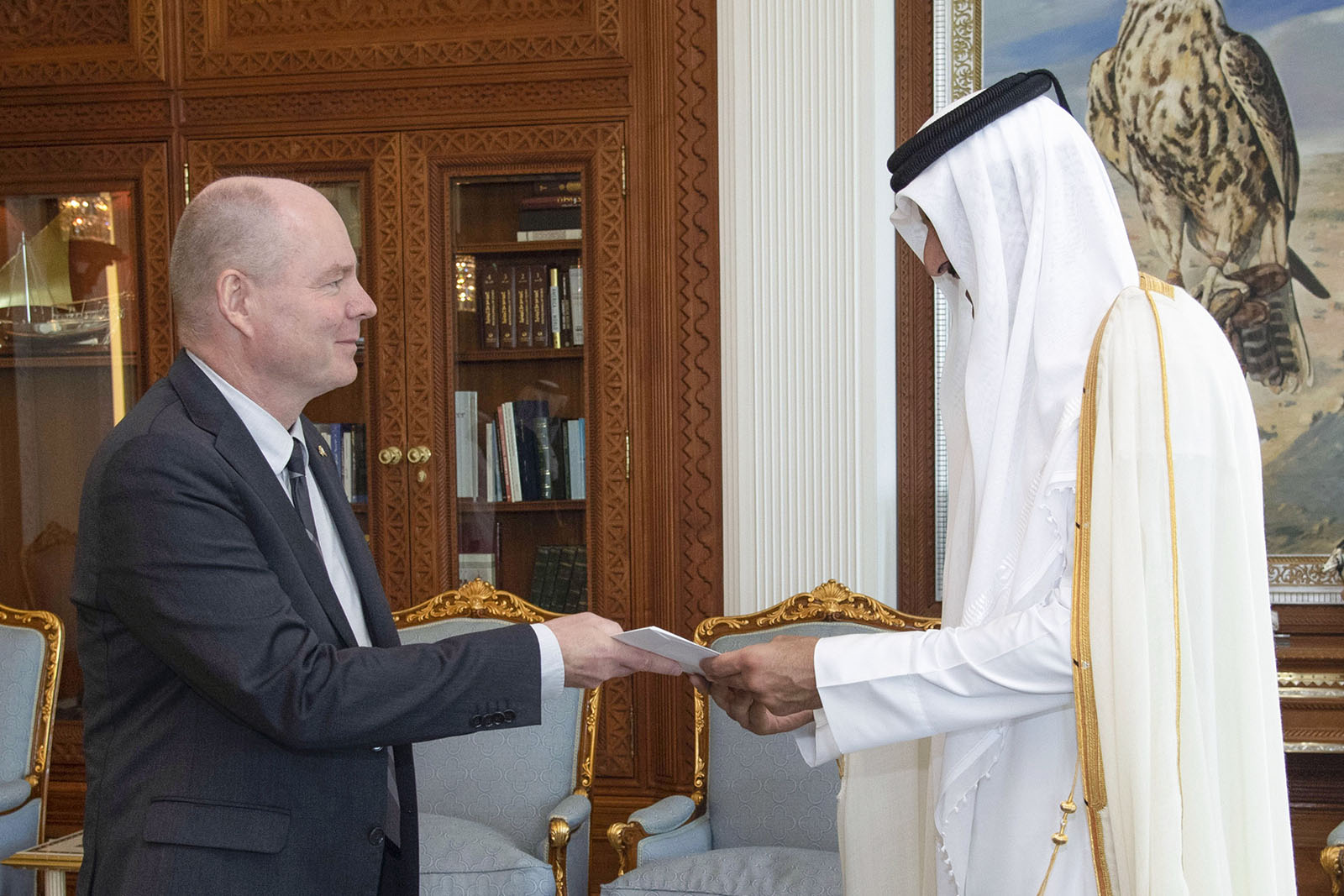 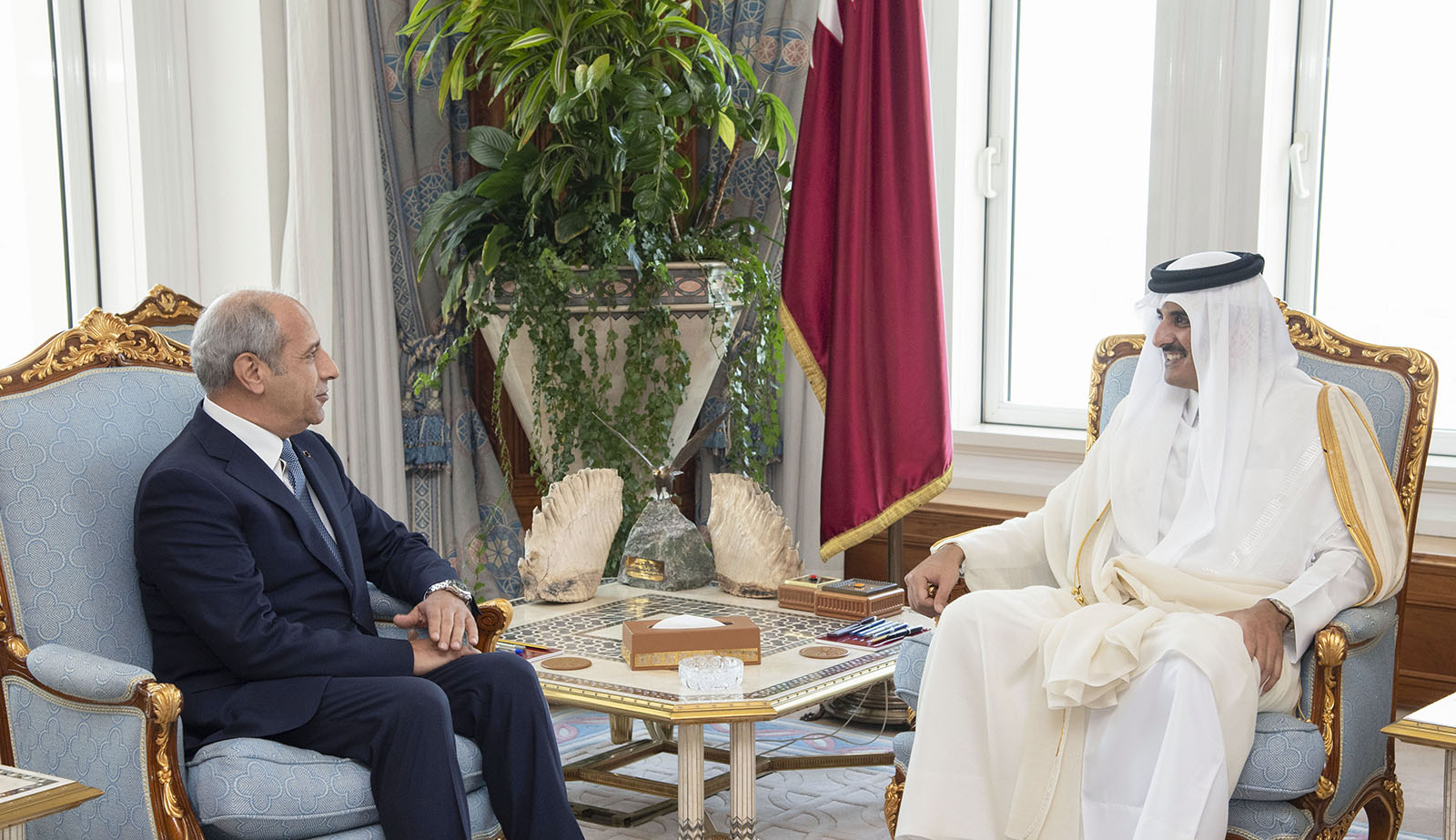 His Highness The Amir Sheikh Tamim bin Hamad Al Thani received at the Amiri Diwan Office on Sunday the credentials of six new ambassadors to the State of Qatar.

HH The Amir welcomed the new ambassadors and wished them success in their duties and the relations between the State of Qatar and their countries further development and growth.

Their Excellencies the Ambassadors conveyed to HH The Amir greetings of their leaders and wishes of further progress and prosperity to the Qatari people.