HH The Amir Holds Talks with President of Gambia 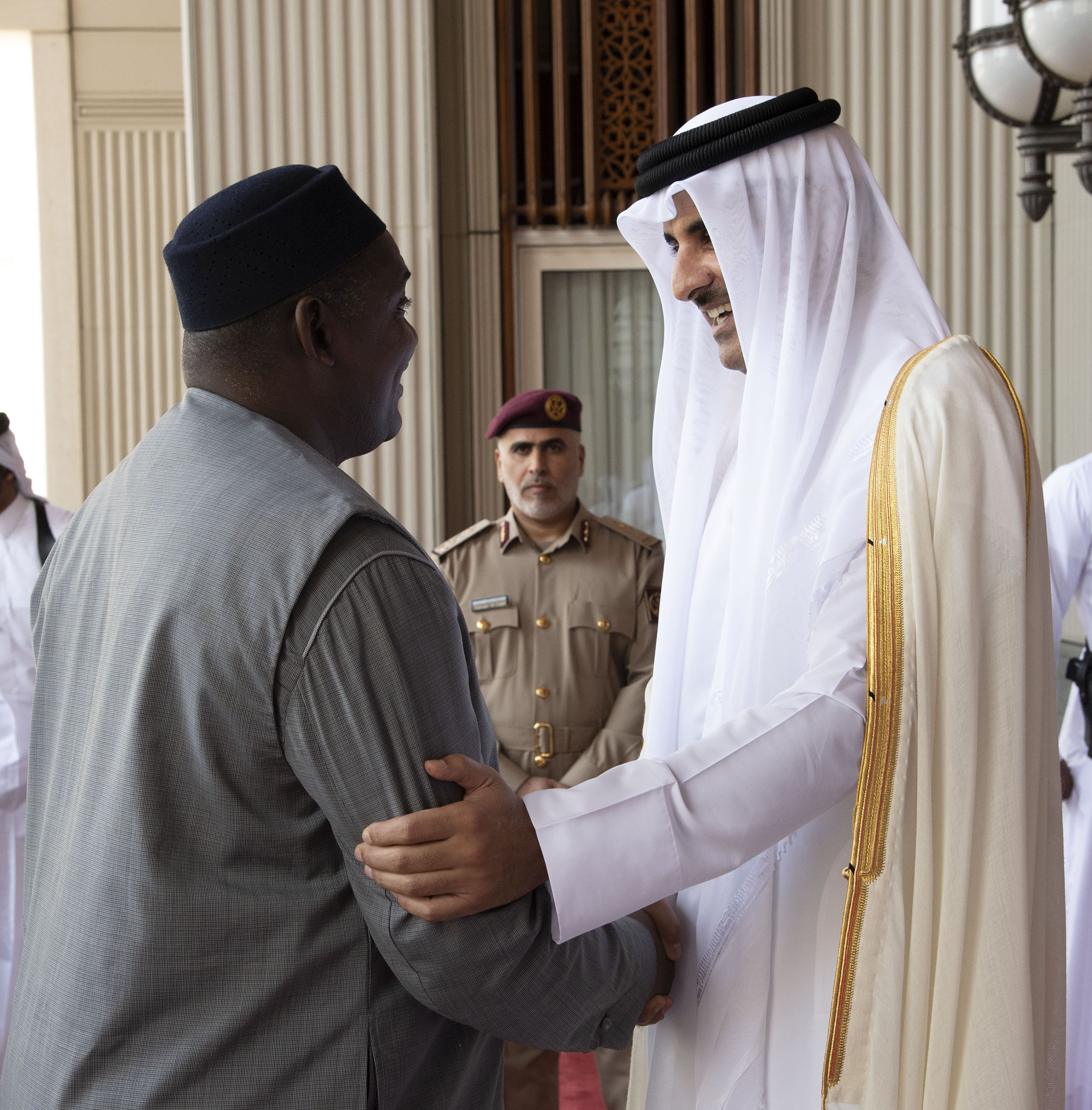 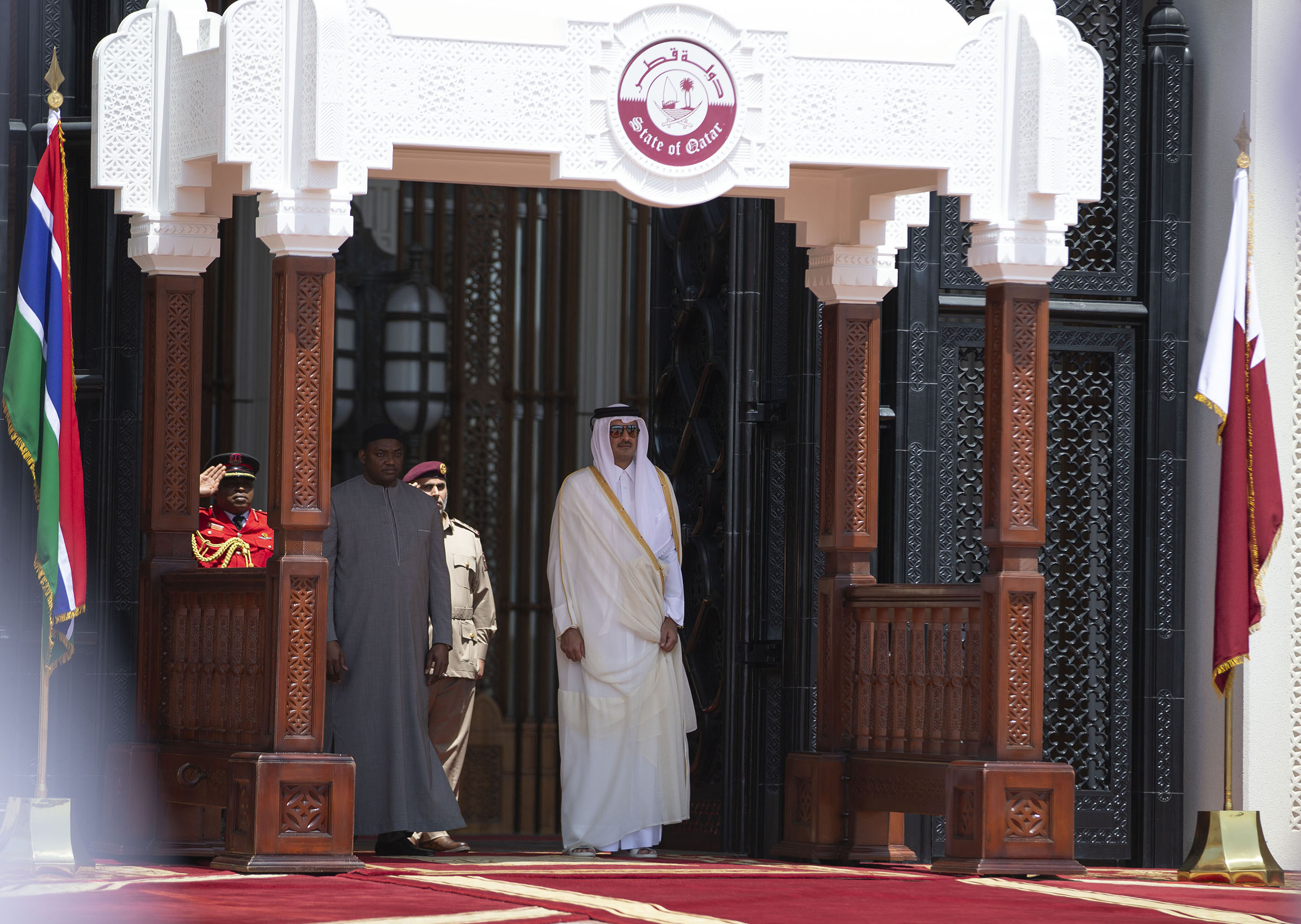 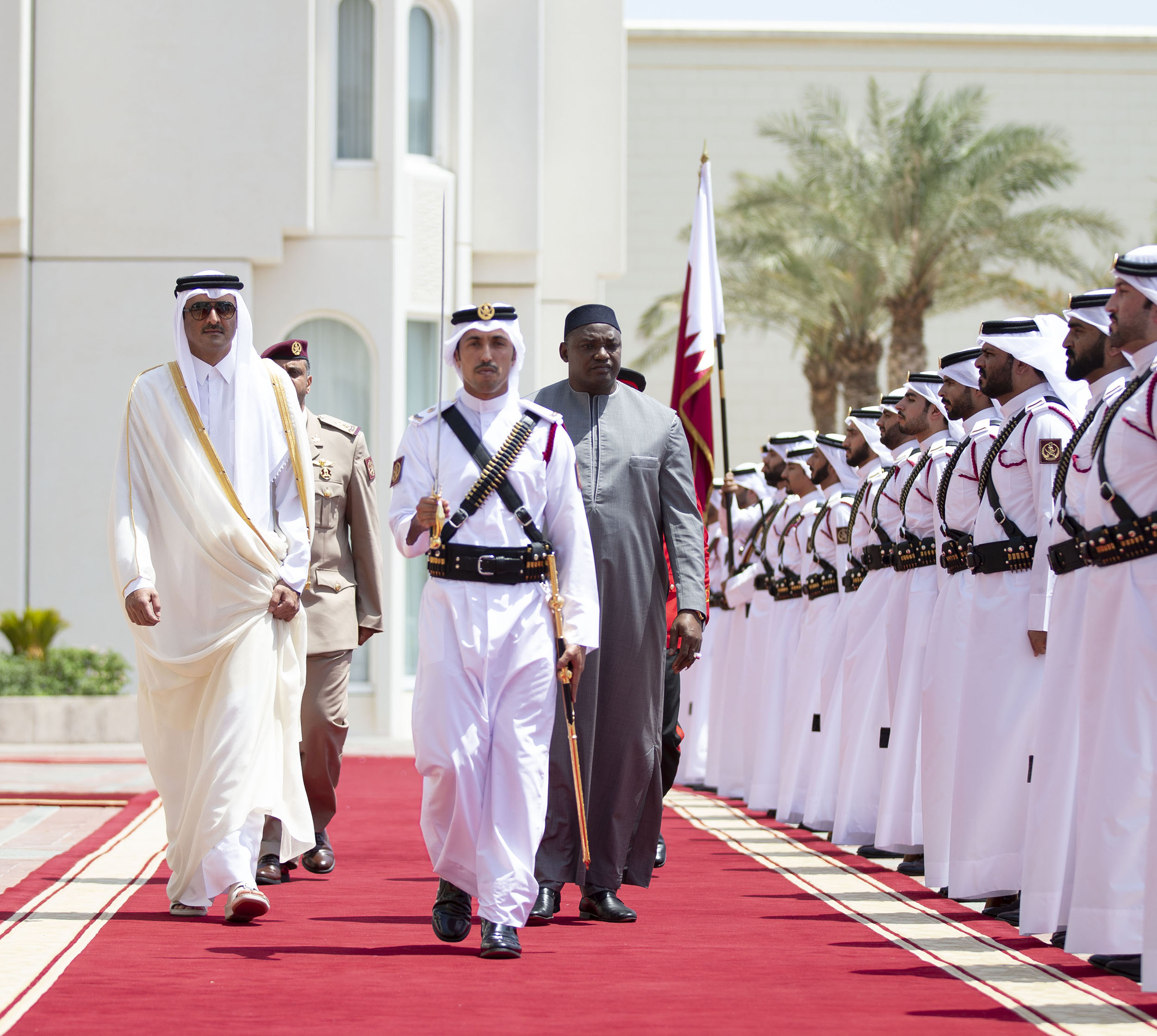 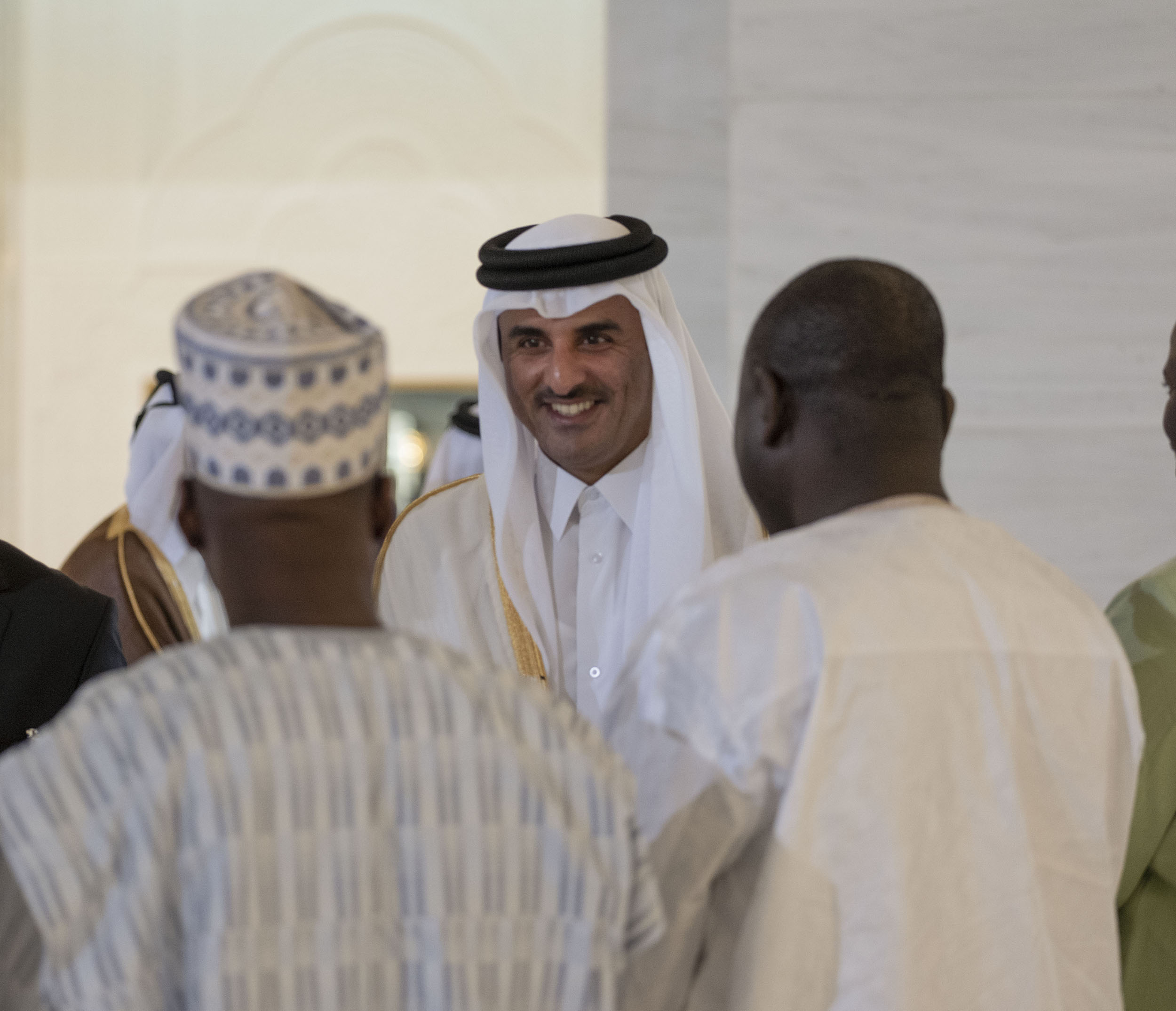 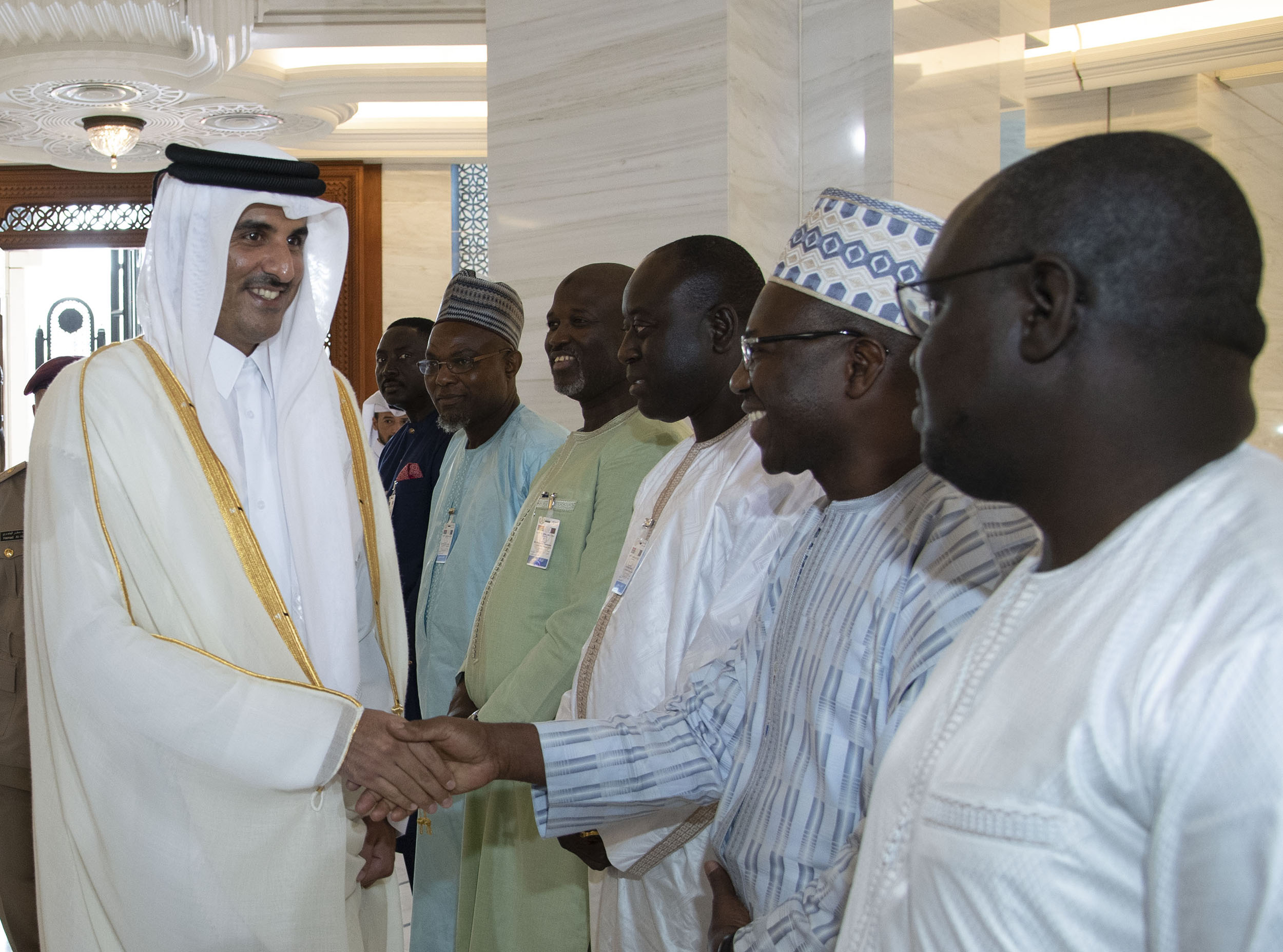 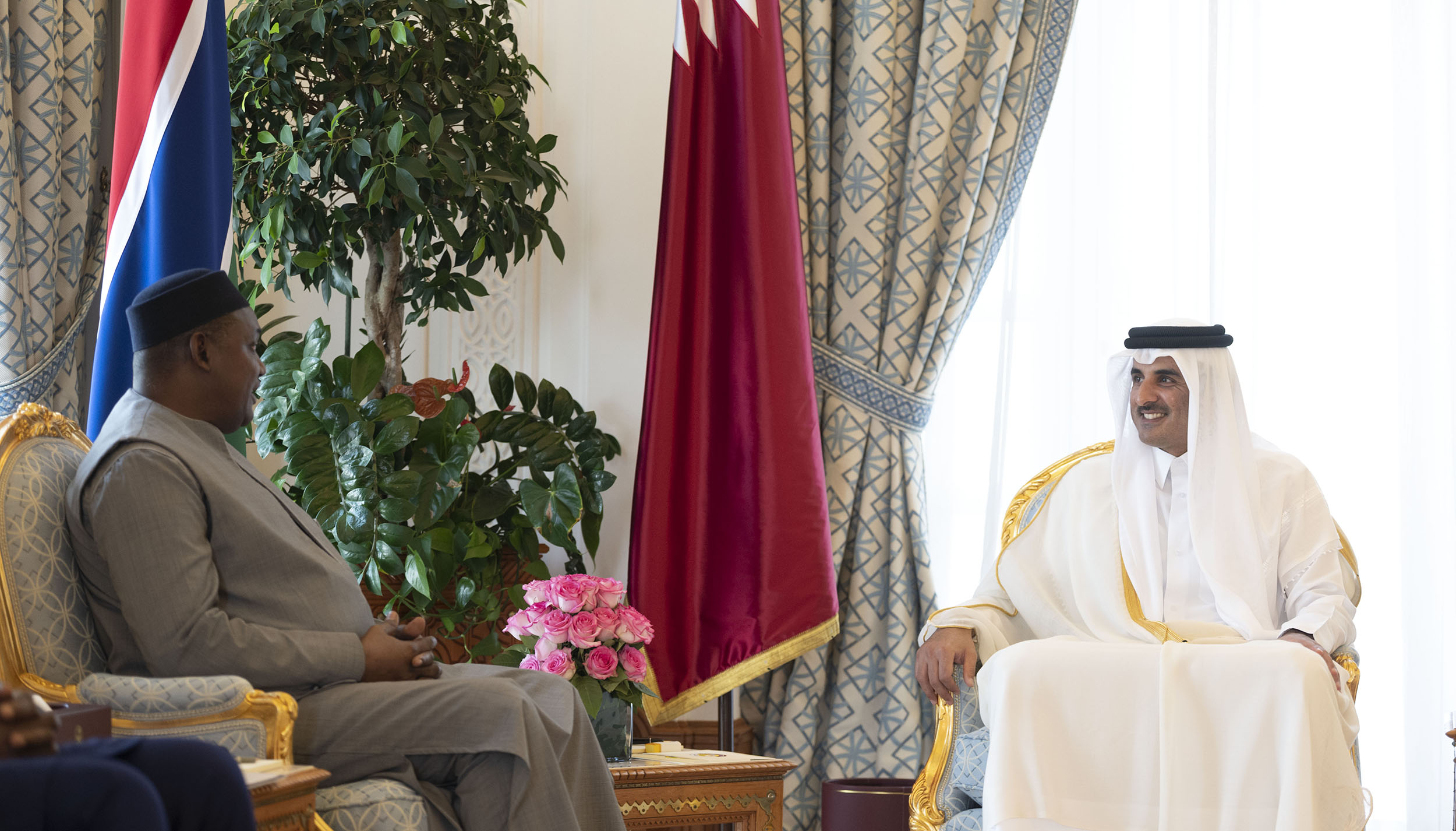 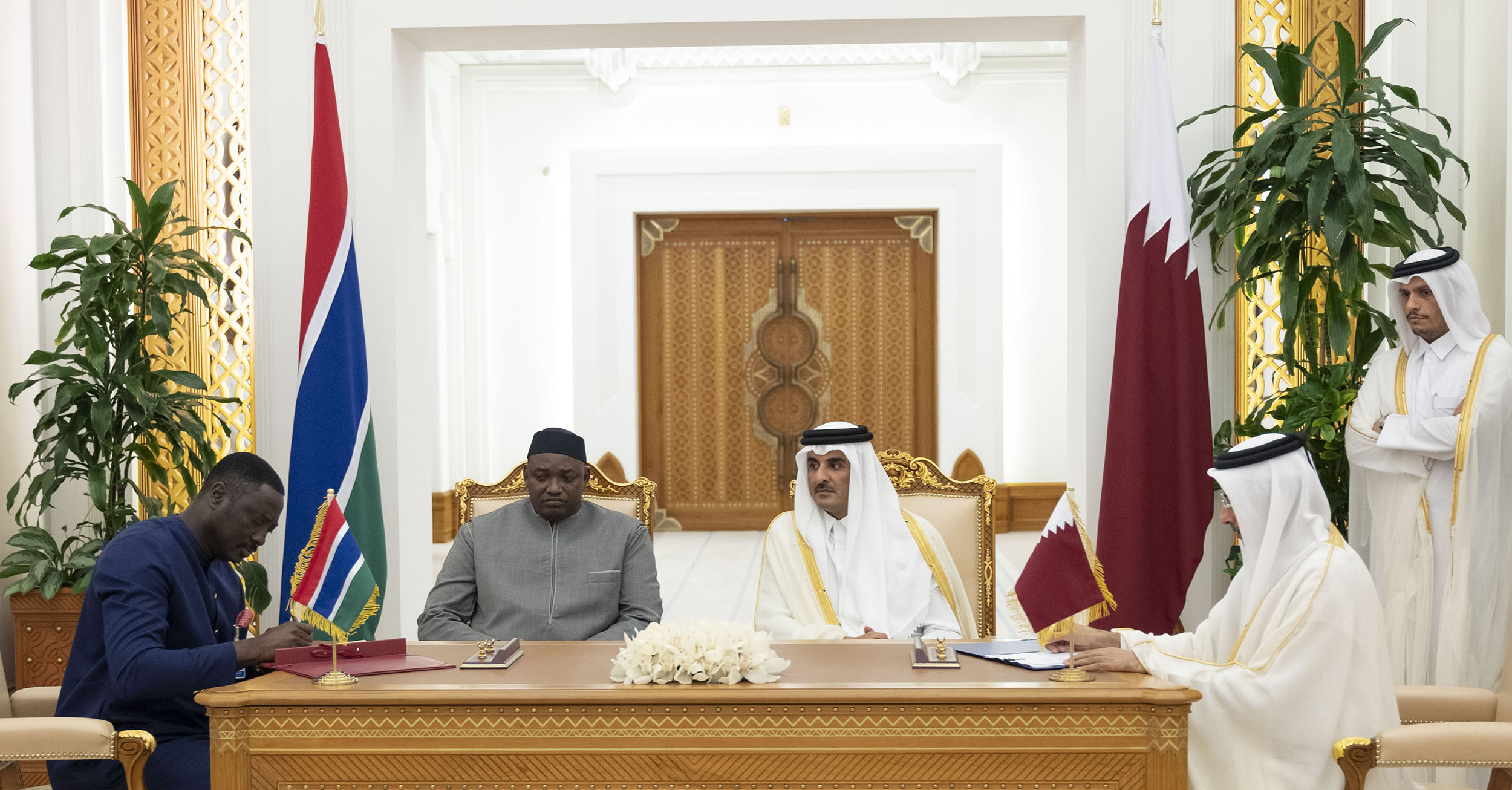 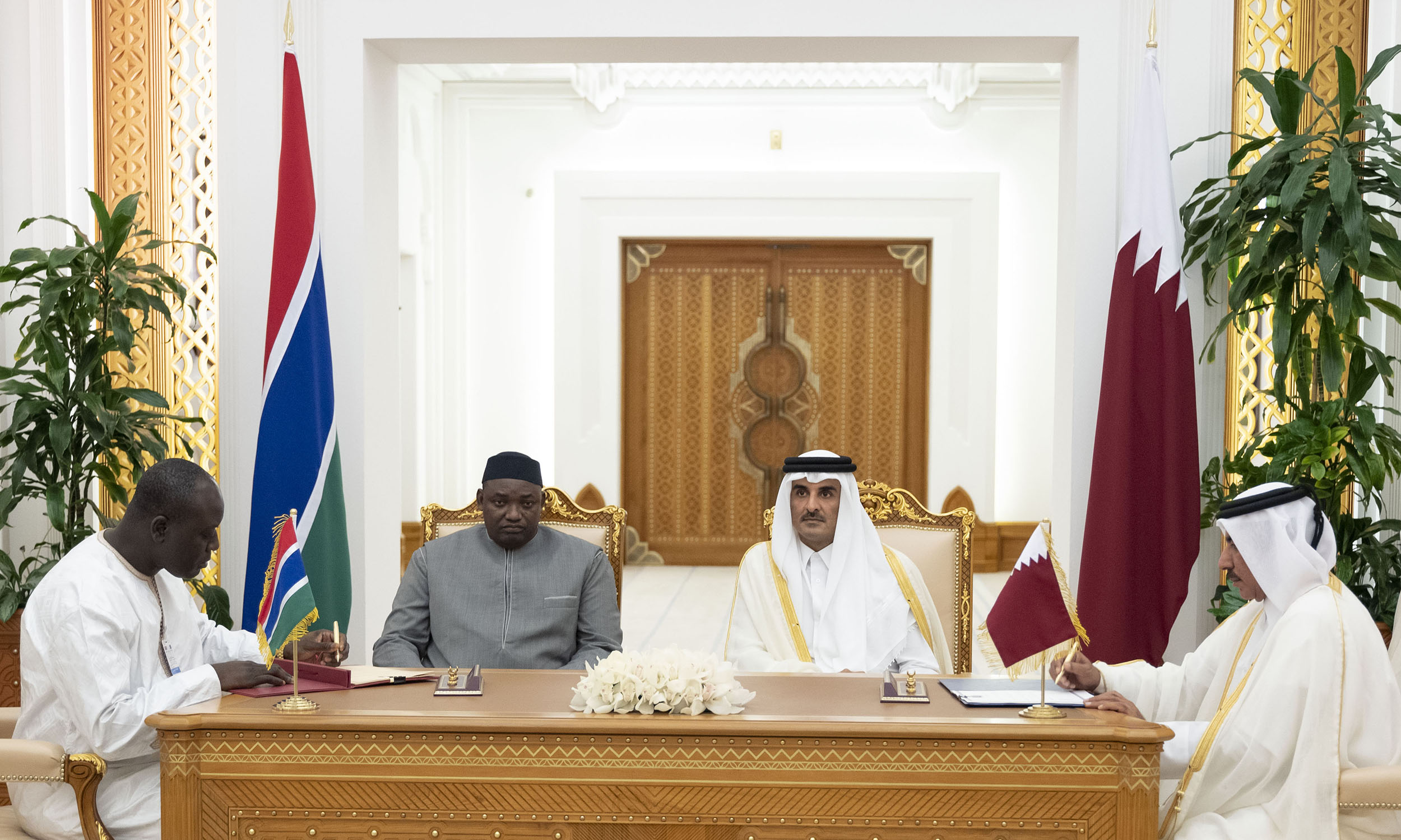 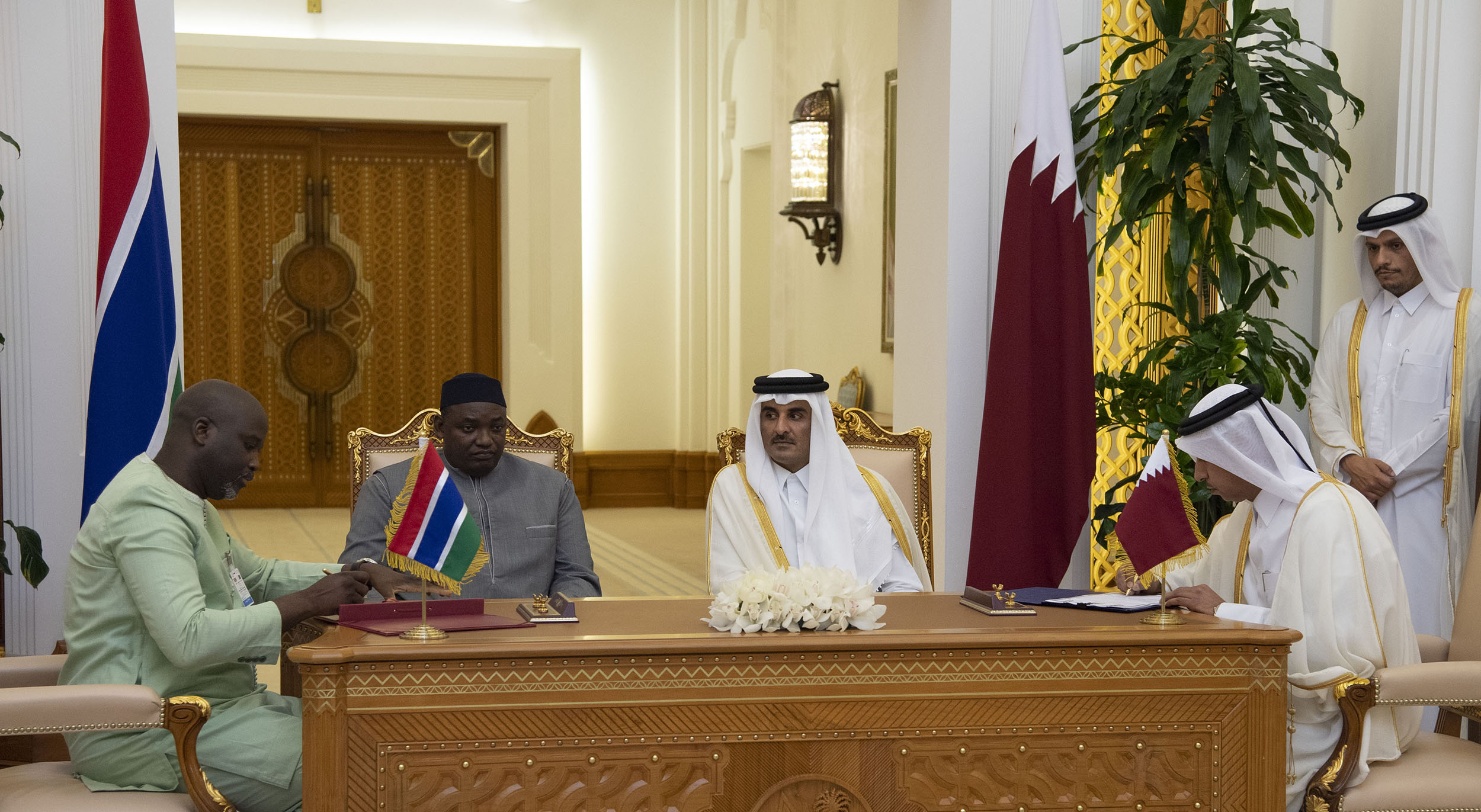 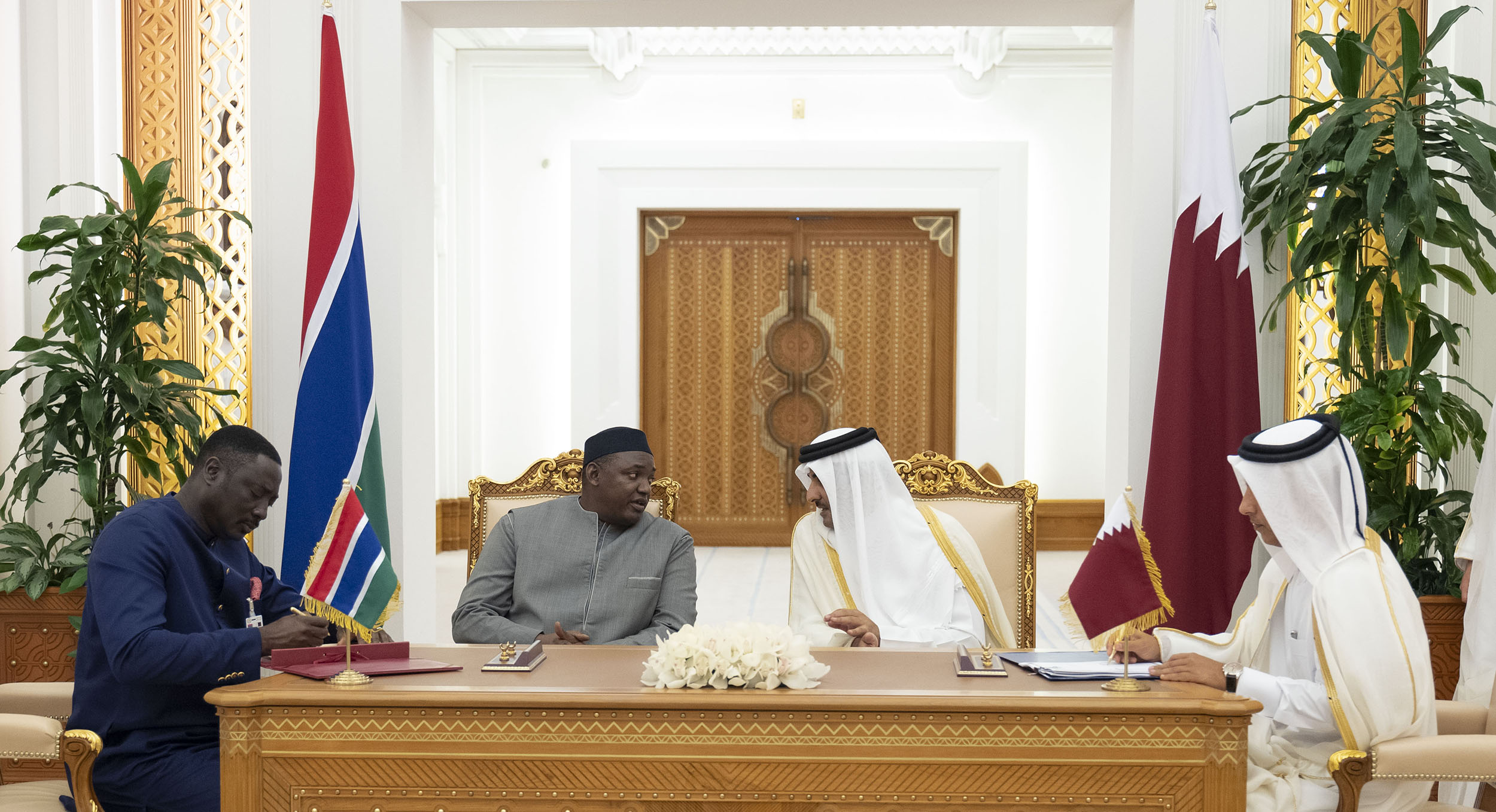 His Highness The Amir Sheikh Tamim bin Hamad Al Thani held a session of official talks with HE President of the Republic of The Gambia Adama Barrow, at the Amiri Diwan on Wednesday.

During the session, they discussed bilateral relations and aspects of developing cooperation in various fields, especially in agriculture, tourism and infrastructure. In addition, they discussed a number of issues of common concern.

Then, HH The Amir and HE the Gambian President witnessed the signing of two agreements between the governments of the two countries, one on mutual administrative assistance for the optimal application of the customs law and for the suppression, investigation and control of customs violations, and the other on mutual inclusion of land in the satellite service area.

They also witnessed the signing of two memorandums of understanding for cooperation in the fields of youth and sports, and for legal cooperation between the Ministries of Justice in both countries.

From the Gambian side, it was attended by the members of the official delegation accompanying HE the President.

HE the President of the Republic of The Gambia arrived earlier at the Amiri Diwan, where he was accorded an official reception ceremony.