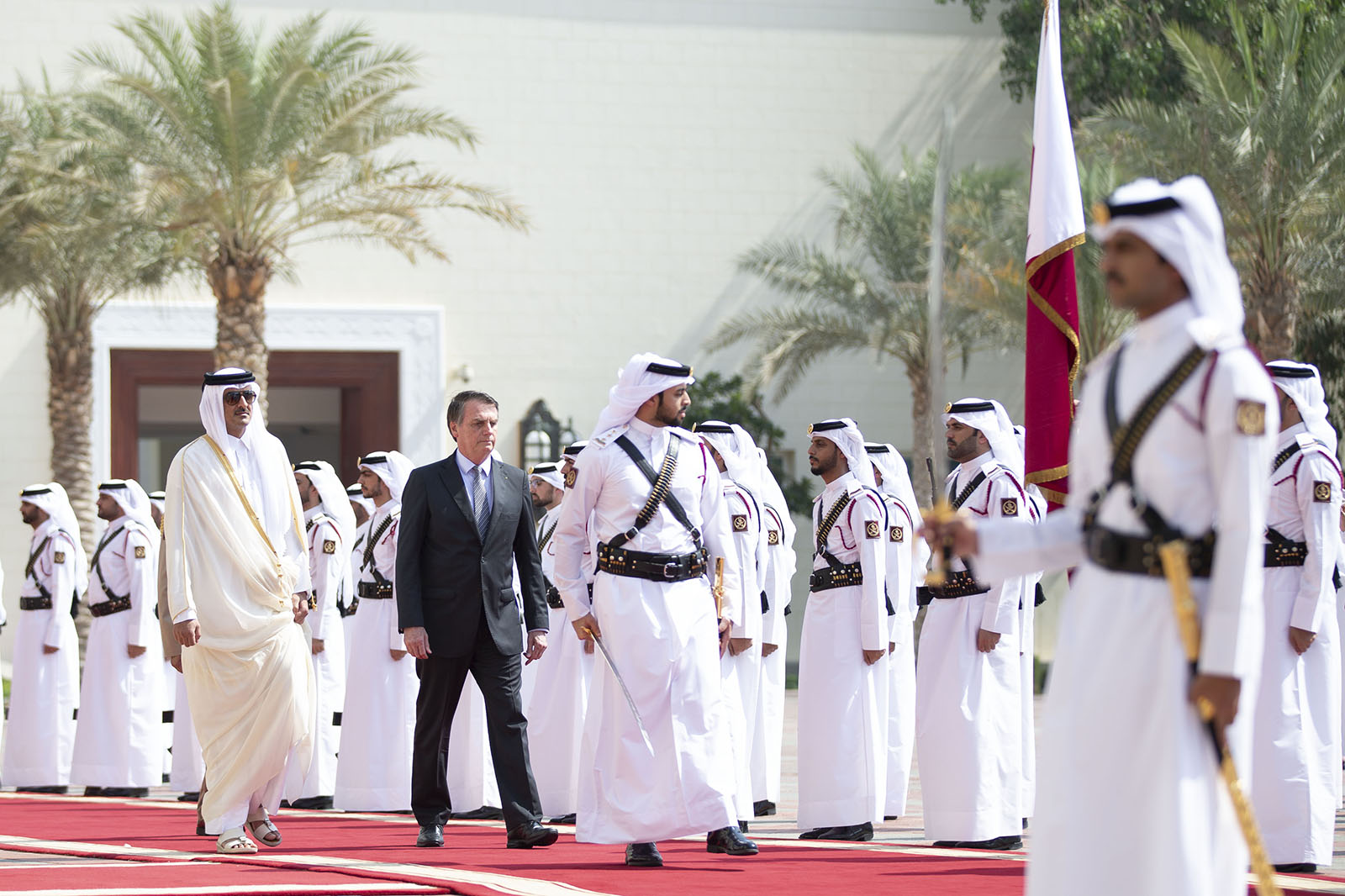 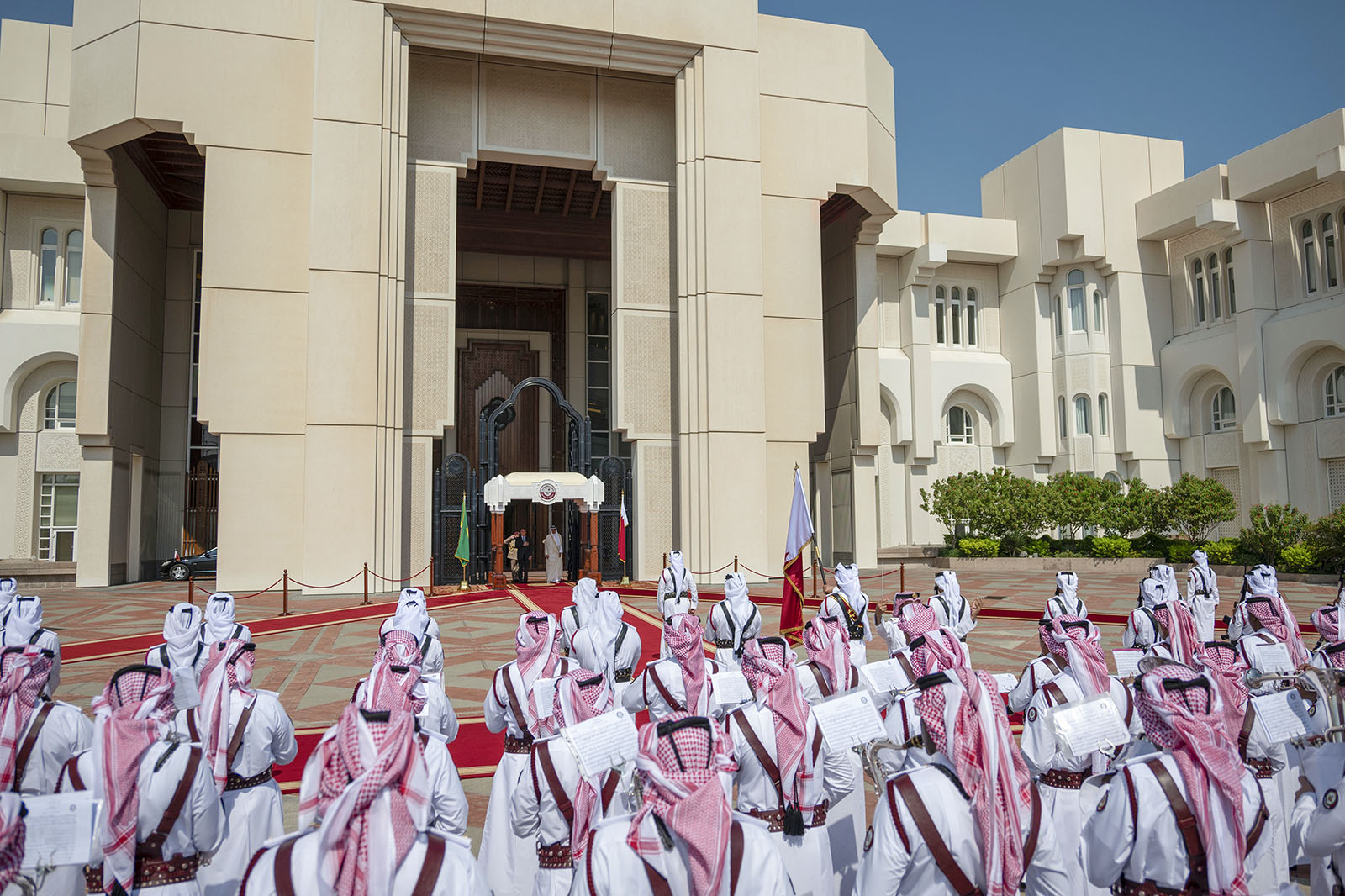 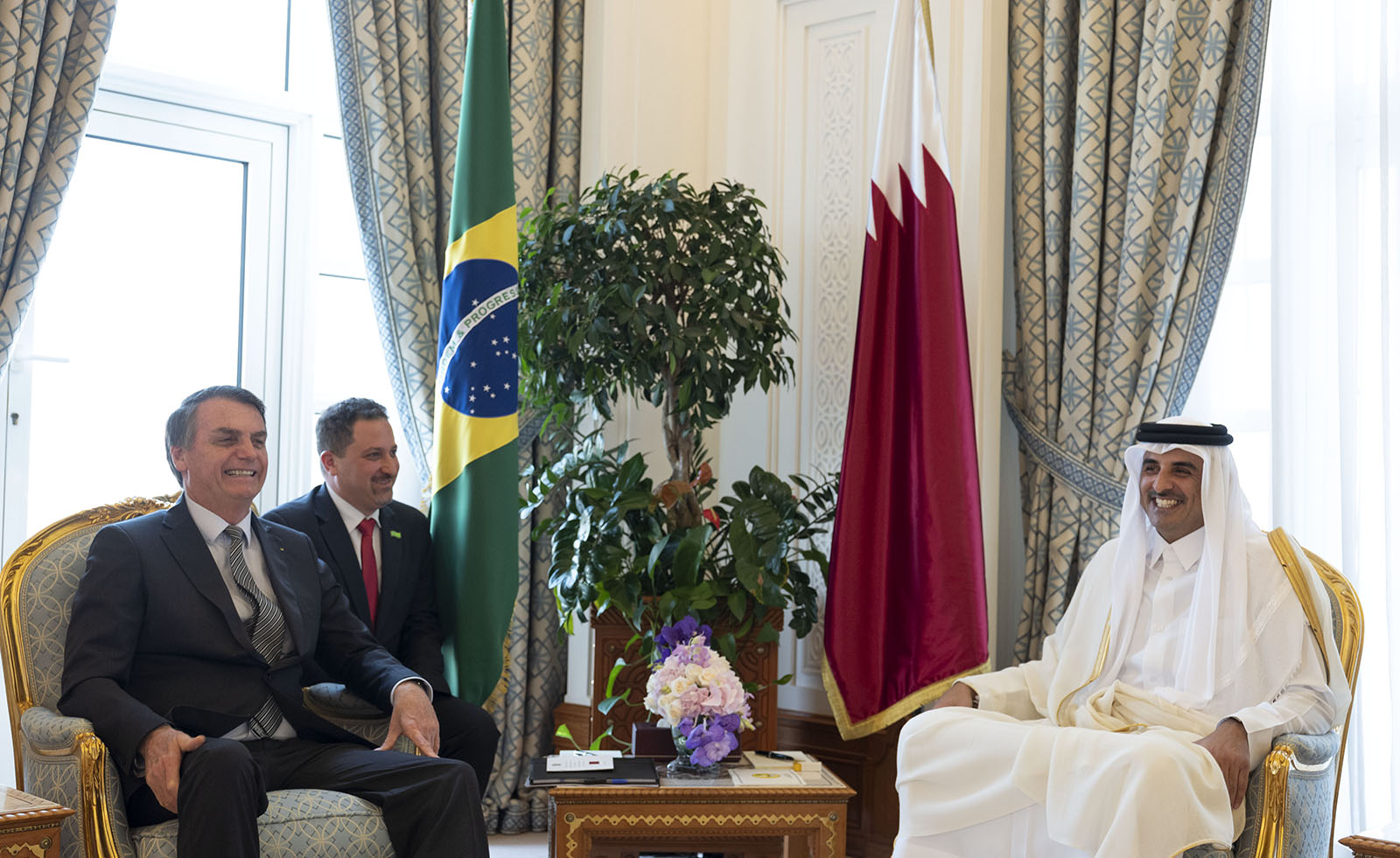 His Highness The Amir Sheikh Tamim bin Hamad Al Thani and HE the President of the Federative Republic of Brazil Jair Bolsonaro held today a session of official talks at the Amiri Diwan.

During the session, both sides discussed the strong bilateral relations between the two friendly countries and ways of developing and pushing them forward to include new aspects of bilateral cooperation, especially in the fields of politics, economy, energy, military industries and food security, in addition to encouraging investment in the private sector in both countries as well as in the sport sector as Brazil is a partner that contributes in infrastructure projects of the FIFA World Cup Qatar 2022.

They discussed the most important regional and international issues in a way that contributes to supporting and enhancing security and stability in the region and the world.

An official reception was held for HE the President of Brazil upon his arrival at the Amiri Diwan.