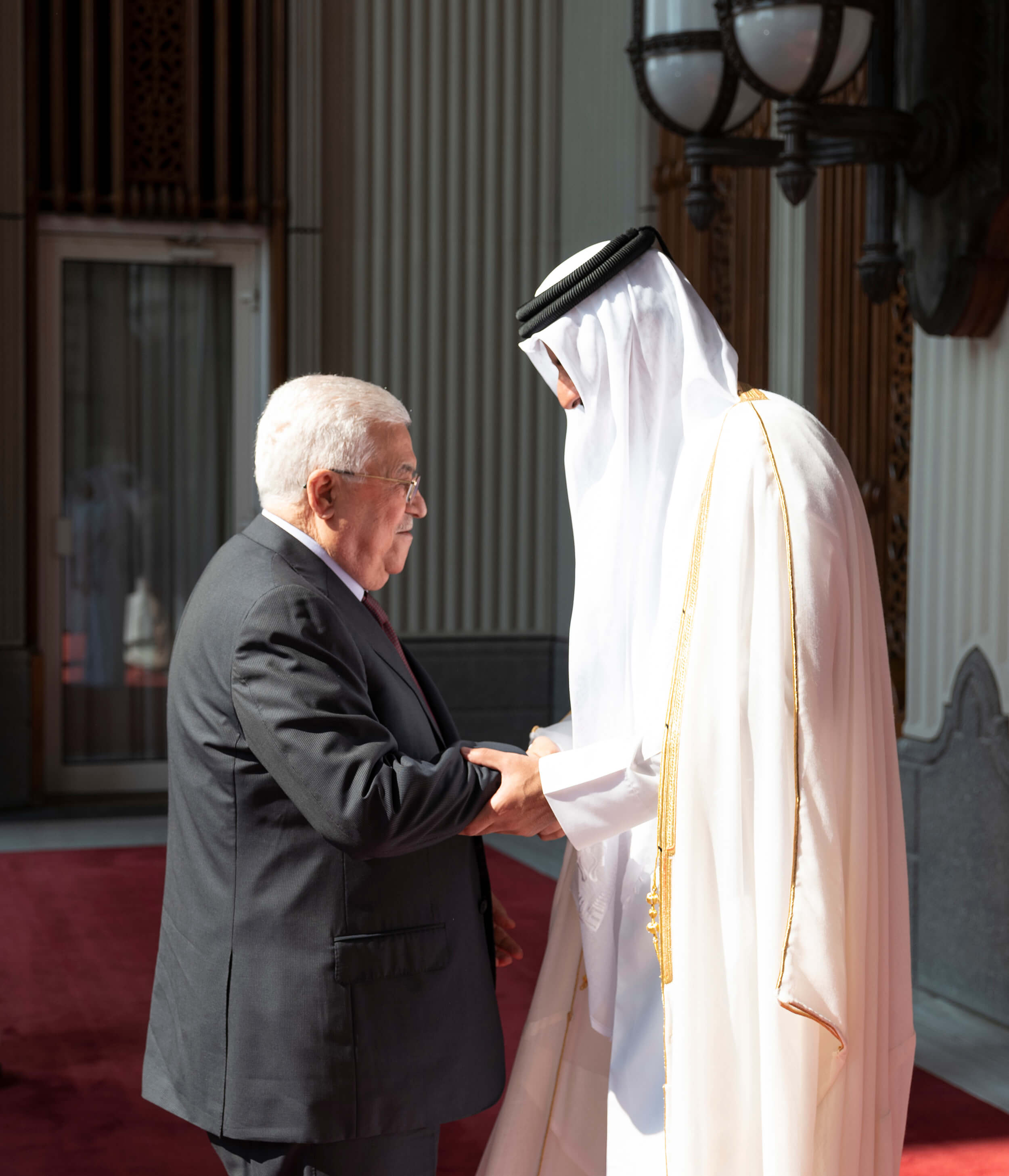 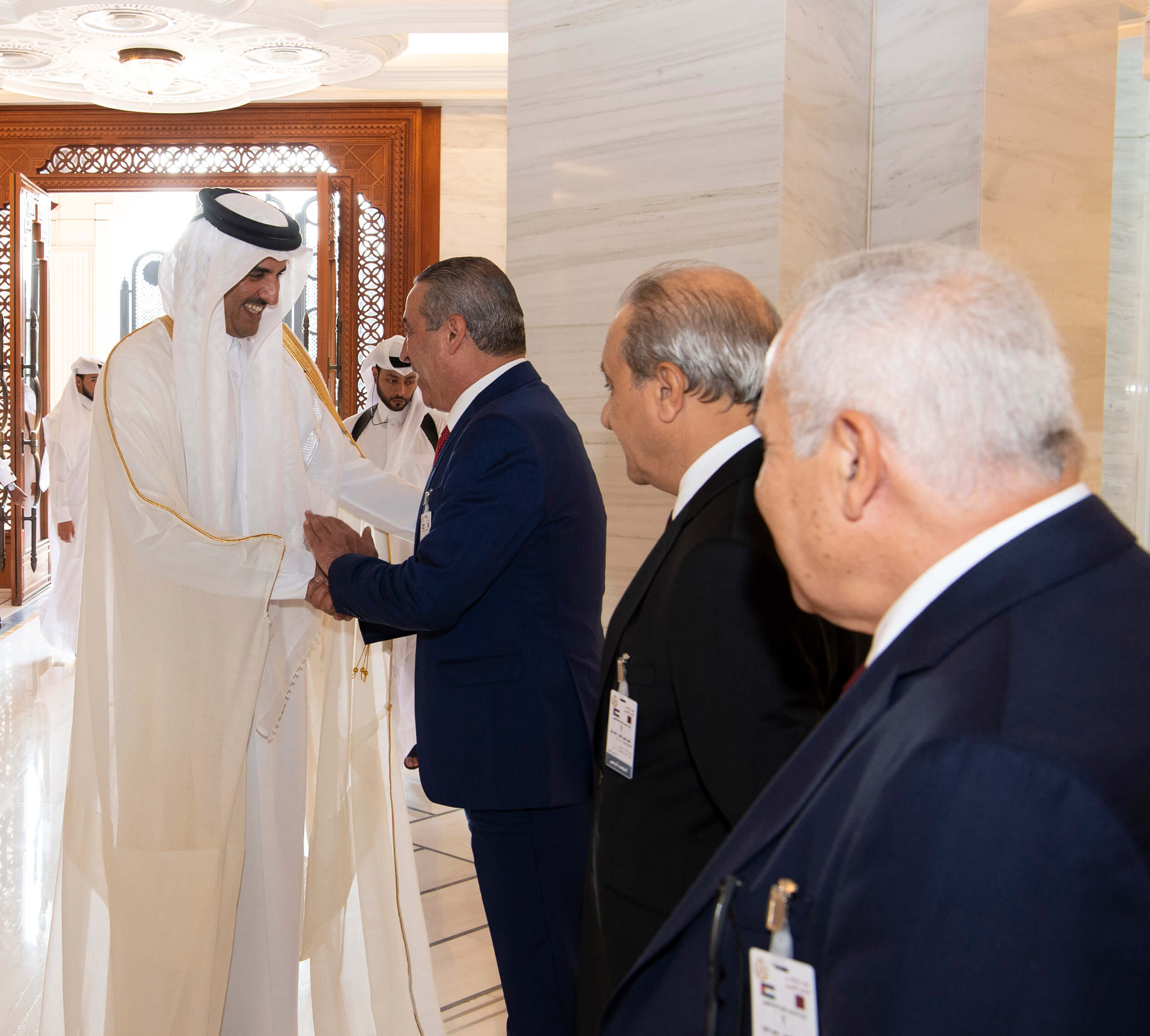 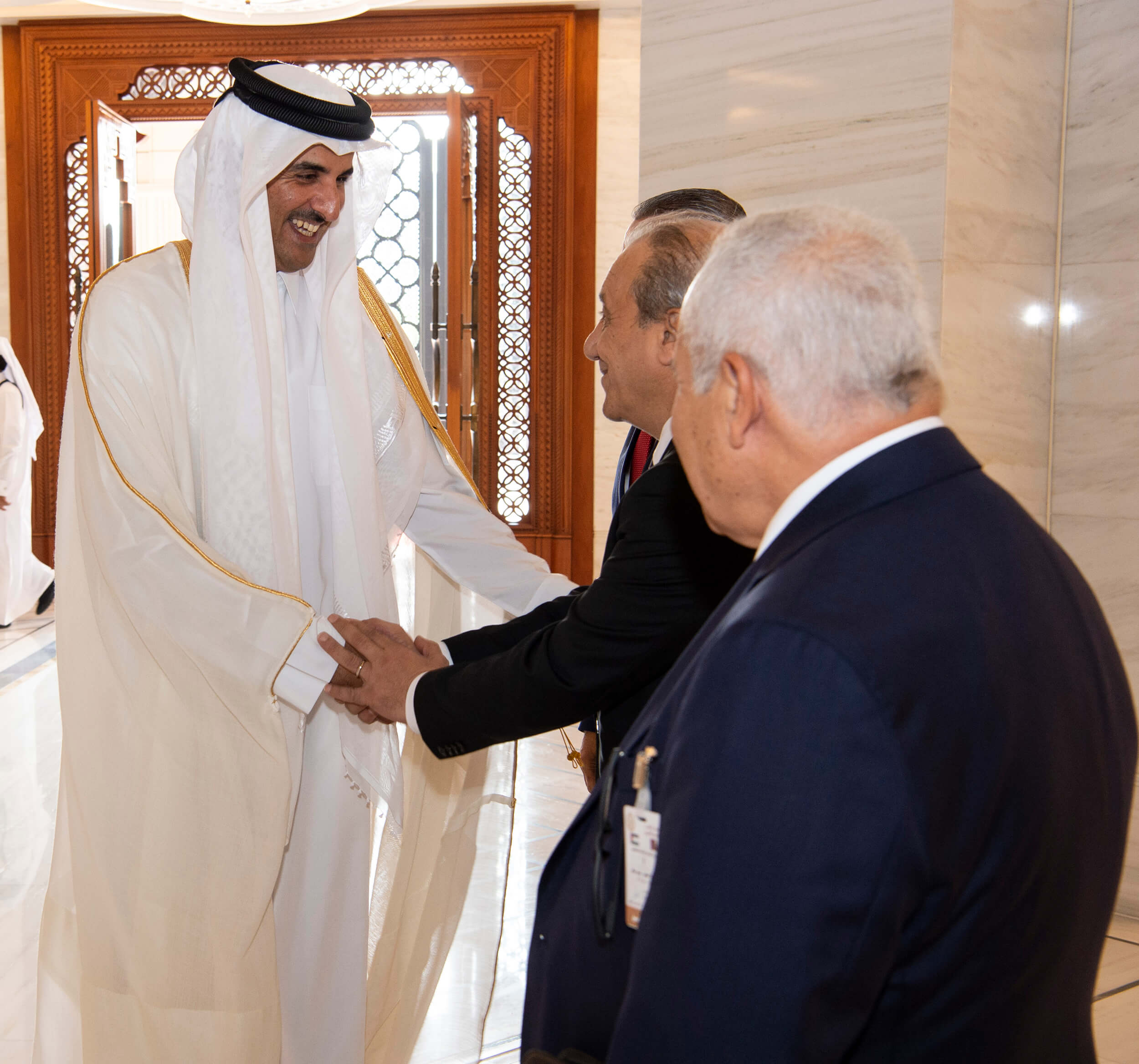 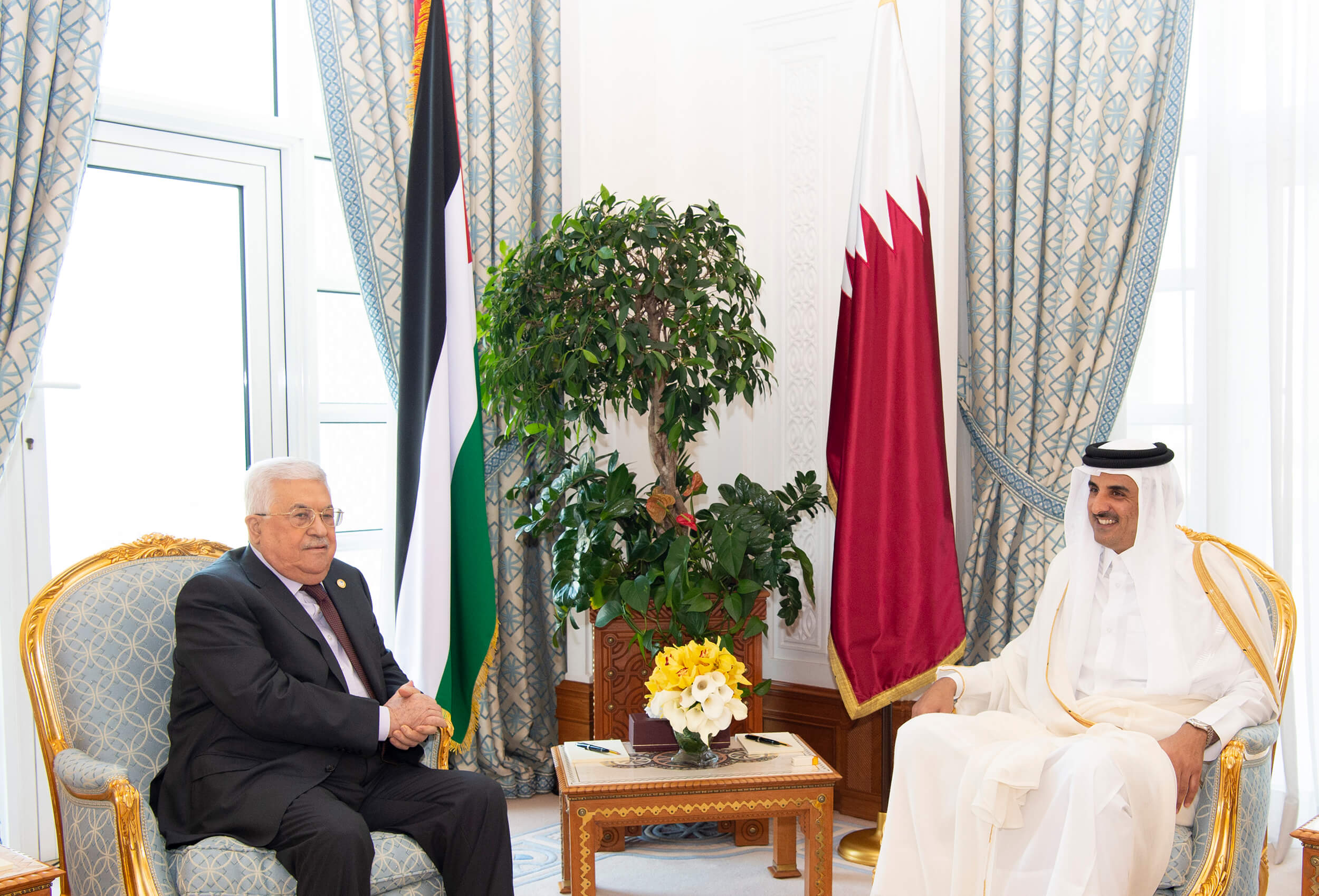 His Highness The Amir Sheikh Tamim bin Hamad Al Thani met on Wednesday with HE President of Palestine Mahmoud Abbas at the Amiri Diwan today before noon.

During the meeting, HE the President briefed HH The Amir on the latest developments on the Palestinian scene, and reiterated his thanks to His Highness for the continued and lasting support of the State of Qatar to the Palestinian people and their just cause.

The meeting also discussed bilateral relations between the two countries and ways to support and strengthen them, as well as exchange views on issues of common concern.