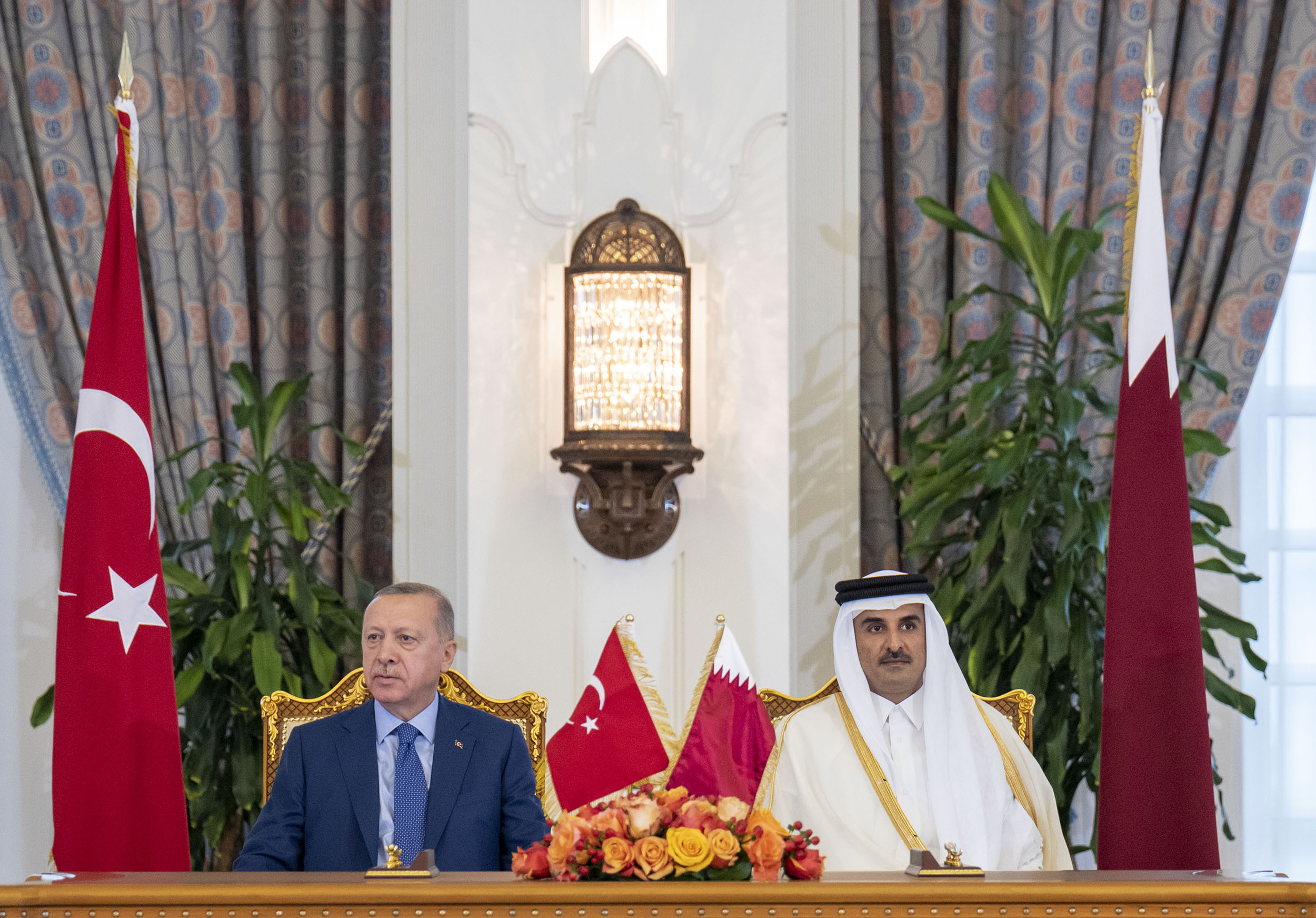 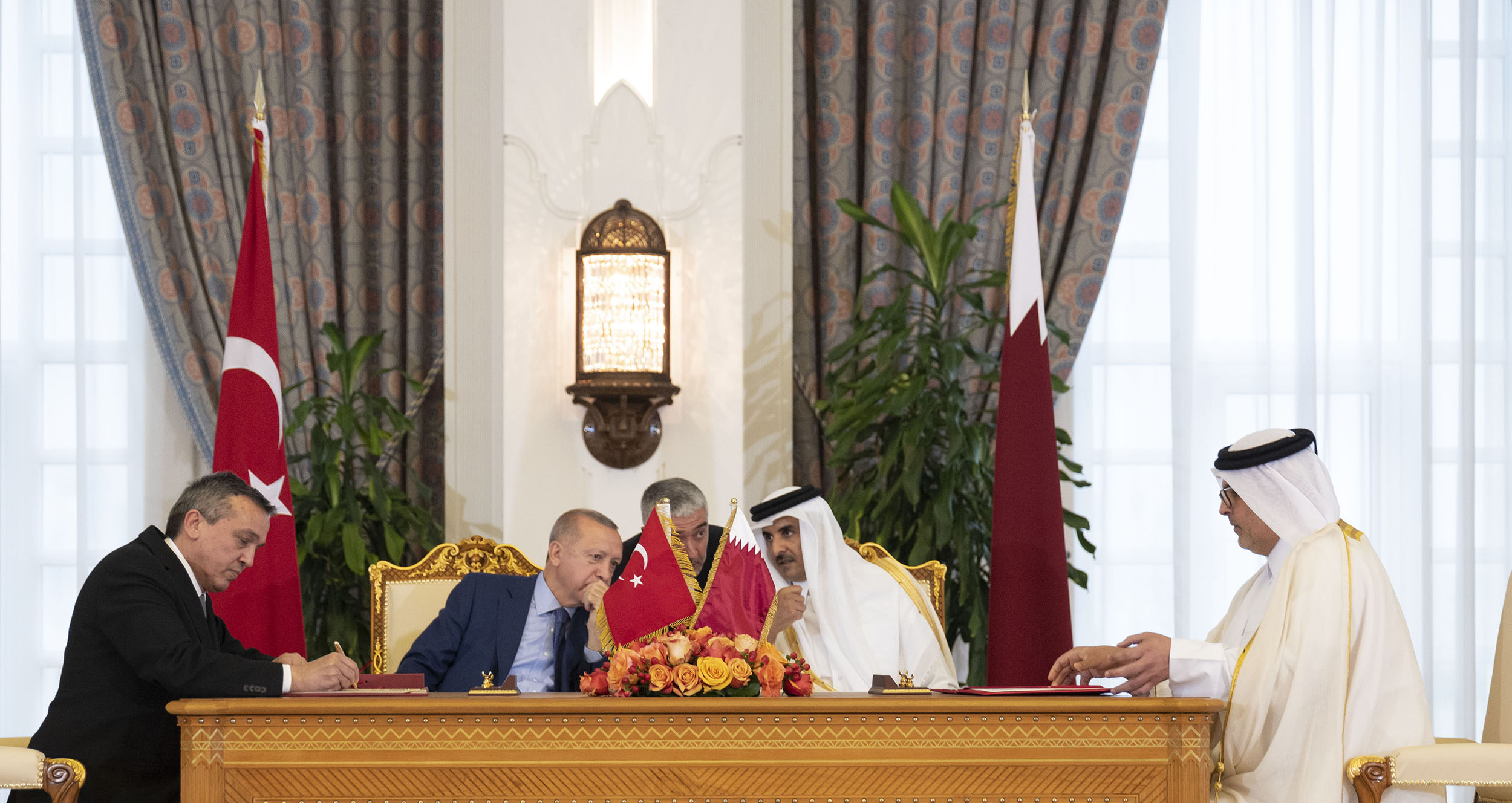 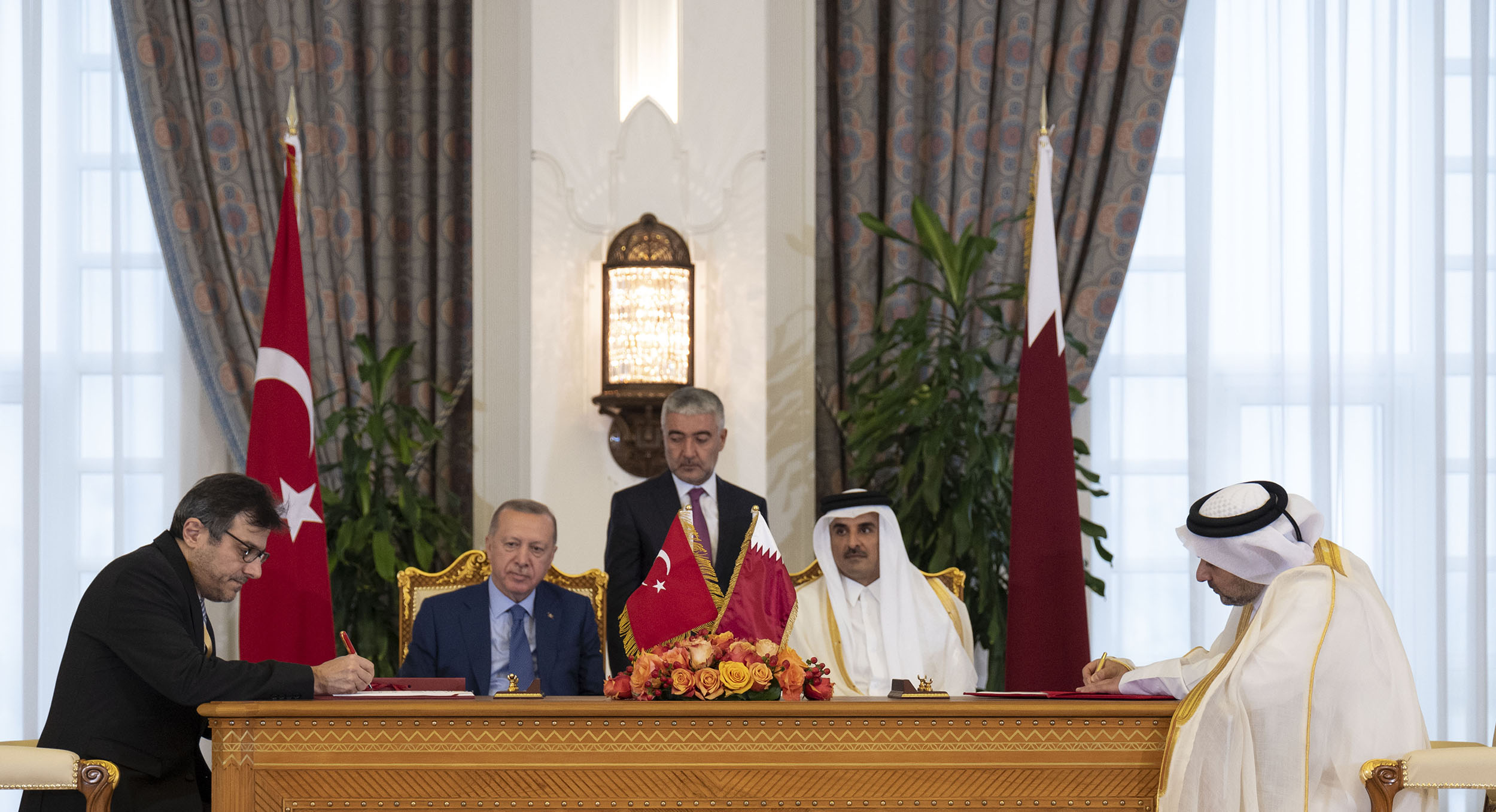 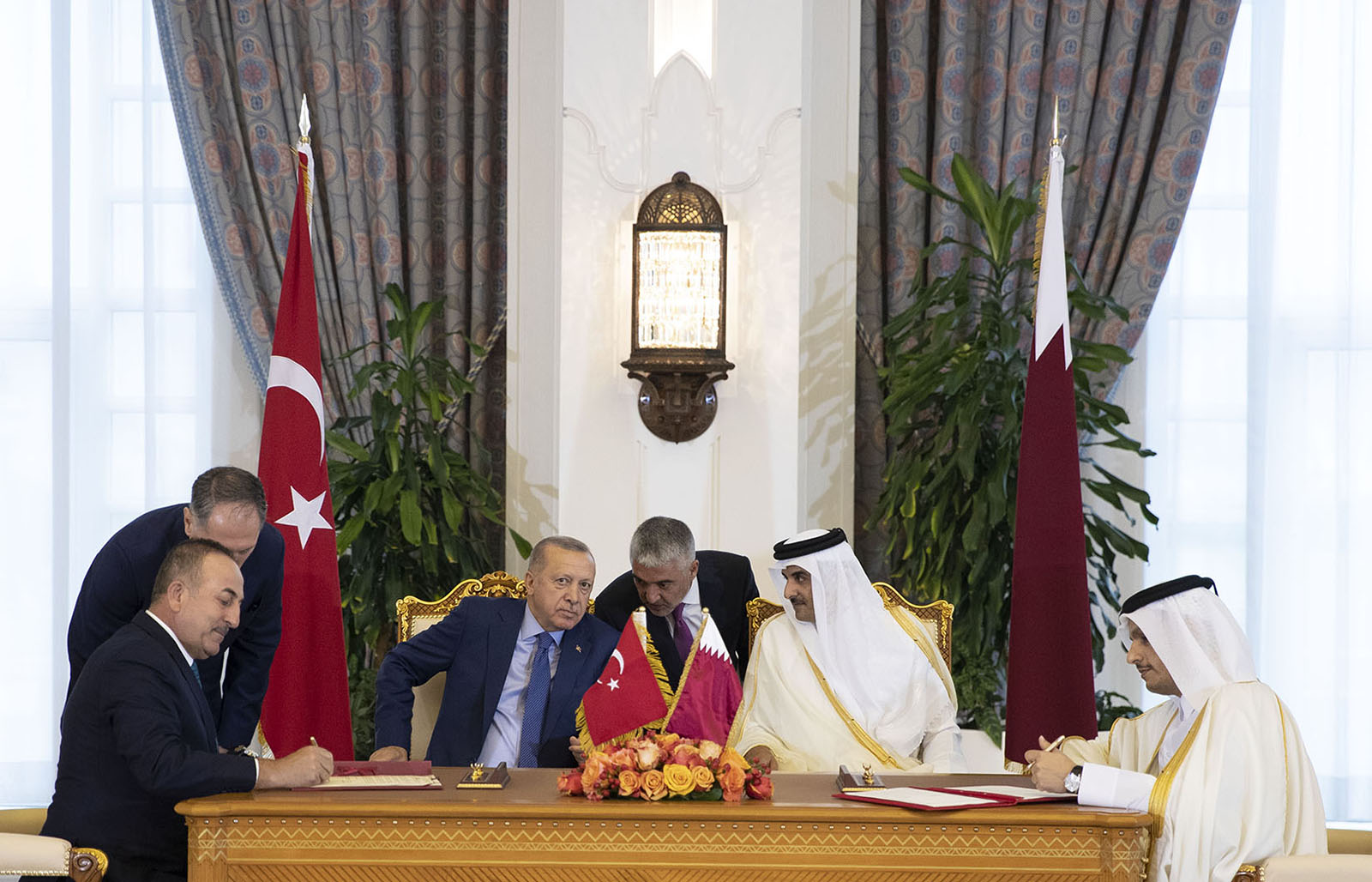 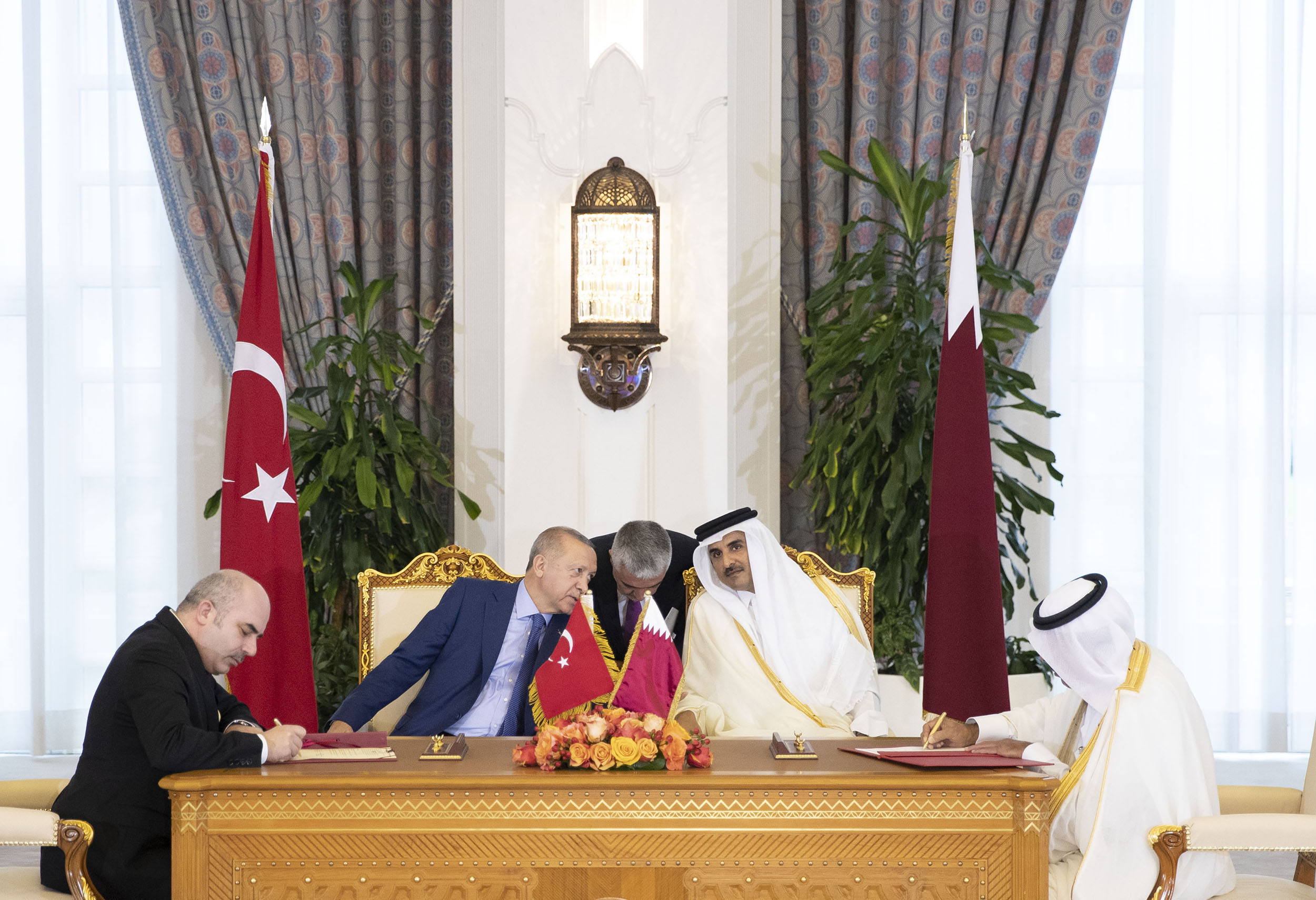 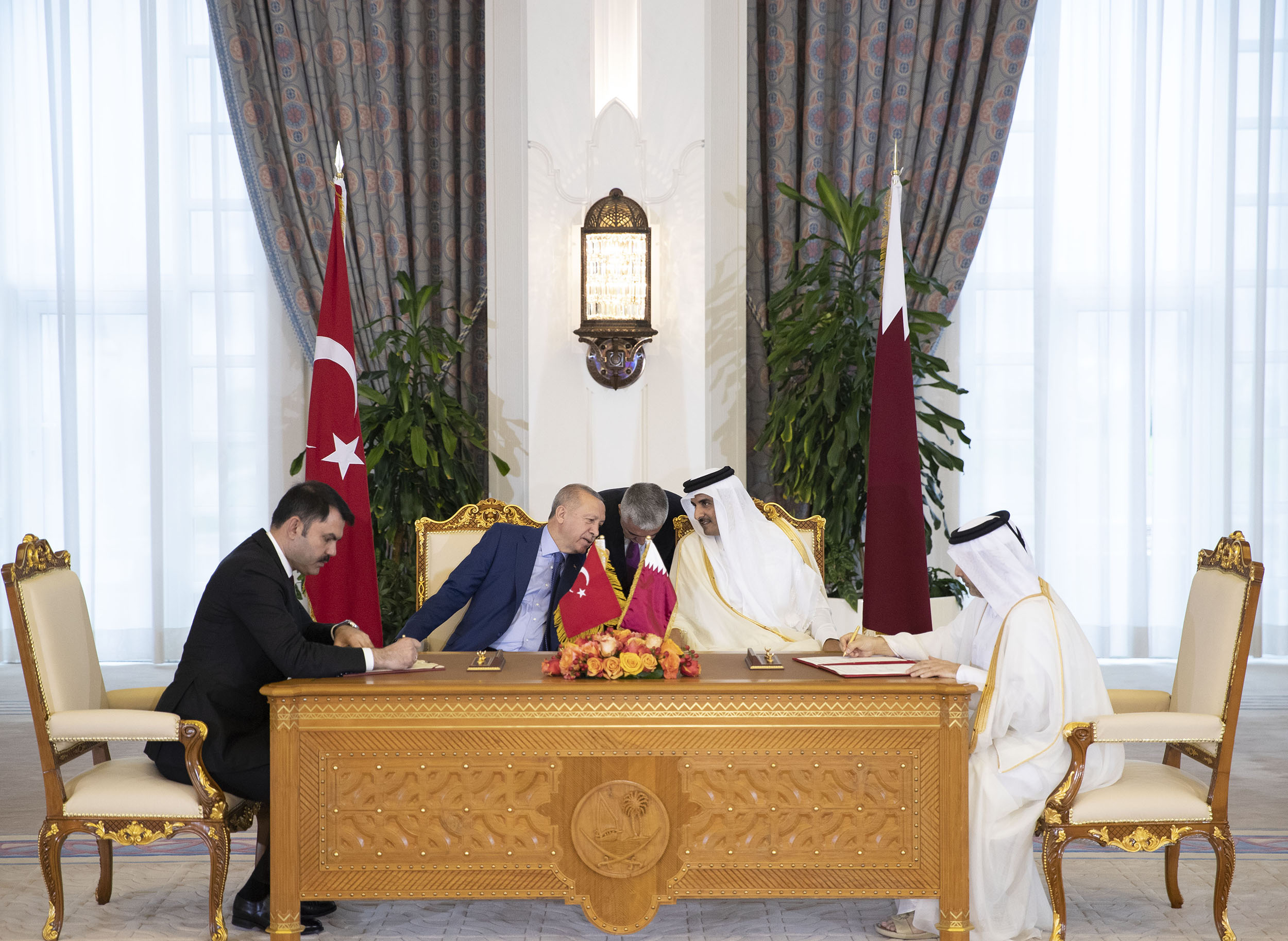 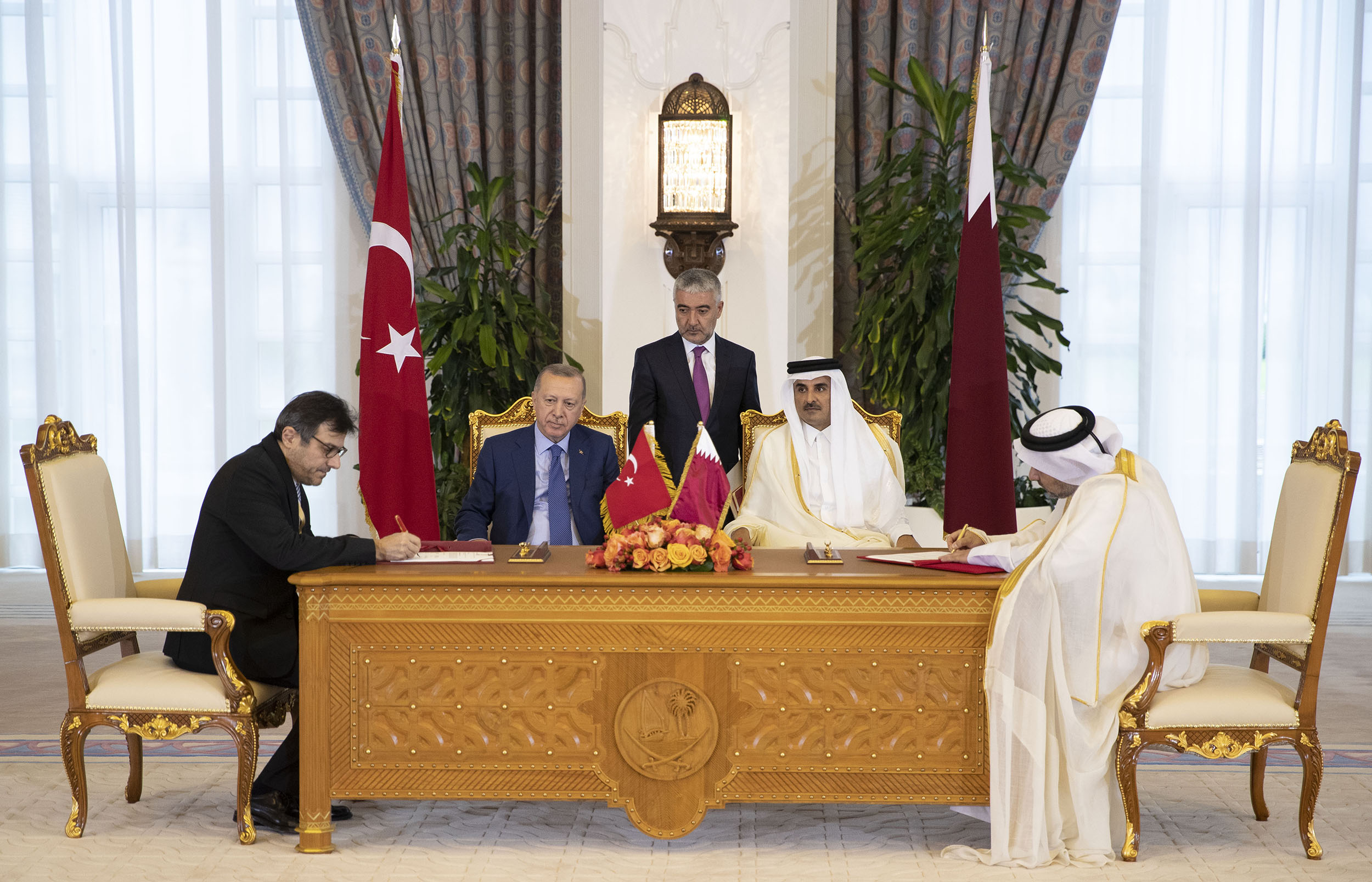 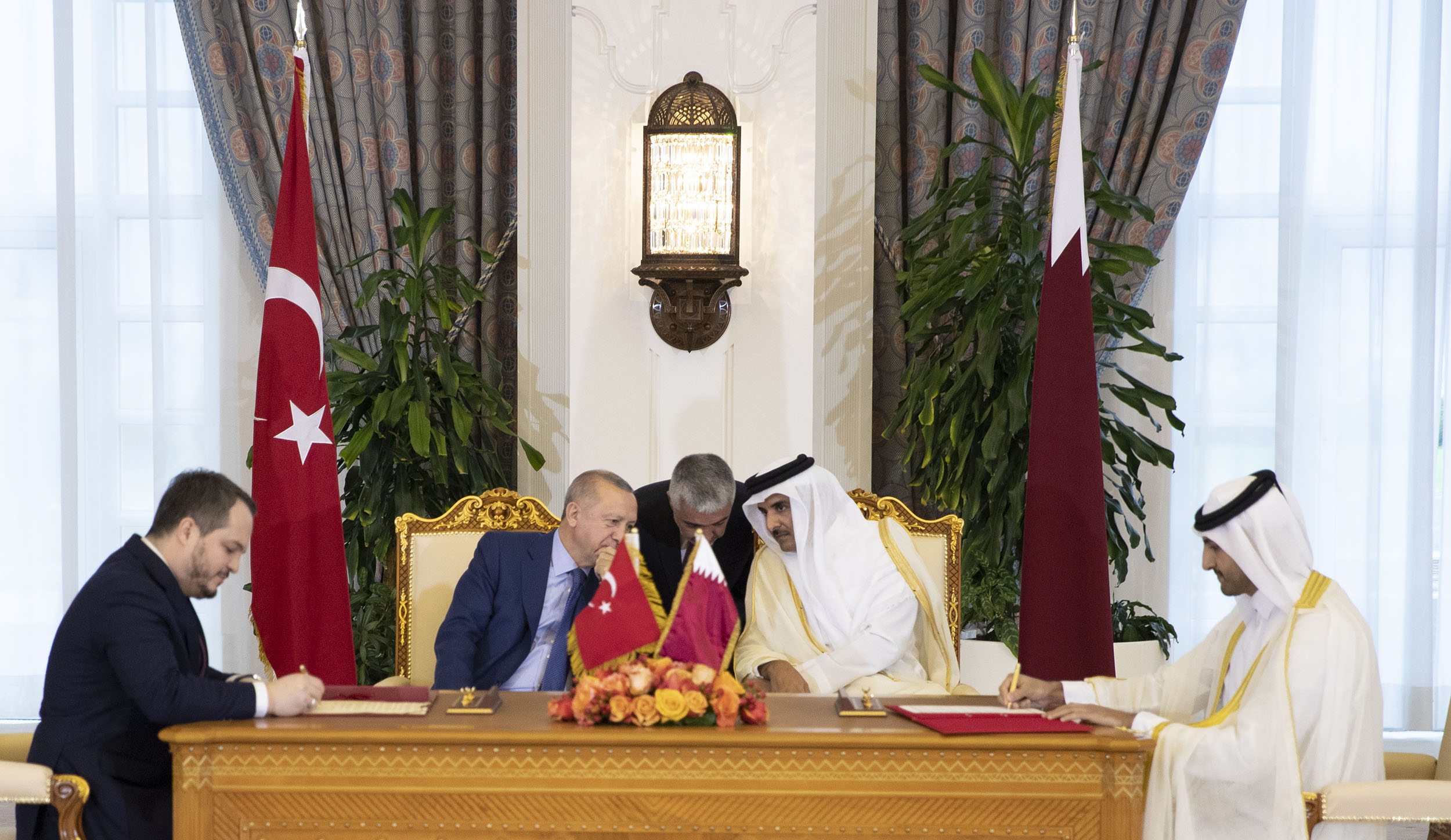 His Highness The Amir Sheikh Tamim bin Hamad Al Thani and HE President of the Republic of Turkey Recep Tayyip Erdogan chaired on Monday the Fifth session of the Qatar - Turkey Supreme Strategic Committee, that took place in the Amiri Diwan this afternoon.

The meeting dealt with the strong strategic ties in all fields, particularly political, trade partnerships, economic, and investment ties. That is in addition to energy affairs, manufacturing, industry, education, media, healthcare, tourism, and projects related to the hosting of FIFA World Cup Qatar 2022.

The two sides also discussed their counter-terrorism efforts and exchanged views on the latest regional and international developments, particularly in Palestine, Syria, Yemen, and Iraq.

The signing ceremony was attended by a number of their Excellencies the ministers, and on the Turkish side by members of the official delegation accompanying HE the President and ranking officials.