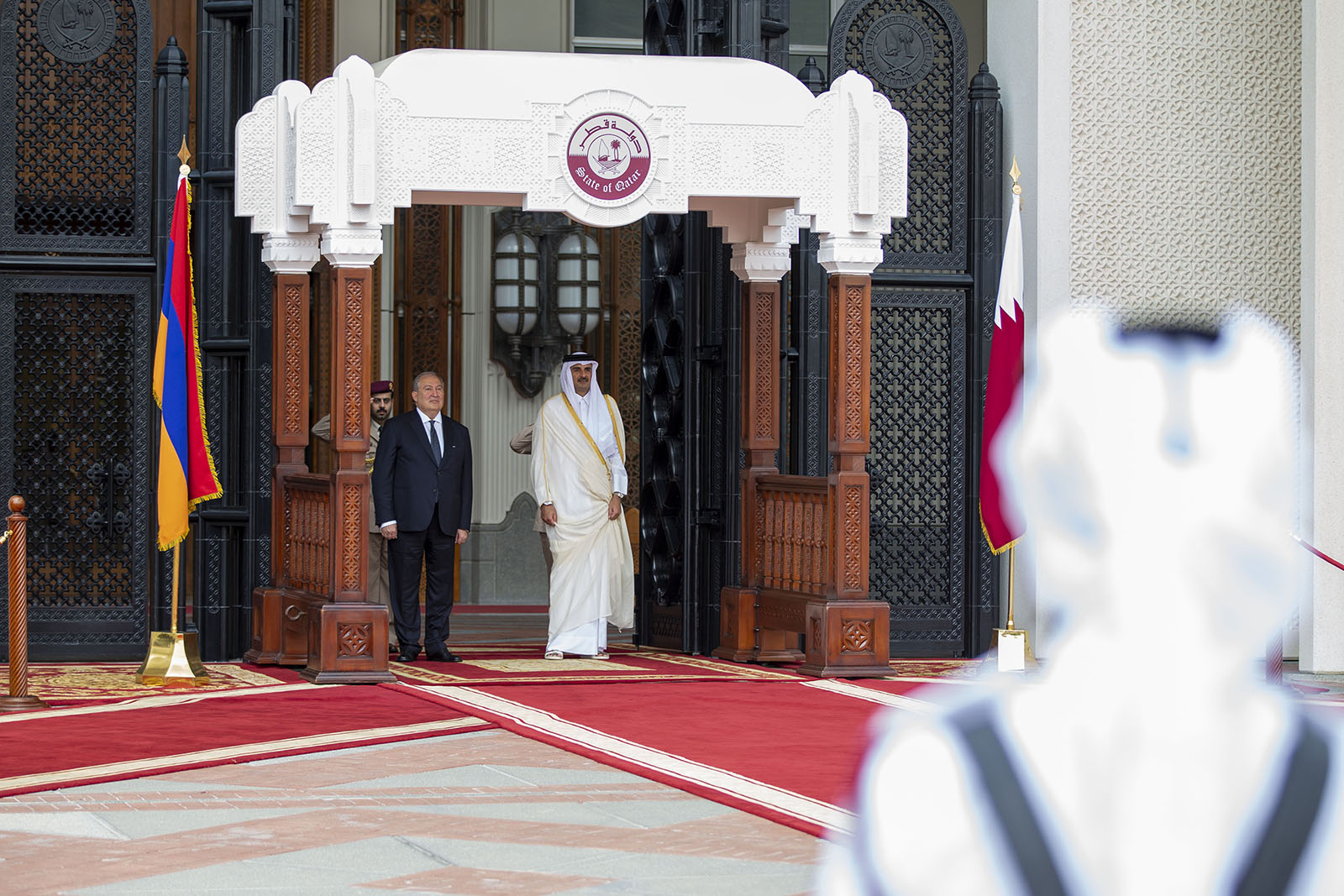 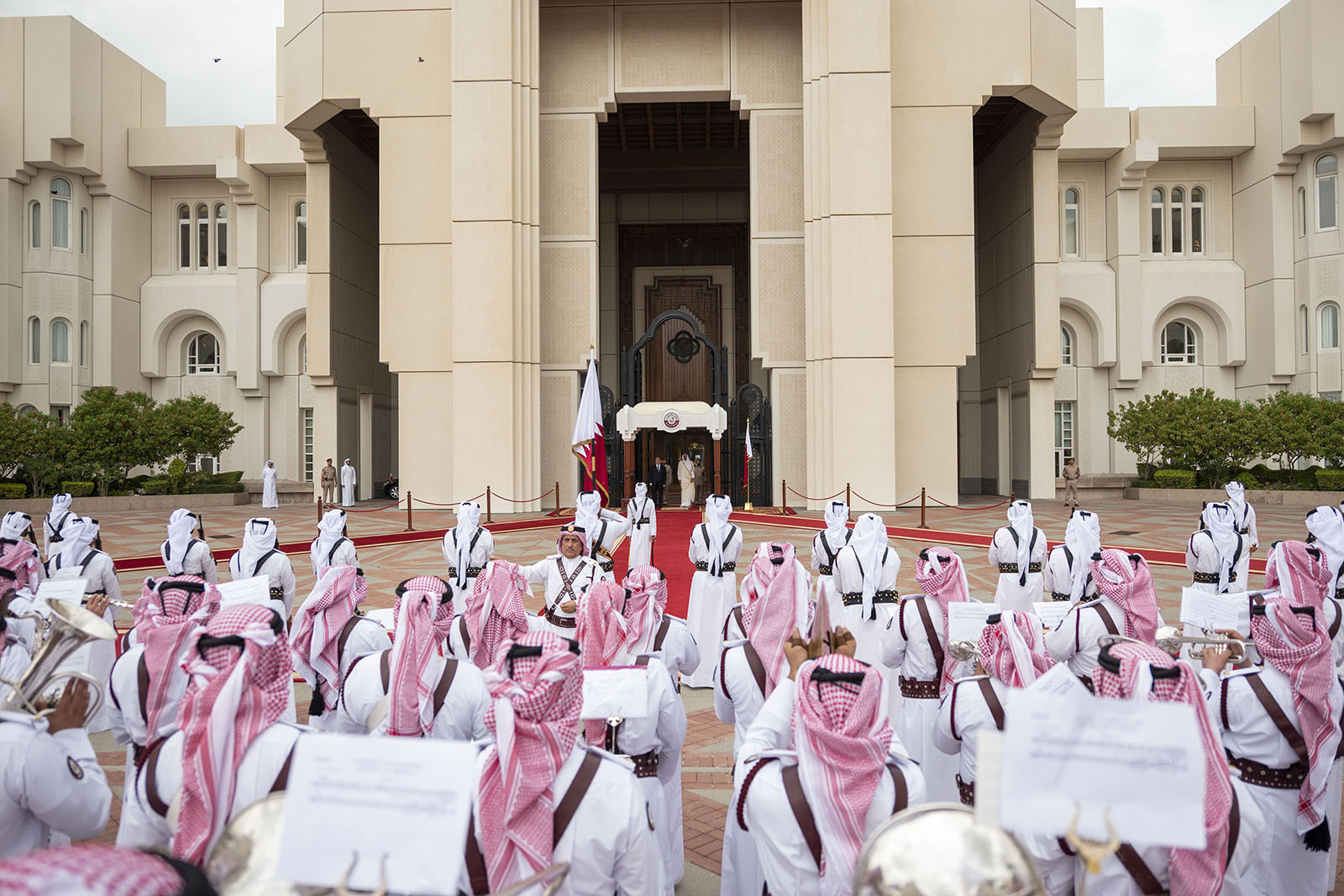 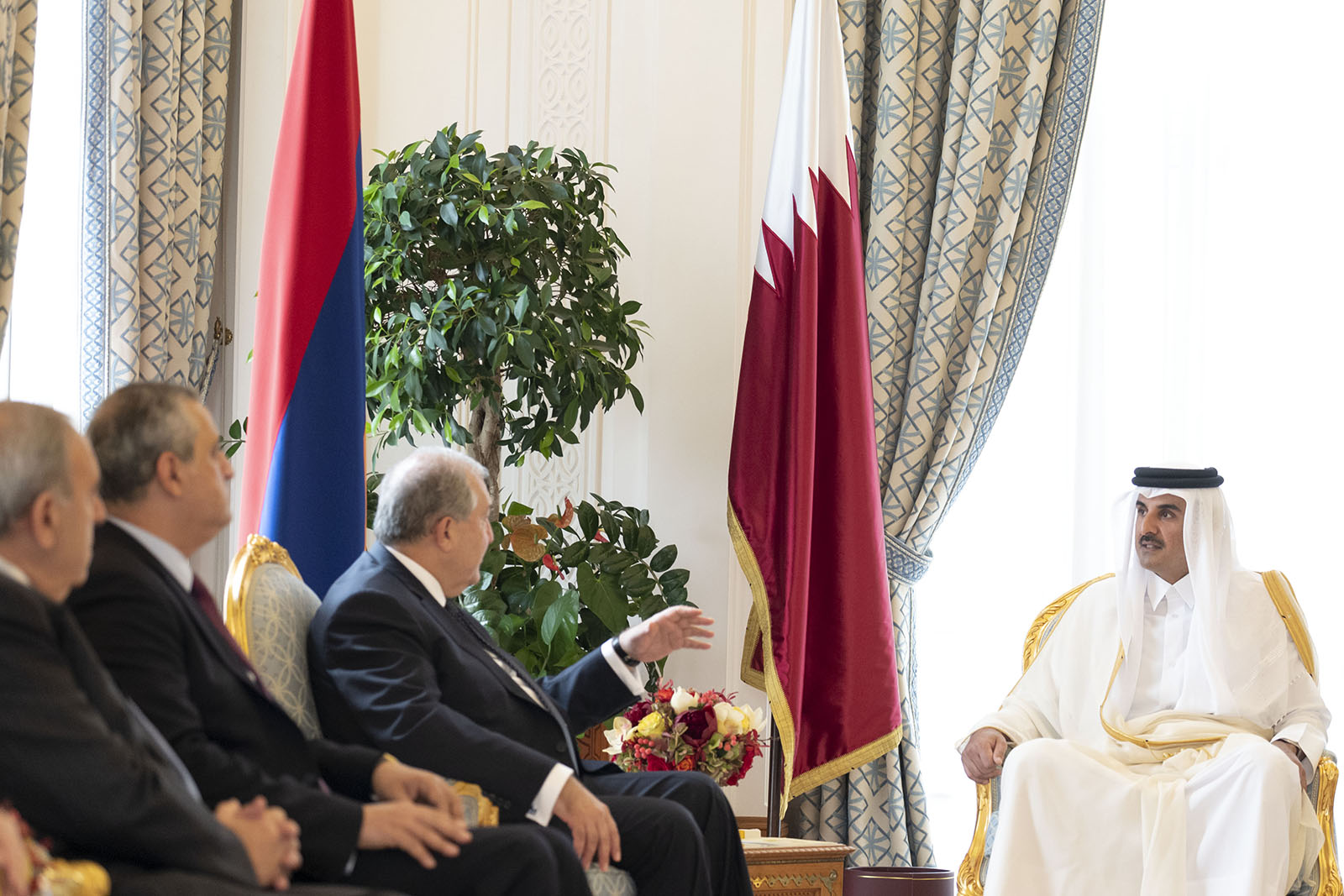 His Highness The Amir Sheikh Tamim bin Hamad Al Thani and HE the President of the Republic of Armenia Armen Sarkissian held official talks at the Amiri Diwan on Tuesday.

During the meeting, they discussed bilateral relations and ways of developing and enhancing them to new horizons of cooperation, especially in the fields of economy, trade, investment, agriculture, tourism and food security.

The two sides also exchanged views on a number of issues of common concern.

An official reception was held for the President of Armenia upon his arrival at the Amiri Diwan.