HH The Amir Receives Message from President of Somalia 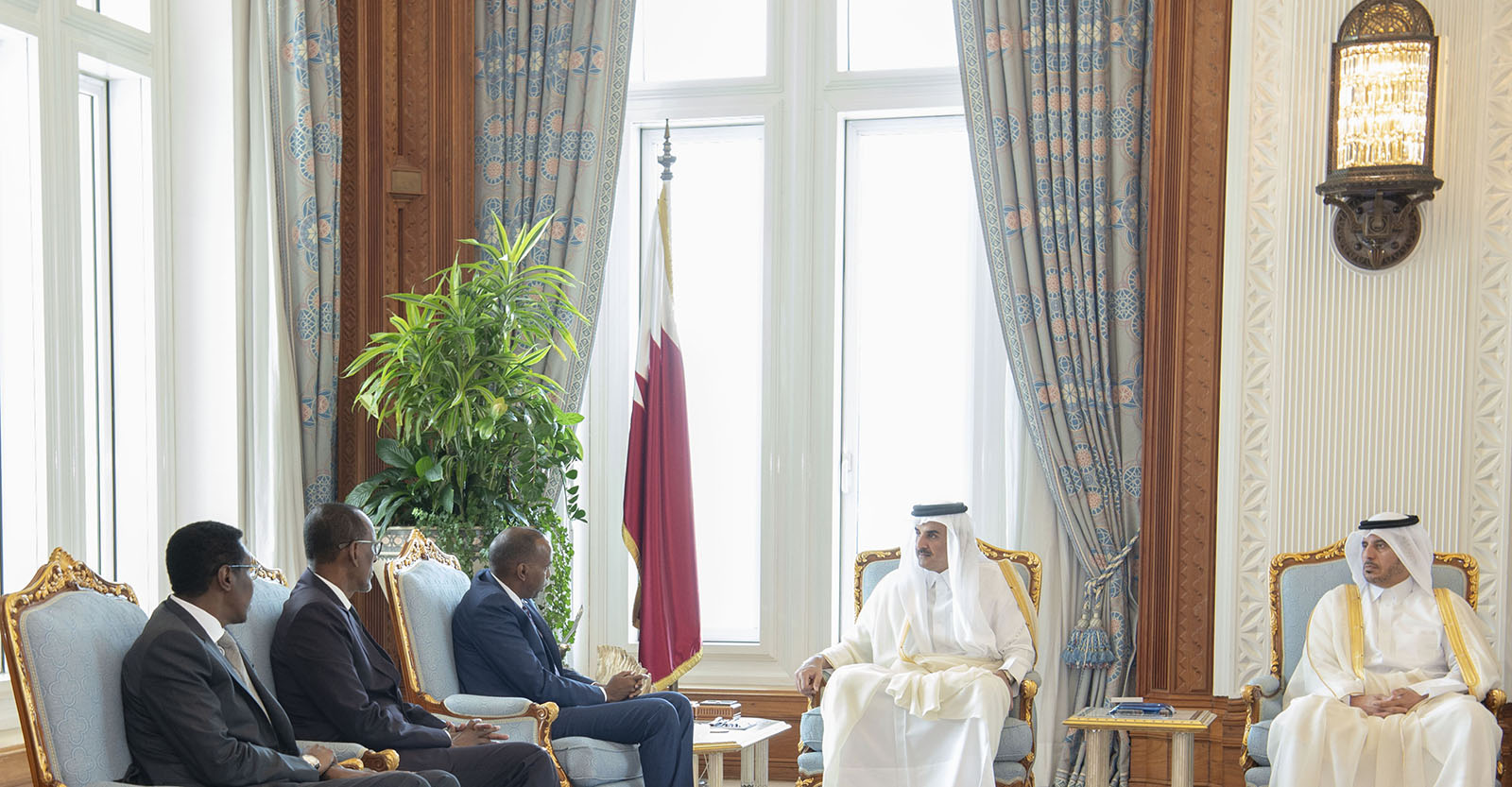 His Highness The Amir Sheikh Tamim bin Hamad Al Thani received a verbal message from HE President of the Federal Republic of Somalia Mohamed Abdullahi Farmajo, pertaining to the bilateral relations and aspects of developing them.

The message was conveyed by HE Prime Minister of the Federal Republic of Somalia Hassan Ali Khayre when HH The Amir met him at the Amiri Diwan office on Sunday morning.

During the meeting, HH The Amir and HE the Prime Minister reviewed the relations of cooperation between the two countries and ways of promoting them.