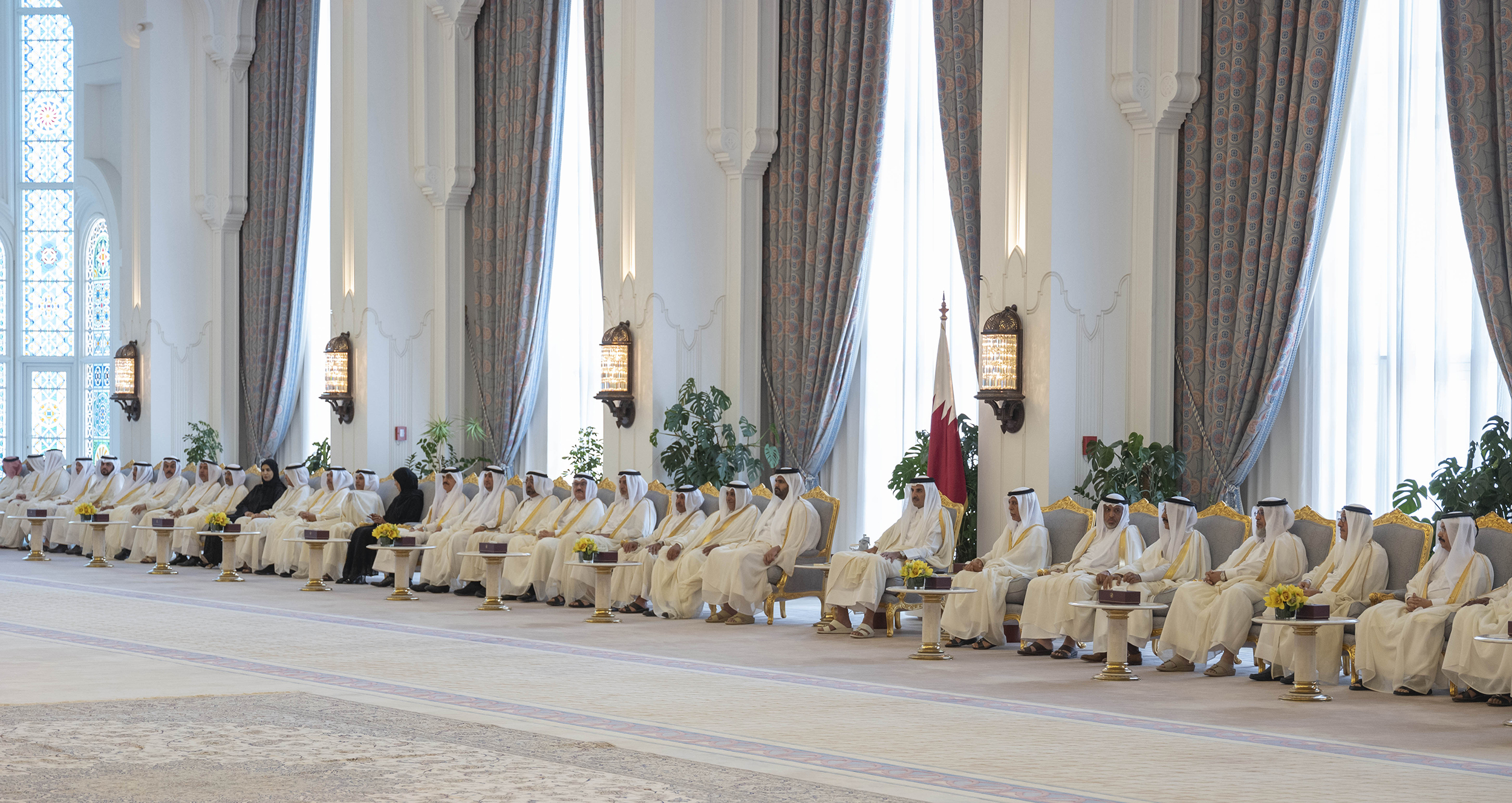 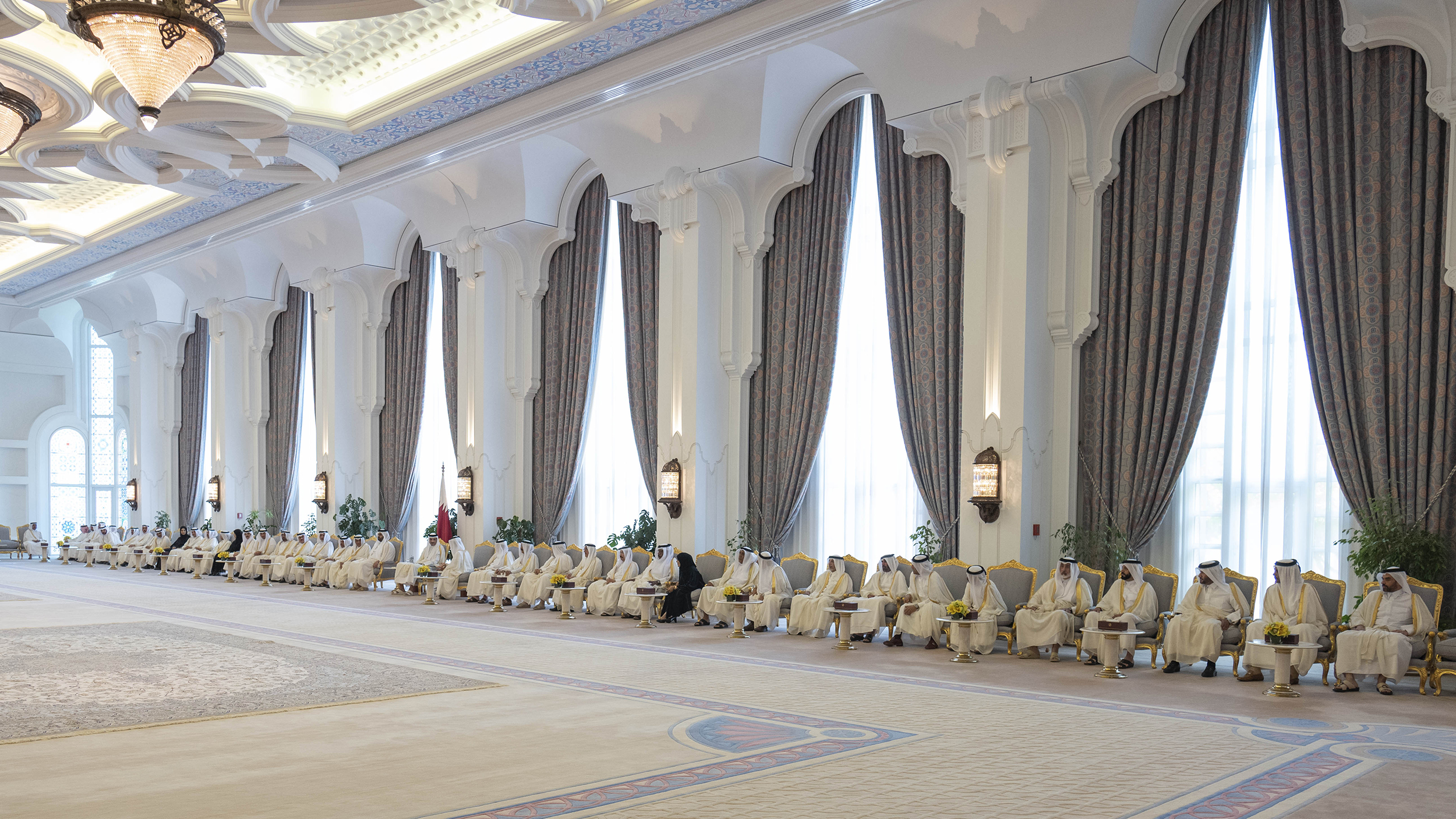 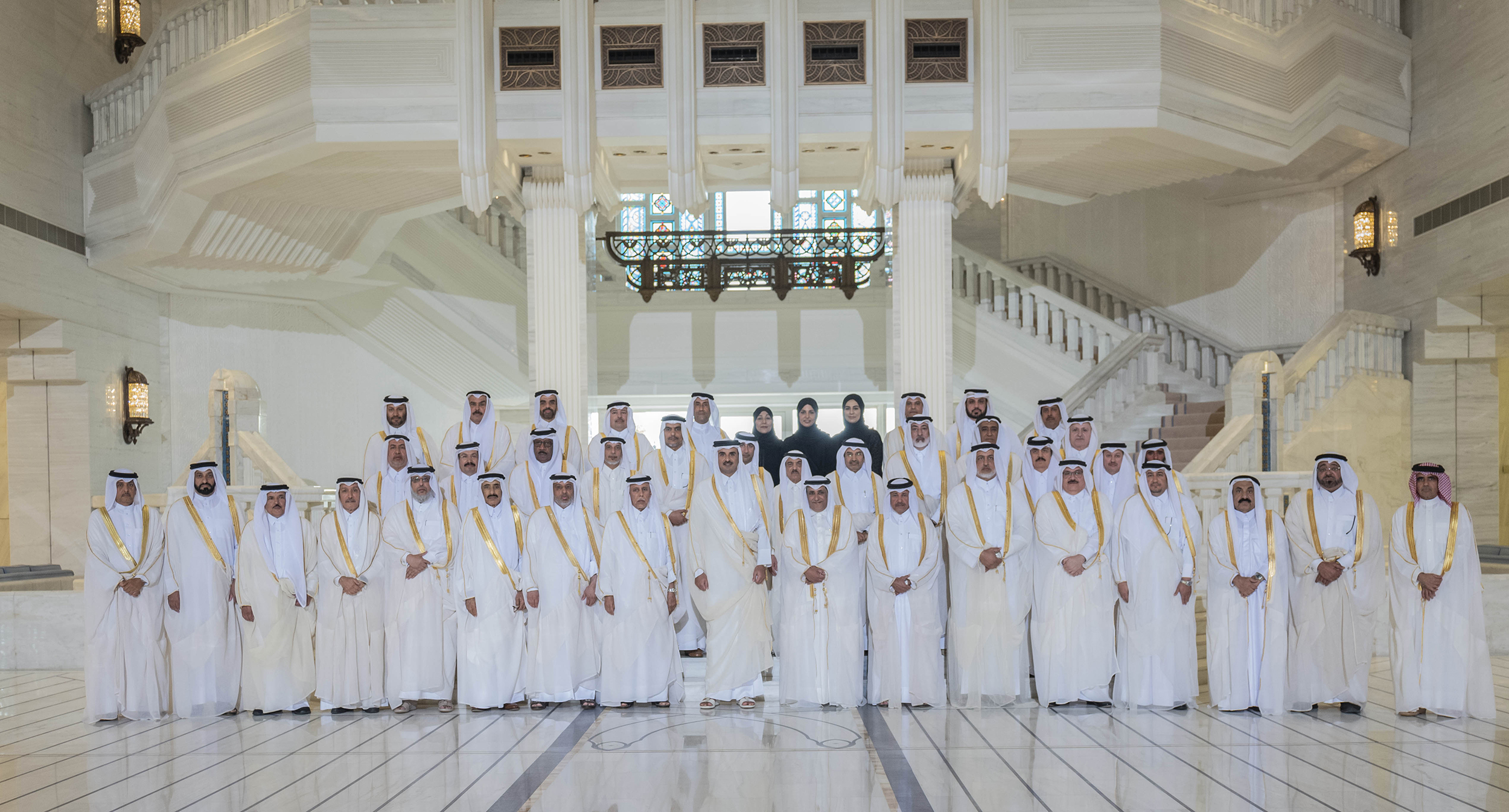 His Highness The Amir Sheikh Tamim bin Hamad Al Thani received, at the Amiri Diwan on Wednesday morning, HE the Speaker of the Shura Council Ahmed bin Abdullah bin Zaid Al Mahmoud and the members of the Council.

The meeting was attended by His Highness The Deputy Amir Sheikh Abdullah bin Hamad Al Thani.

For his part, HH The Amir welcomed the Speaker and members, noting the efforts exerted by the Council in enriching the national work in the legislative field and following up the progress of the government work, and its notable presence internationally, stressing the importance of preparing for the upcoming elections of the Shura Council. HH The Amir expressed his hope that the elections will enhance the role of the Council in the future.