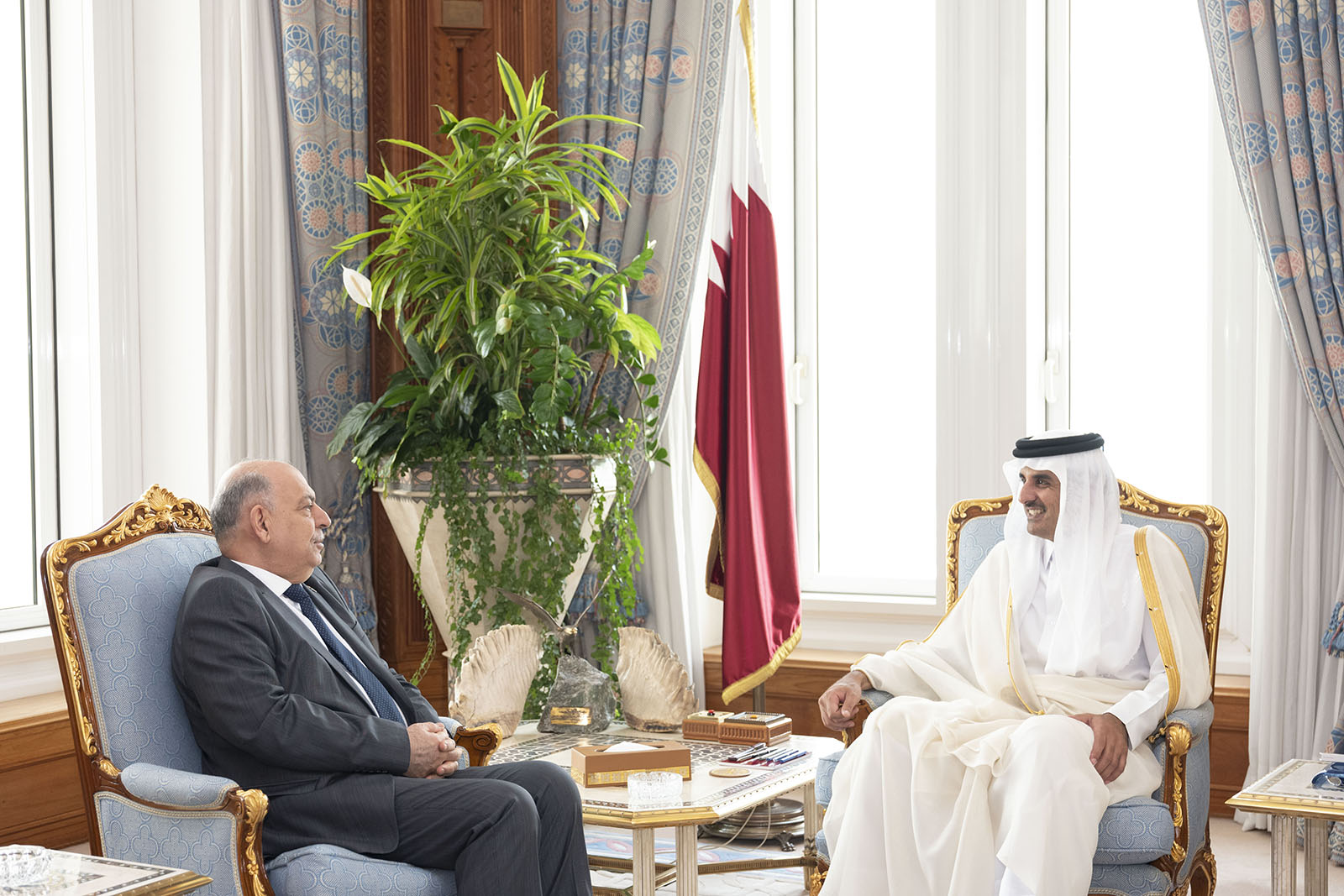 His Highness The Amir Sheikh Tamim bin Hamad Al Thani received at the Amiri Diwan office on Sunday with HE Deputy Prime Minister for Energy Affairs and Oil Minister of the Republic of Iraq, Thamir Abbas Al Ghadhban, who called on to greet HH The Amir on the occasion of his visit to the country.

At the outset of the meeting, HE the Minister conveyed the greetings of HE President of the Republic of Iraq Dr. Barham Salih to HH The Amir and his wishes to the Qatari people of further development and prosperity.

HH The Amir entrusted HE the Minister to convey his greetings to HE the Iraqi President and his wishes to him and the brotherly Iraqi people of continued progress and prosperity.

During the meeting, the cooperation between the two countries were reviewed, especially in the field of energy.