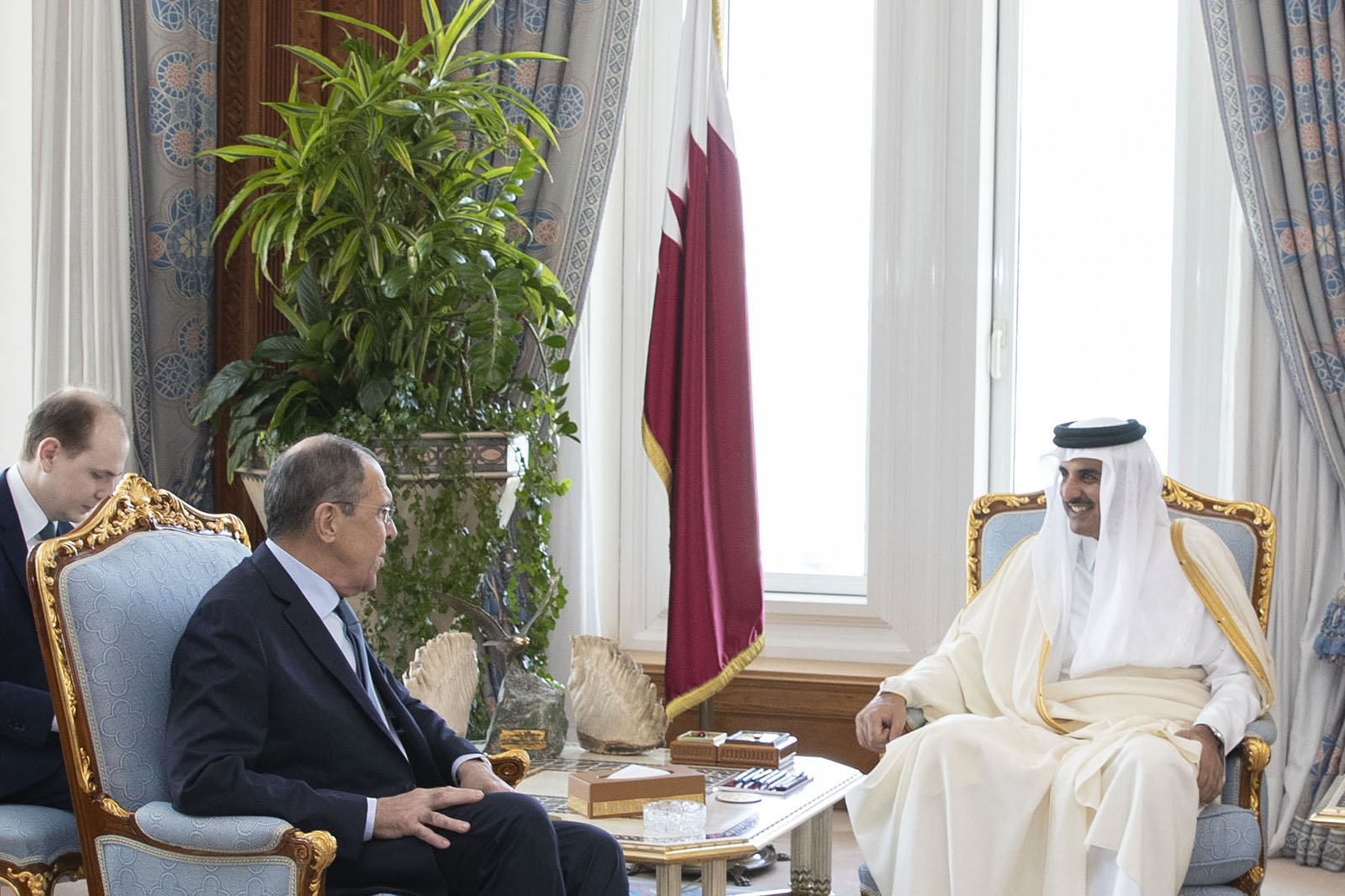 His Highness The Amir Sheikh Tamim bin Hamad Al Thani met at his Amiri Diwan Office on Monday morning with HE Minister of Foreign Affairs of the Russian Federation Sergey Lavrov and his accompanying delegation.

At the outset of the meeting, HE the Minister conveyed the greetings of President of the Russian Federation Vladimir Putin and his best wishes for the Qatari people of further progress and prosperity. HH The Amir conveyed his greetings to HE the President and wished him health and well-being and for the Russian people continued development.

During the meeting, they reviewed the existing relations of cooperation between the two friendly countries and the areas of their development, in addition to regional and international developments, especially developments in Syria, Libya and Somalia in addition to the Gulf crisis.