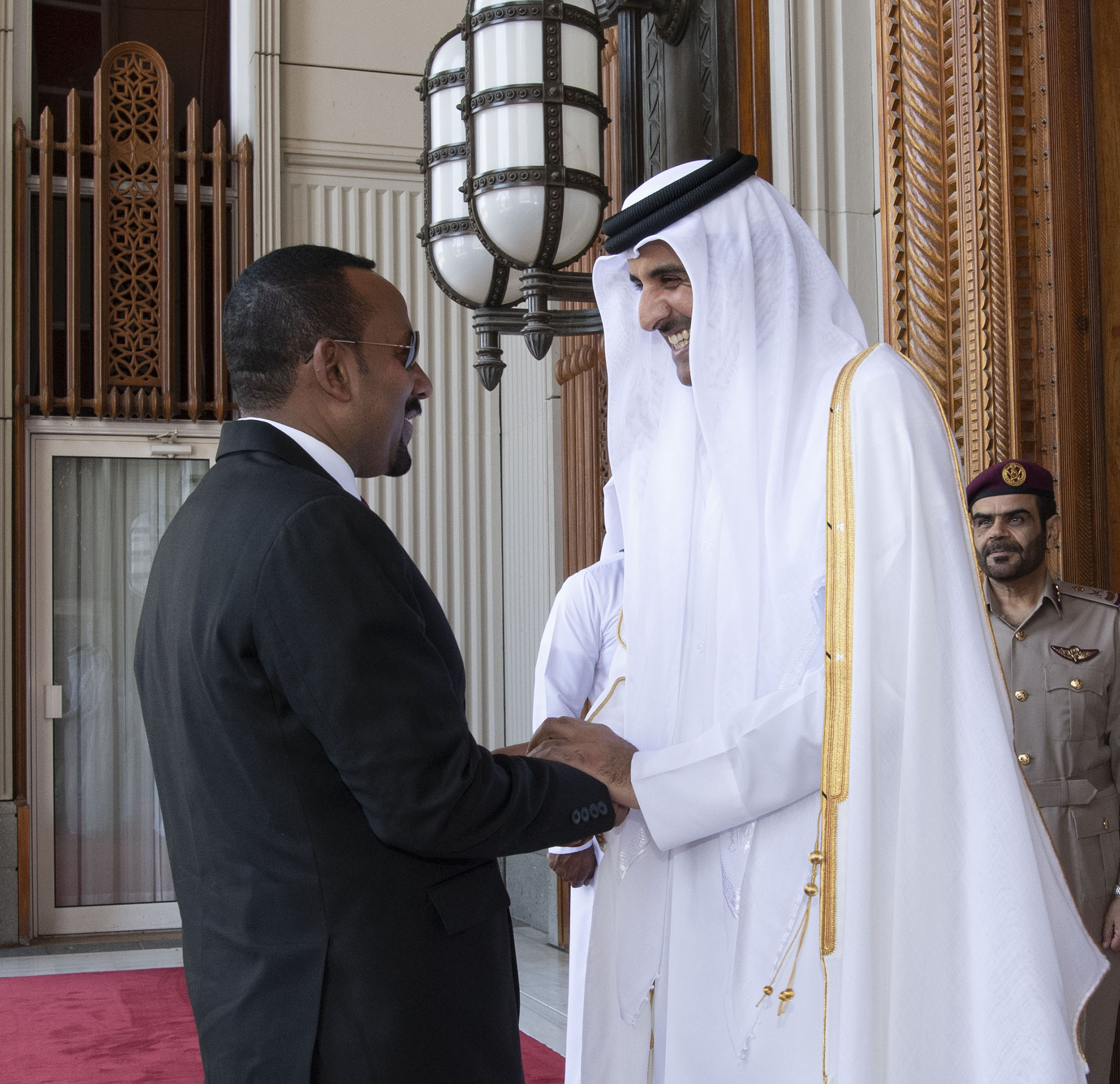 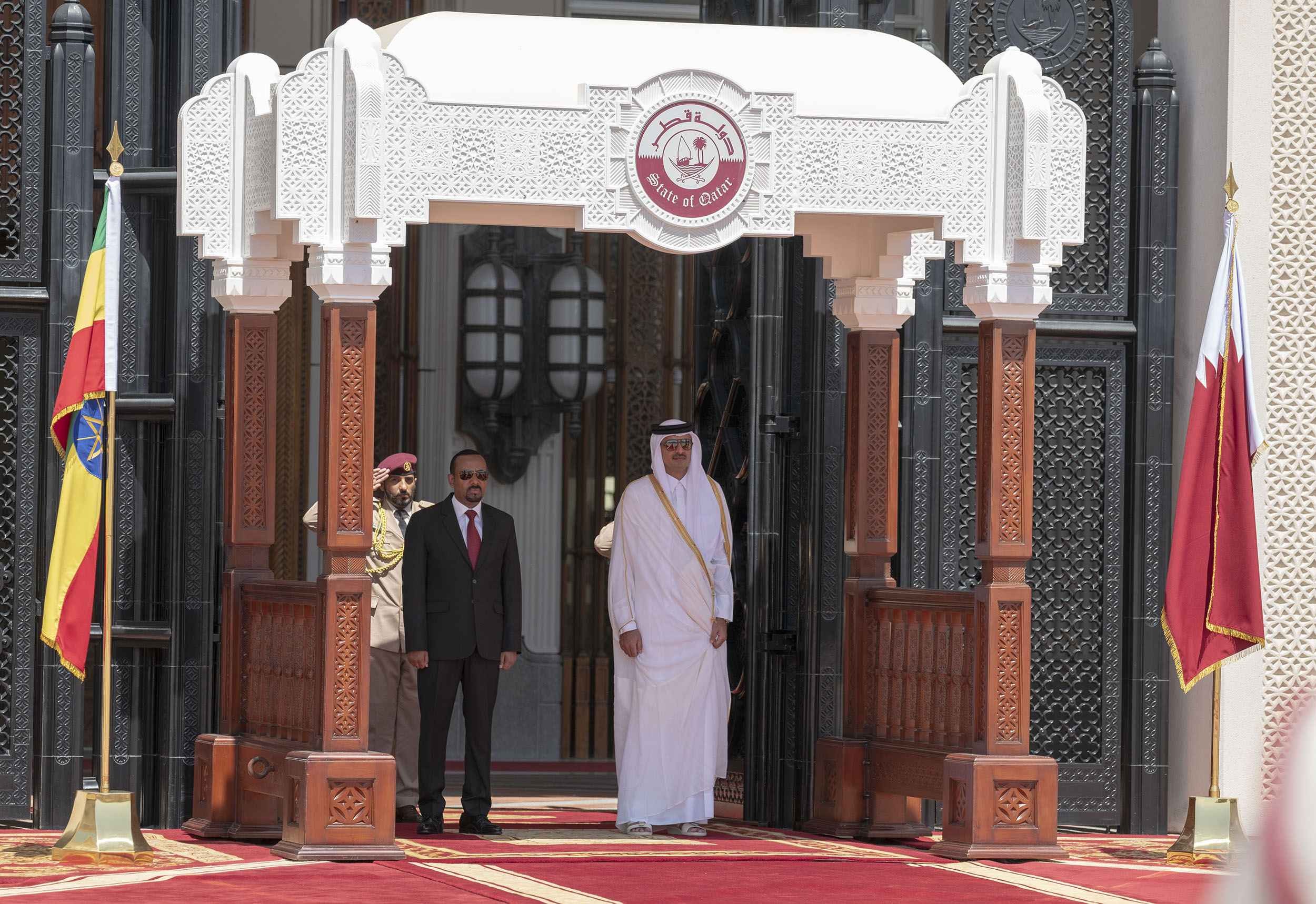 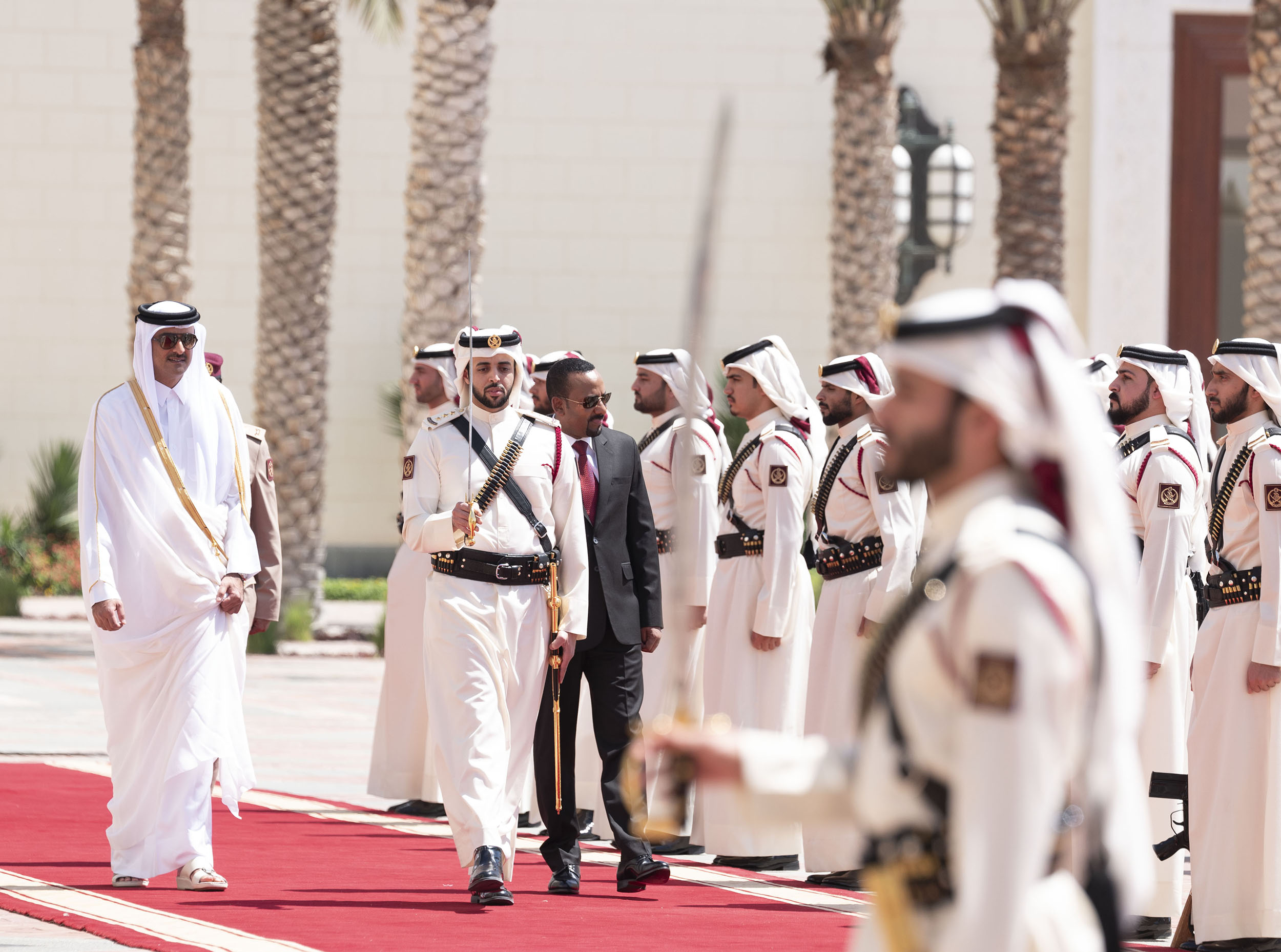 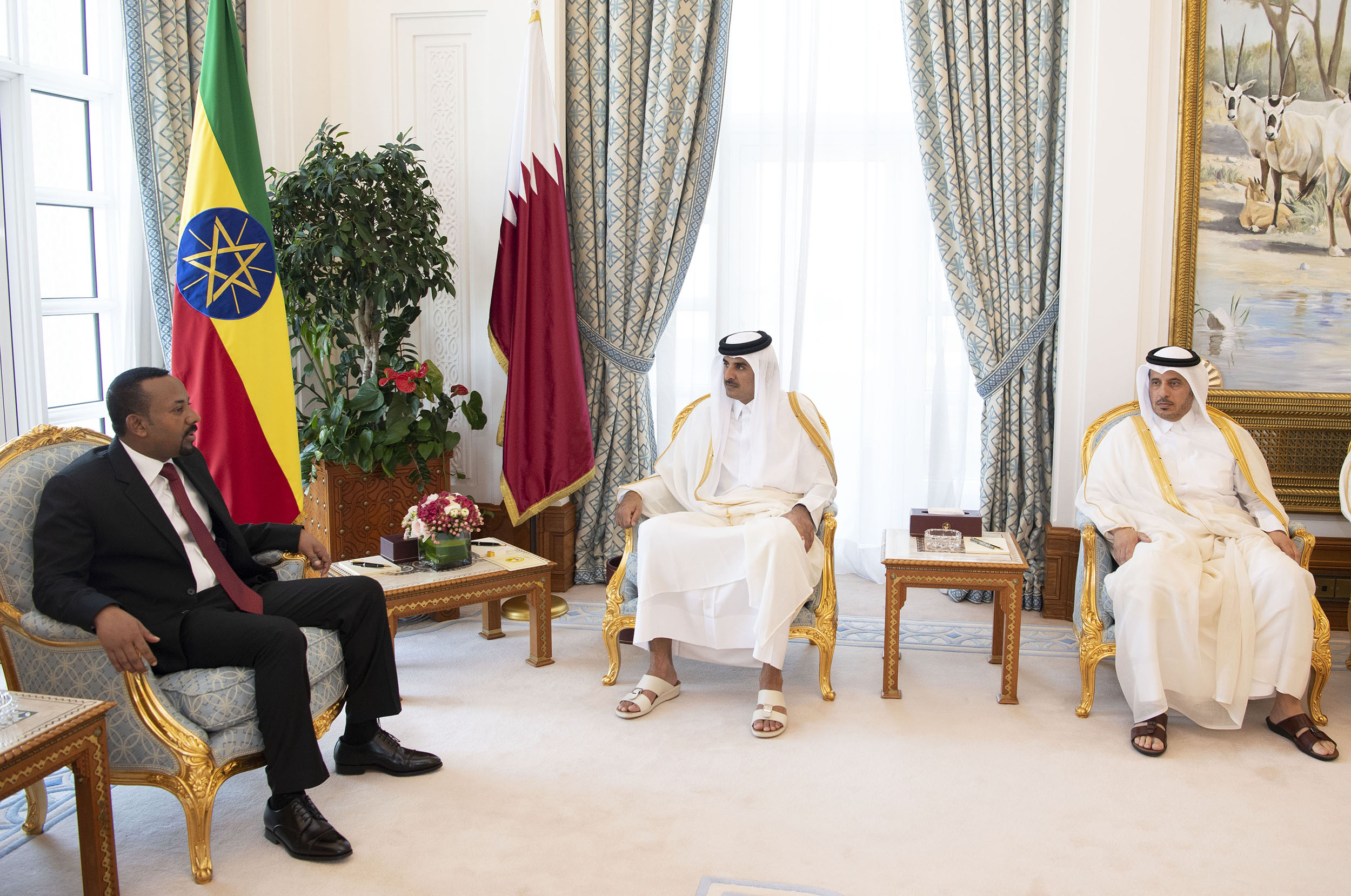 His Highness The Amir Sheikh Tamim bin Hamad Al Thani, and HE Prime Minister of the Federal Democratic Republic of Ethiopia Dr Abiy Ahmed Ali, held a session of official talks today at the Amiri Diwan.

During the session, both sides discussed the bilateral relations between the two countries and ways of enhancing and developing them in various fields, especially in the fields of economy, investment, tourism and infrastructure. They also exchanged views on regional and international developments.

The meeting was attended by HE Prime Minister and Minister of the Interior Sheikh Abdullah bin Nasser bin Khalifa Al Thani, and a number of Their Excellencies the ministers.

From the Ethiopian side, it was attended by a number of Their Excellencies ministers and members of the accompanying delegation.

HE the Ethiopian Prime Minister was accorded an official reception ceremony upon his arrival at the Amiri Diwan.