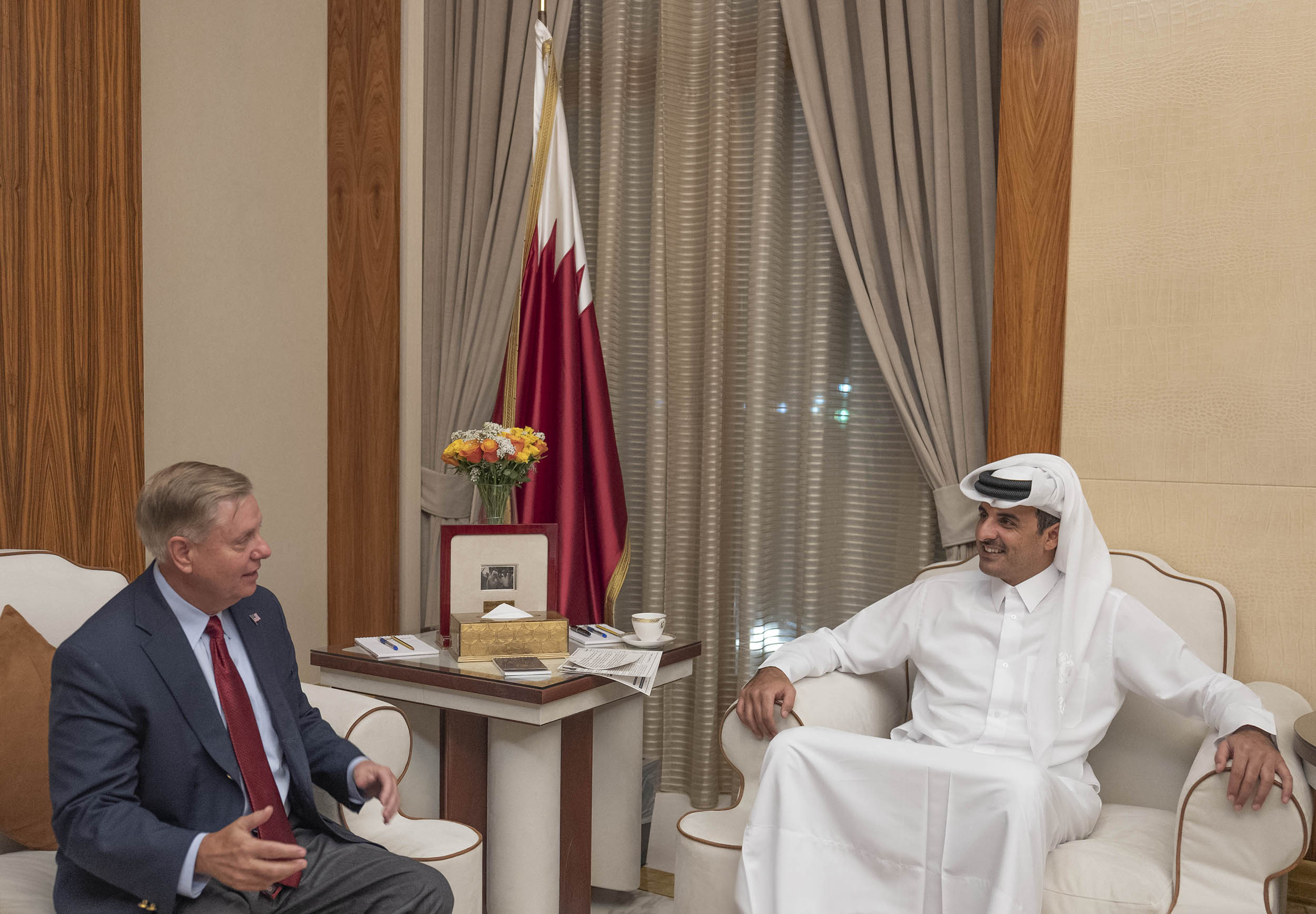 His Highness The Amir Sheikh Tamim bin Hamad Al Thani received, on Wednesday at Al Bahr Palace, HE Senator Lindsey Graham and HE Senator Chris Van Hollen, members of the Senate of the U.S. Congress and their accompanying delegation, to greet His Highness during their visit to the country.

The meeting reviewed the friendly bilateral ties and strategic cooperation between the State of Qatar and the U.S. in different fields. They expressed their thanks to HH The Amir for the role of Al Udeid airbase and the hosting of more U.S. forces.

There was also an exchange of views on the latest regional and international developments, particularly Palestine and Afghanistan. They praised the role of the State of Qatar in peace mediation efforts and hosting the Afghan-Afghan dialogue in Doha. They also praised the humanitarian aid Qatar provides to the people of Gaza in light of the difficult conditions they face under the siege.