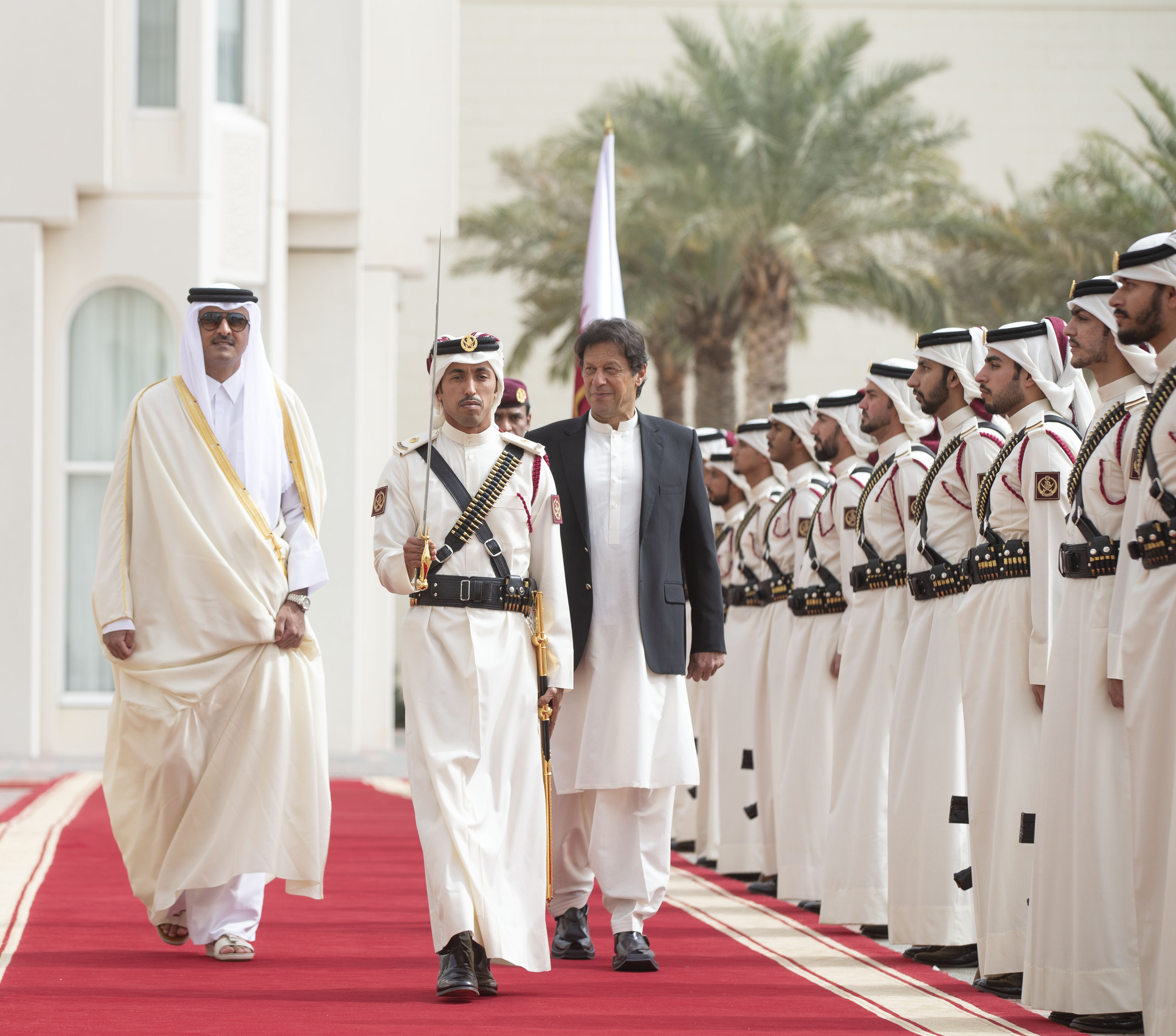 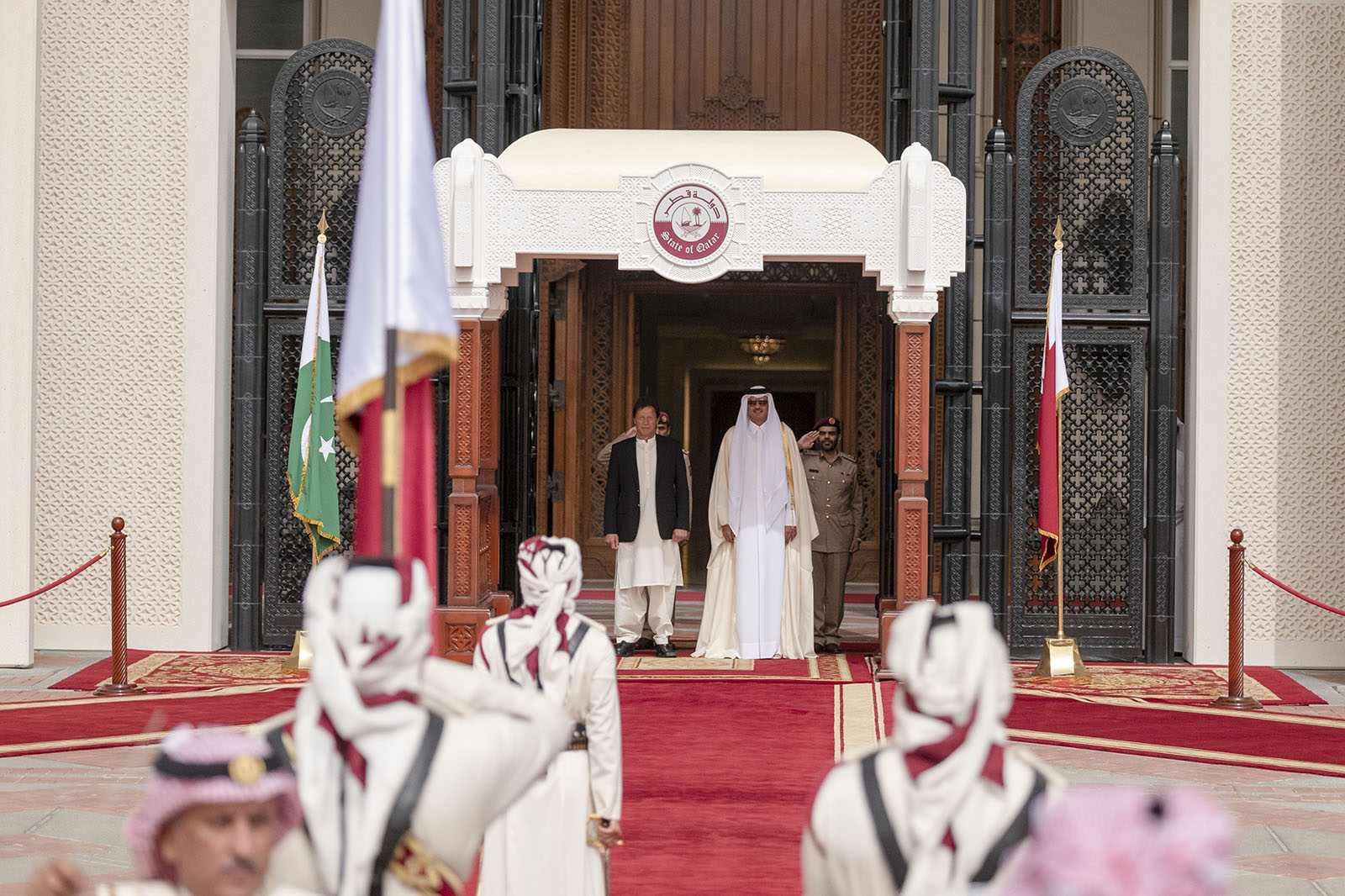 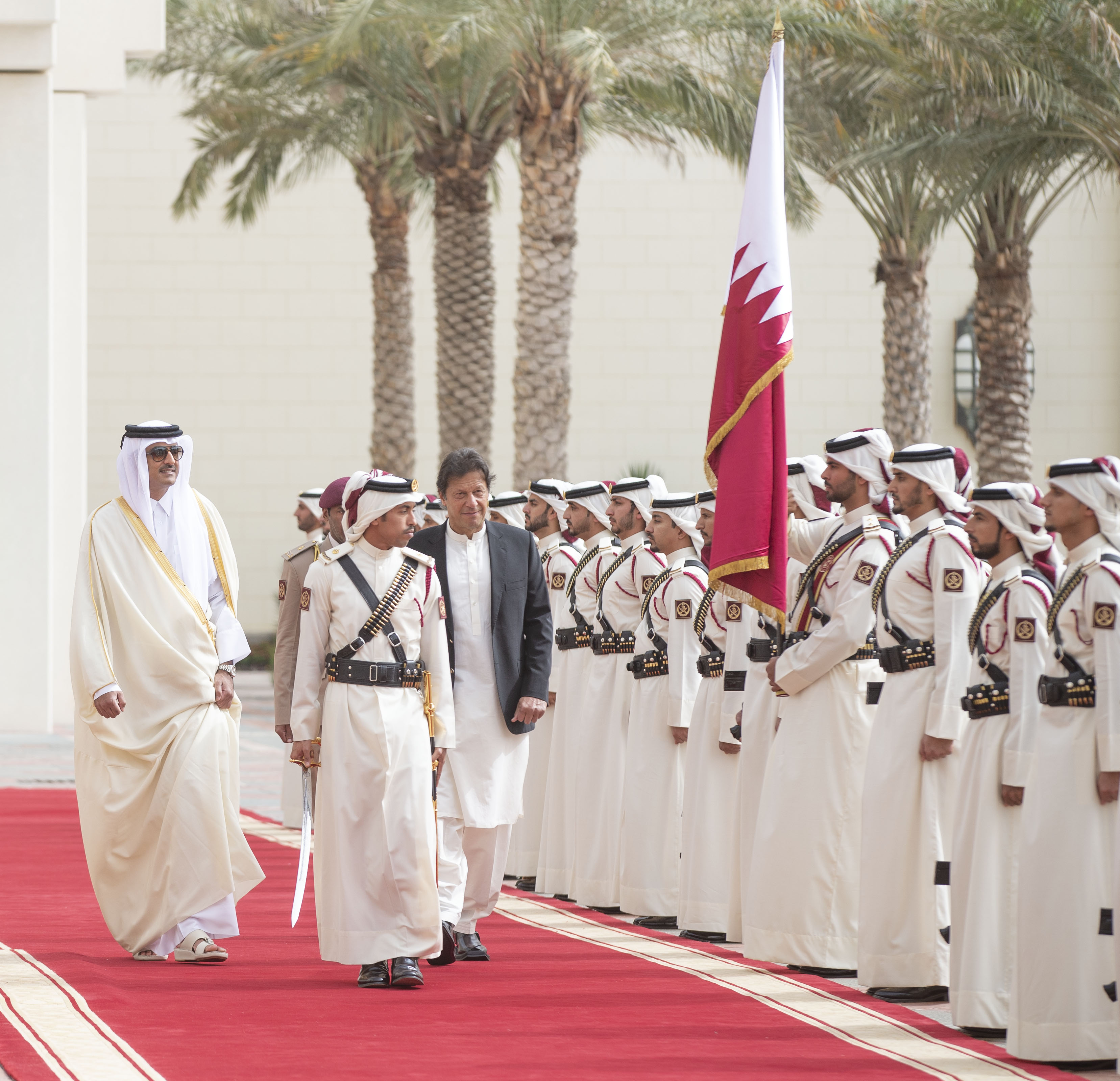 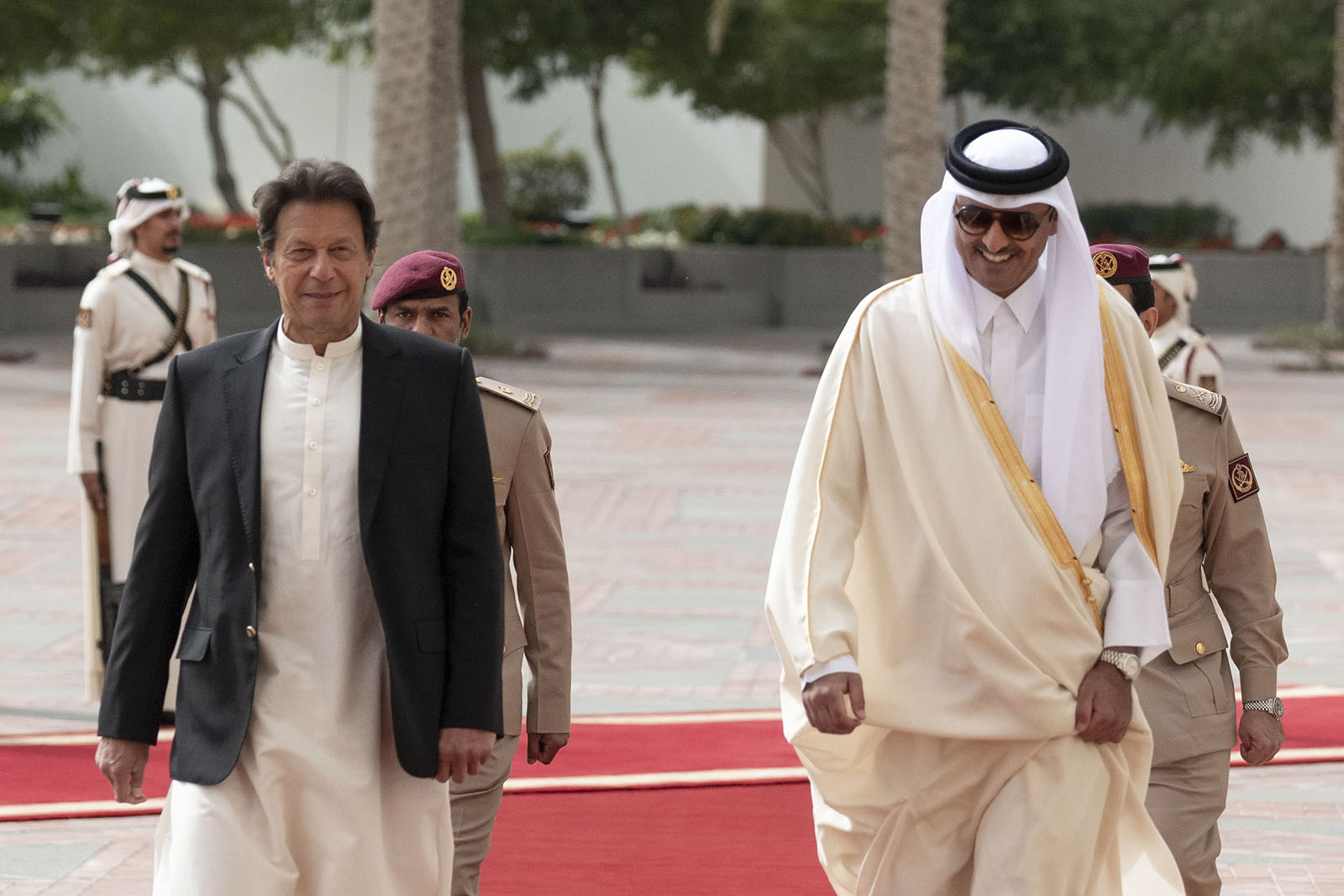 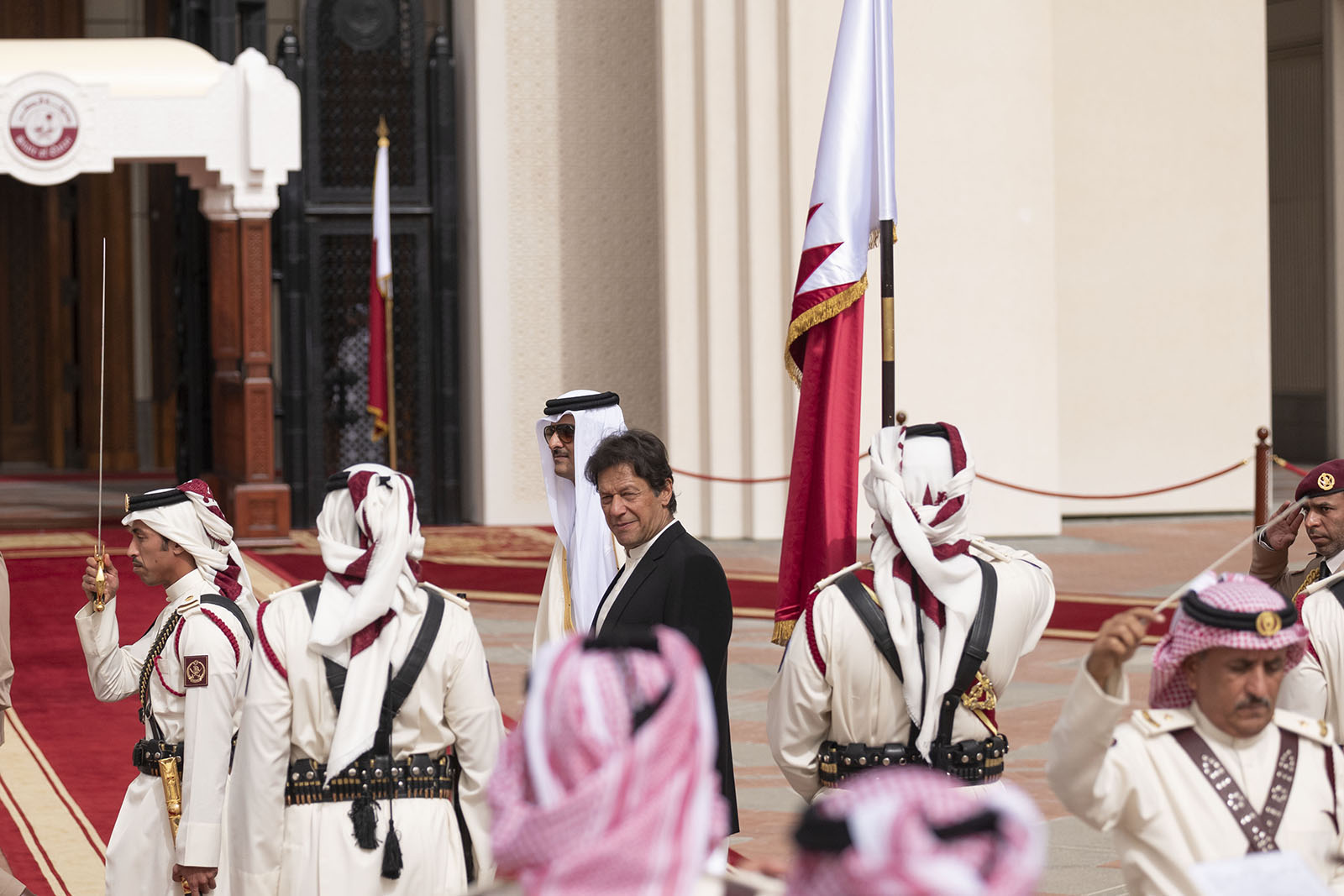 At the outset of the session of official talks held at the Amiri Diwan on Tuesday, HH The Amir welcomed HE the Pakistani Prime Minister, expressing his hope that the visit would contribute to enhancing cooperation between the two countries to serve the interests of the two brotherly peoples.

For his part, HE the Pakistani Prime Minister expressed his happiness at his first visit to the State of Qatar, thanking HH The Amir and the Qatari people for the warm reception and hospitality, while stressing his country's keenness to develop relations of cooperation with Qatar in various fields.

The talks were attended by HE the Prime Minister and Minister of Interior Sheikh Abdullah bin Nasser bin Khalifa Al Thani, and a number of ministers.

From the Pakistani side, the session of talks was attended by members of the official delegation accompanying HE the Prime Minister.

HE Imran Khan arrived at the Amiri Diwan earlier, where he was accorded an official reception ceremony.