HH The Amir meets Ministers of Interior of Jordan, Turkey, and Number of Military Leaders 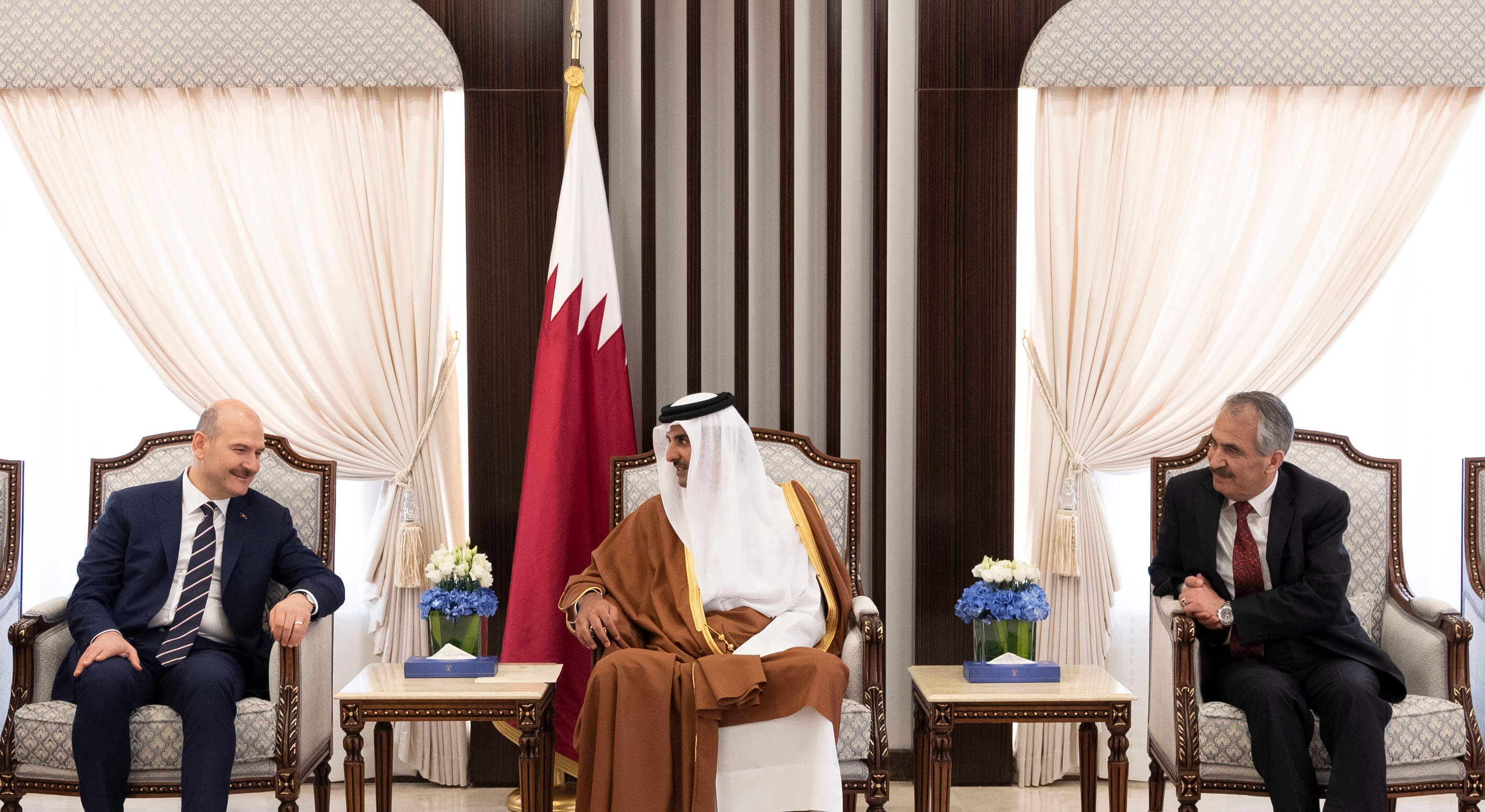 His Highness The Amir Sheikh Tamim bin Hamad Al Thani met on Thursday morning at the Police College headquarters in Al Sailiya, with HE Minister of Interior of the Hashemite Kingdom of Jordan Sameer Ibrahim Al Mubaidain, HE Minister of Interior of the Republic of Turkey Suleyman Soylu and a number of Their Excellencies leaders of security and military colleges in some brotherly and friendly countries who called on HH The Amir to greet him on the occasion of their visit to the country to attend the graduation ceremony of the first batch of graduates of the Ministry of Interior's Police College.