HH The Amir Receives US Secretary of State 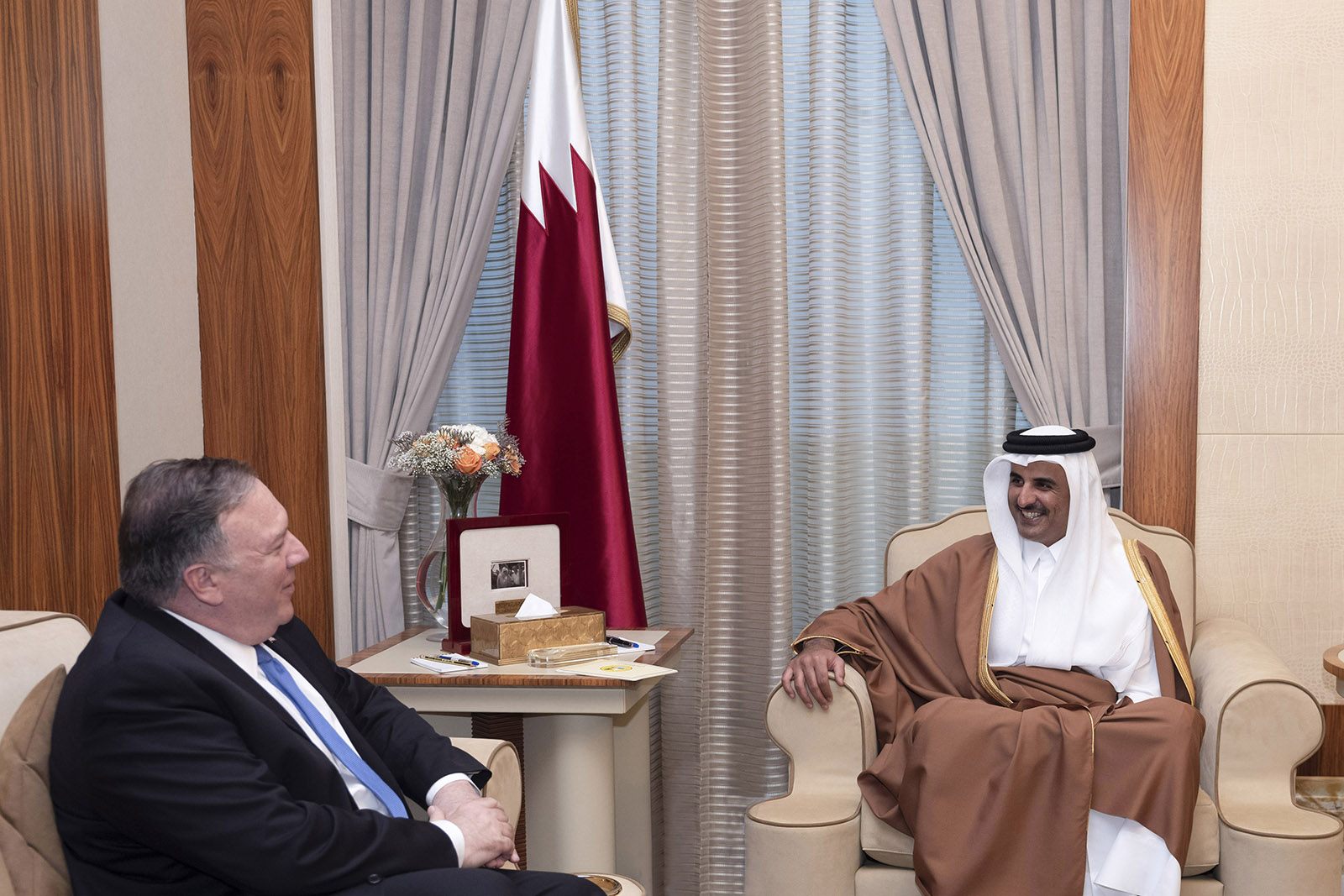 His Highness The Amir Sheikh Tamim bin Hamad Al Thani received HE Secretary of State of the United States of America Mike Pompeo and his accompanying delegation at His Highness’s office at Al-Bahr Palace on Sunday evening, on the occasion of his visit to the country to take part in the second Qatar-US Strategic Dialogue.

During the meeting, they reviewed the friendship relations and strategic cooperation between the State of Qatar and the United States in various fields, especially those related to the results of the second Strategic Dialogue between the two countries, and means of enhancing partnership in defense, security, economy, trade and investment, as well as the joint efforts in the field of combatting terrorism and extremism. In this context, HE the US Secretary of State extended thanks to HH The Amir for the efforts of the State of Qatar in this regard through the effective role carried out by Al Udeid Air Base.

The latest regional and international developments, in particular the Gulf crisis and the situation in Palestinian, Syria and Afghanistan, were also discussed during the meeting.