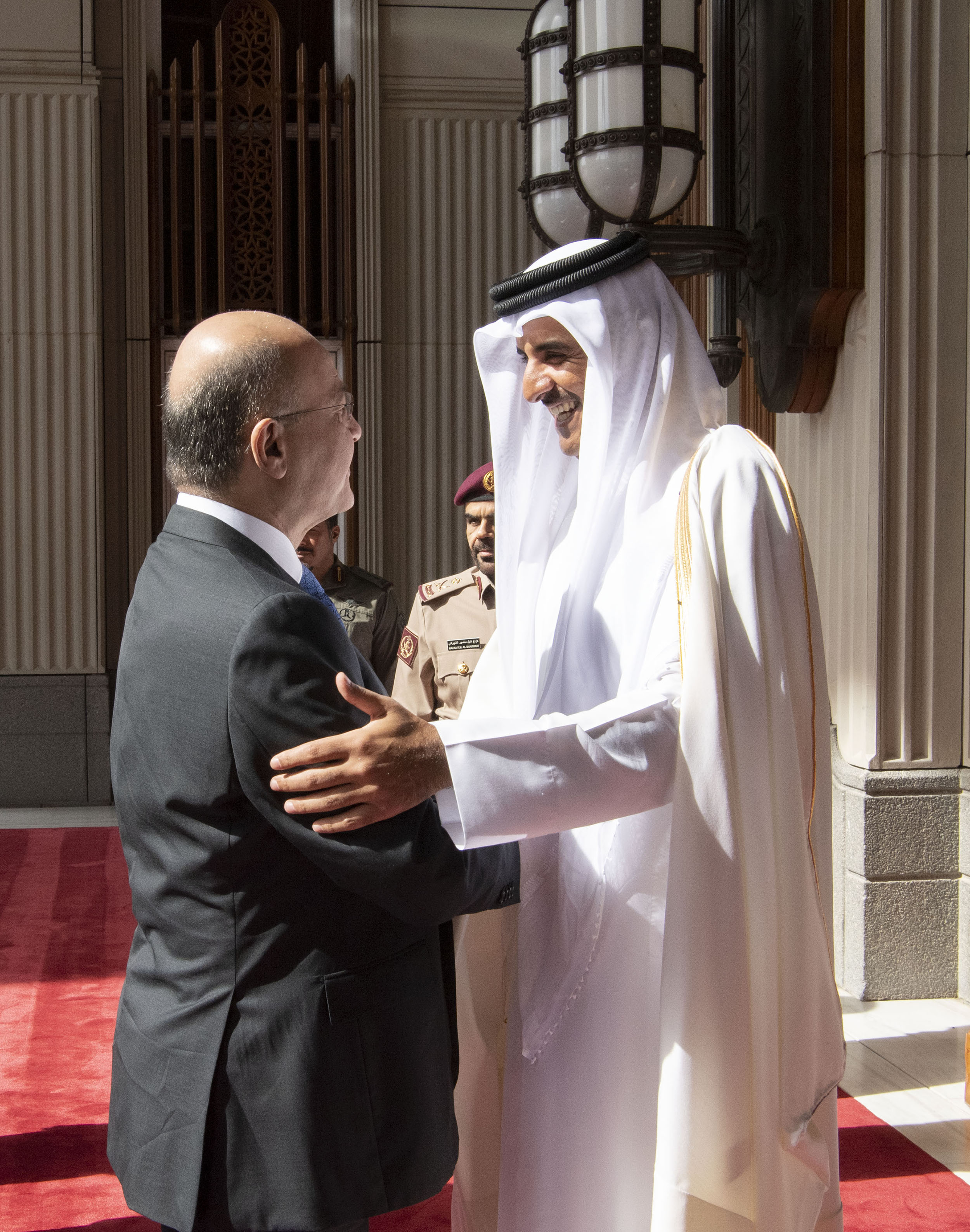 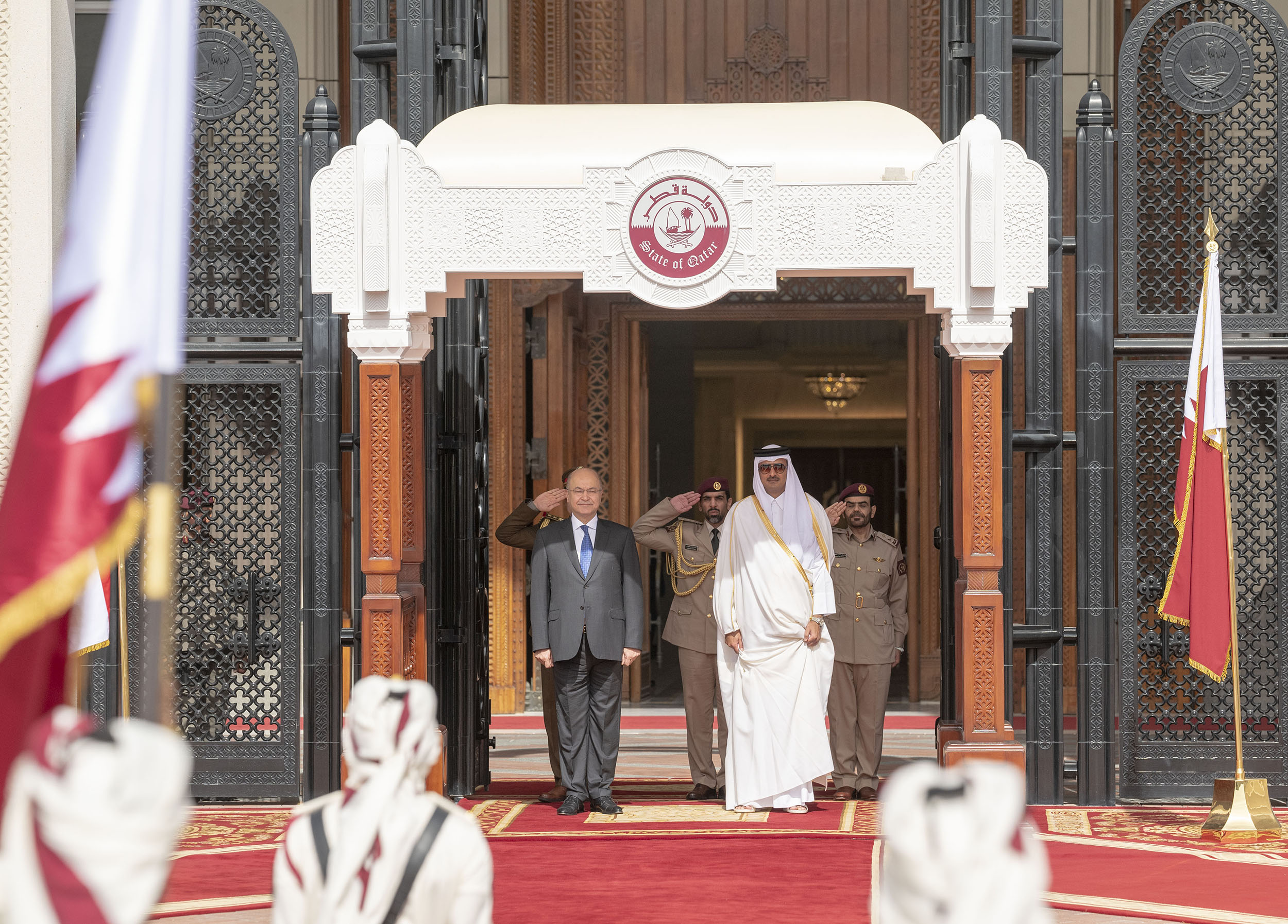 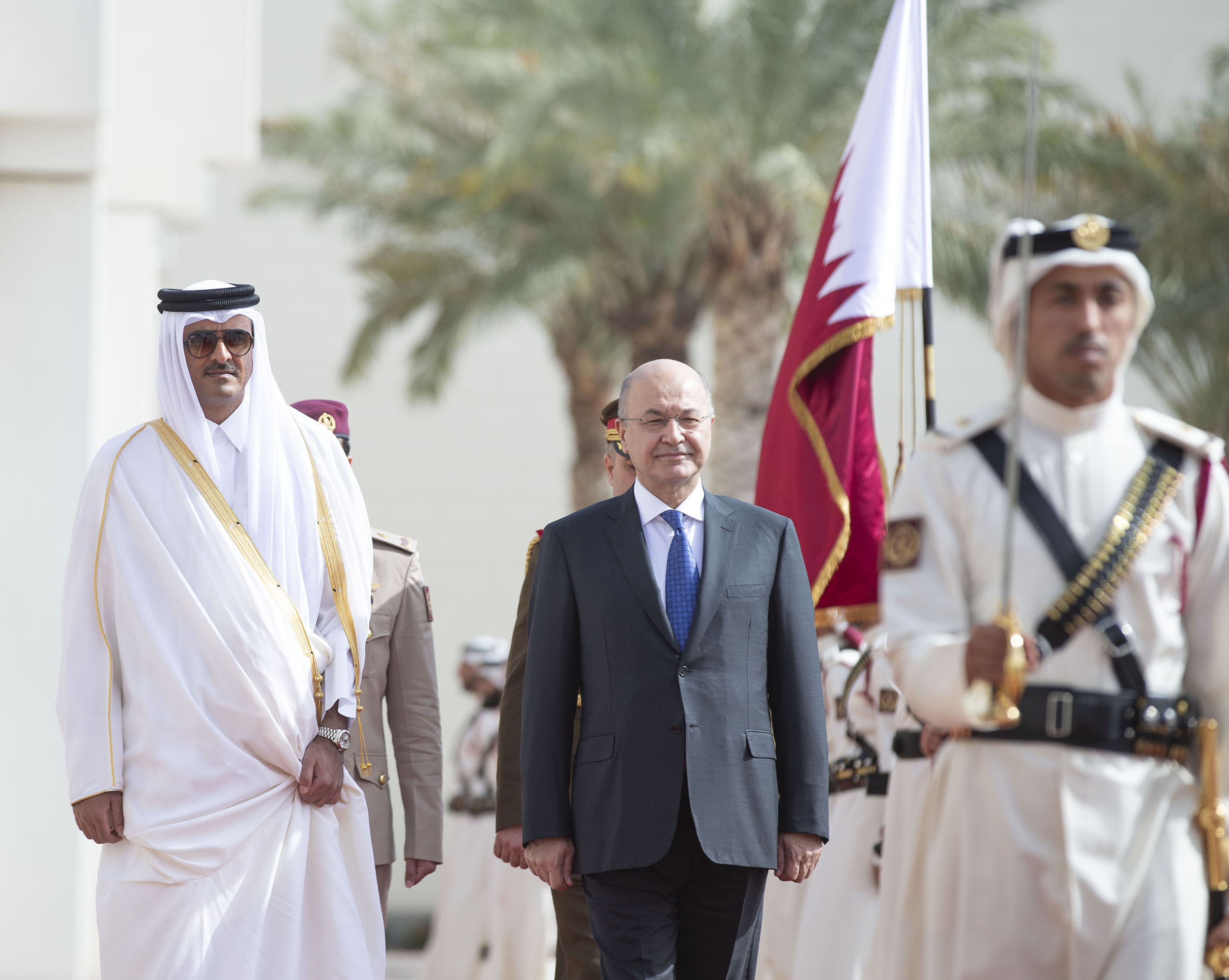 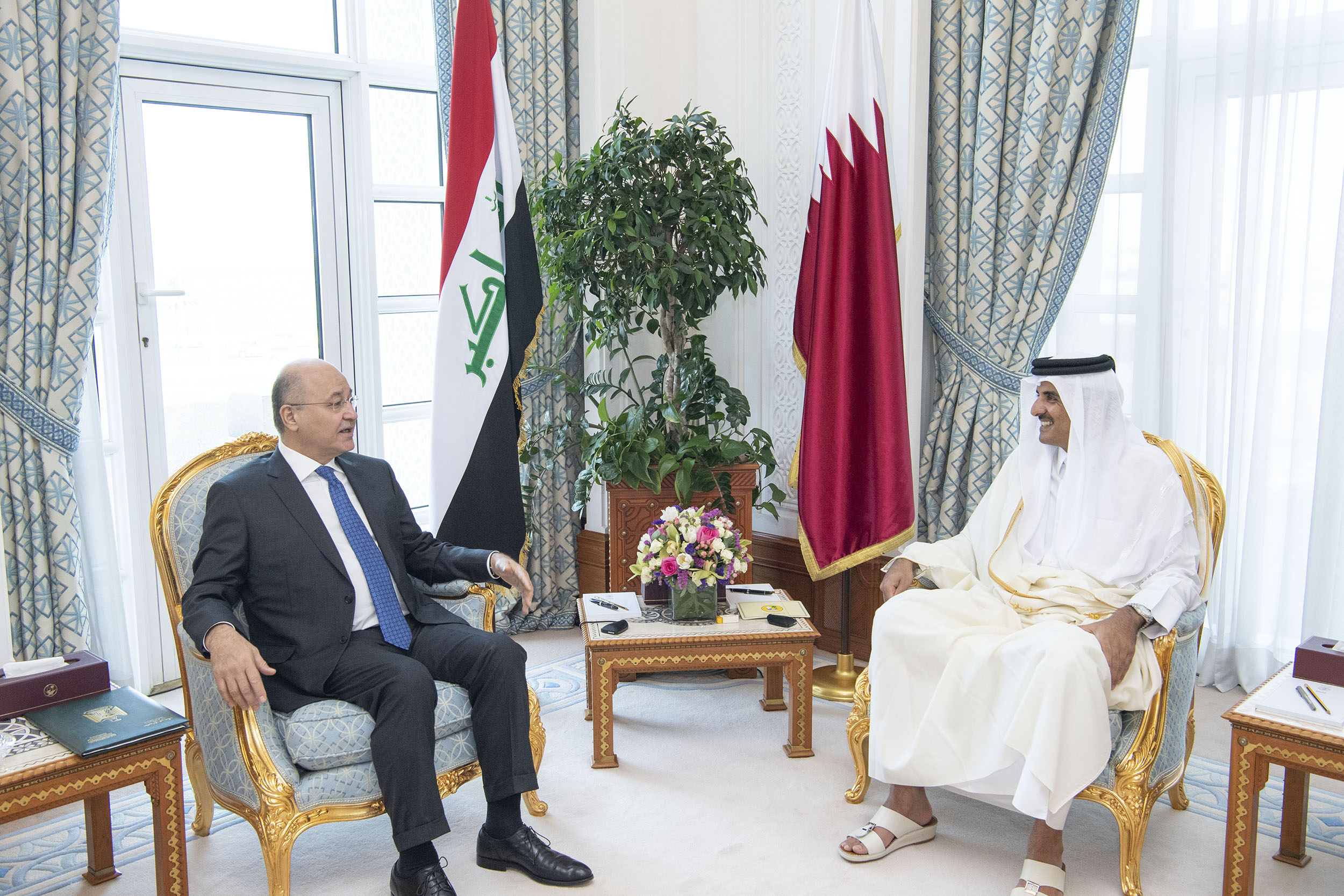 His Highness The Amir Sheikh Tamim bin Hamad Al Thani and HE President of the Republic of Iraq Dr. Barham Salih held an official talks session at the Amiri Diwan on Thursday.

At the outset of the session, HH The Amir welcomed HE the Iraqi President and his accompanying delegation, praising the fraternal relations between the two countries and stressing that HE the President's visit would contribute to cementing these relations.

For his part, HE President lauded the rooted relations between the two countries, and voiced his aspiration to develop them to wider prospects.

During the talks session, the two sides discussed bilateral relations and means of boosting them in various fields to achieve common interests especially in the areas of economy, trade, investment, infrastructure, tourism and reconstruction of Iraq.

The two leaders also exchanged views on a number of regional and international issues of common concern.

At the end of the session, HE the Iraqi President extended an invitation to HH The Amir to visit Iraq. His Highness welcomed the invitation.

A lineup of Their Excellencies the Ministers attended the session.

On the Iraqi side, the session was attended by Their Excellencies members of the accompanying official delegation.

Upon his arrival at the Amiri Diwan HE President of the Republic of Iraq Dr. Barham Salih was accorded an official reception ceremony.