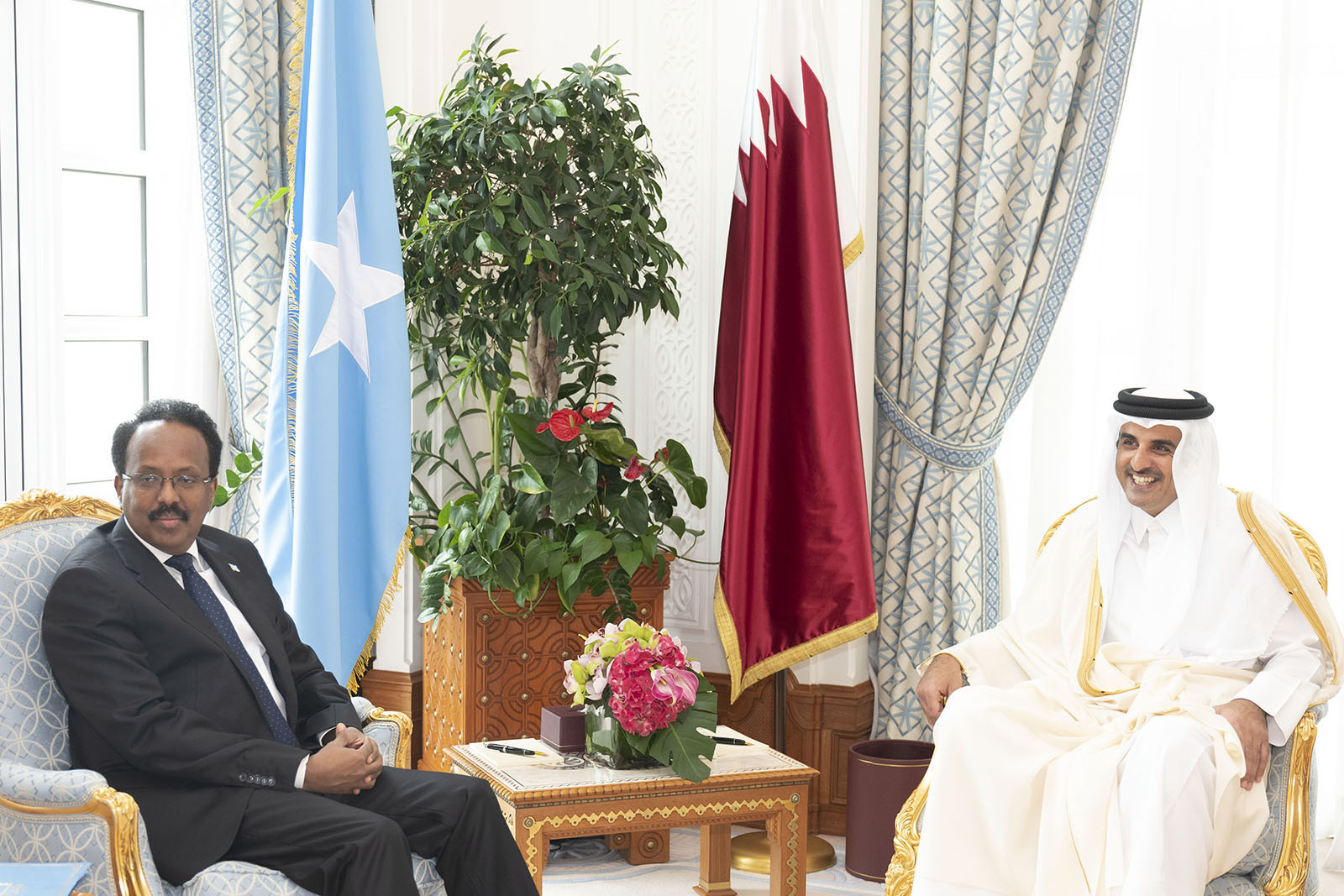 His Highness The Amir Sheikh Tamim bin Hamad Al Thani discussed with HE President of the Federal Republic of Somalia Mohamed Abdullahi Farmajo the strong bilateral relations between both countries and ways to boost and develop them in various fields.

During the talks session held today at the Amiri Diwan, the developments in Somalia were reviewed and HH The Amir directed to support the Somali government budget for 2019 with QR 73 million.

The discussions covered a number of regional and international issues of common interest.

The discussions were attended by a number of Their Excellencies the ministers.

From the Somali side, the discussions were attended by Their Excellencies members of the official delegation accompanying HE the President.