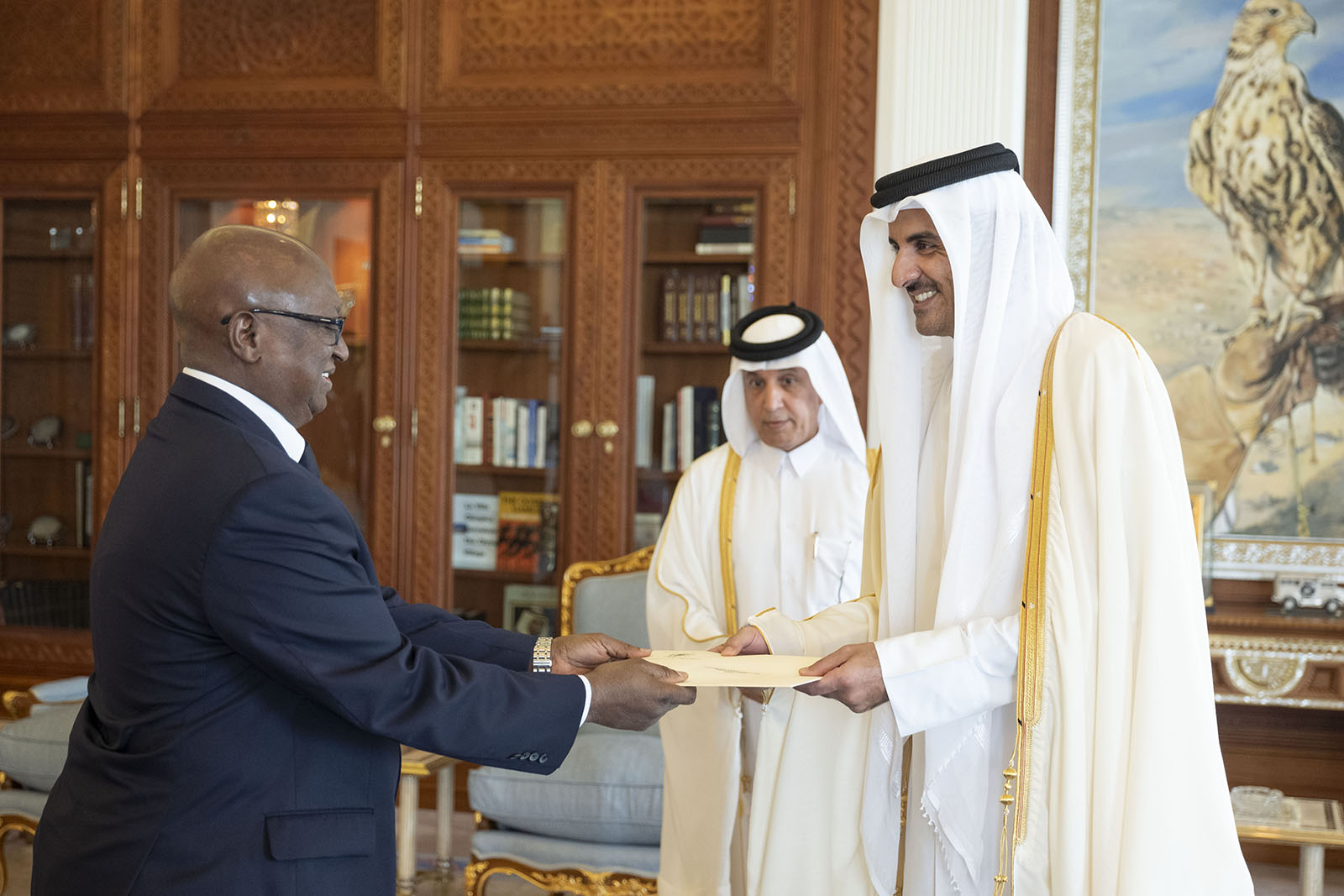 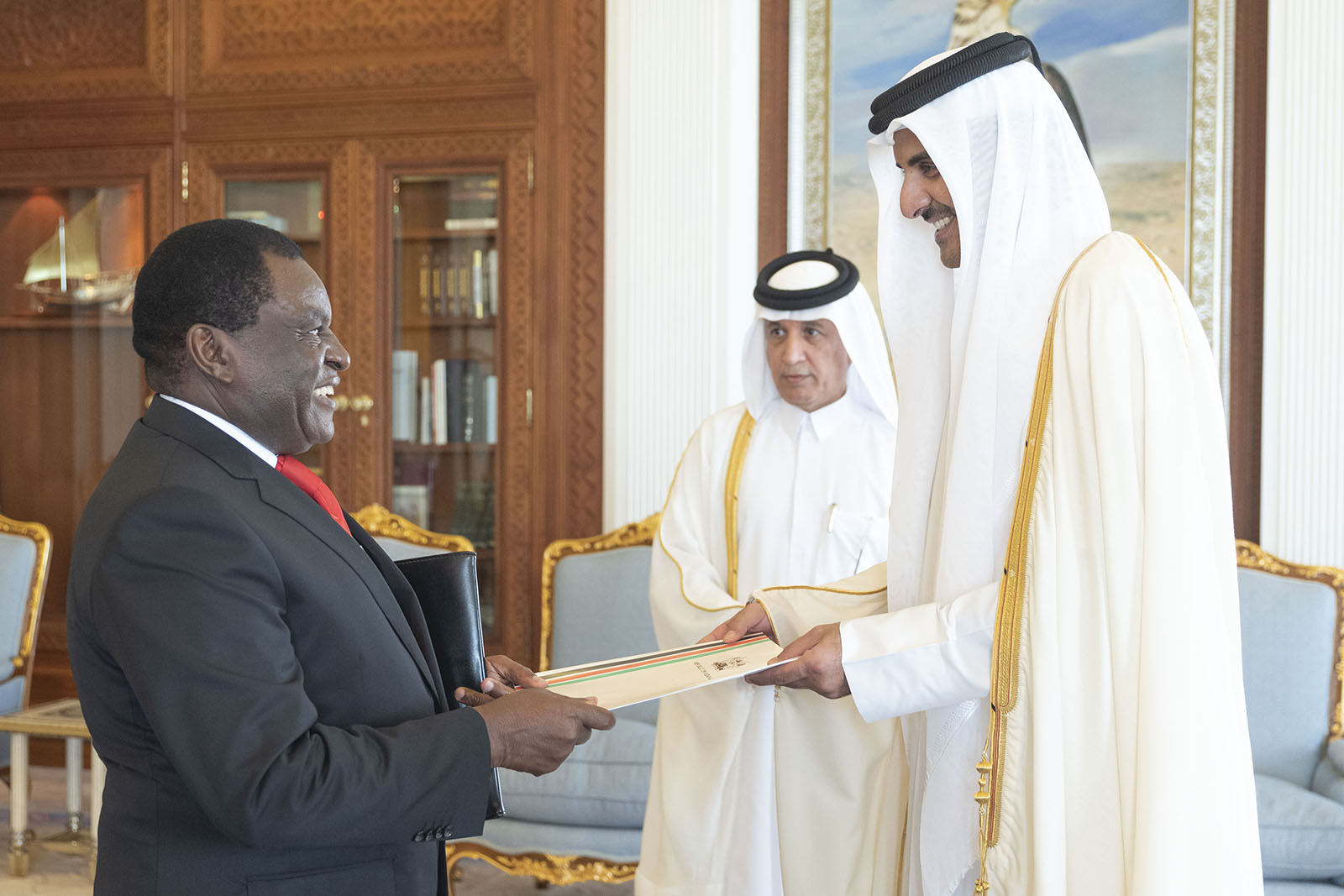 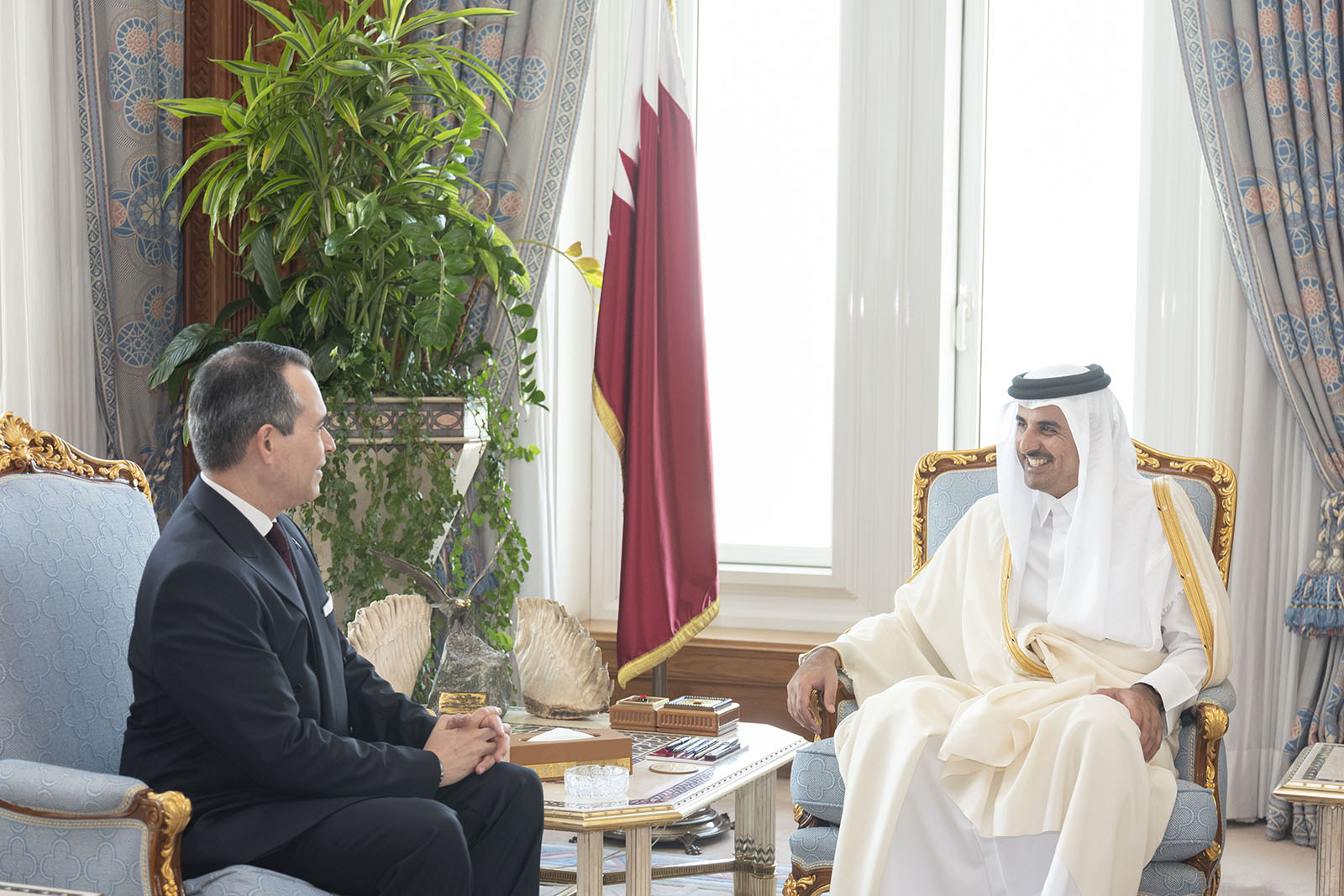 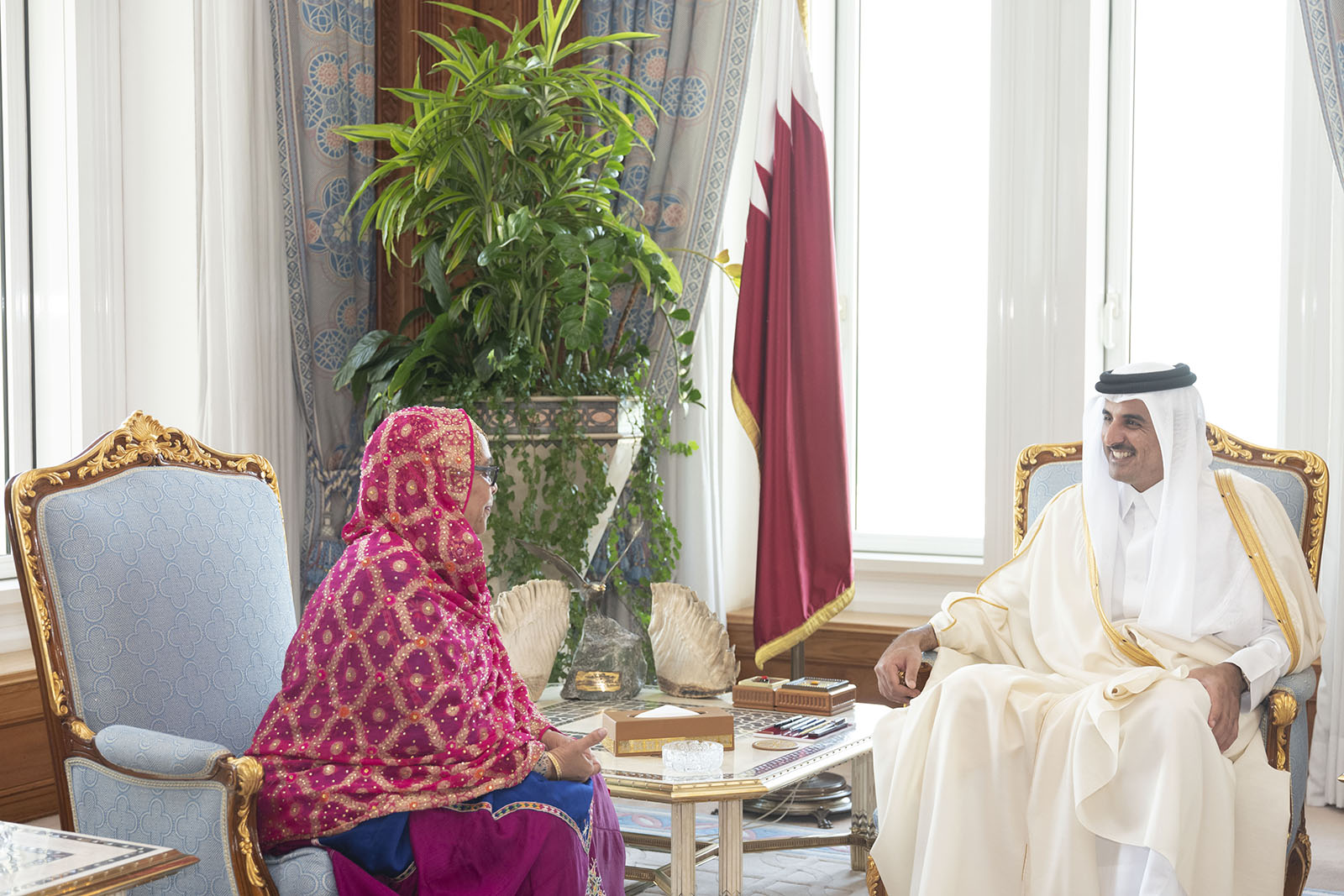 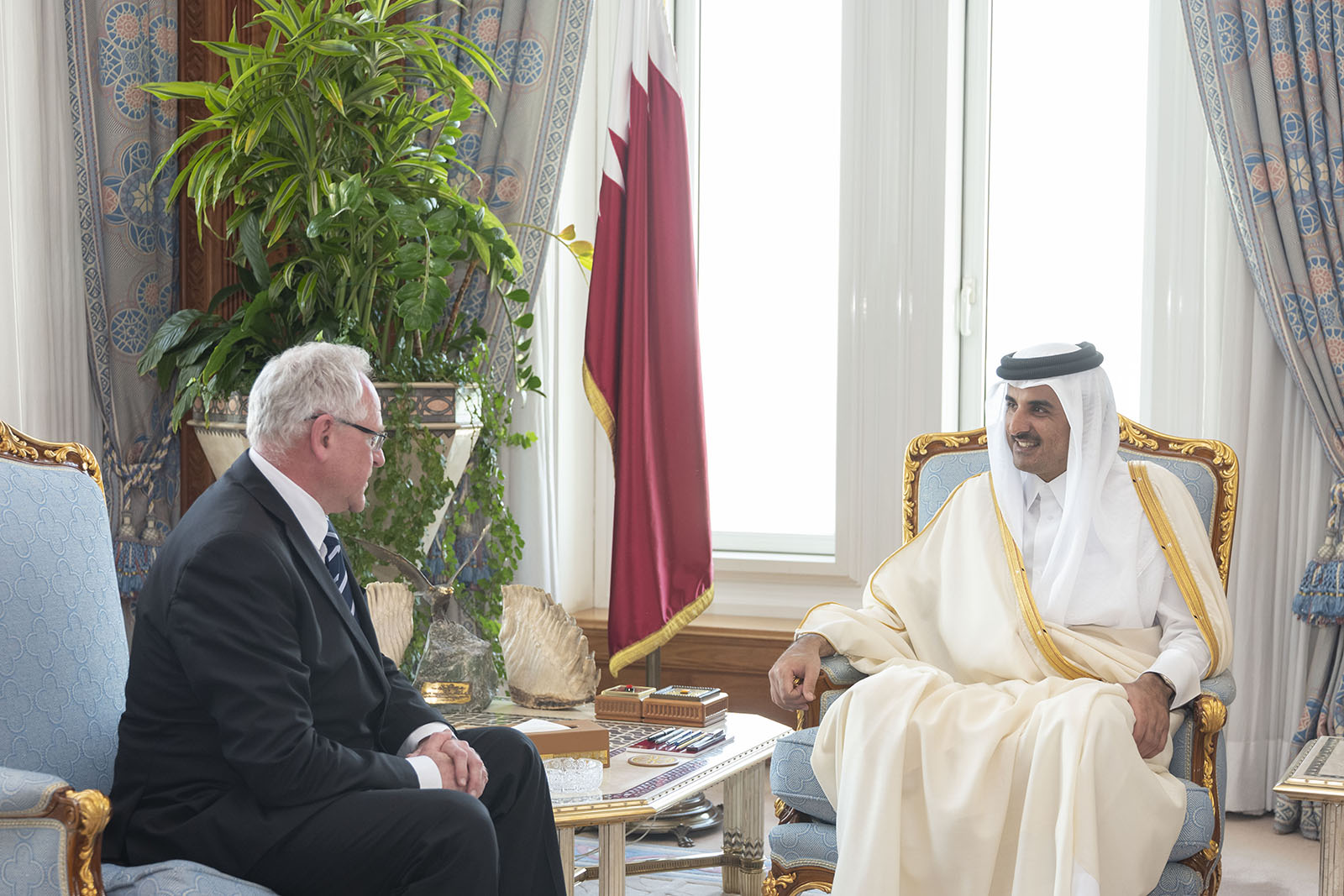 His Highness The Amir Sheikh Tamim bin Hamad Al Thani received at the Amiri Diwan Office on Monday the credentials of five new ambassadors to the State of Qatar.

Their Excellencies the Ambassadors were earlier accorded official reception ceremonies at the Amiri Diwan.