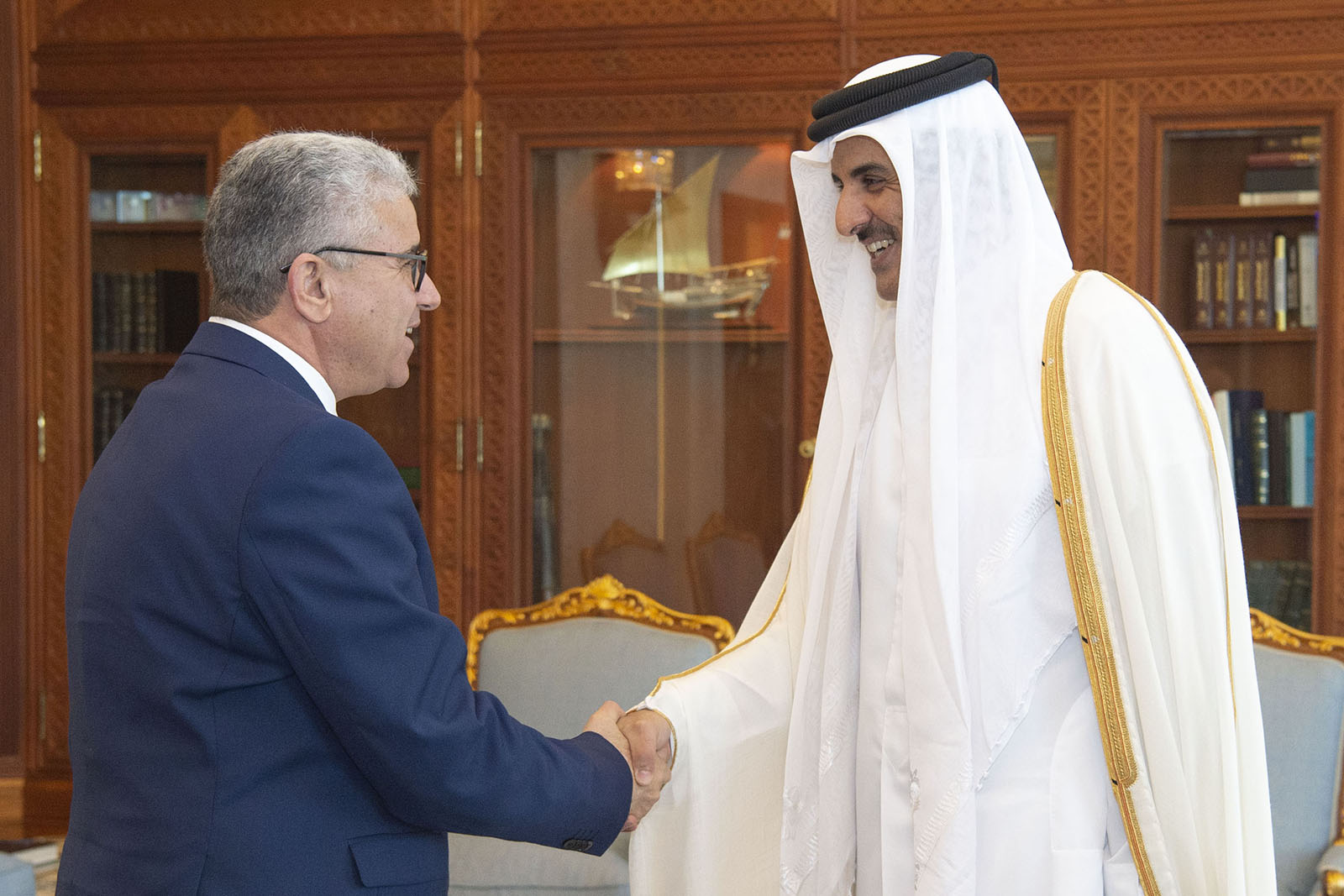 His Highness The Amir Sheikh Tamim bin Hamad Al Thani received at his Amiri Diwan office on Wednesday morning HE Minister of Interior of the state of Libya and his accompanying delegation, on the occasion of their visit to the country.

During the meeting, the Libyan Minister briefed HH The Amir on the latest developments in Libya, expressing his gratitude and appreciation to HH The Amir for the support of the State of Qatar to the Libyan people.

In turn, HH The Amir affirmed Qatar's firm stance and support for the aspirations of the brothers in Libya in order to preserve unity, security and stability of Libya.