HH The Amir Receives Minister of Internal Affairs of Russia 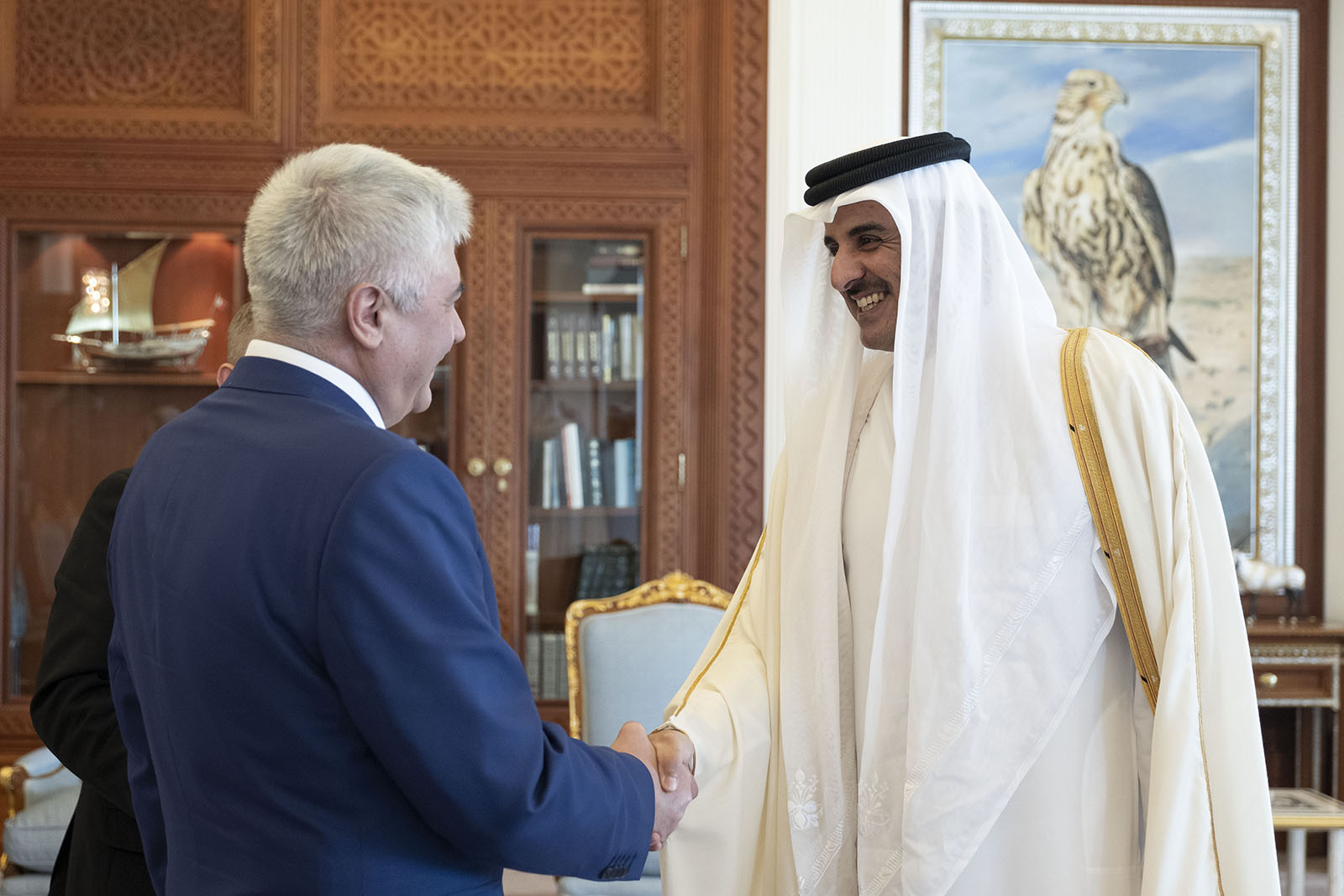 His Highness The Amir Sheikh Tamim bin Hamad Al Thani received, on Tuesday at the Amiri Diwan Office, HE Minister of Internal Affairs of the Friendly Russian Federation Vladimir Kolokoltsev and his accompanying delegation.

At the outset of the meeting, HE the Minister conveyed the greetings and wishes of further health and happiness of HE President of the Russian Federation Vladimir Putin to HH The Amir, and to the people of Qatar further progress and prosperity.

HH The Amir entrusted HE the Minister to convey his greetings and wishes of good health and happiness to HE the Russian President, and to the Russian people further progress and prosperity.

During the meeting, the Russian Internal Affairs Minister expressed his congratulations to HH The Amir and to the Qatari people on the occasion of the country's National Day.

They also reviewed the strategic relations between the two countries and ways of strengthening them.