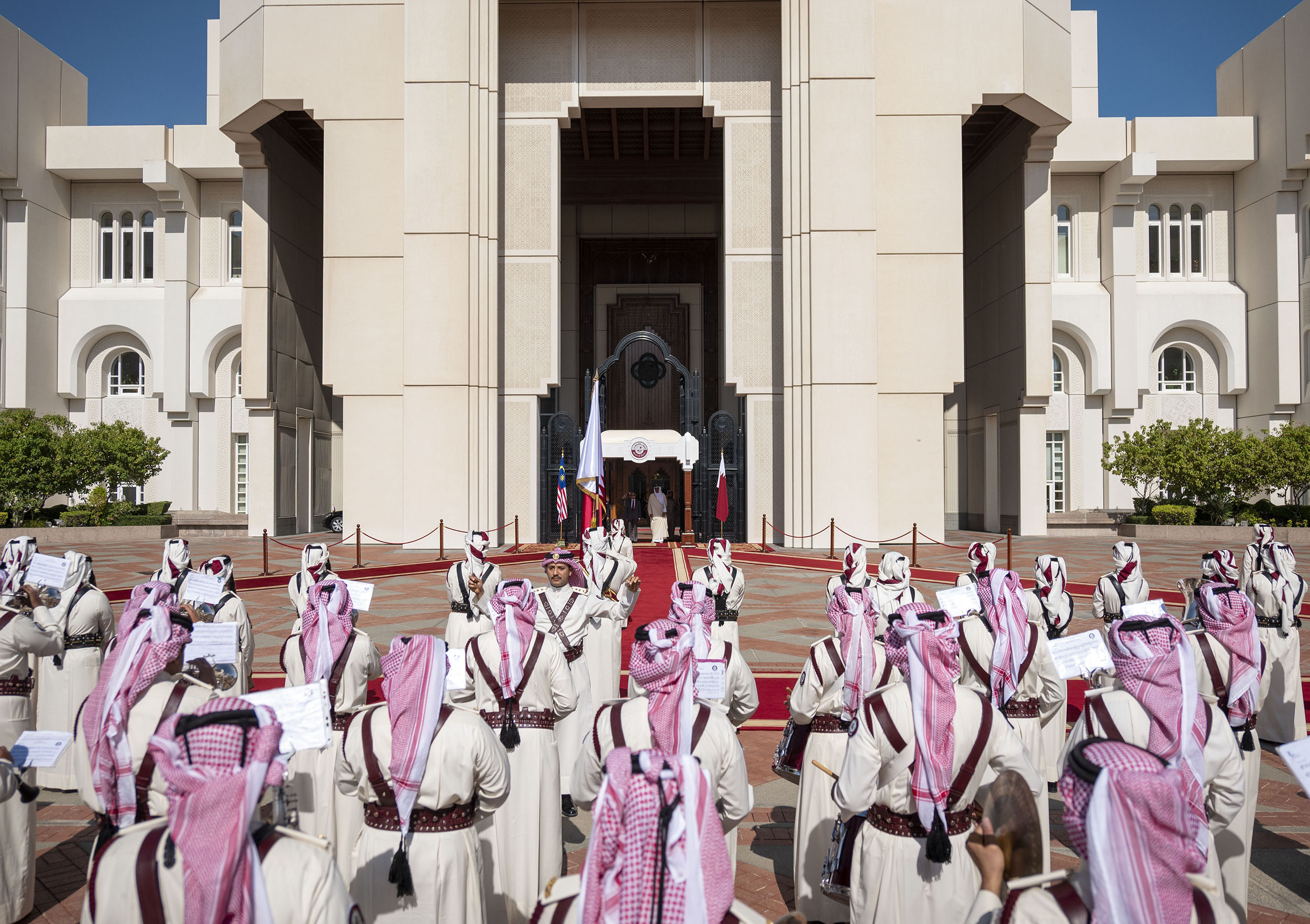 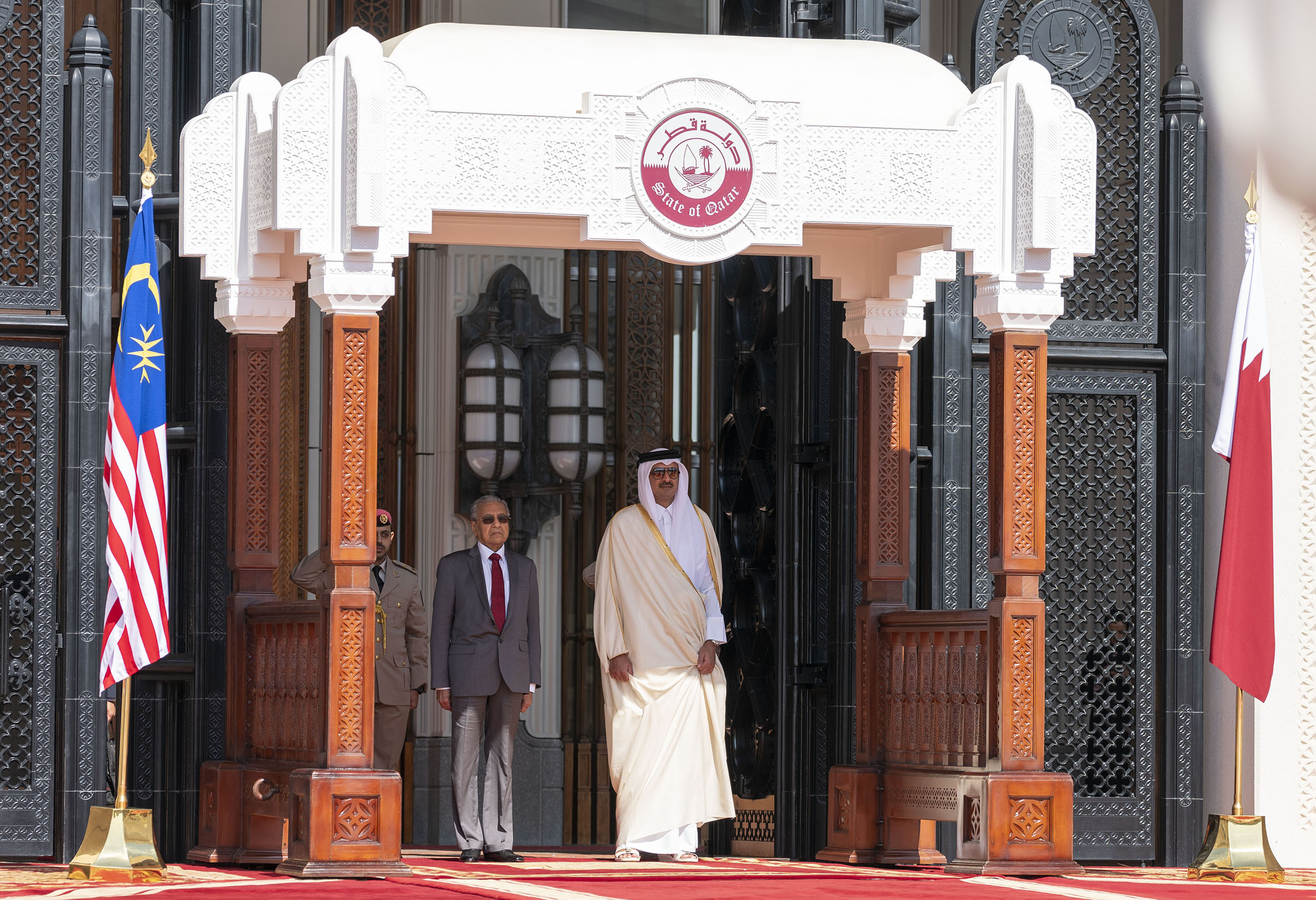 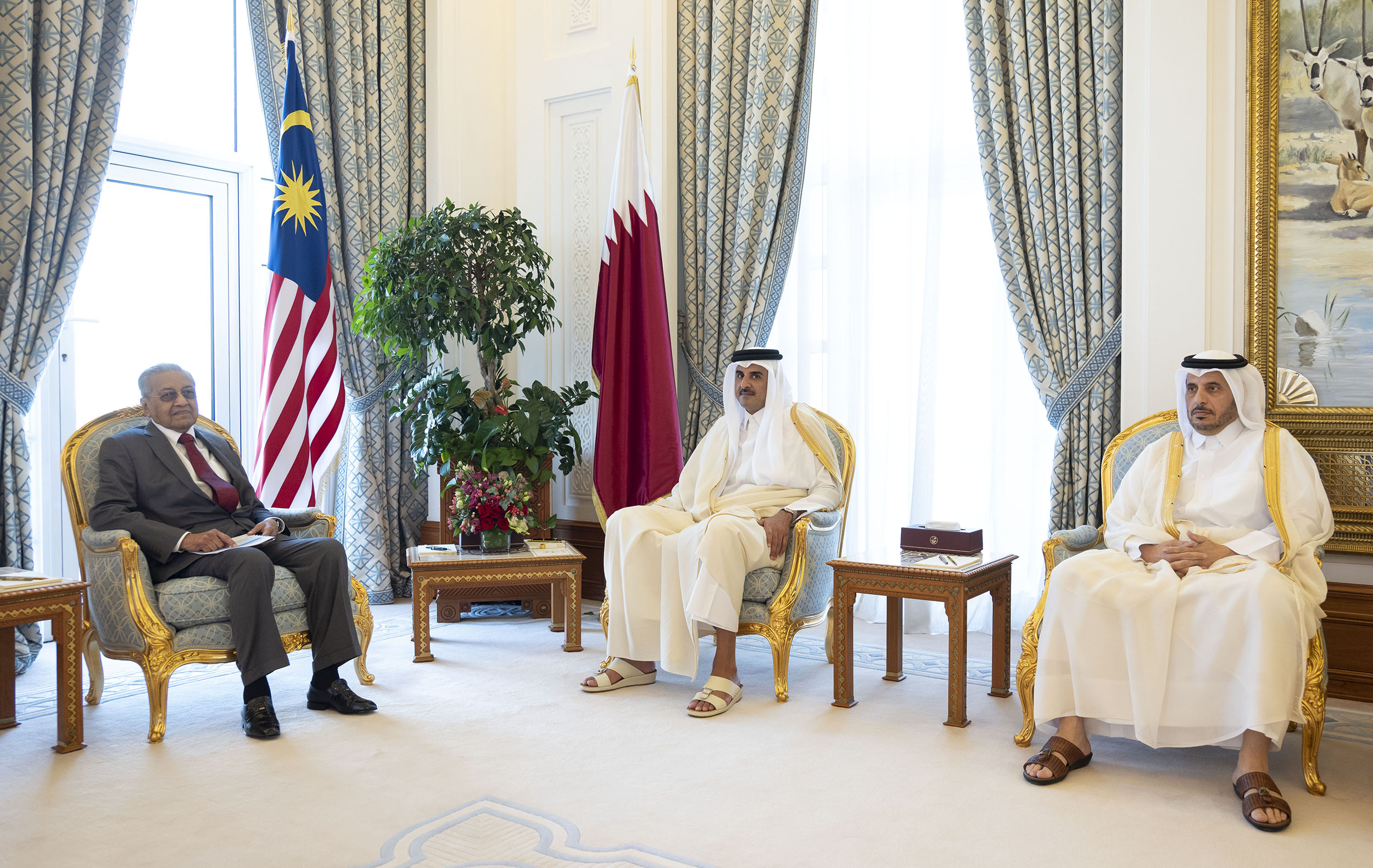 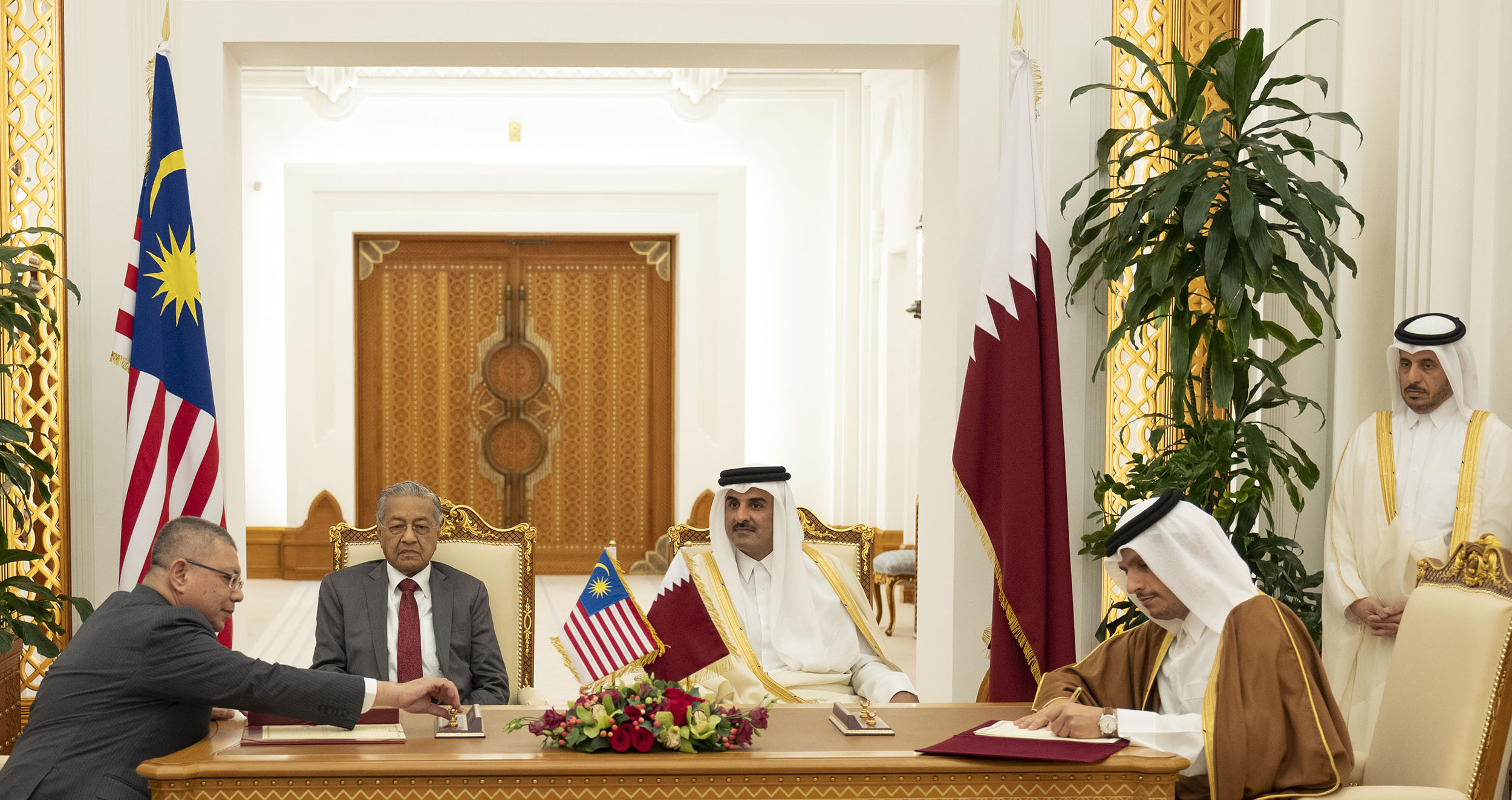 During the session, both sides discussed the close bilateral relations between the two countries and ways of developing and bolstering them in different fields, especially in economy, trade, investments, tourism and education.

The session also discussed a host of regional and international issues.

Following the talks session, HH The Amir and HE the Malaysian Prime Minister witnessed the signing of a memorandum of understanding between the governments of the two countries on the establishment of a high-level joint committee between Qatar and Malaysia.

HE Prime Minister of Malaysia arrived earlier at the Amiri Diwan where he was accorded an official reception ceremony.