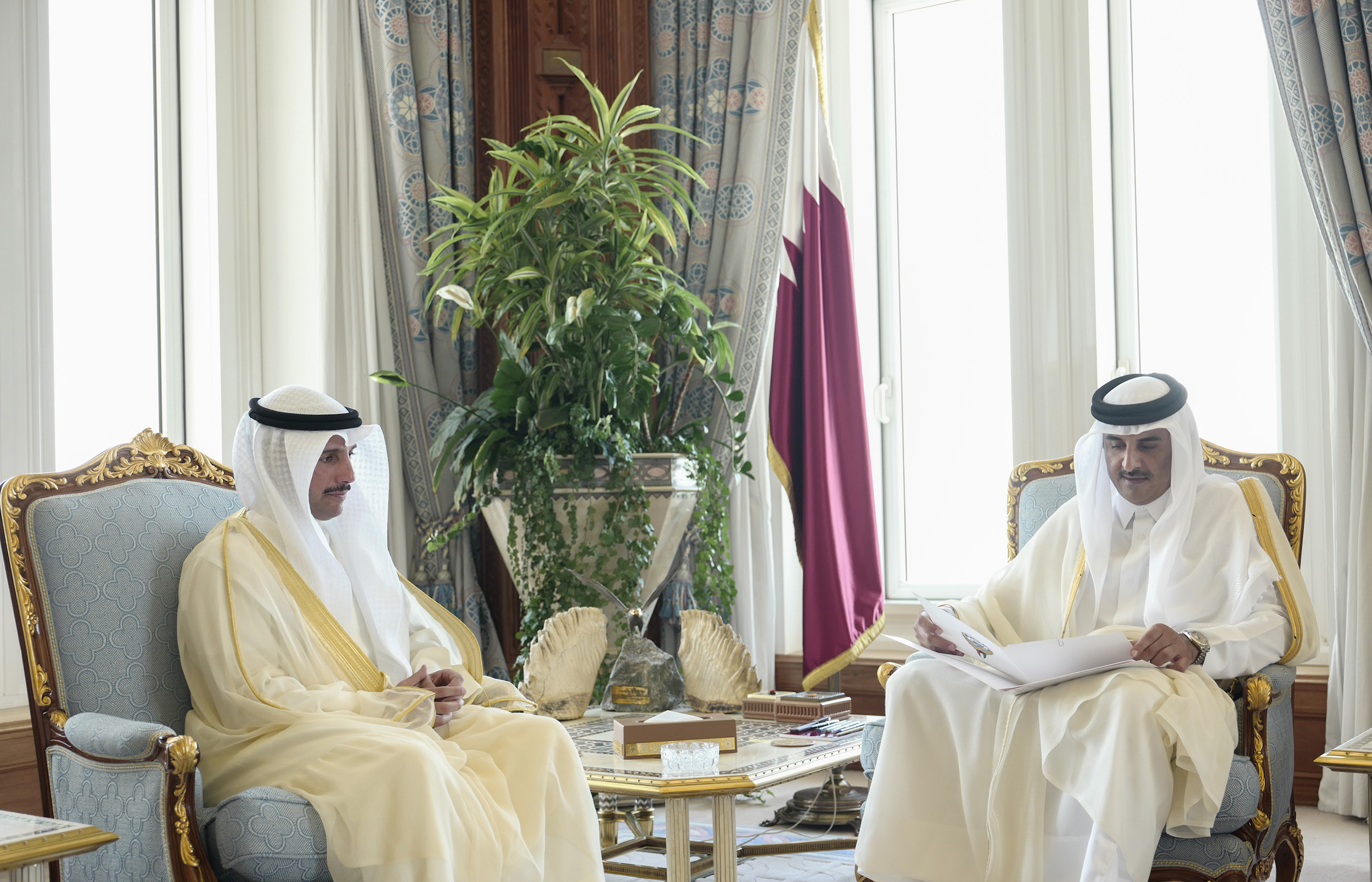 His Highness The Amir Sheikh Tamim bin Hamad Al Thani received today a written message from HH the Amir of the State of Kuwait Sheikh Sabah Al Ahmad Al Jaber Al Sabah, pertaining to brotherly relations between the two countries and ways of developing and strengthening them, as well as issues of common concern.

The message was delivered by HE Speaker of the Kuwaiti National Assembly Marzouq bin Ali Al Ghanim when HH The Amir received him at the Amiri Diwan Office on morning.

At the outset of the meeting, HE Speaker of the Kuwaiti National Assembly conveyed the greetings of HH the Amir of Kuwait Sheikh Sabah Al Ahmad Al Jaber Al Sabah to HH The Amir and his wishes of continued health and success to him and to the Qatari people further progress and prosperity.

In turn, HH The Amir entrusted HE National Assembly Speaker with his greetings to HH the Amir of Kuwait and his wishes of good health to him and further progress and prosperity to the Kuwaiti people.

During the meeting, brotherly relations between the two countries and brotherly peoples were reviewed.