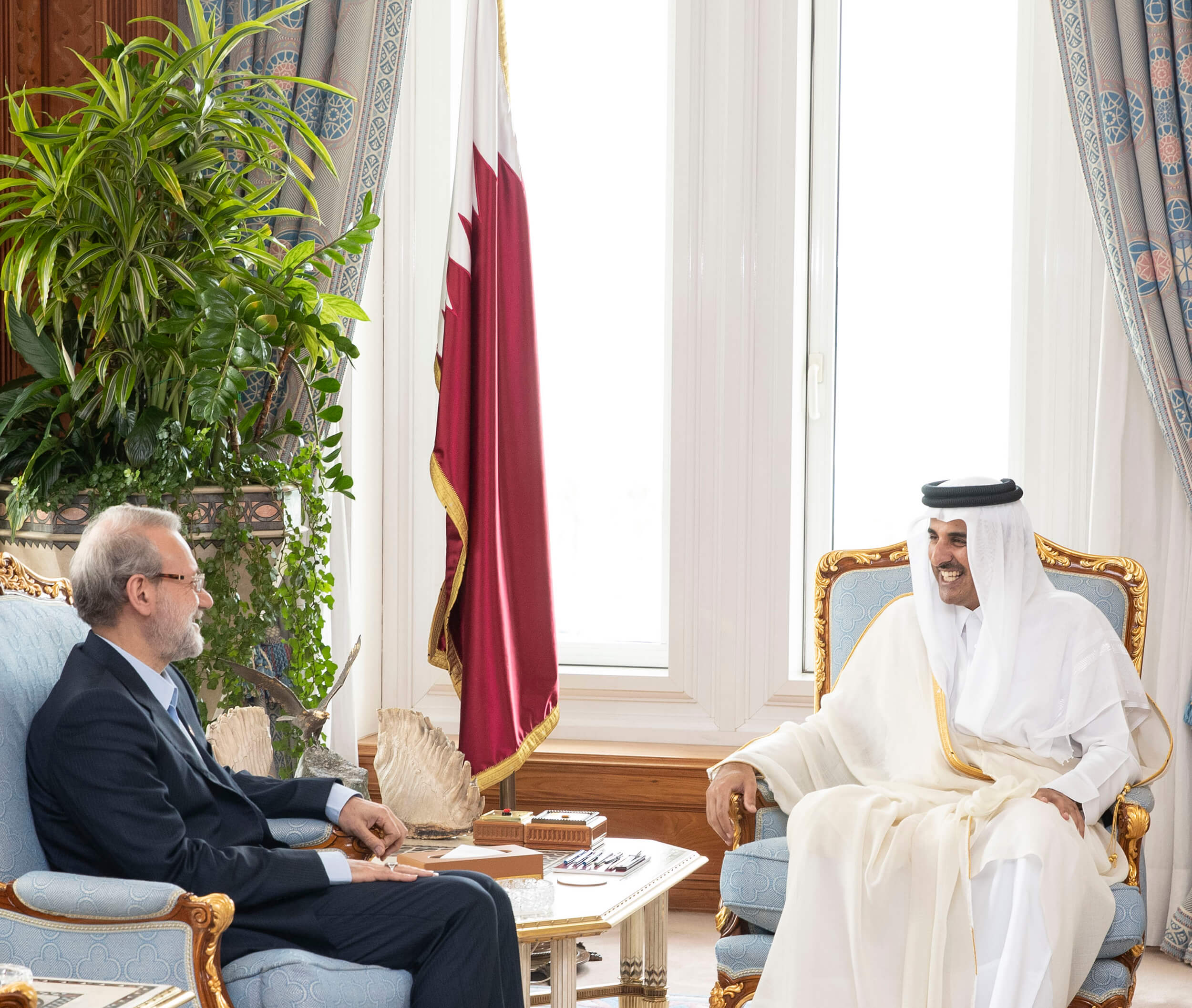 His Highness The Amir Sheikh Tamim bin Hamad Al Thani received today at his office at the Amiri Diwan HE Speaker of the Consultative Assembly of the Islamic Republic of Iran Ali Larijani and his accompanying delegation, on the sidelines of the 140th Assembly of the Inter-Parliamentary Union (IPU) held in Doha.

At the outset of the meeting, the Iranian Consultative Assembly Speaker conveyed the greetings of HE Supreme Leader Sayyid Ali Khamenei and HE President of the Islamic Republic of Iran Dr. Hassan Rouhani, wishing HH The Amir health and happiness and to the Qatari people further progress and prosperity.

For his part, HH The Amir entrusted HE Speaker of the Consultative Assembly to convey his greetings to HE the Supreme Leader and HE the Iranian President, wishing them health and to the Iranian people further development and growth.

During the meeting, they reviewed the bilateral relations between Qatar and Iran especially in the legislative and parliamentary fields.