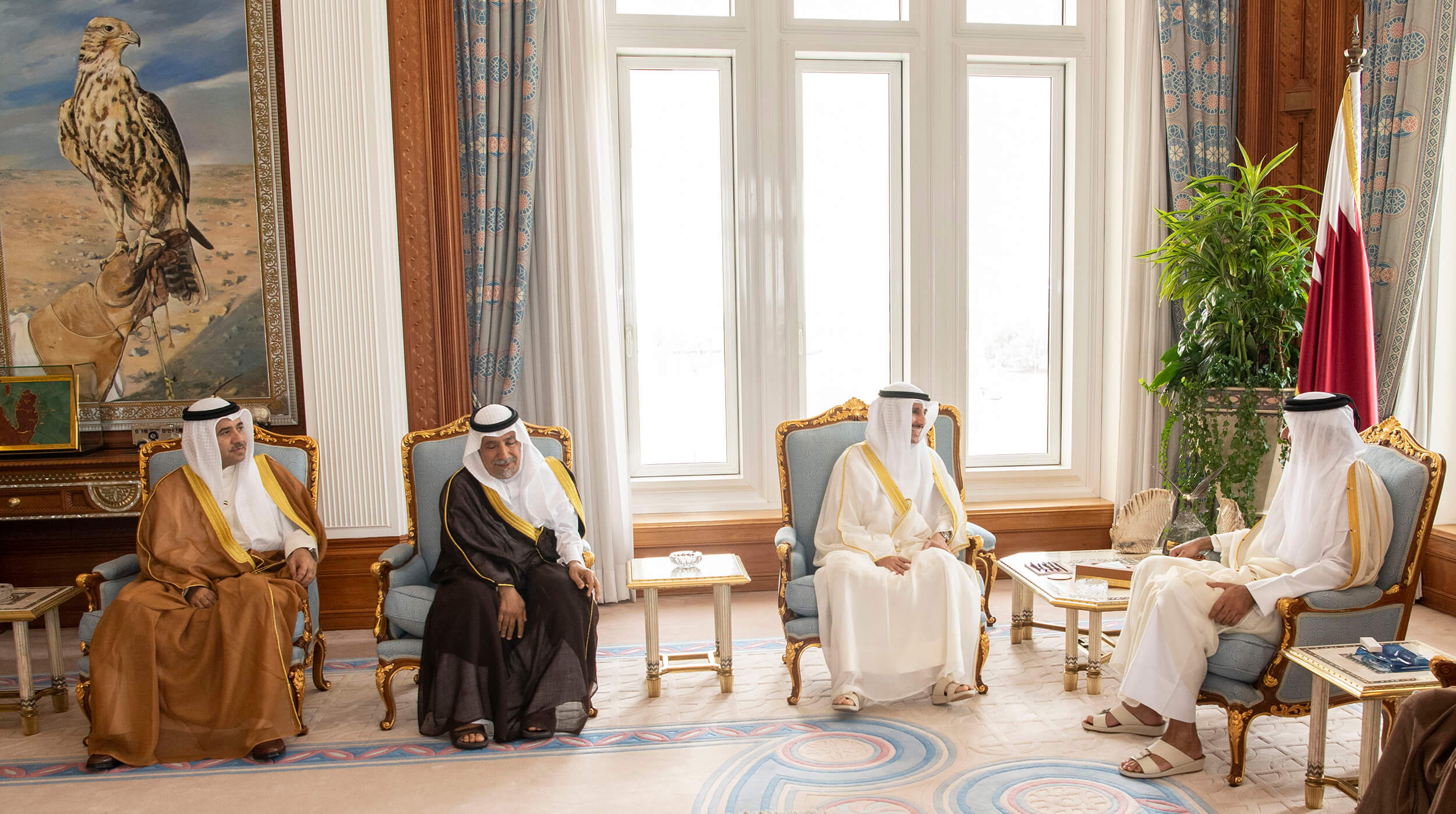 His Highness The Amir Sheikh Tamim bin Hamad Al Thani received this morning at his office at the Amiri Diwan, HE Speaker of the Kuwaiti National Assembly Marzouq Ali Al Ghanim and his accompanying delegation, on the sidelines of the 140th General Assembly of the Inter-Parliamentary Union (IPU) in Doha.

During the meeting, HE Speaker of the Kuwaiti National Assembly conveyed the greetings of HH the Amir of the State of Kuwait Sheikh Sabah Al Ahmad Al Jaber Al Sabah to HH The Amir and his wishes for health and happiness and the Qatari people for progress and prosperity.

For his part, HH The Amir conveyed his greetings to HH the Amir of the State of Kuwait Sheikh Sabah Al Ahmad Al Jaber Al Sabah, wishing him health and wellness and the Kuwaiti people further progress and prosperity.

During the meeting, they reviewed the close relations between Qatar and Kuwait, especially in the legislative and parliamentary fields.