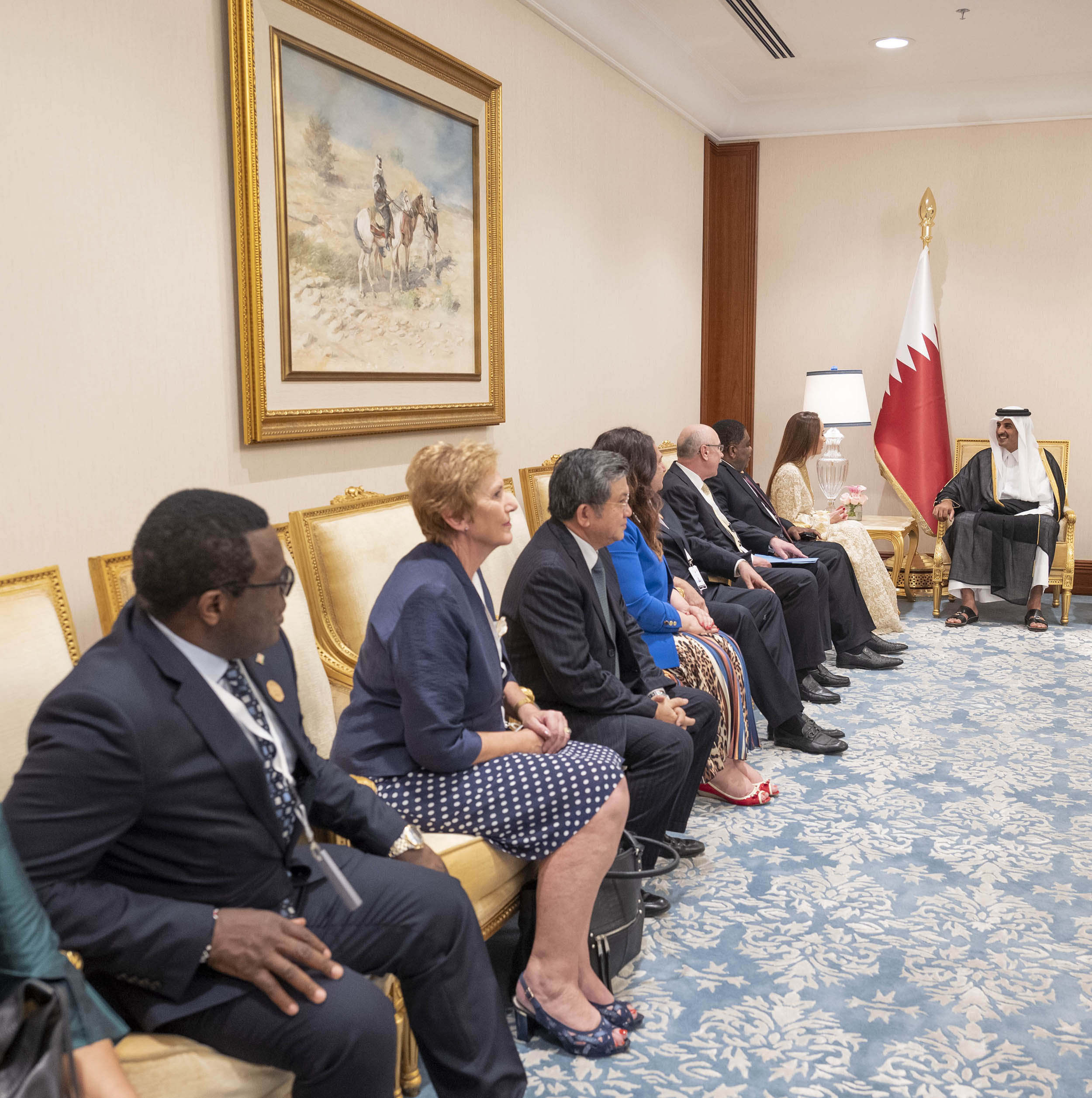 His Highness The Amir Sheikh Tamim bin Hamad Al Thani received on Saturday HE President of the Inter-Parliamentary Union (IPU) Gabriela Cuevas Barron and Their Excellencies members of the union's executive committee, who were greeting His Highness on the occasion of holding the 140th Assembly of the IPU in Doha.