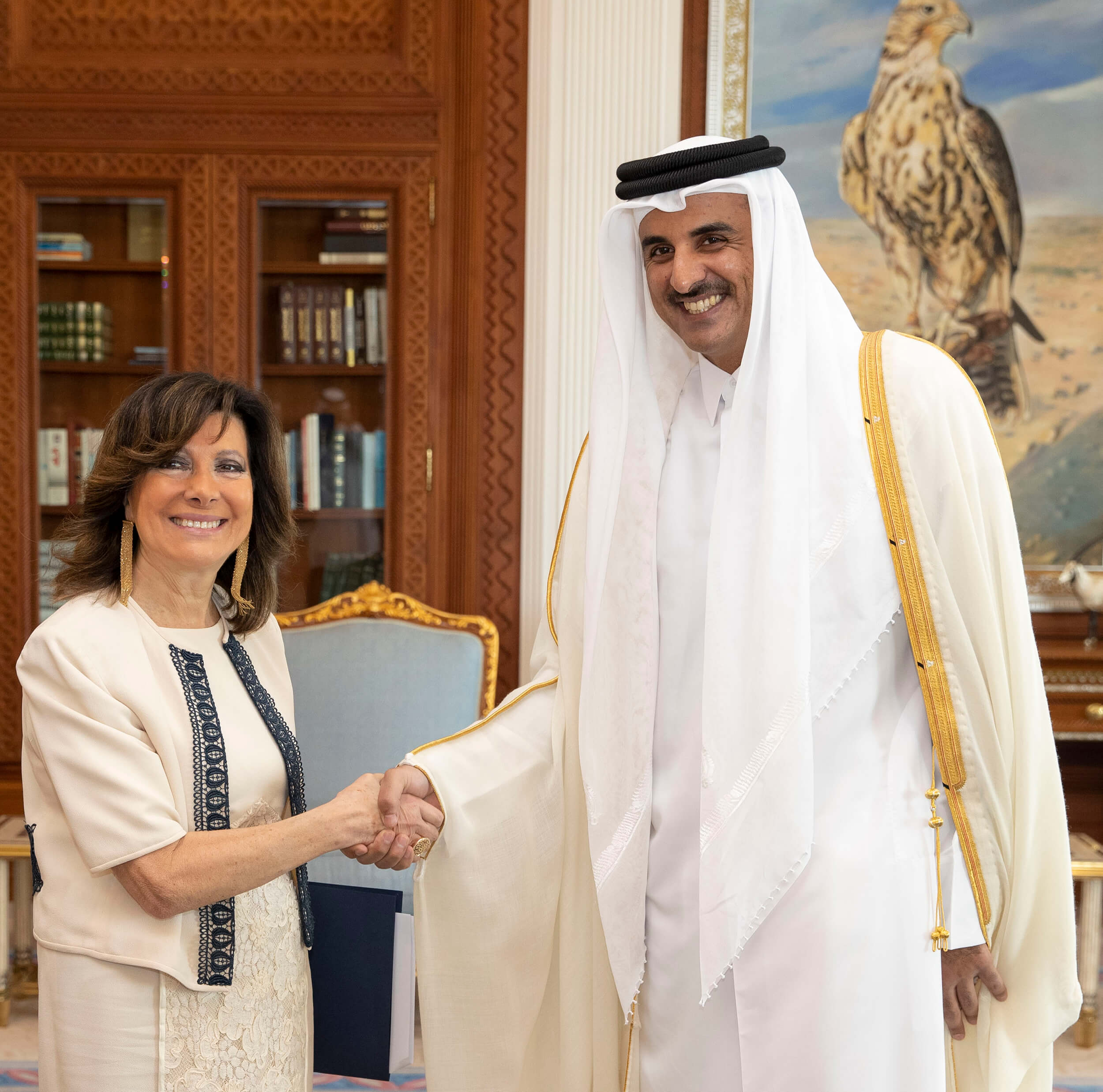 His Highness The Amir Sheikh Tamim bin Hamad Al Thani received on Sunday at his office in the Amiri Diwan, HE President of the Italian Senate Maria Elisabetta Alberti Casellati and her accompanying delegation, who called on HH The Amir to greet him on the occasion of their visit to the country.

At the beginning of the meeting, the President of the Italian Senate expressed her congratulations to HH The Amir on the successful meetings of the 140th General Assembly of the Inter-Parliamentary Union hosted by Doha in early April and praised its positive results and important decisions.

During the meeting, they reviewed relations of friendship and cooperation between the State of Qatar and the Italian Republic, in addition to discussing a number of regional and international issues of joint interest, especially the current GCC crisis and its implications for the security of the region. In this regard, the President of the Senate renewed her country's position on the importance of resolving the crisis through dialogue and diplomatic means. She also called for lifting the blockade on the State of Qatar and the consequent violations of human rights.

On the other hand, HE Maria Elisabetta Casellati praised the measures taken by Qatar in the field of workers rights, which have been characterized as a role model.

For his part, HH The Amir expressed his thanks to the Italian Senate President and Italy's position in support of resolving the Gulf crisis through dialogue.

The meeting was attended by HE Speaker of the Shura Council Ahmed bin Abdullah bin Zaid Al Mahmoud .