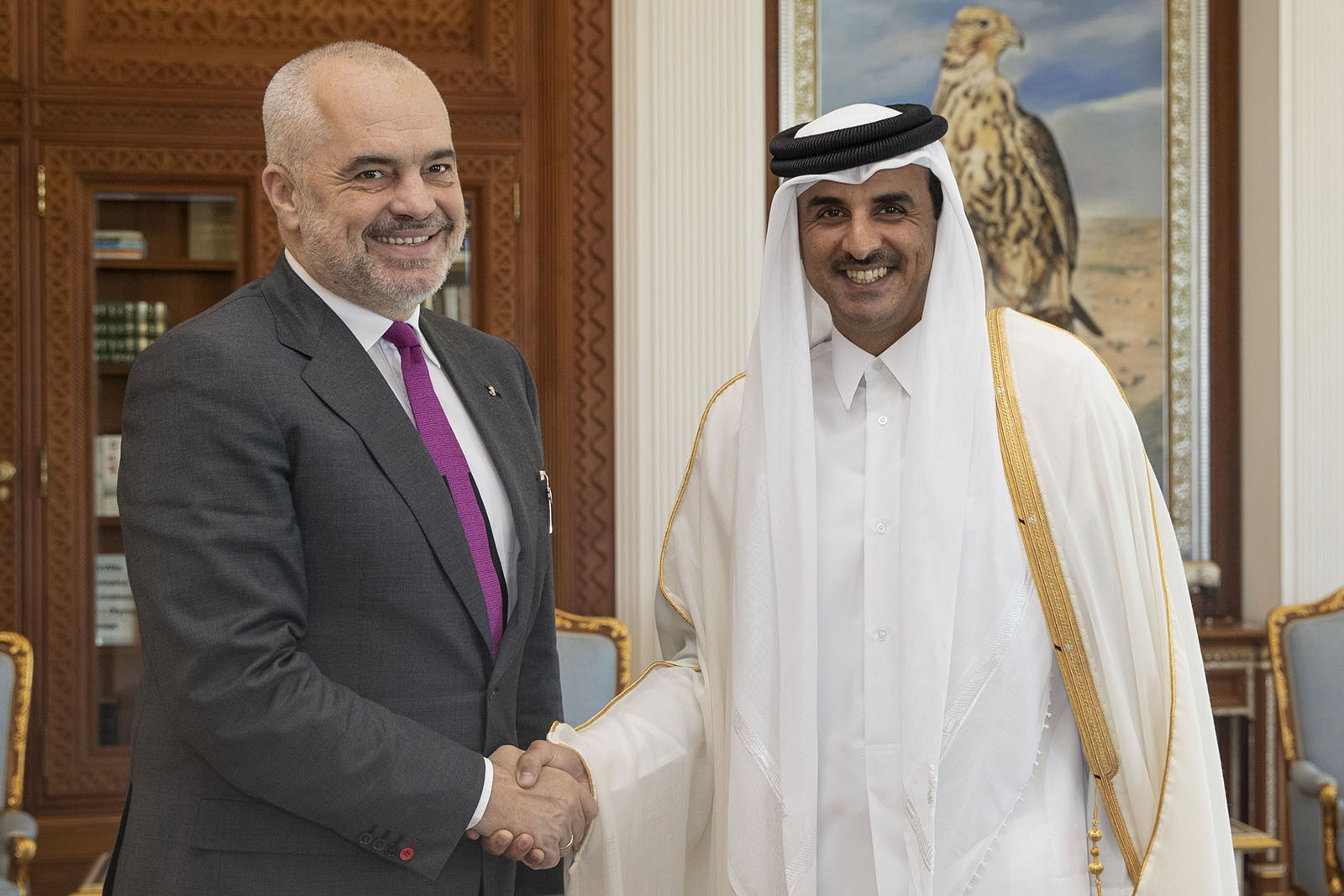 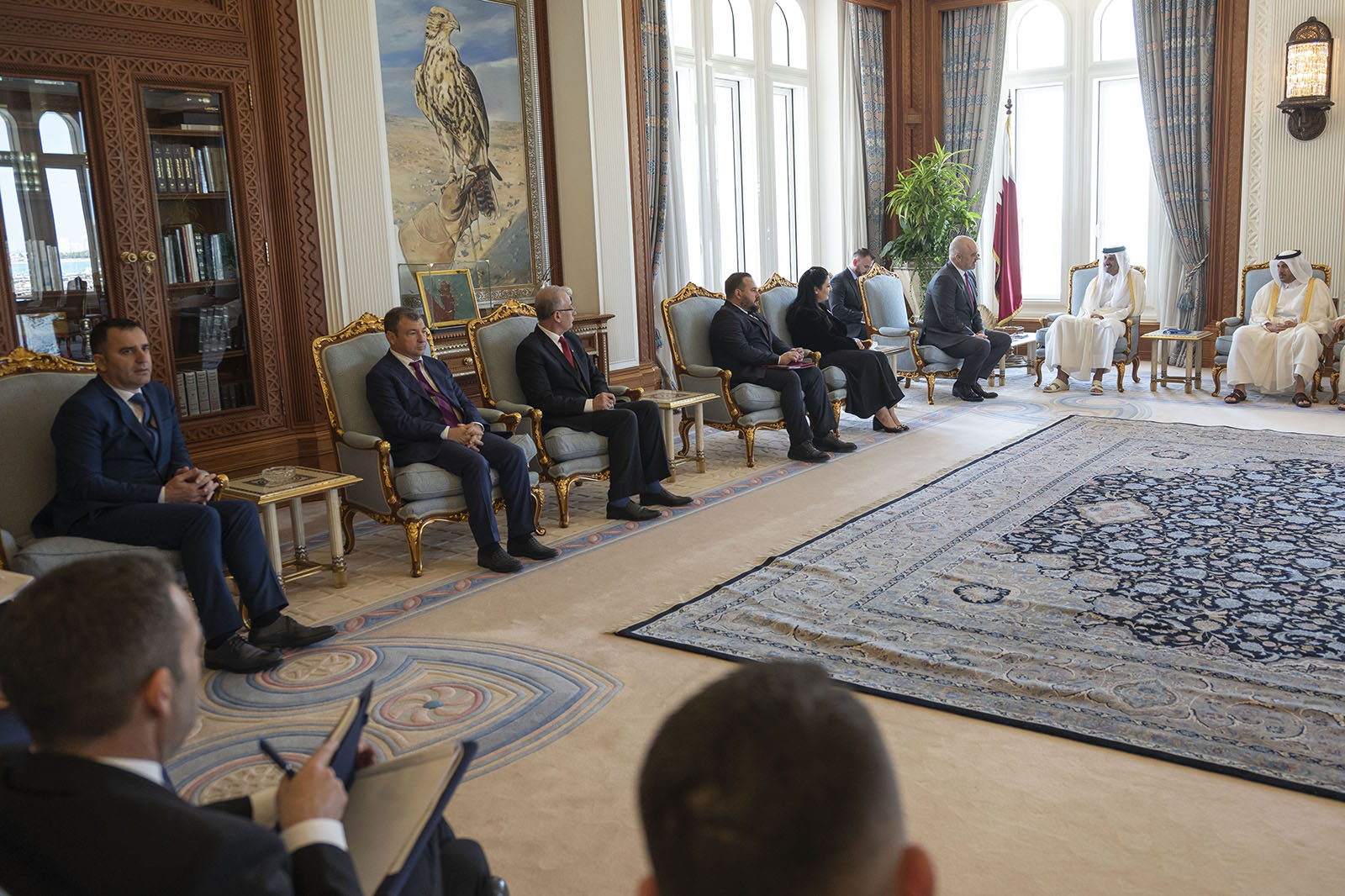 His Highness The Amir Sheikh Tamim bin Hamad Al Thani received, on Tuesday morning at his Amiri Diwan office, HE the Prime Minister of the Republic of Albania Edi Rama and the accompanying delegation on the occasion of his visit to the country.

During the meeting, they reviewed the bilateral relations between the two countries and means of boosting them in various fields, in addition to a number of regional and international issues of common concern.

The meeting was attended by HE Prime Minister and Minister of Interior Sheikh Abdullah bin Nasser bin Khalifa Al Thani and a number of Their Excellencies ministers.