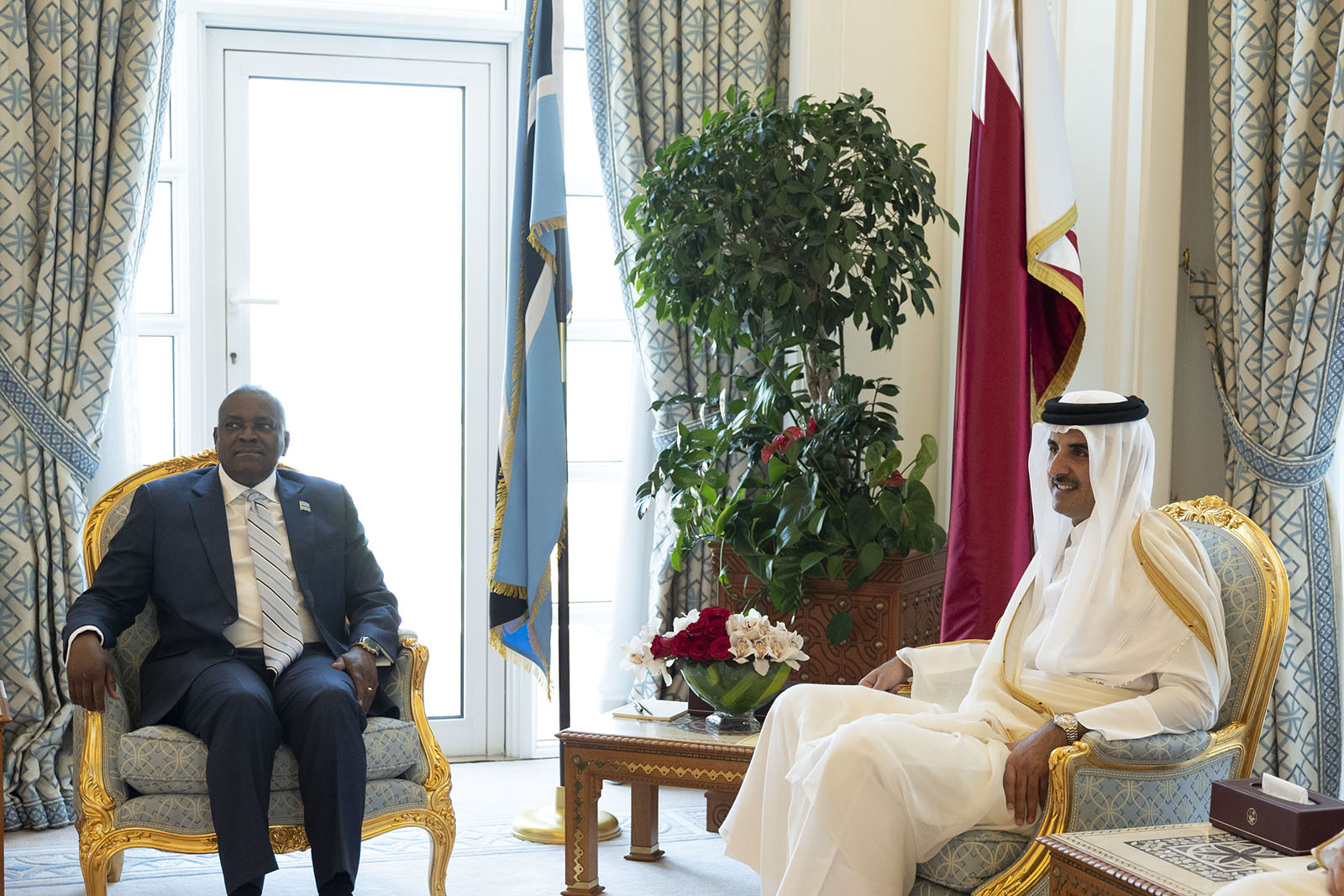 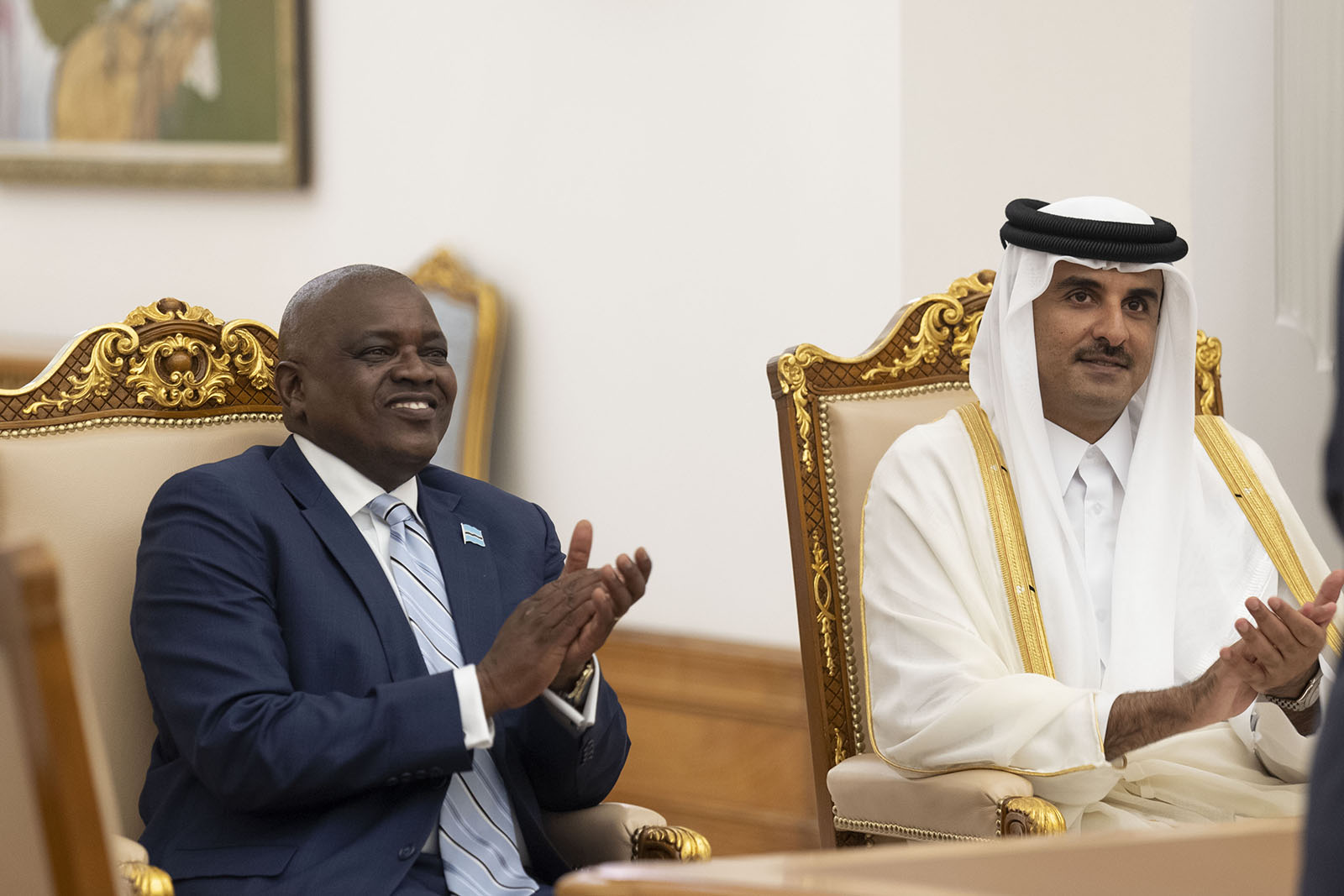 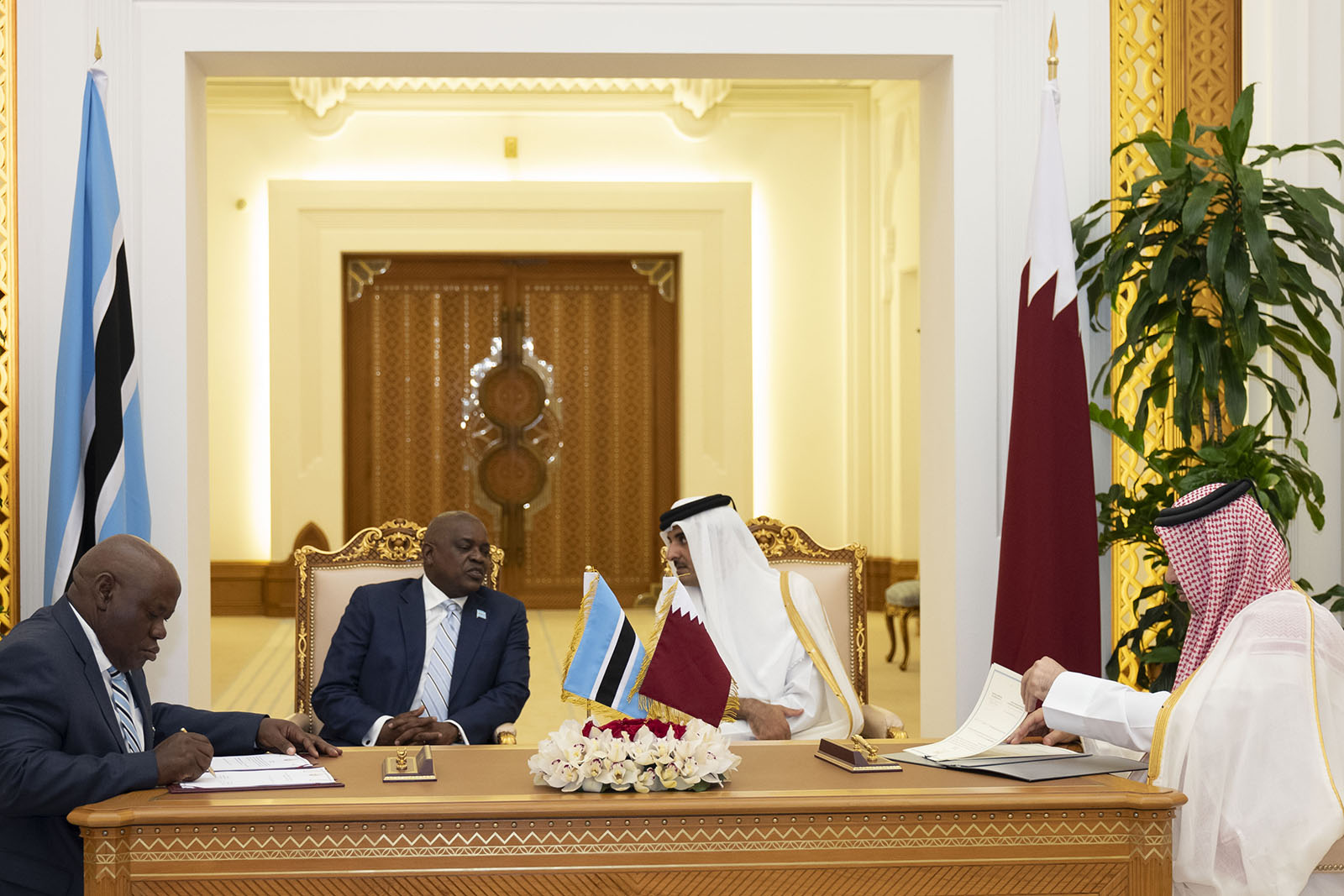 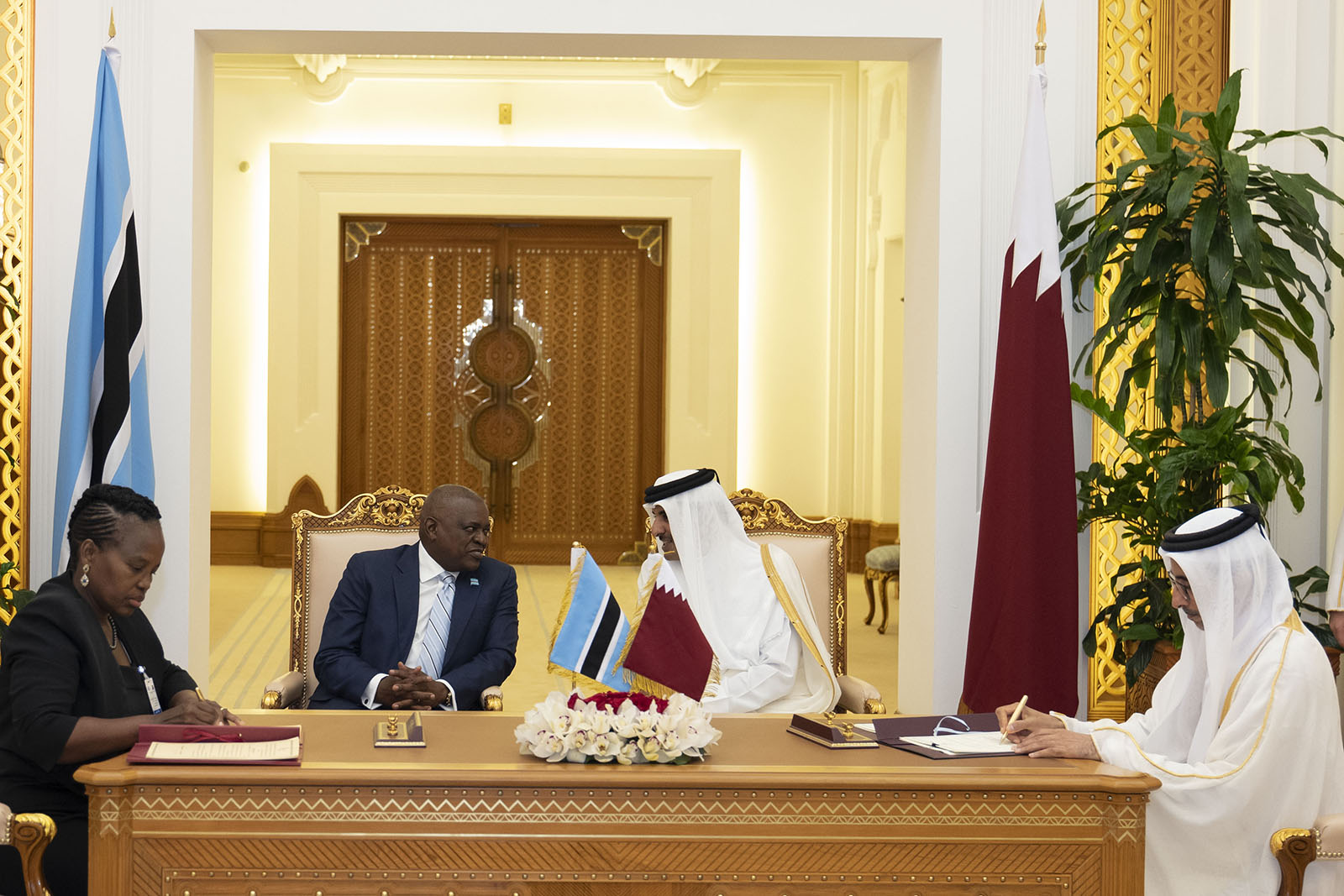 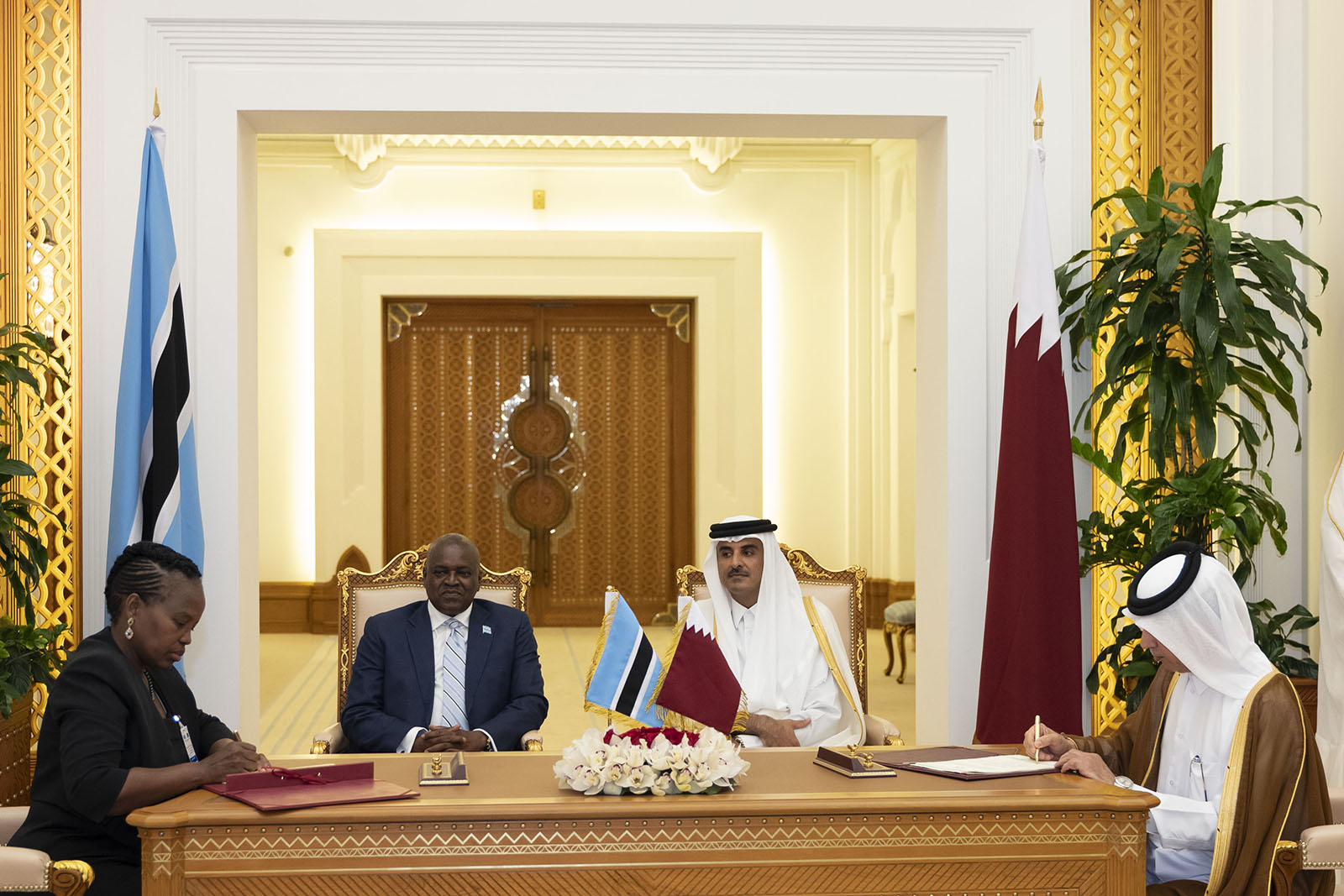 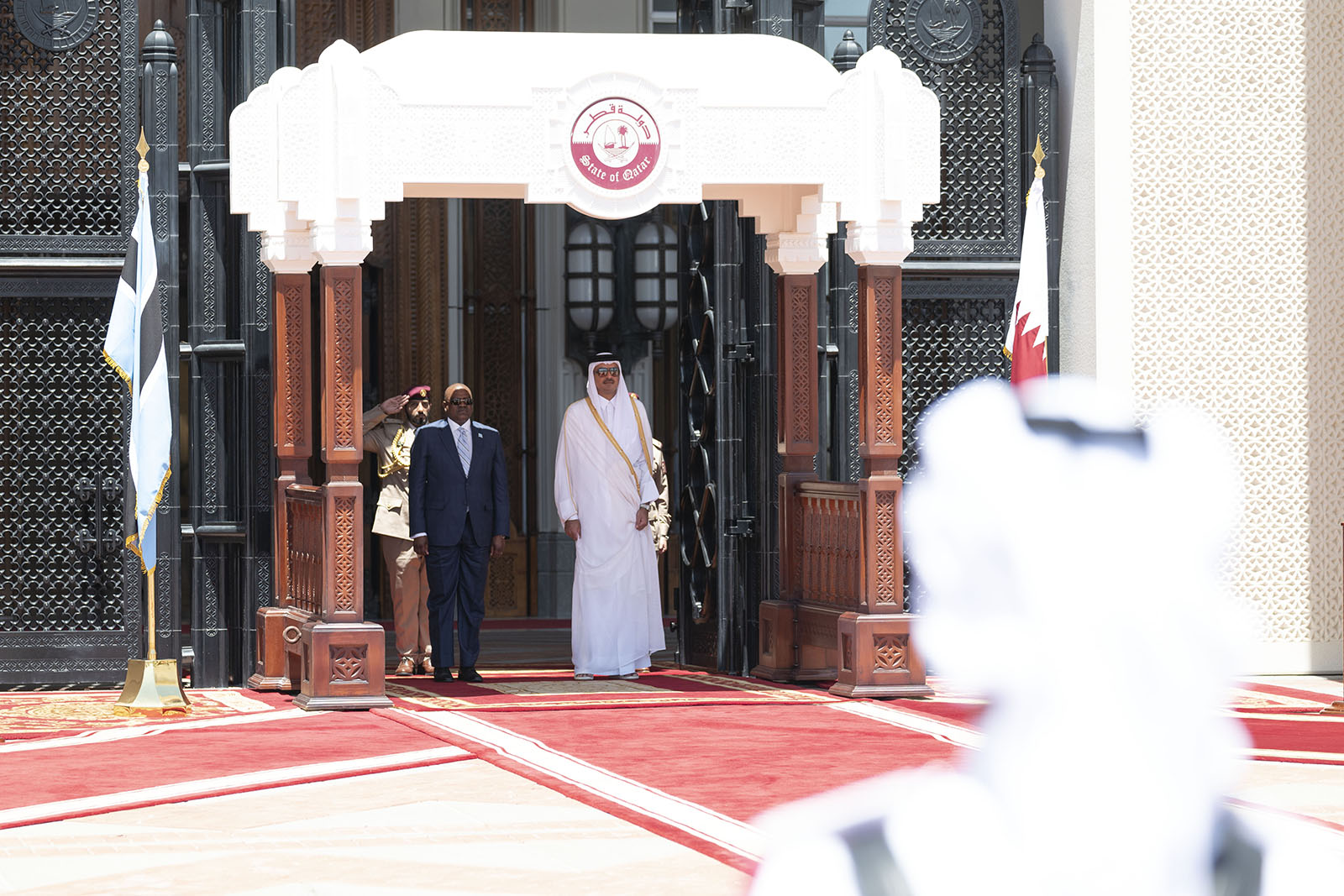 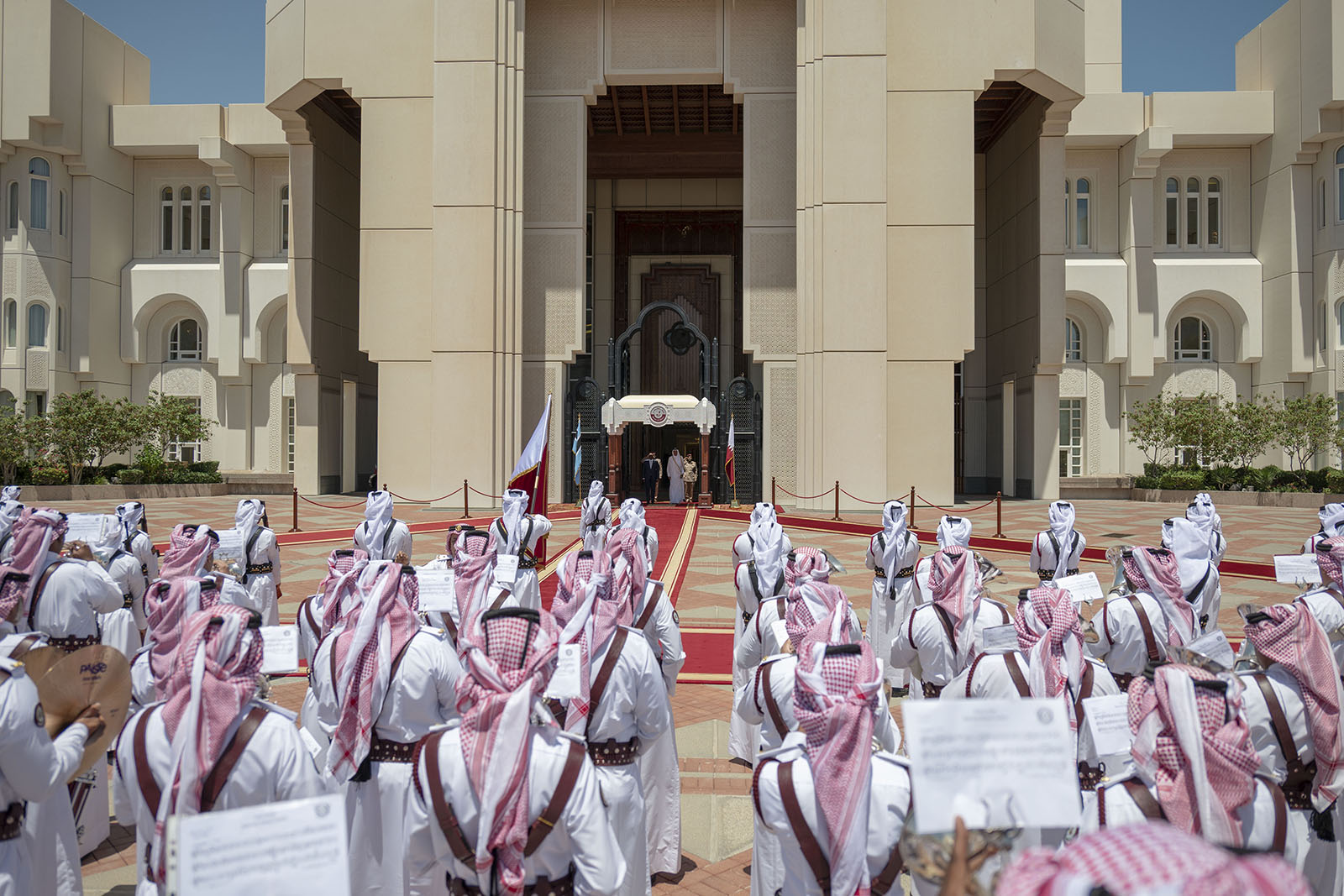 His Highness The Amir Sheikh Tamim bin Hamad Al Thani held a session of official talks with HE the President of the Republic of Botswana Dr. Mokgweetsi Masisi at the Amiri Diwan on Monday morning.

The session dealt with the bilateral relations between the two countries and ways to strengthen and develop them in various fields, especially in the fields of investment, minerals, infrastructure and air transport.

The two sides also discussed a number of regional and international issues of common concern.

HH The Amir and HE the President of the Republic of Botswana witnessed the signing of memorandums of understanding on cooperation in the fields of defense, youth and sports, culture, and political consultations.

The session and agreement signings were attended by a number of Their Excellencies the ministers.

They were also attended by Their Excellencies members of the official delegation accompanying the President of Botswana.

HE the President of the Republic of Botswana arrived earlier at the Amiri Diwan, where he was accorded an official reception ceremony.