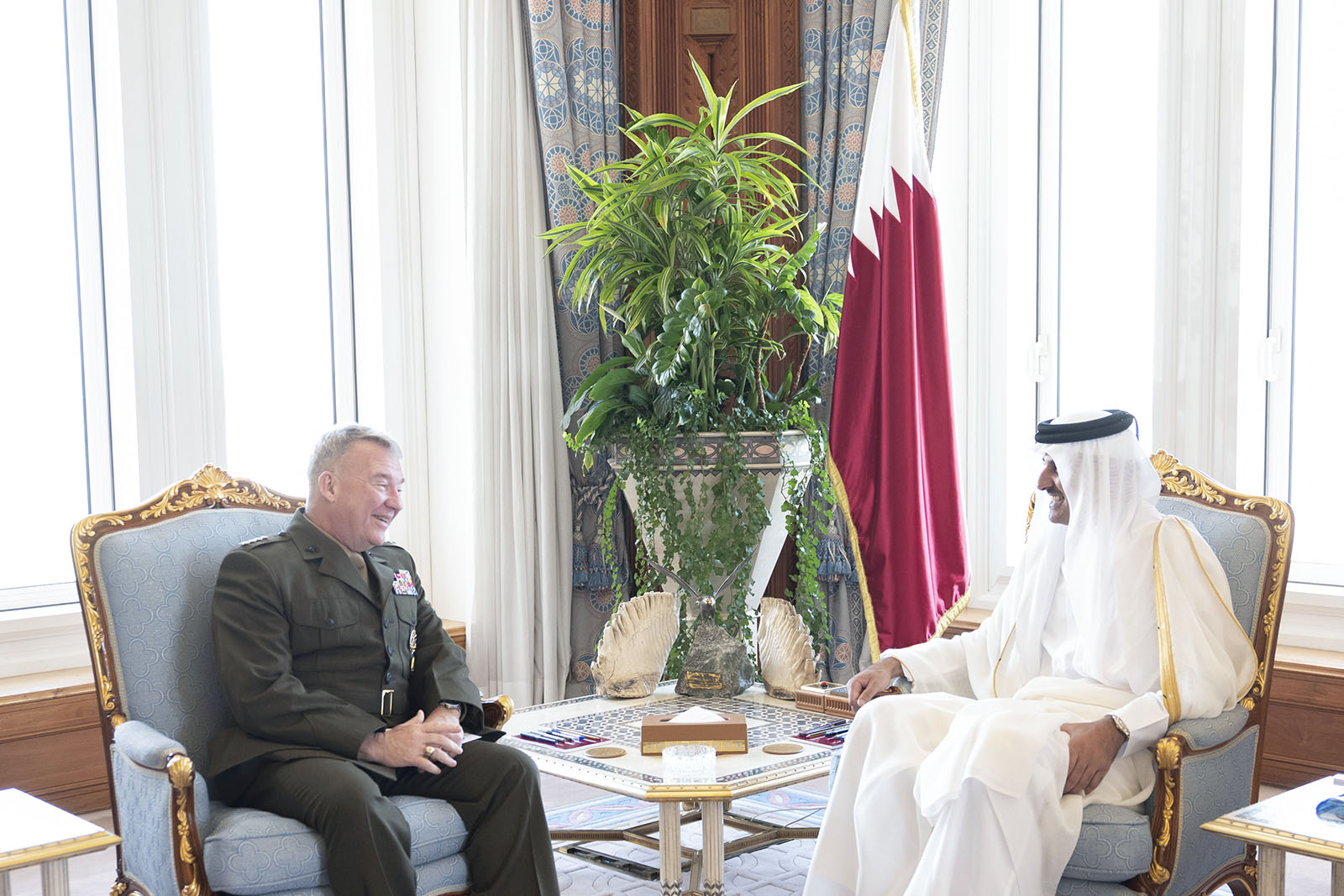 His Highness The Amir Sheikh Tamim bin Hamad Al Thani received HE Commander of the U.S. Central Command in the Middle East General Kenneth Mckenzie, and his accompanying delegation at his office in the Amiri Diwan on Sunday morning.

At the beginning of the meeting, HH The Amir congratulated the General on the occasion of his assumption of his post, and wished him success in his duties, for his part, HE the General thanked HH The Amir for his reception and the central role played by the State of Qatar through the Al Udeid Air Base, as well as its joint efforts with the United States in the fight against terrorism.

The meeting also dealt with the strategic relations existing between the two friendly countries, especially the defense and military relations, and ways of developing them, in addition to the latest developments in the region.