HH The Amir Receives a Message from King of Morocco 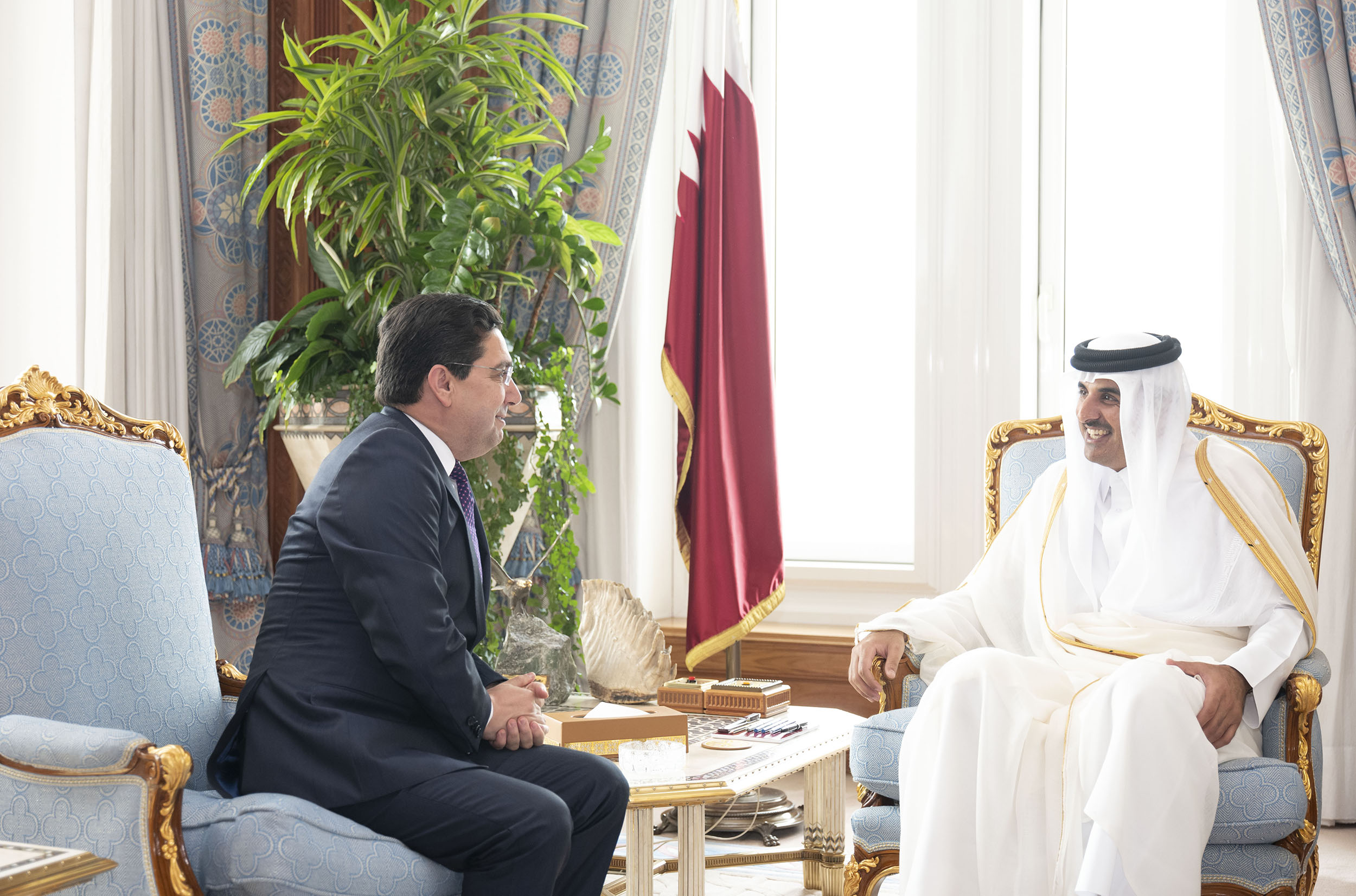 His Highness The Amir Sheikh Tamim bin Hamad Al Thani received today a verbal message from HM King Mohammed VI of the Kingdom of Morocco, pertaining to bilateral ties and the means to enhance them.

The message was conveyed by HE Moroccan Minister of Foreign Affairs and International Cooperation Nasser Bourita during a meeting His Excellency and the accompanying delegation held with HH The Amir at his office in the Amiri Diwan this morning.

At the outset of the meeting, HE the Minister conveyed the greetings of HM King of Mohammed VI to HH The Amir, wishing him good health and happiness, and further progress and development for the Qatari people.

HH The Amir entrusted HE the Moroccan Minister of Foreign Affairs with his greetings to HM King Mohammed VI, his wishes of good health and happiness, and for the Moroccan people further progress and prosperity.