HH The Amir and President of Bulgaria Hold Talks Session 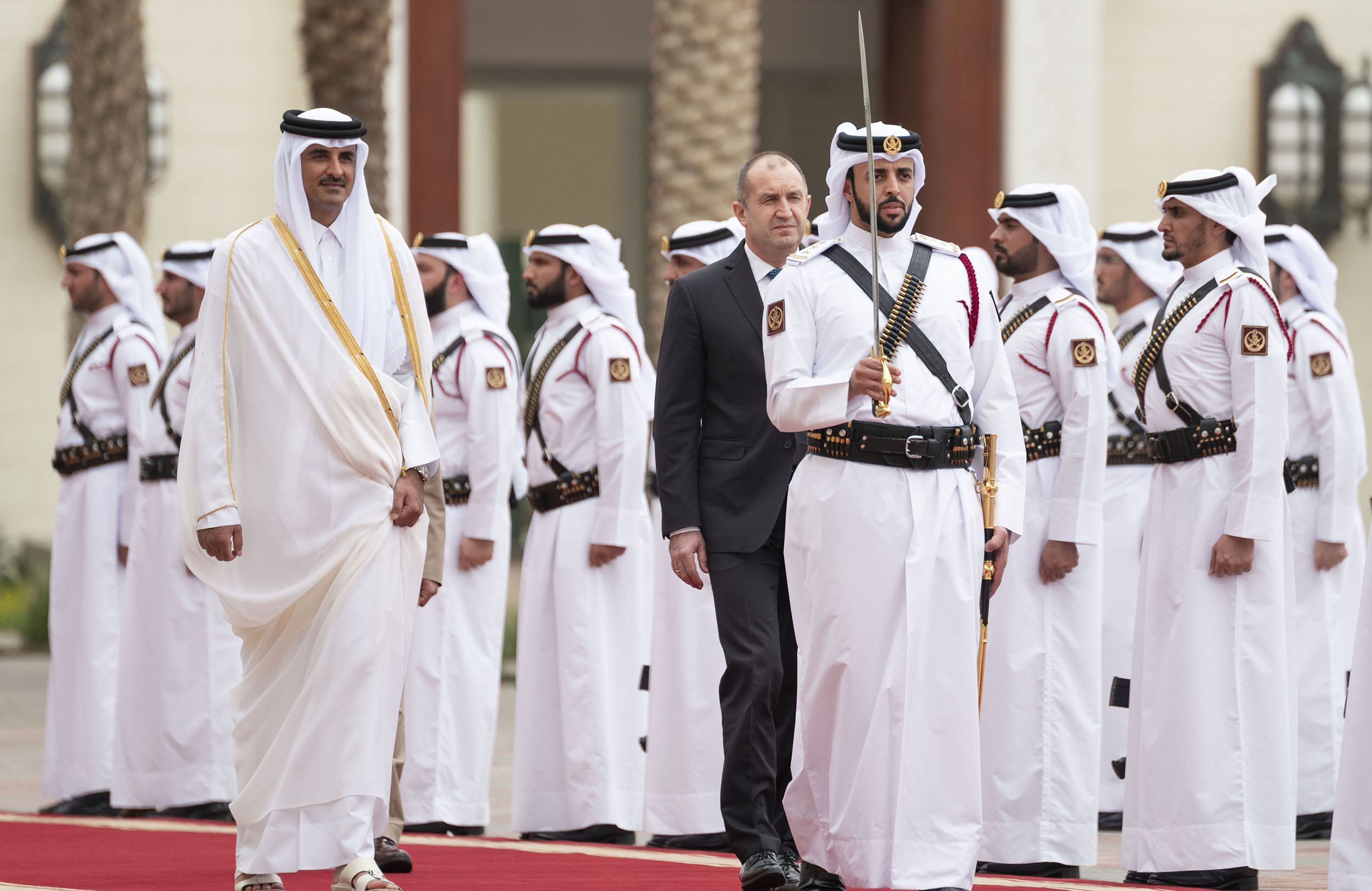 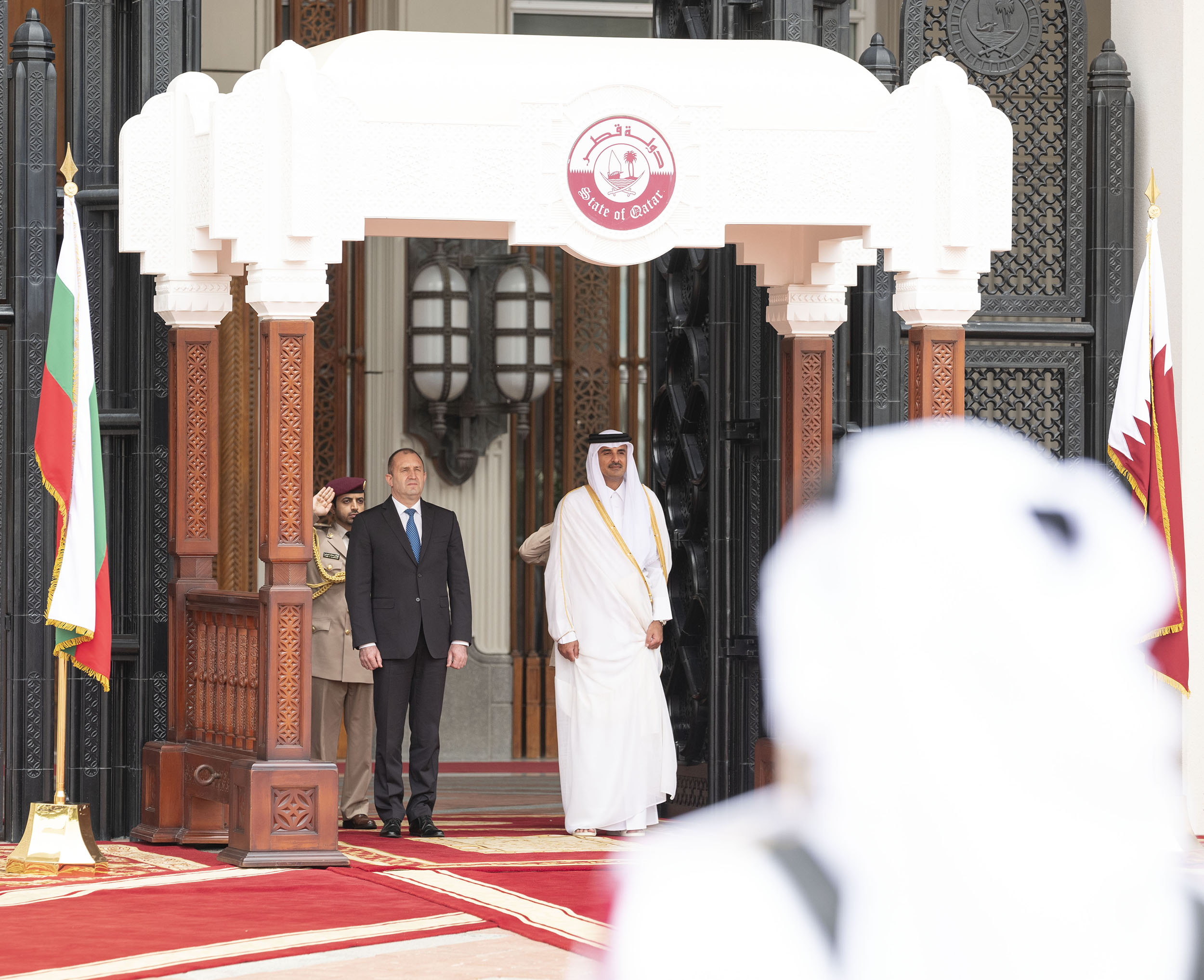 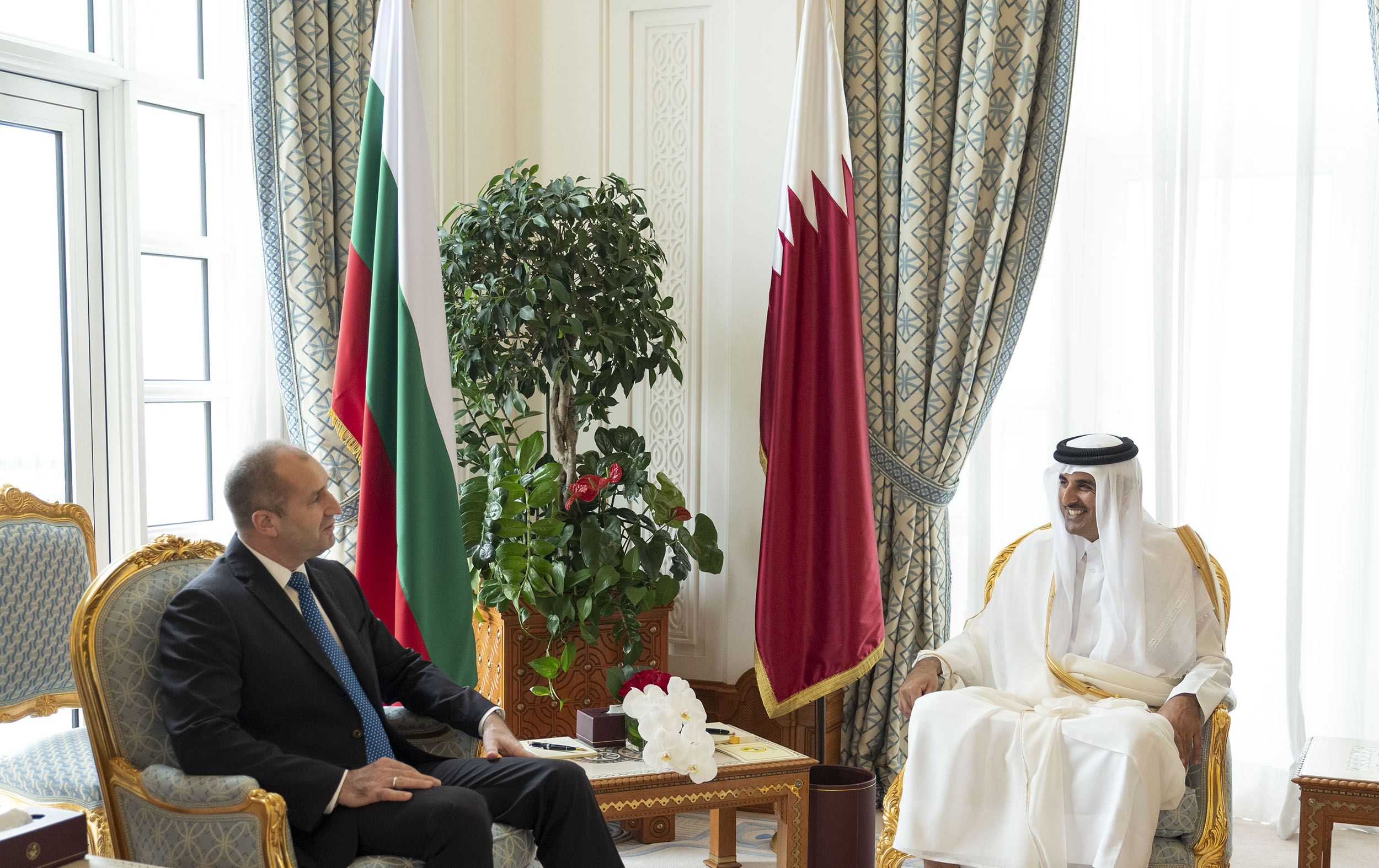 His Highness The Amir Sheikh Tamim bin Hamad Al Thani and HE President of the Republic of Bulgaria Rumen Radev held official talks session at the Amiri Diwan on Thursday.

During the session they discussed bilateral relations between both countries and ways to boost and develop them in all fields especially agriculture, infrastructure, technology, education and complementary medicine. Both sides also touched on the Qatari-Bulgarian economic forum held in conjunction with the visit of HE the President, which would contribute to strengthening economic and trade relations between the two countries.

The talks also discussed a number of regional and international issues of common interest.

From the Bulgarian side the talks were attended by Their Excellencies members of the delegation accompanying HE the President.

HE the President of Bulgaria arrived at the Amiri Diwan earlier, and was accorded an official reception ceremony.