HH The Amir Receives Message from King of Jordan 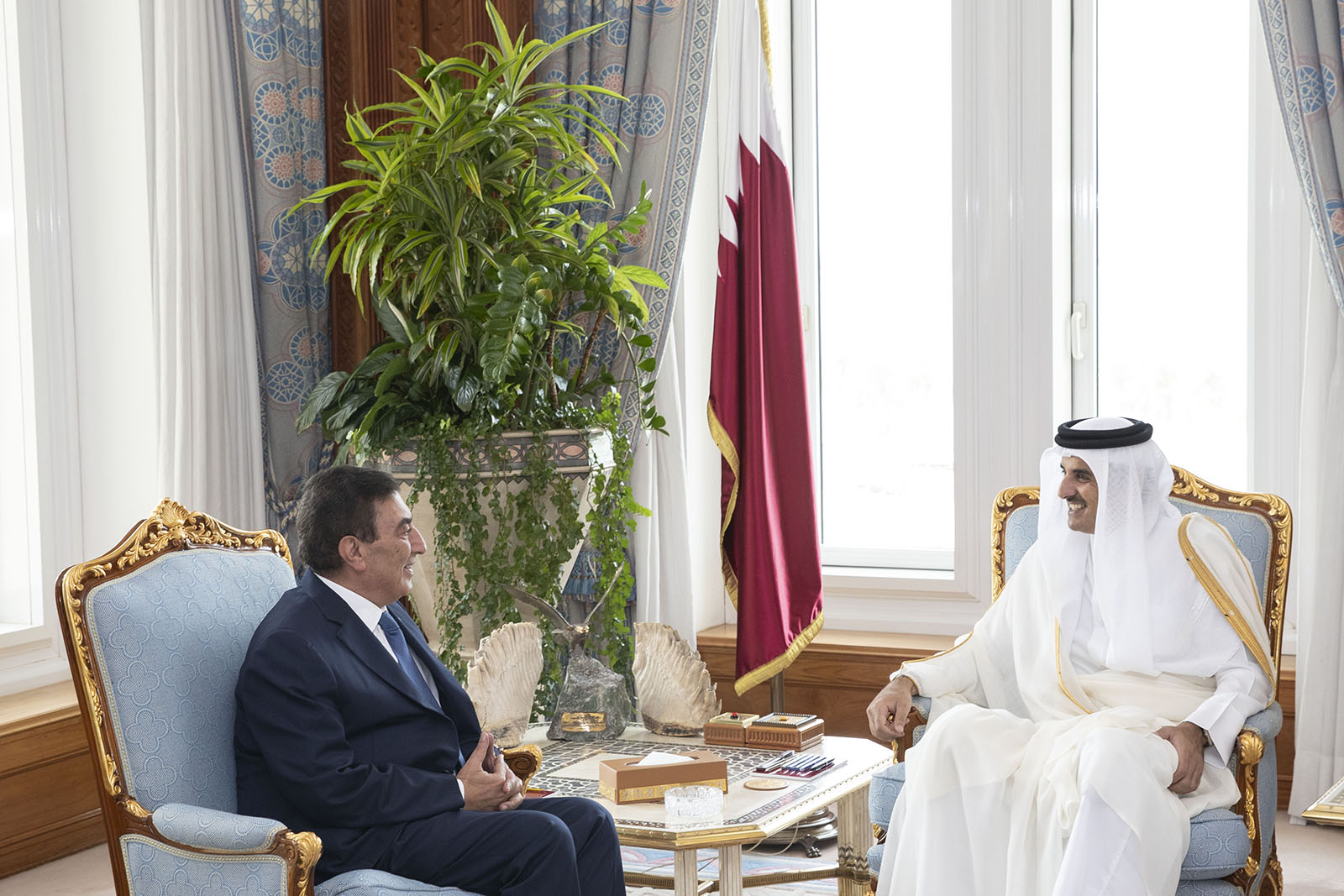 His Highness The Amir Sheikh Tamim bin Hamad Al Thani received a verbal message from HM King Abdullah II ibn Al Hussein of the Hashemite Kingdom of Jordan, pertaining to bilateral relations between the two brotherly countries and ways of supporting and enhancing them.

The message was conveyed by HE Speaker of the Jordanian House of Representatives, Eng. Atef Al Tarawneh, during his meeting with HH The Amir at His Highness' office at the Amiri Diwan on Wednesday morning.

At the beginning of the meeting, HE the Speaker of the Jordanian House of Representatives conveyed to HH The Amir the greetings of HM King of Jordan and his wishes of health and happiness, and the wishes of more development and prosperity for the Qatari people.

For his part, HH The Amir entrusted HE the Speaker of the Jordanian House of Representatives with greetings to HH the King of Jordan, and wishes of further development and growth to the brotherly people of Jordan.

The meeting saw a review of brotherly ties between the two countries, especially in the field of exchanging experiences in legislative and parliamentary work.