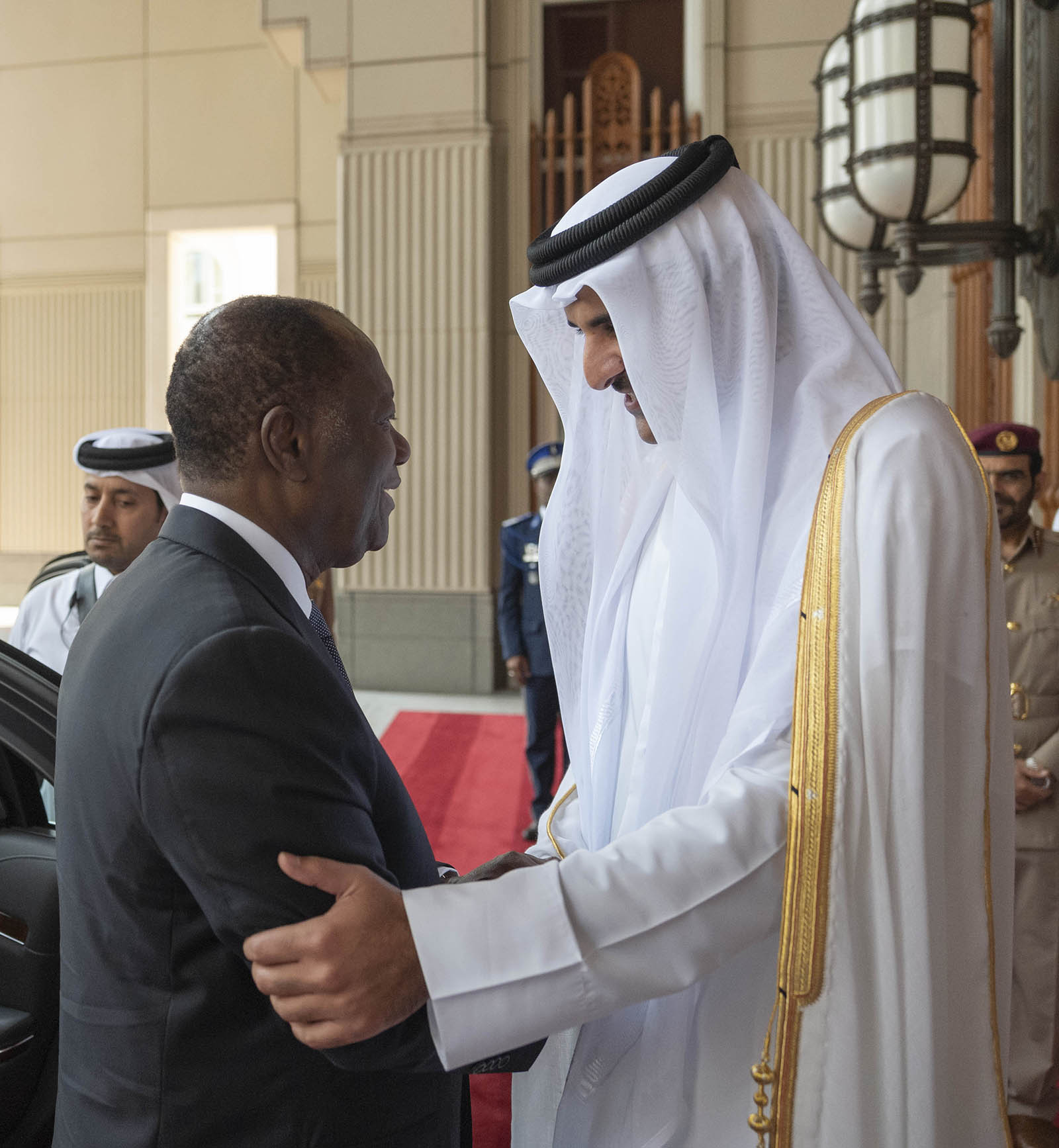 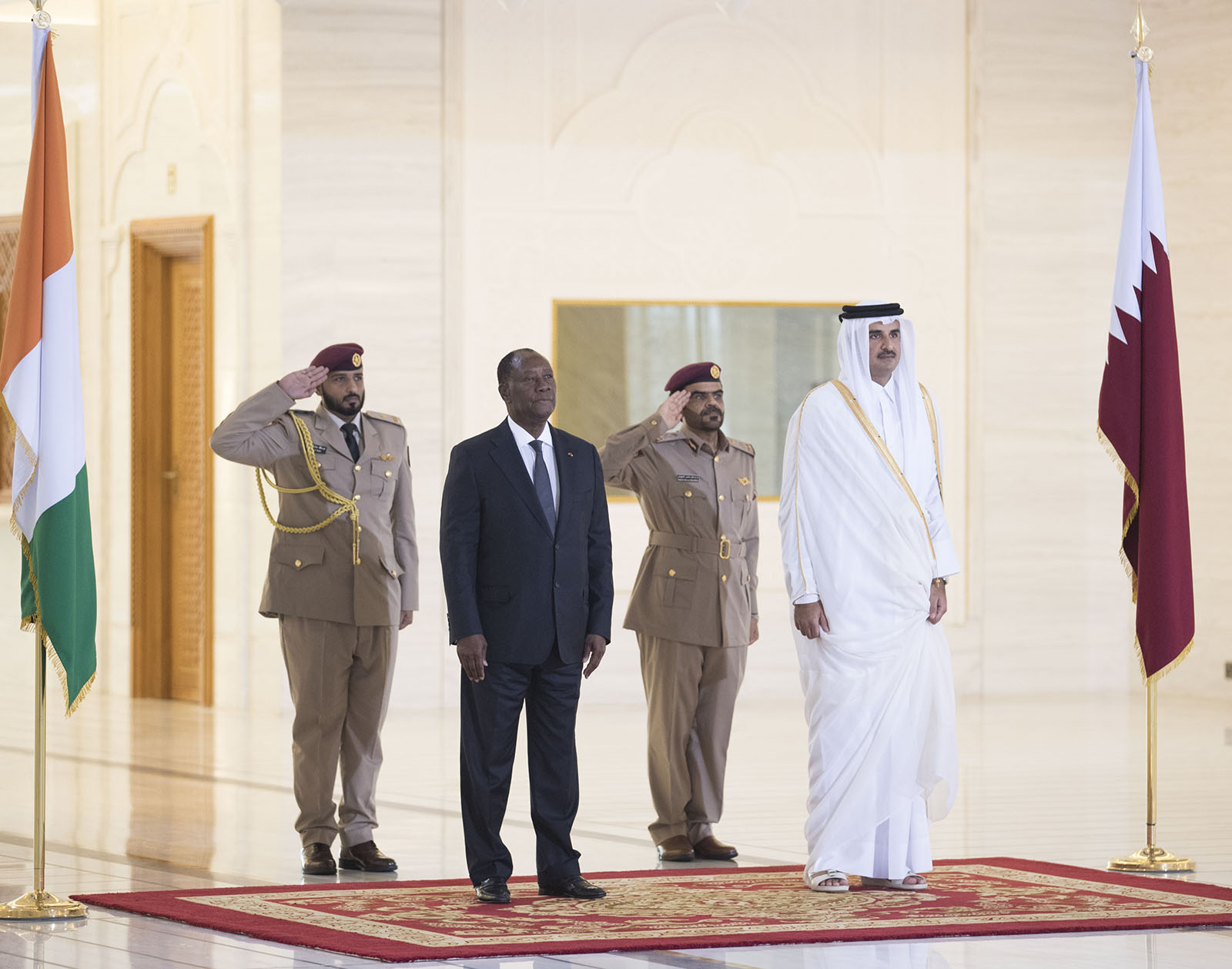 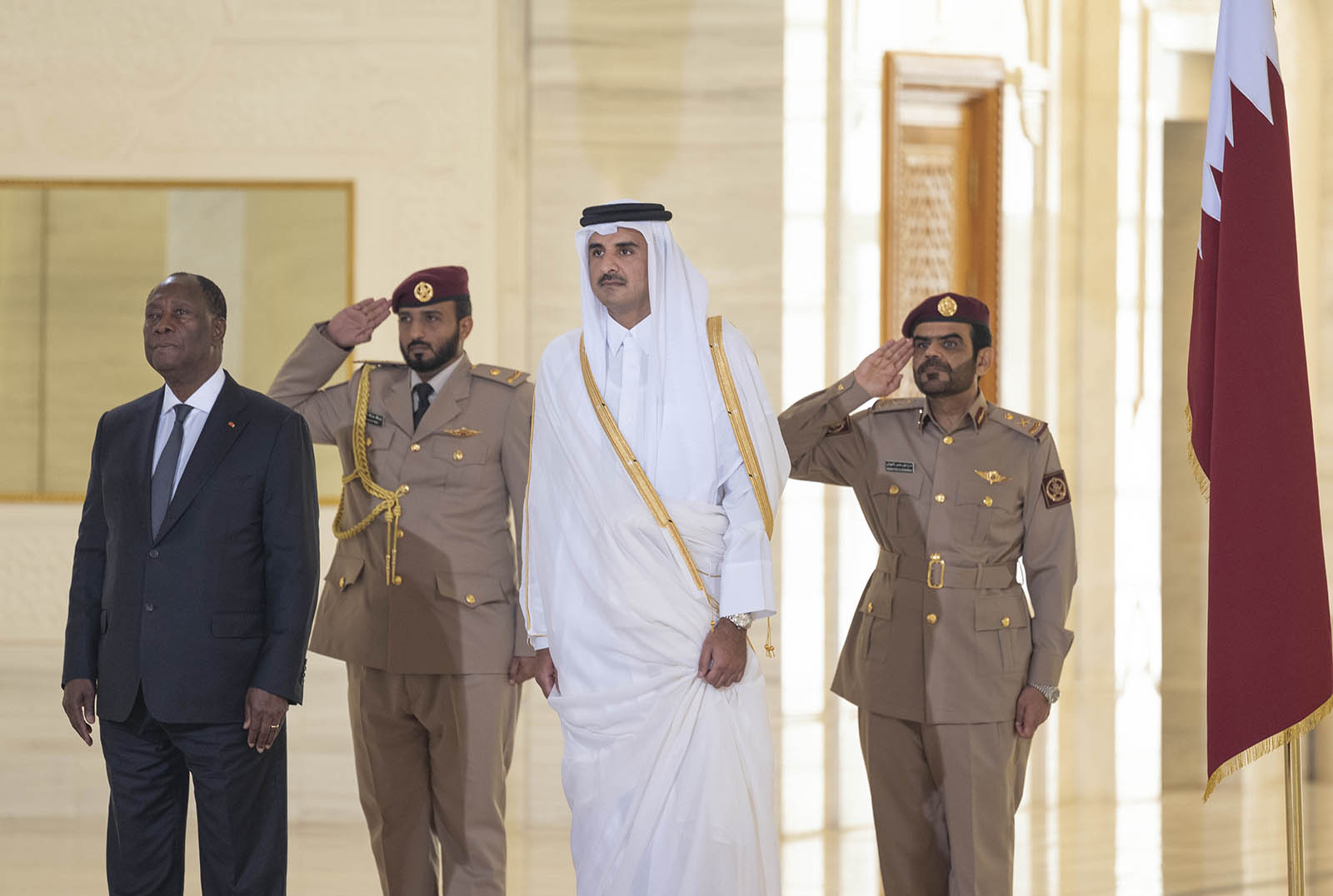 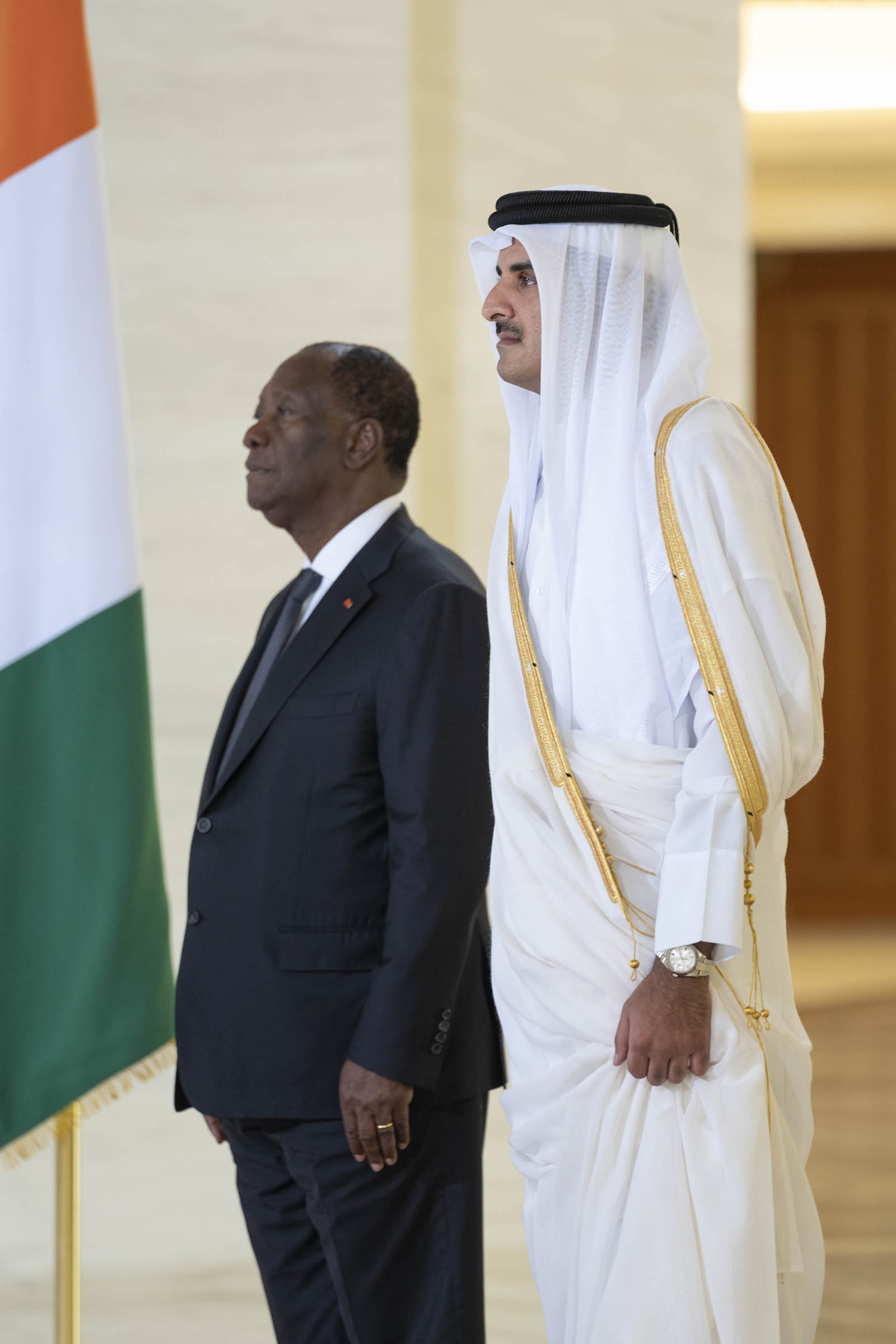 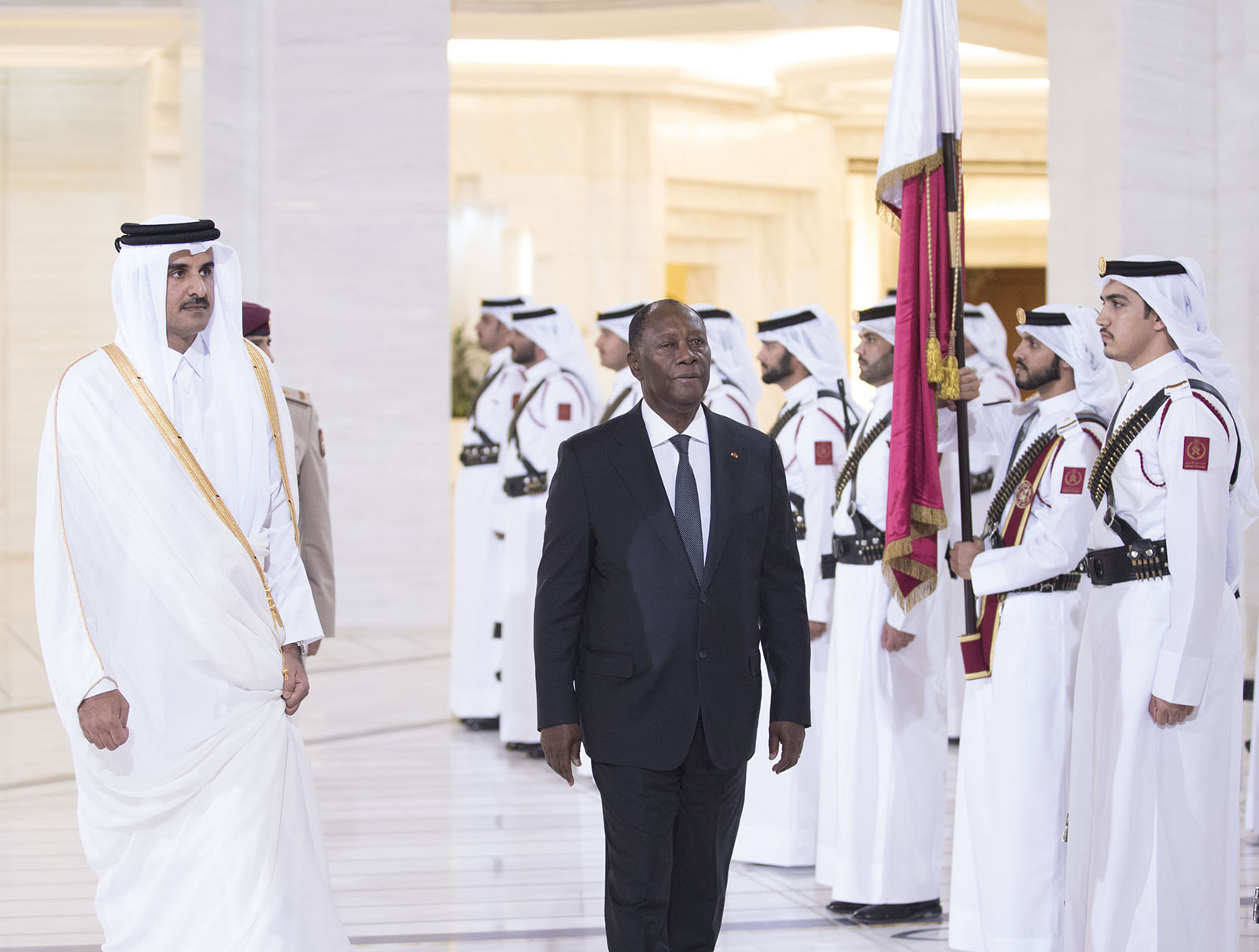 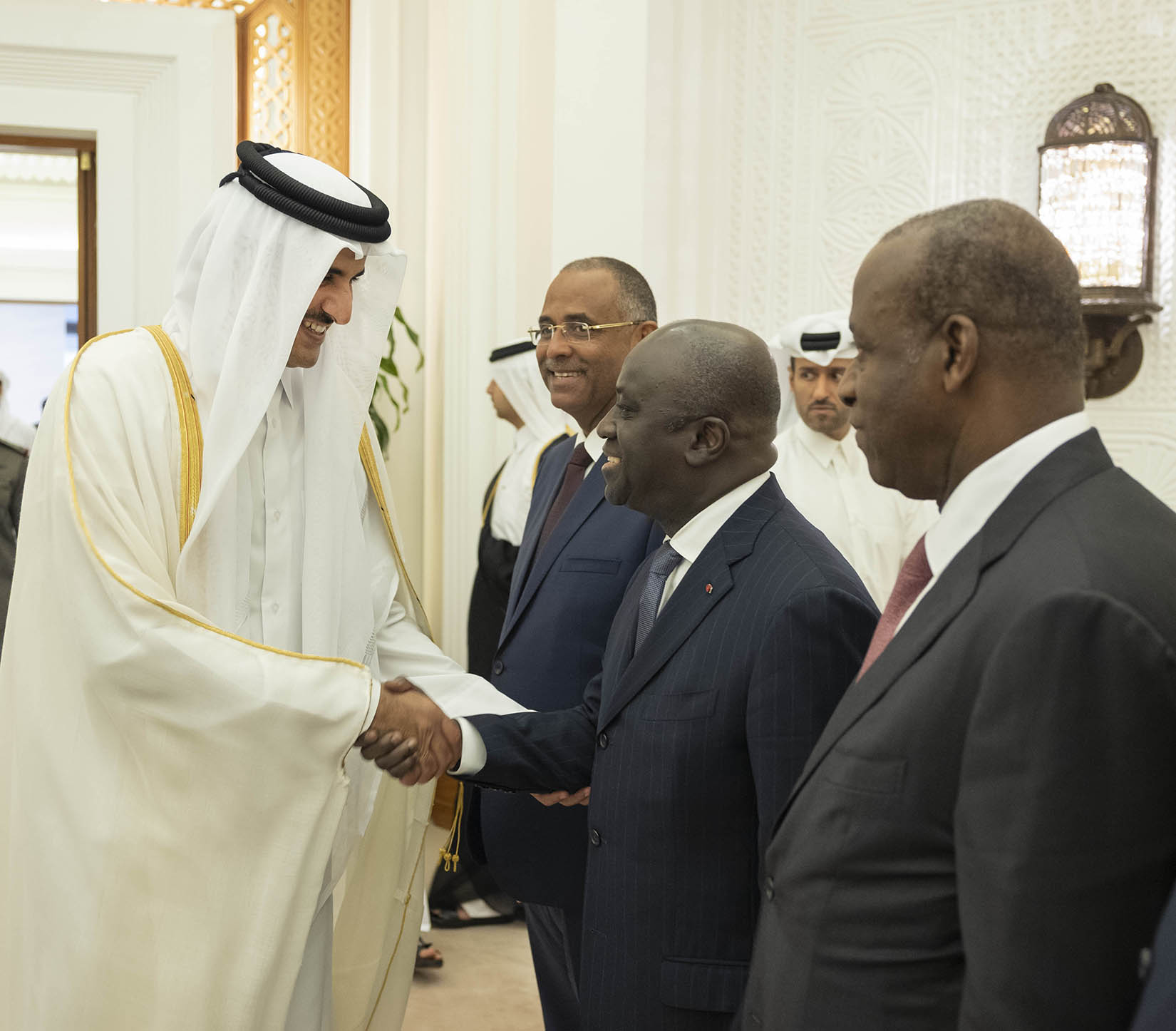 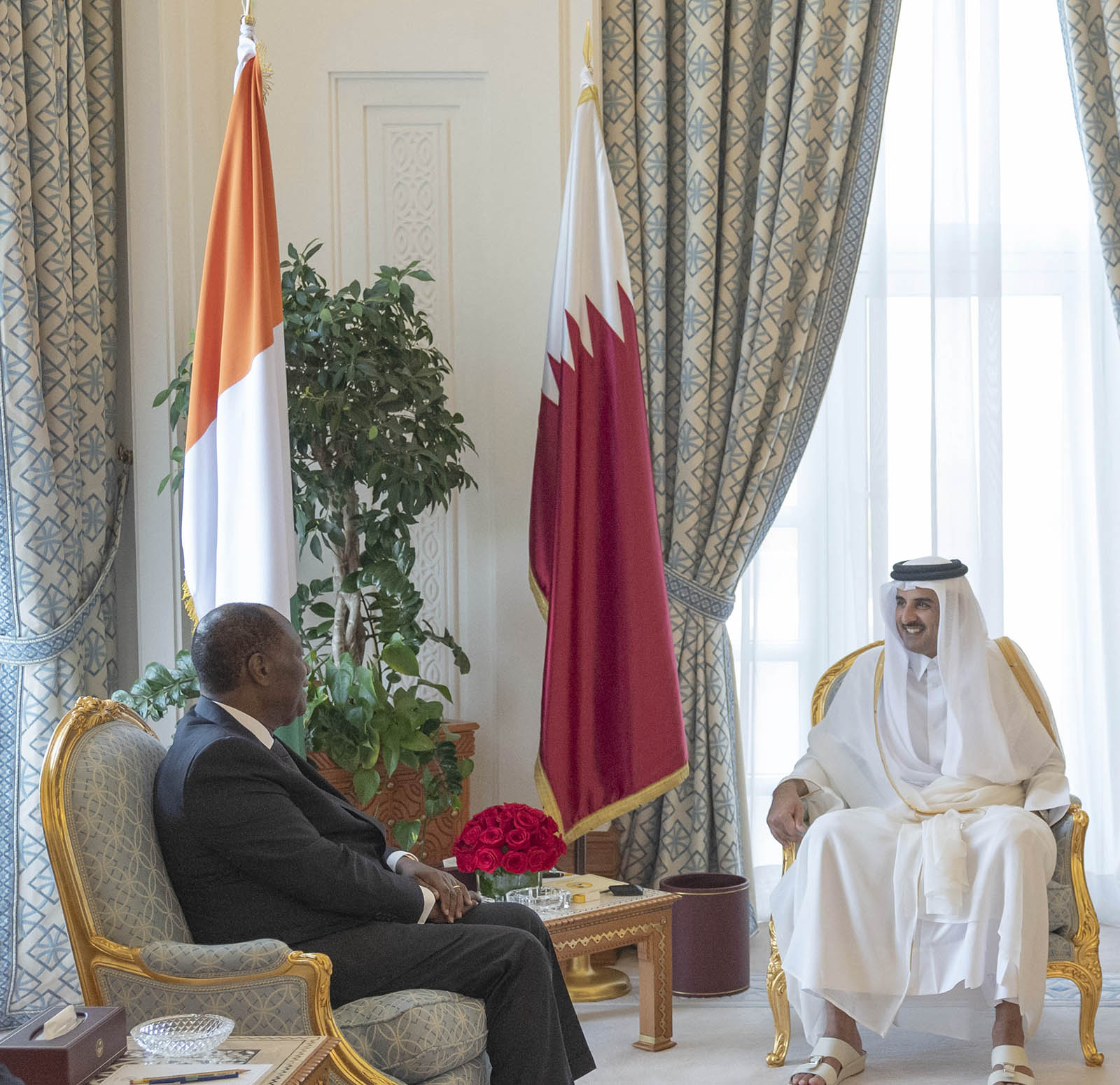 His Highness The Amir Sheikh Tamim bin Hamad Al Thani held an official talks session with HE President of Côte d'Ivoire Alassane Ouattara at The Amiri Diwan on Monday.

At the beginning of the session, HH The Amir welcomed HE the Ivoirian President and his accompanying delegation, wishing them a pleasant stay and hoping that the visit contributes to promoting the friendly relations and develops cooperation between both countries in various fields.

For his part, HE the President thanked HH The Amir for the warm welcome and hospitality, expressing his content to visit Qatar for the second time. He also praised the strong bilateral relations and looked forward to further develop the cooperation to achieve the interests of both countries and their peoples.

During the session, HH The Amir and HE the President discussed means to promote the bilateral relations and develop the cooperation, especially in investment, education, infrastructure and agriculture. The talks also touched on the most prominent international and regional issues, especially those related to achieving security and stability in Africa.

The talks were attended by a number of Their Excellencies the ministers.

From the Ivoirian side, they were attended by Their Excellencies members of the official delegation accompanying HE the President.

HE President of Côte d'Ivoire arrived earlier at The Amiri Diwan where he was accorded with an official reception ceremony.