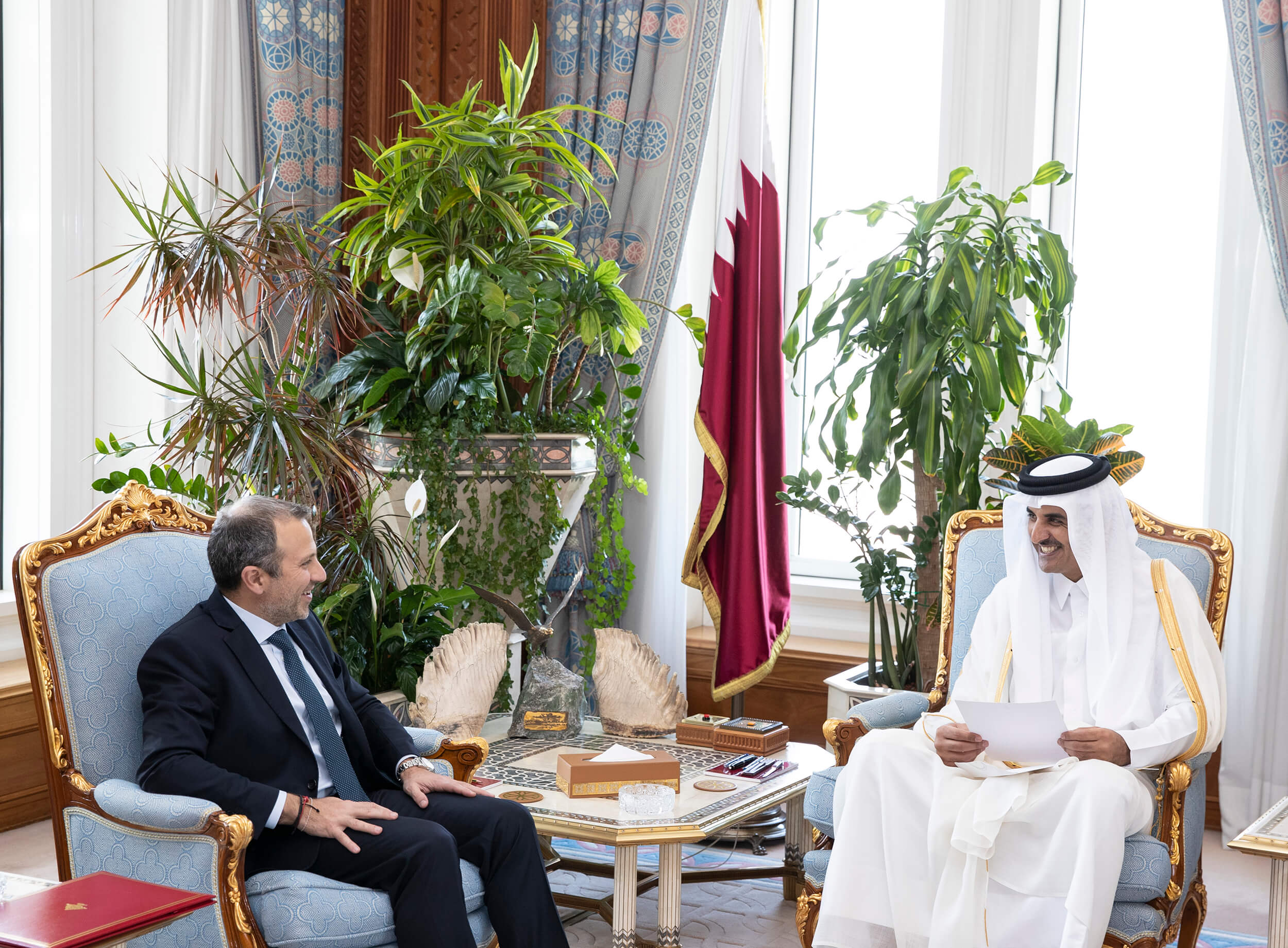 His Highness The Amir Sheikh Tamim bin Hamad Al Thani received a written message from HE President of the Lebanese Republic General Michel Aoun, inviting HH The Amir to participate in the Arab Economic Summit which will be held in Beirut in January 2019.

The message was handed by HE Lebanese Minister for Foreign Affairs and Emigrants Gebran Bassil as HH The Amir received him and his accompanying delegation at the Amiri Diwan Office this morning.