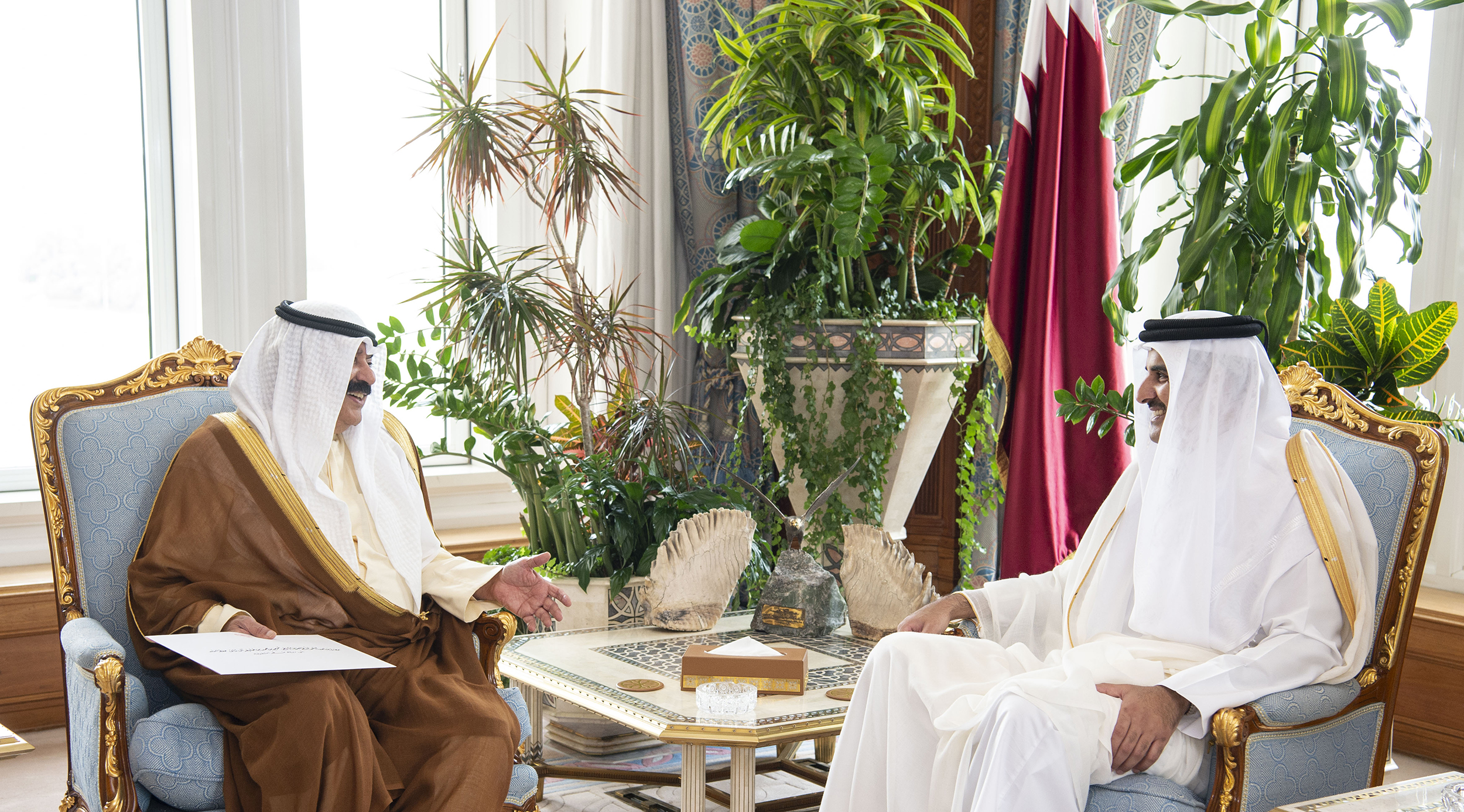 His Highness The Amir Sheikh Tamim bin Hamad Al Thani received on Wednesday a written message from HH the Amir of the fraternal State of Kuwait Sheikh Sabah Al Ahmad Al Jaber Al Sabah, pertaining to the deep fraternal relations between both countries and means of enhancing and boosting them, in addition to a number of issues of common interest.

HE Kuwait's Deputy Minister of Foreign Affairs, Khaled Al Jarallah, handed the message today during a meeting with HH The Amir at his Amiri Diwan office.