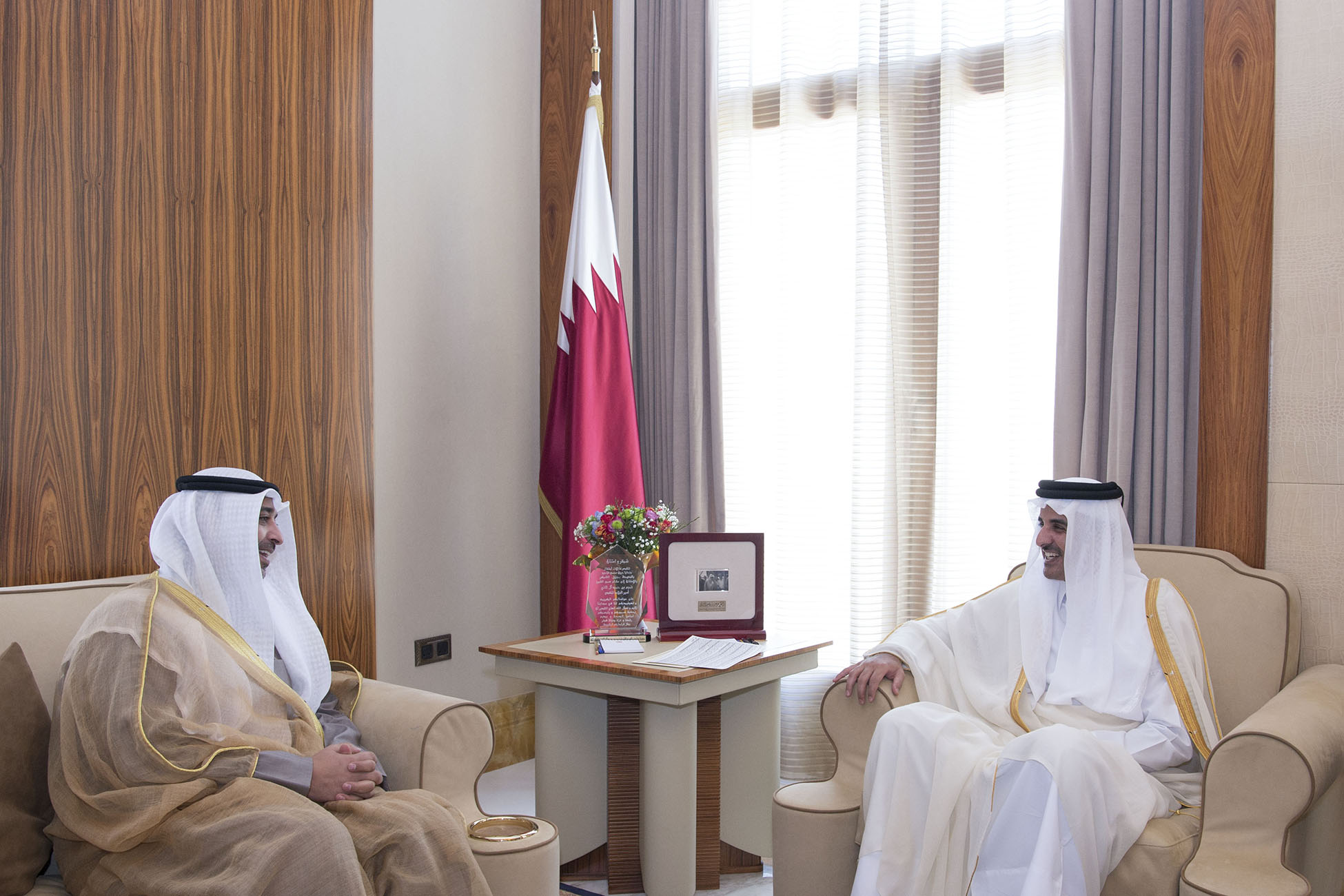 His Highness The Amir Sheikh Tamim bin Hamad Al Thani received on Monday a written message from HH the Amir of the sisterly State of Kuwait Sheikh Sabah Al Ahmad Al Jaber Al Sabah, pertaining to the strong relations between both countries and means of enhancing and boosting them. The message also extended Kuwait's thanks to Qatar for its effective participation, at an official and people's level, in the national celebrations held in Kuwait.

HE the Envoy of HH the Amir of Kuwait, Sheikh Mohammad Al Abdullah Al Mubarak Al Sabah, Deputy Minister of Kuwaiti Amiri Diwan Affairs, handed the message during a meeting today with HH The Amir at Al Bahr Palace.

At the outset of the meeting HE Deputy Minister of Kuwaiti Amiri Diwan Affairs conveyed to HH The Amir the greetings of HH the Amir of Kuwait, wishing him good health and happiness and to the people of Qatar continuous progress and prosperity.

For his part, HH The Amir entrusted HE the Deputy Minister of Kuwaiti Amiri Diwan Affairs with his greetings to HH the Amir of the State of Kuwait Sheikh Sabah Al Ahmad Al Jaber Al Sabah, wishing him good health and well-being and to the Kuwaiti people further progress and prosperity.